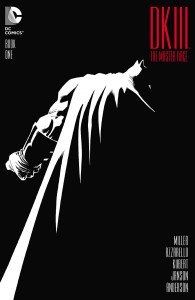 Legacy. It’s something we all ponder more than we think or want to admit. And it’s the backbone of The Dark Knight III: The Master Race in more than one way.

Frank Miller’s seminal work, The Dark Knight Returns, debuted in 1986 and changed the industry overnight. While some credit the story with once again making the Batman a dark vigilante in the comic book medium, something that should actually be credited to Denny O’Neil more than a decade prior, it did garner much mainstream attention and showed those unfamiliar with the medium that comics were a force to be reckoned with and weren’t just kids’ stuff.

In 2001, a sequel in the form of The Dark Knight Strikes Again! hit stands and was markedly different from the original. While it was also a reflection of its time, it wasn’t as well received by fans, myself included.

DKIII redeems that legacy. Miller has returned with a solid writing partner in the form of Brian Azzarello (Batman: Broken City, Joker) and has treated fans to what could very well be the next definitive Batman story. The dialogue and slang very much evoke DKR. In fact, this book feels more like a proper successor to the original than the 2001 sequel did.

Penciller Andy Kubert, no stranger to Batman himself, channels Miller rather well with his artwork. And it’s not just the drawings – the layouts and grids are consistent with what we’ve come to expect from an entry in the Dark Knight series. It also helps that he’s joined by inker Klaus Janson, who has elected to return to this world 30 years later.

As alluded to earlier when I discussed a past entry in the series, this book keeps the tradition of being a reflection of the time it takes place in. We see many analogs for modern media figures as they debate a Batman who has once again returned from the shadows.

Another thing this book does is focus on women of the DC Universe. Wonder Woman is prominently featured as is the daughter she and Superman had together, Lara. I have a strong feeling that Lara and Carrie Kelley will be the deciding factors in this book the way that Clark Kent and Bruce Wayne were in the original. Again, legacy.

The cliffhanger, which I won’t spoil, is rather shocking, although I don’t quite believe it. When something happens on the last page of a comic book, the reverse is often revealed to be true in a subsequent issue. Regardless, the authors have me and no doubt many other readers hooked.

While this eight issue mini-series doesn’t kick off with an issue as thick as its predecessors, the overall work will likely feel just as thick as previous volumes in the end, so don’t feel that you’re short-changed by this. It sets up what will no doubt be an epic story extremely well. Issue #2 will be here before you know it and that’s where it will probably hit the fan with a vengeance. 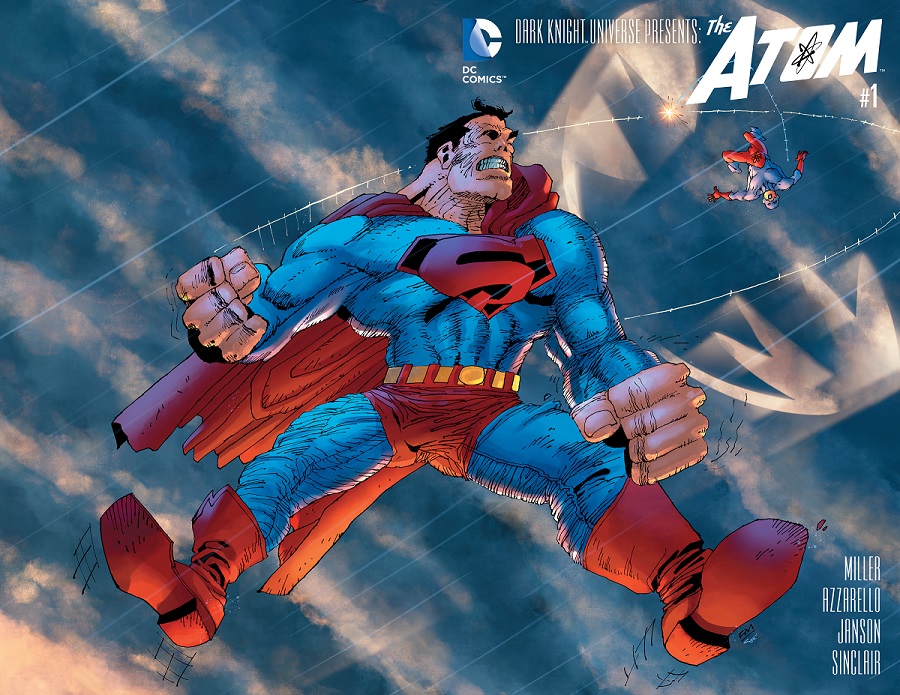 Each issue of DKIII will include a mini-comic, Dark Knight Universe Presents. This particular one focuses on The Atom/ Ray Palmer. Seeing as how it technically is a separate work, I feel it deserves a small review of its own.

This complementary chapter is a rather introspective look at Palmer as he reflects on his discoveries and his past with the Justice League. It takes place after the main story and should be read as such. It’s not too intensive of a read and should in no way be ignored.

Lara shows up with the Bottle City of Kandor. Something tells me it will play a huge role in the main series. I wonder what else these mini-comics will present in the future.

DC All Access: Dark Knight III – Frank Miller Talks About the Inspiration For the Batman Epic