Most of us know the up and down life of Beware the Batman. It debuted on Saturday morning on Cartoon Network, aired 11 episodes, went into hiatus, released “Season One Part One: Shadows of Gotham” on DVD/Blu Ray (with 2 unaired episodes) and is now finishing its final 13 episode run on Cartoon Network… Sundays at 3 a.m.! 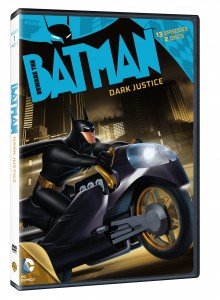 The 2-disc DVD (and probably Blu Ray) release is expected to hit store shelves on September 30. Here’s a list of the episodes featured:

Of course, the release date is subject to change. As far as special features are concerned, nothing has been announced, but I can assume we’ll get the same as the first release (none).