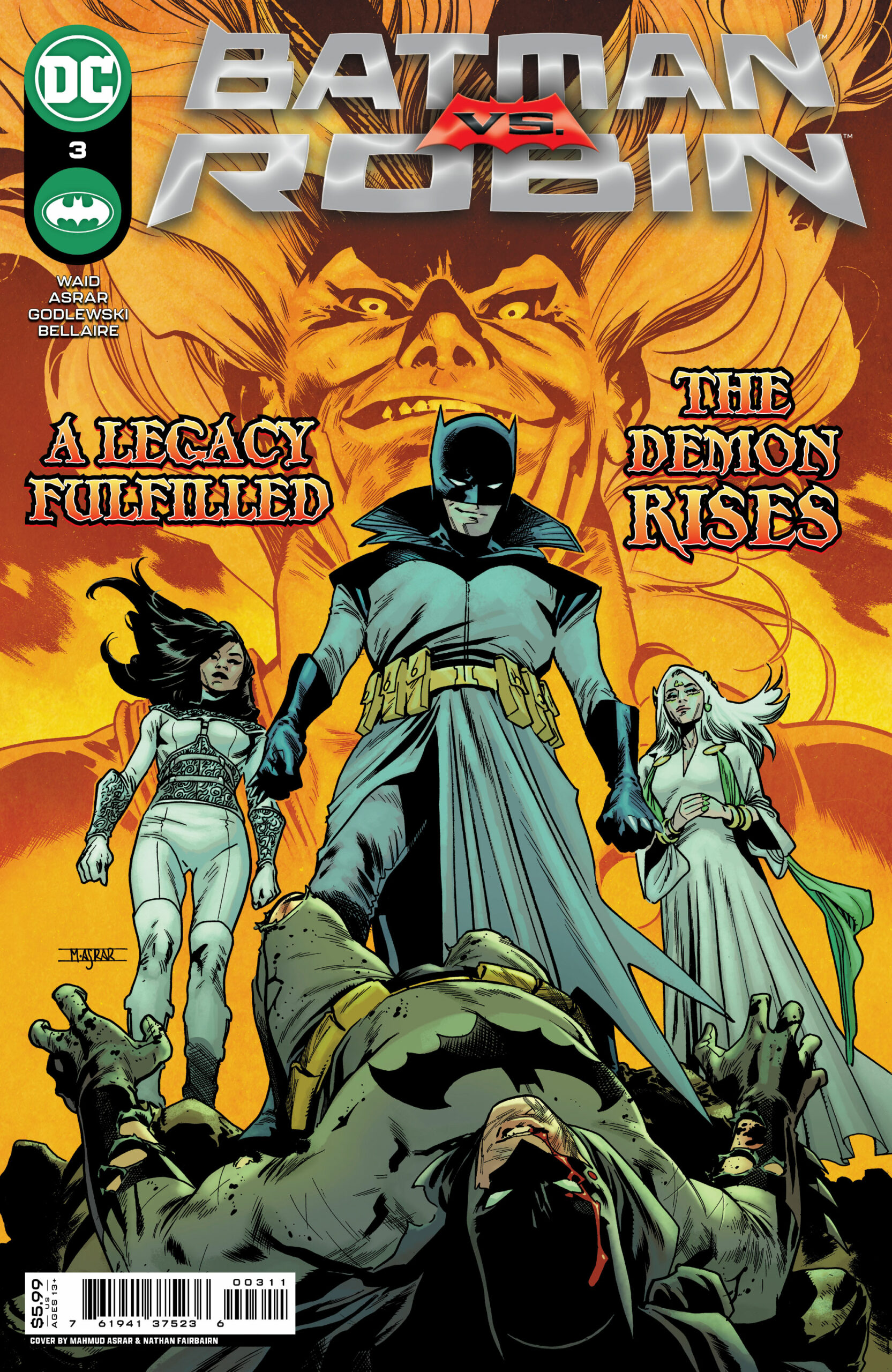 Batman Vs Robin #3 really kicks into high gear! After two rounds with the Dark Knight on the run, (at first literally after being attacked in his own home by Damian Wayne, and then being thrown from one end of the Houses of Secrets and Mystery to the other to learn what’s been going on in Damian’s recent past), we now have round three, where Batman starts to take the initiative – even if it involves intentionally walking into what looks to be a trap.

Batman and Alfred fly to Lazarus Island intending to take the fight to Damian. The odds are completely stacked against him, as he’s without his arsenal of weapons and gadgets, and unable to call on the Bat Family for help. The one person he’s trusting with him has also just returned from the dead. The World’s Greatest Detective is granite-faced and down to just his wits and his fighting skills… which are still pretty formidable, when you think about it! 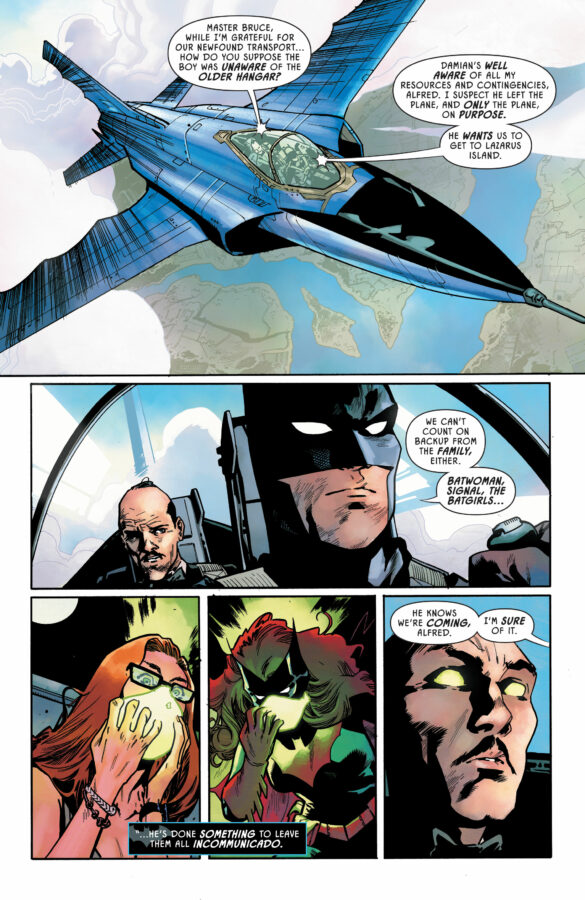 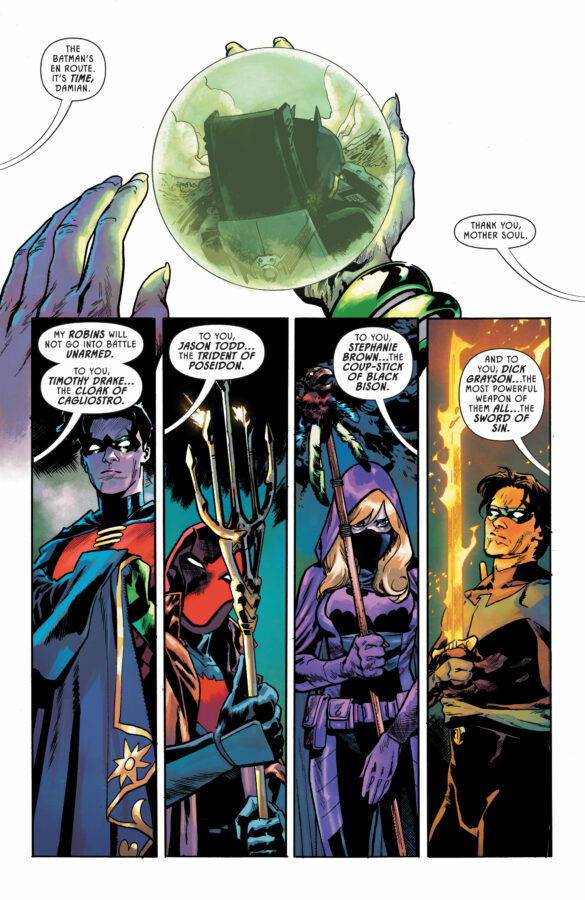 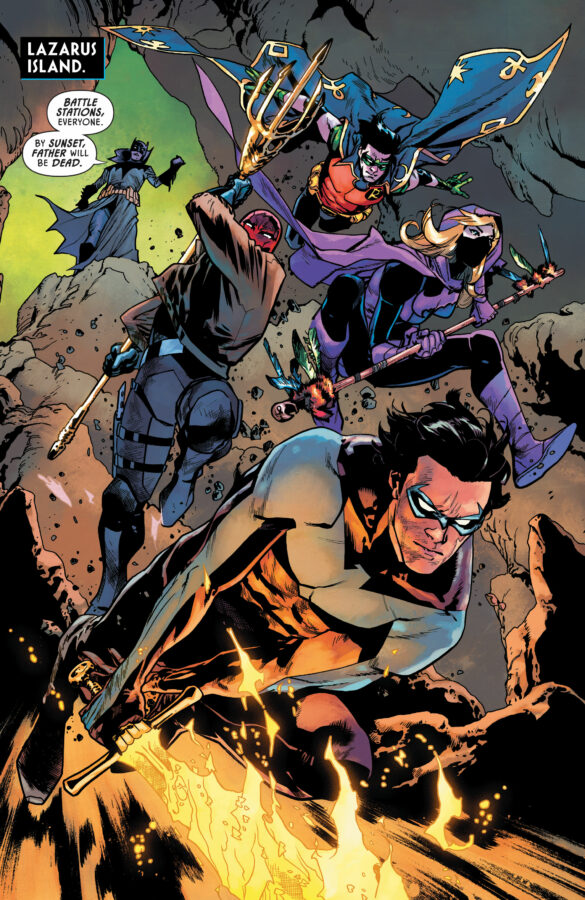 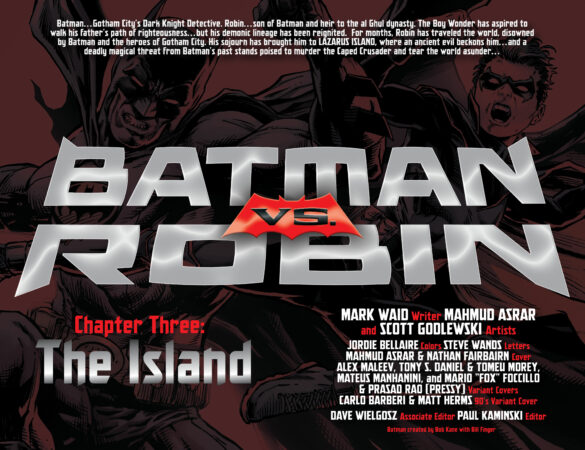 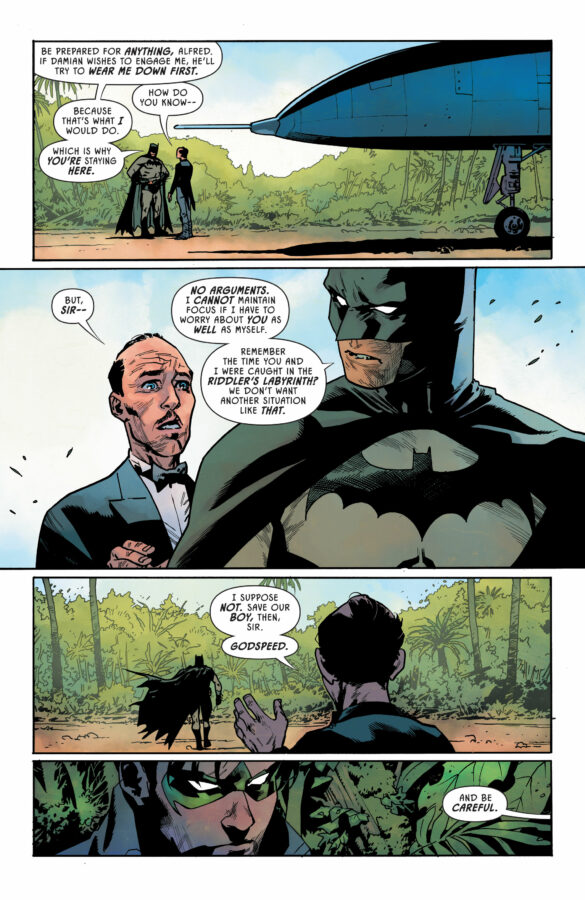 It feels like a pared-down Batman is exactly what writer Mark Waid is after showcasing in this series, as he continues to deconstruct him. In this issue, he’s forced to confront the decisions and actions of his past because, as he makes his way across the island, he finds himself up against the former Robins who are all under mind control. To make matters worse, they’re also wielding magical weapons, such as the Trident of Poseidon and the Sword of Sin. Once again, this is a great title if you’re into DC history-spotting.

As well as putting Batman under all this pressure, it’s also the issue that begins to tease where the series is heading. We know that this story will lead to big things for DC (head over to our coverage of the upcoming Lazarus Planet event storyline tease if you missed it) and there’s a crucial bit of information here delivered by a character from the Monkey Prince series that you won’t want to miss out on. 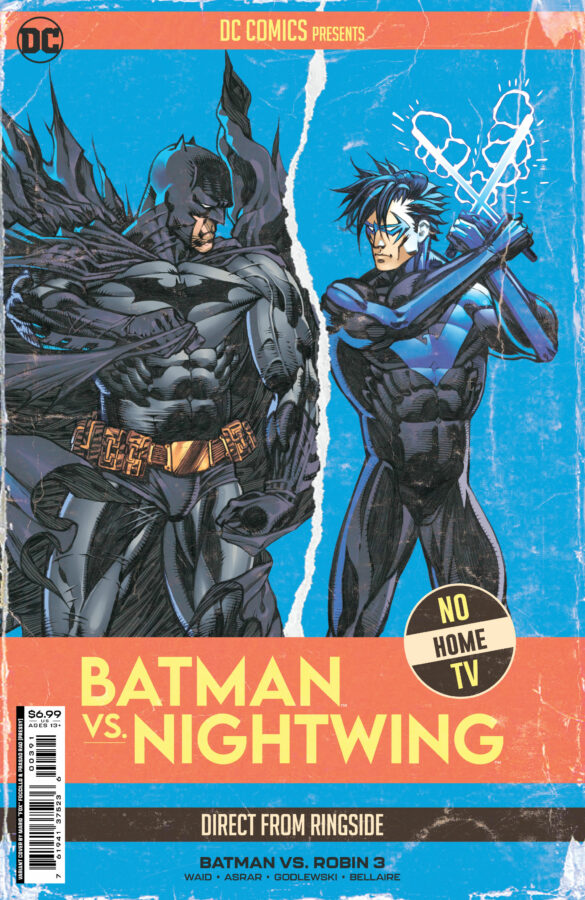 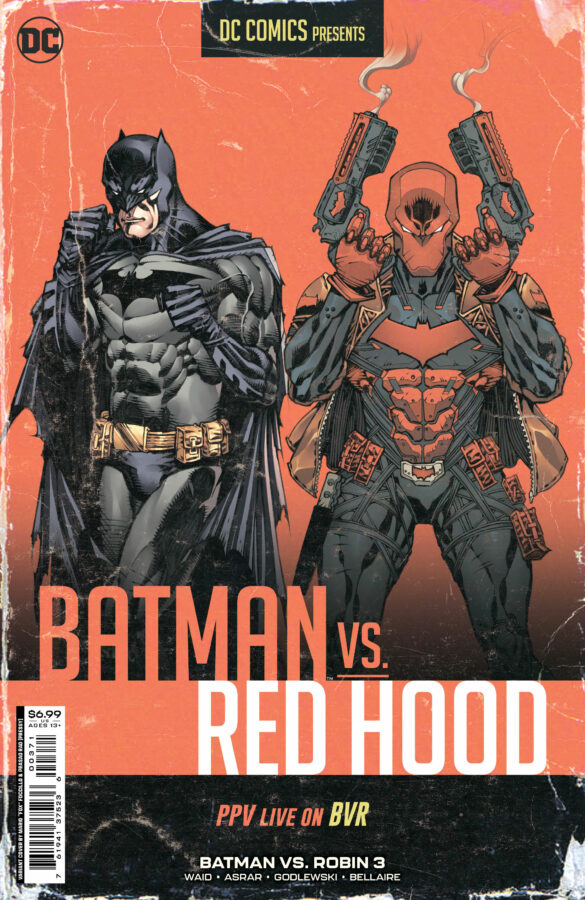 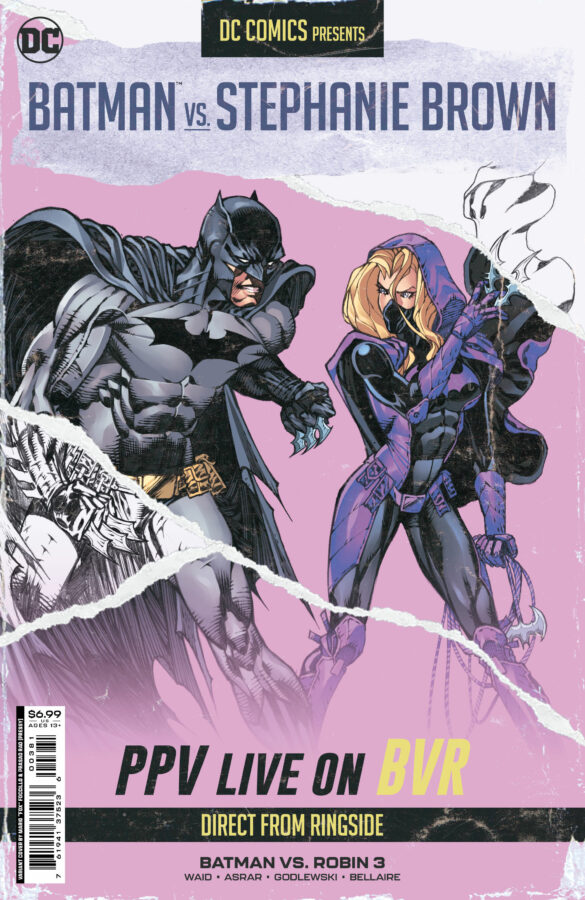 Waid deftly handles the plotting to balance between story exposition and the battle sequences, which are crucial, not only because they involve the likes of Batman versus Nightwing, but each of the Robins he confronts brings issues intending to prey on Batman’s insecurities. Each one of them forces him to confront decisions he’s made in the past. Imagine all your kids turning up to tell you how much you messed them up!

It’s important to note illustrators Mahmud Asrar and Scott Godlewski here manage to make each fight count in barely a few pages, whilst also staging the conversation scenes dramatically enough that they don’t feel like an unwanted drop in pace. They also give us a Batman who, thanks to the cowl, is practically unreadable and therefore like a relentless machine. That is until the last two pages when the mask comes off and then is put back on again for an emotional punch to the story that Waid allows to be conveyed almost entirely without words. It’s a moment that makes you feel, even without an ounce of superpower, that Batman is invincible. 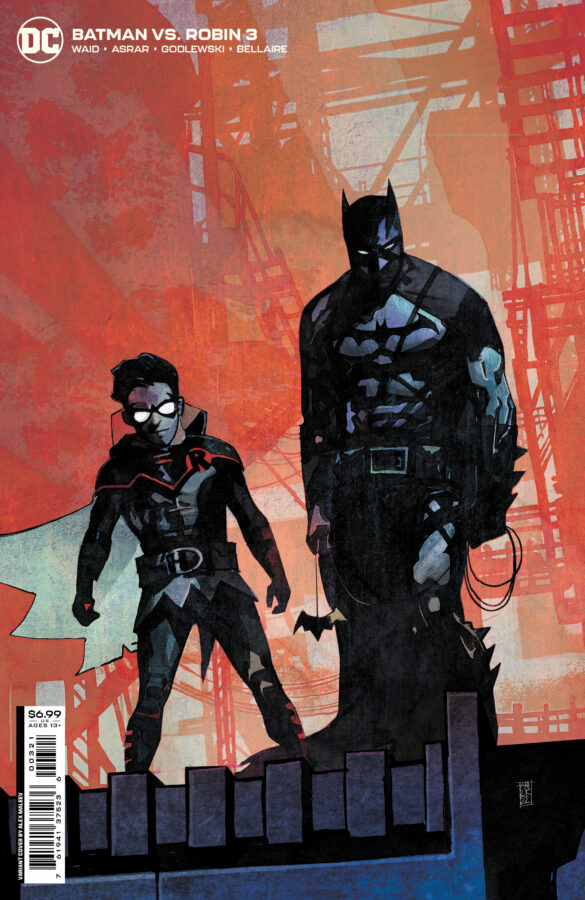 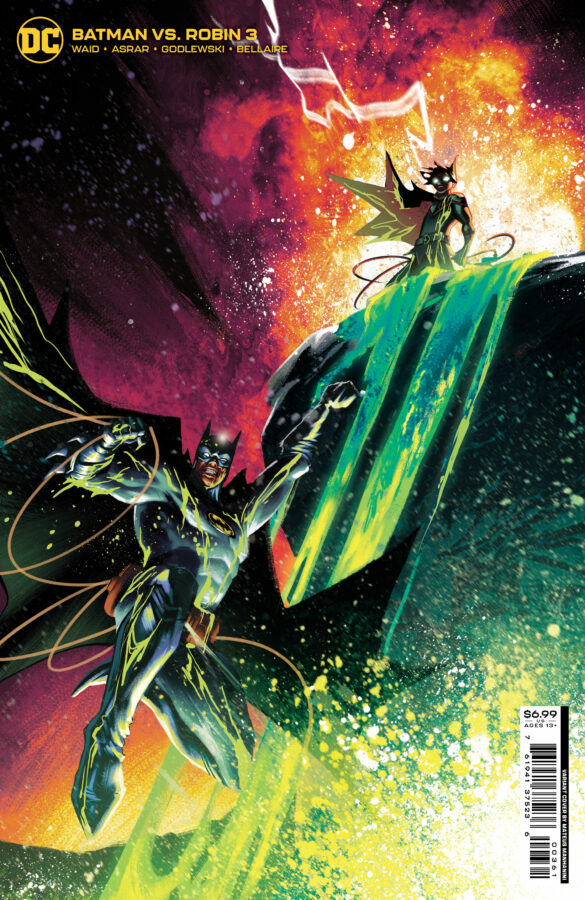 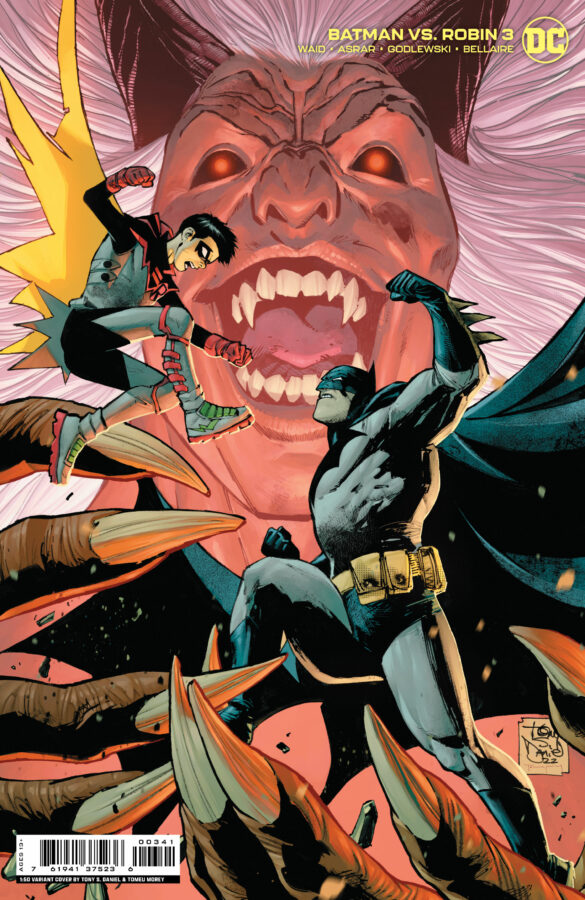 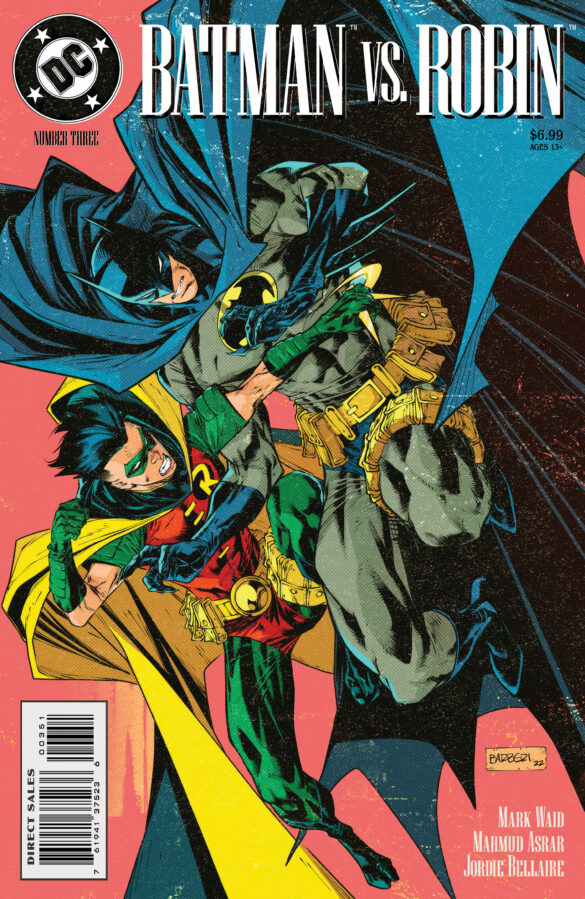 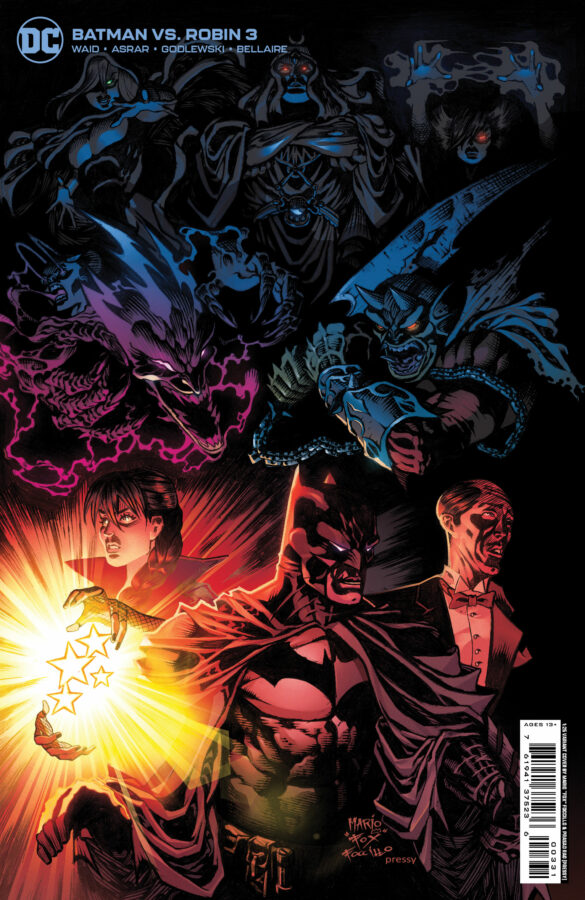 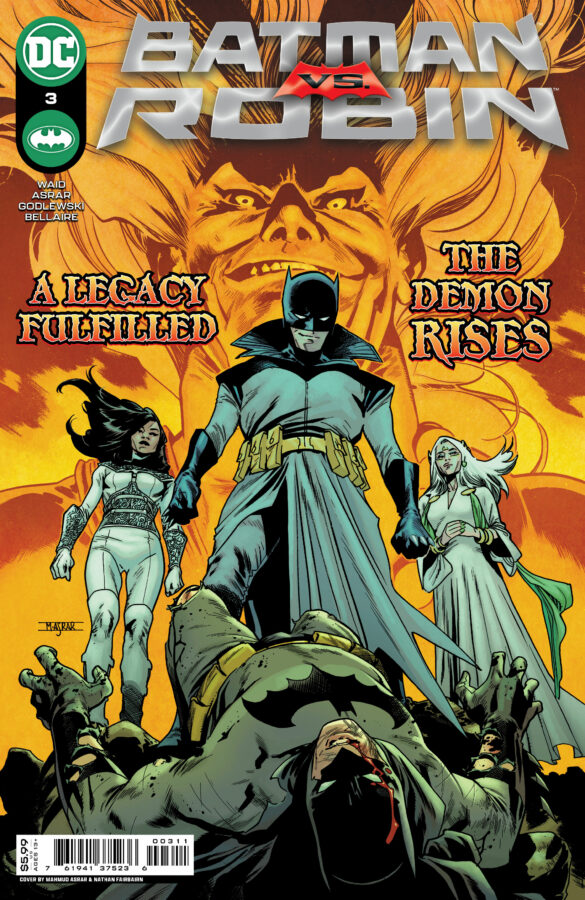 Three big fights, Damian’s story, the introduction of Devil Nezha’s plot, plus a Batman who’s confronting his past actions with the previous Robins. It sounds like too much for one issue, and it almost is. Each fight with a Robin could’ve been half a comic on its own. That aside, Batman Vs Robin #3 juggles everything well while still finding space for a meditation on the theme of parenthood which gives the series its emotional weight. The importance of both story and character in this series continues to build impressively.