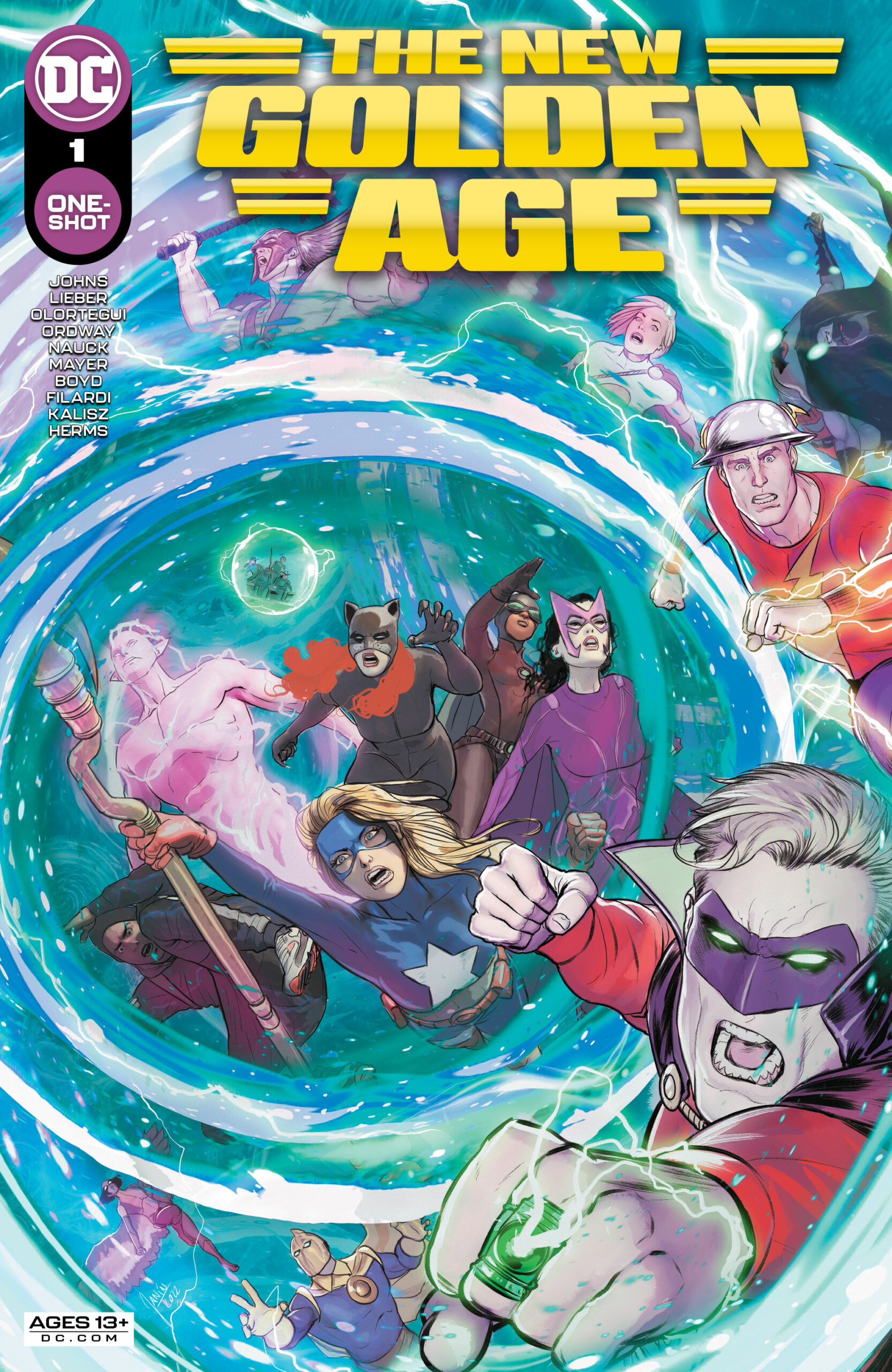 The Golden age of heroes, when the brave men and women stood tall to fight in a war to save the world… but who’s missing from the team photo? What legacy do they leave behind? Find out in The New Golden Age #1

Chill Down My Spine

Full disclosure. I love Geoff Johns’ work. If you read this review with that in mind, try and read it as if I’m a big gushing fangirl that would get him to sign my everything. 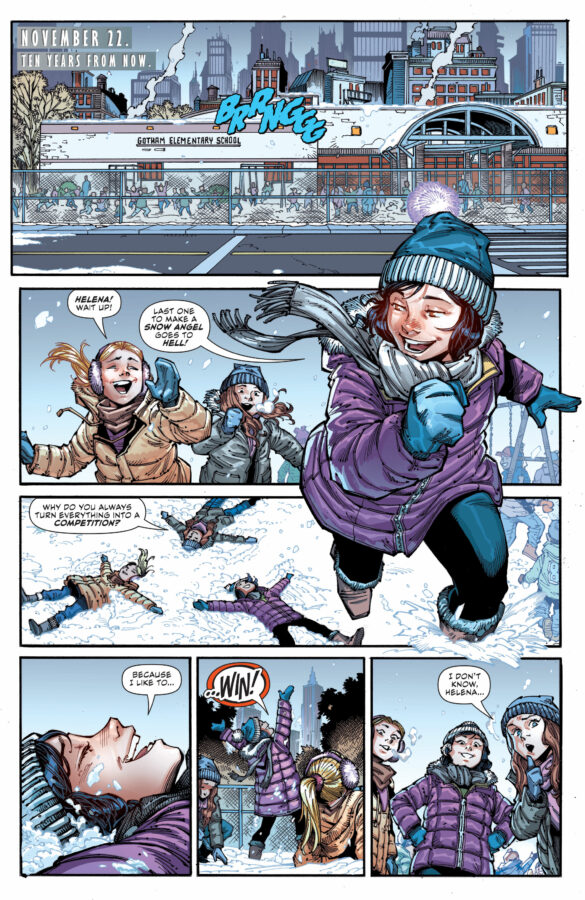 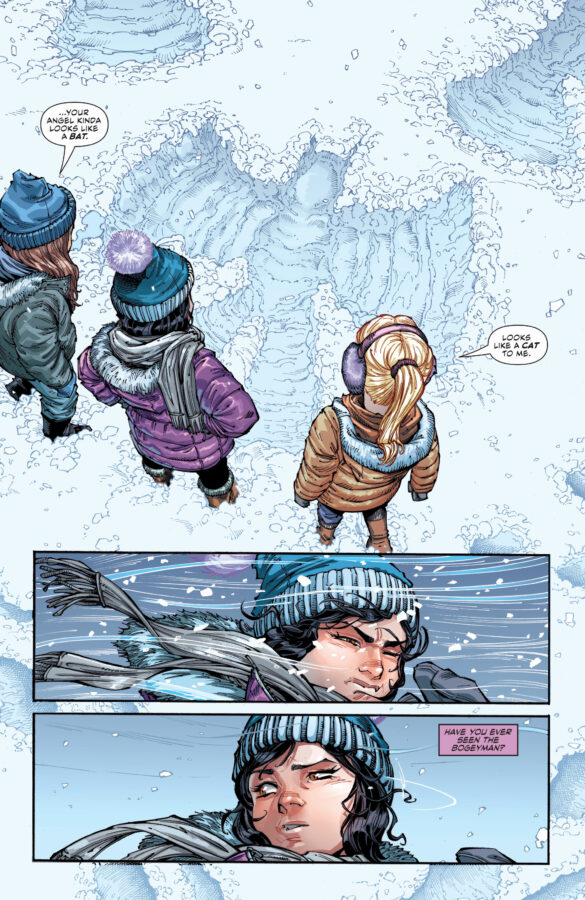 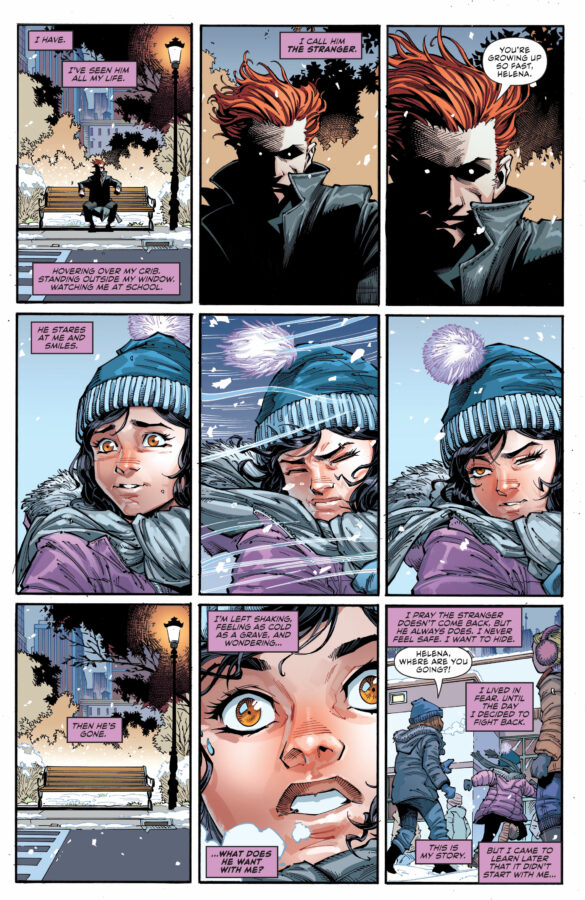 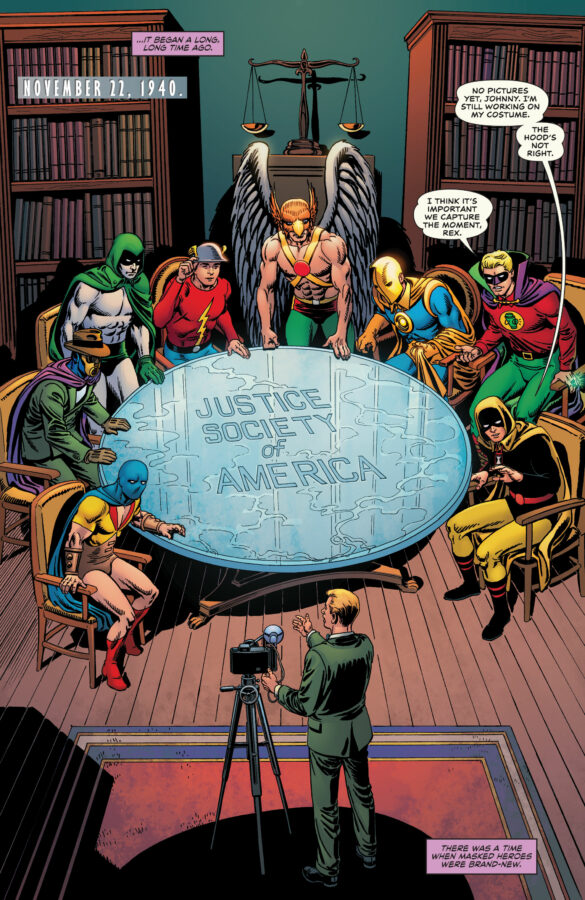 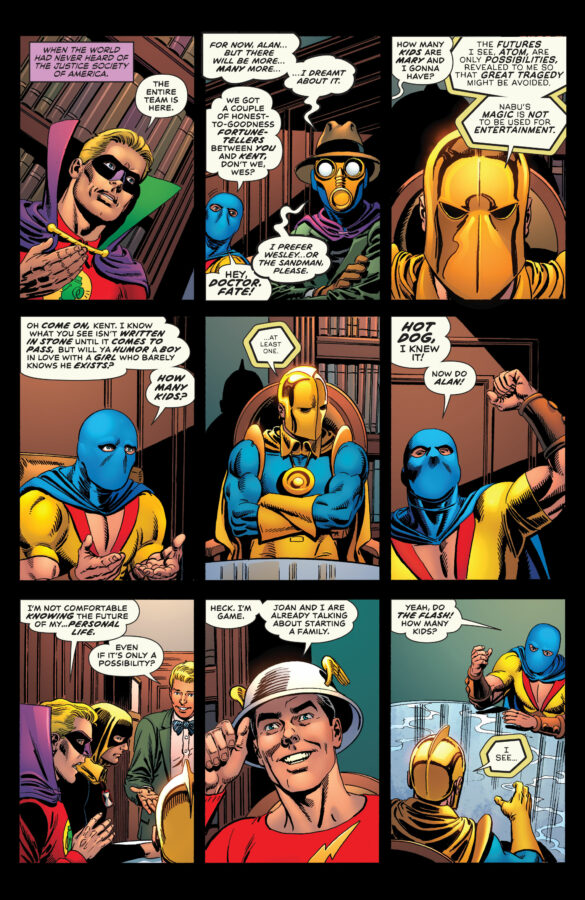 Begin Review. Whenever I pick up a story written by Geoff Johns, I go in with high expectations. His writing style and storytelling ability are in a league of their own. Pick up anything he’s written for DC and see for yourself! This is the man who revitalized the company in the early 2000s. He brought back all of the Golden and Silver Age heroes who had moved on through other stories, and he also delivered the Best JSA run I’ve ever read.

Funnily enough, people have always said that he’s a bit of a villain when it comes to legacy heroes – (just ask Wally West). Enter The New Golden Age! A story all about the JSA, the classic first team of superheroes. These are the OGs (I hope I used that right? I’m down with the kids!)

Our story begins with a young girl, (Helena Wayne) talking about a stranger who plagues her life. An evil-looking man who’s always there, and then is gone in a blink. Who could this villain be? What does he have to do with the missing children/ sidekicks?

Who Times The Time Masters?

We then jump around a lot in time during this issue, getting looks at the first meeting of the JSA, a small glimpse of a new team forming in the 31st Century, amongst other times and worlds. This story’s kicking off something big, I can feel it in my bones! If you haven’t read Flashpoint Beyond yet, don’t touch this book, go purchase, rent, or psychically implant that story. As well as being great, it leads directly into this.

This is definitely a big event kick-off book, in the same league as Infinite Frontier #0 and DC Rebirth #1 (also written by Geoff). Flashpoint Beyond was a sequel to the original Flashpoint and it came out at the same time as DC’s current big event Dark Crisis. In all honesty, though, for me, Flashpoint Beyond felt more like a world-changing event than Dark Crisis did. Don’t get me wrong, I loved them both.

If you’re a fan of Dr. Fate, either long-term or just after seeing him in the Black Adam movie and thinking he was cool, this is the story for you. The good doctor has had a rough time of it in recent years. This story, using the magic of time travel, shows us that is no lie! The helm of Nabu is not a blessing but a curse for poor Kent Nelson, and we even see a glimpse of its next/current master Khalid Nassour, with Detective Chimp… but what are they up to?

OMG! We See [REDACTED] and They Are With [REDACTED]?!

Geoff Johns knows how to tease us. He’ll plant the seeds of something in a book he wrote a decade ago and have us on the edge of our seats for as long as he can, before the big reveal. This issue is another perfect example of that. 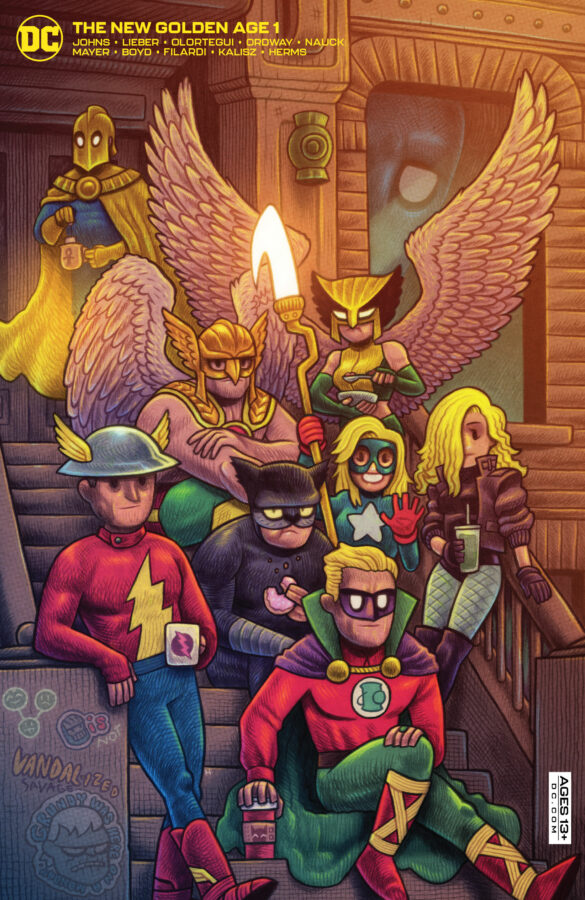 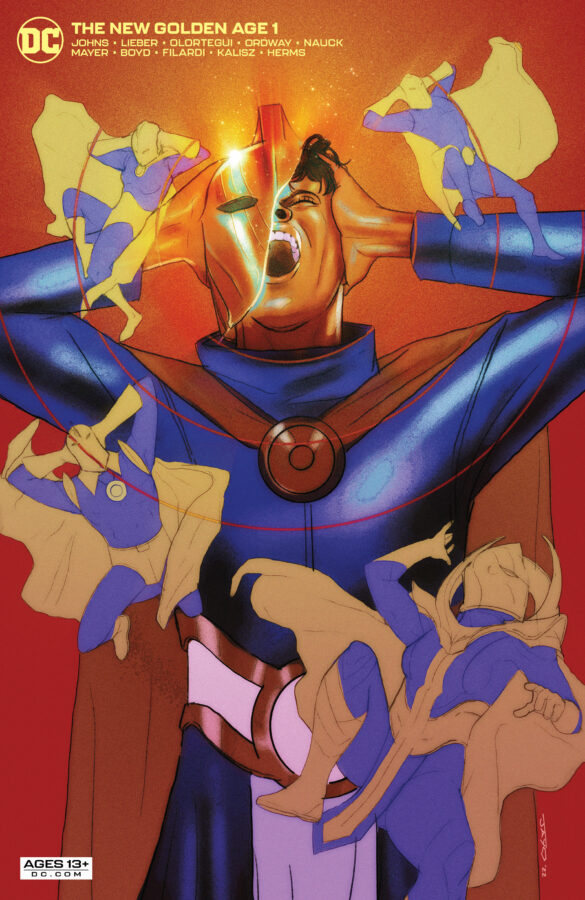 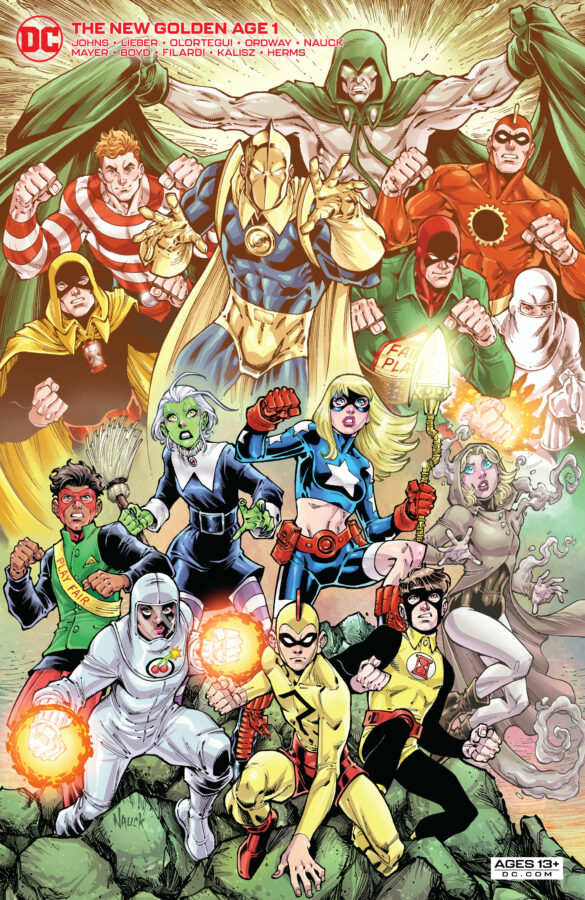 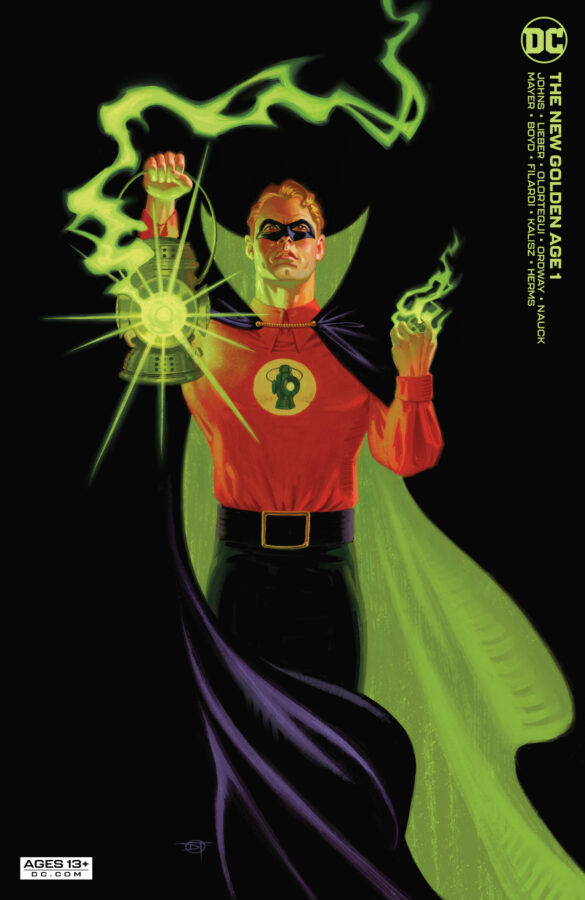 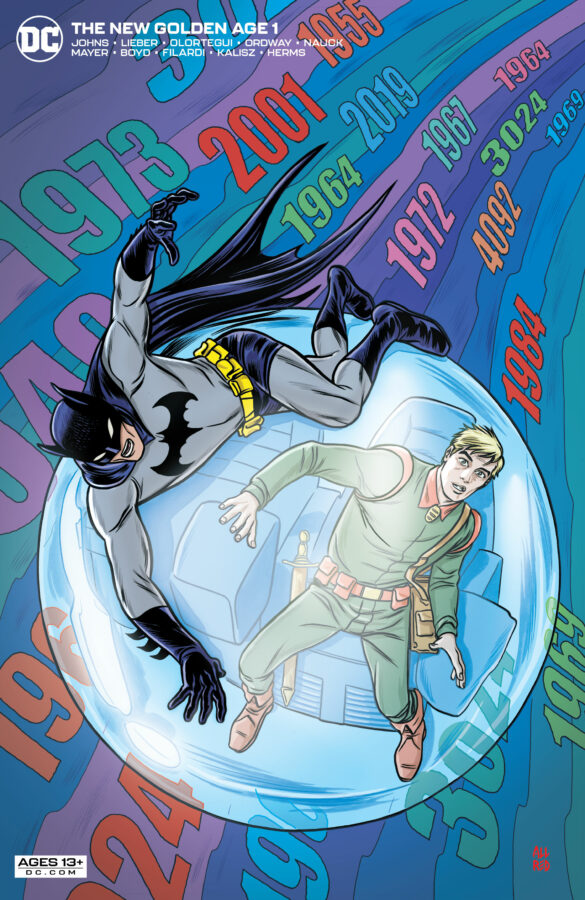 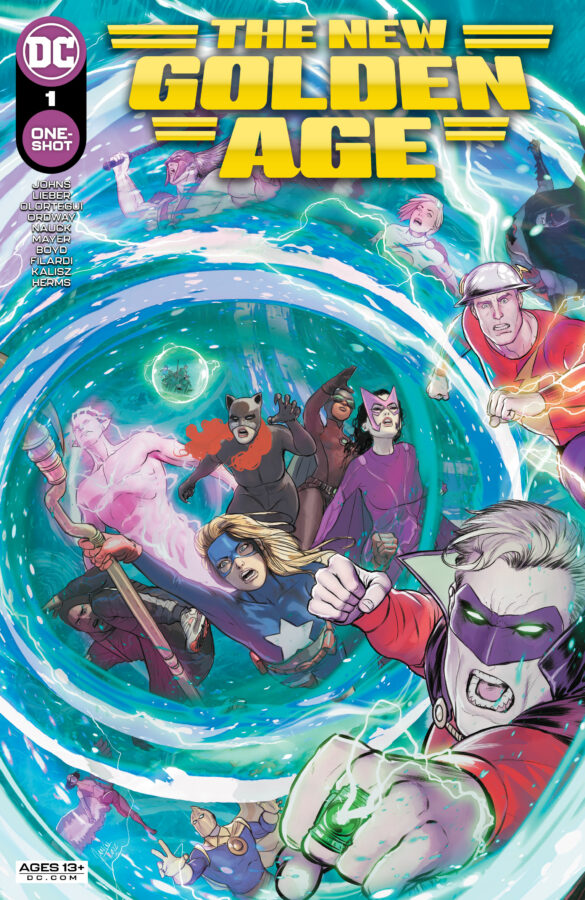 The talent of all the artists in this book is outstanding. As well as making every story fit together and every time period looks slightly different, everything flowed perfectly. It’s not often I say this, but I cannot fault any art/artist in this issue, which is comedy gold as the way their names are written on the title splash page is slightly hard to read. Irony.

Without giving away too many spoilers, this issue shows us characters old and new, expected, and unexpected. I for one will be waiting like a kid on Christmas eve to see where this story goes next.

The New Golden Age #1 is going to lead to something big, something only Geoff Johns could handle. If whatever that is, is any comparison to this, then the next few years of DC are going to be out of this world!