With those eight words, DC announces the first big event to rock 2023!

Anyone who’s read the first issue of the excellent Batman Vs Robin (and that’s everyone, right?) might have already come away with a sneaking sense that something big was growing here… Well, you’d be right! DC has revealed that events in December’s fourth issue will act as the springboard for Lazarus Planet and that BvR writer Mark Waid will be the showrunner for the whole event.

Following the events of Mark Waid and Mahmud Asrar’s Batman vs. Robin #4 this December, the Lazarus Volcano has erupted—spewing dangerous and transformative chemicals into Earth’s atmosphere, resulting in chaos across the DC universe! As these Lazarus clouds rain down upon the planet, people across the globe begin to develop strange new abilities, watch their already-extraordinary abilities change, and witness a whole host of chaos unlike anything the DCU has experienced before!

So that explains the rain we can see in the final teaser picture of the heroes looking rather different, including the front-and-center Batman wearing the Helmet of Doctor Fate. 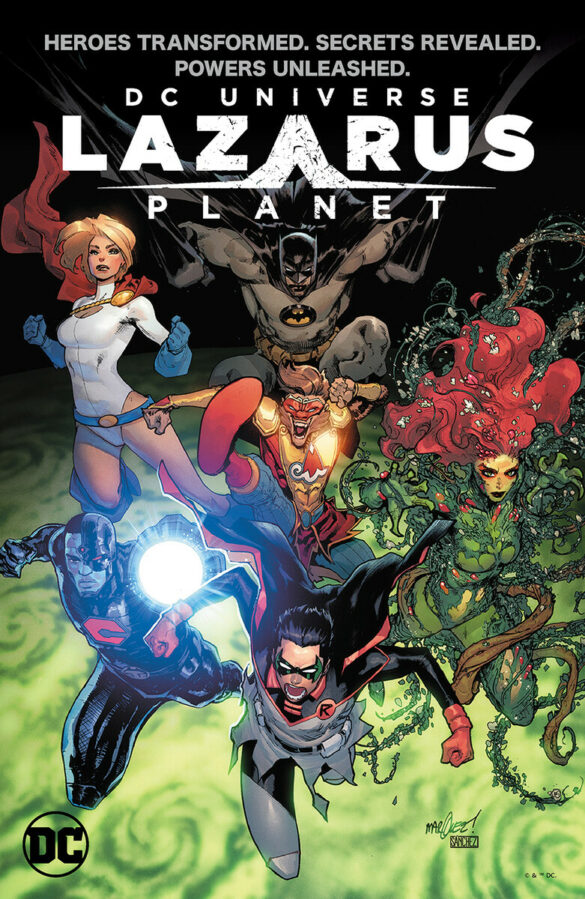 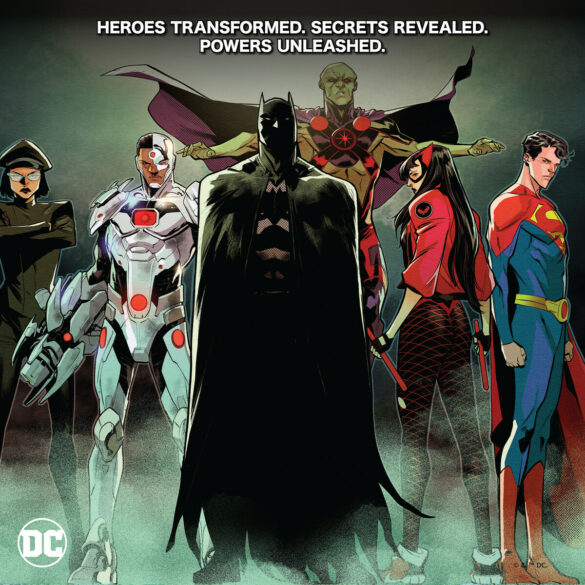 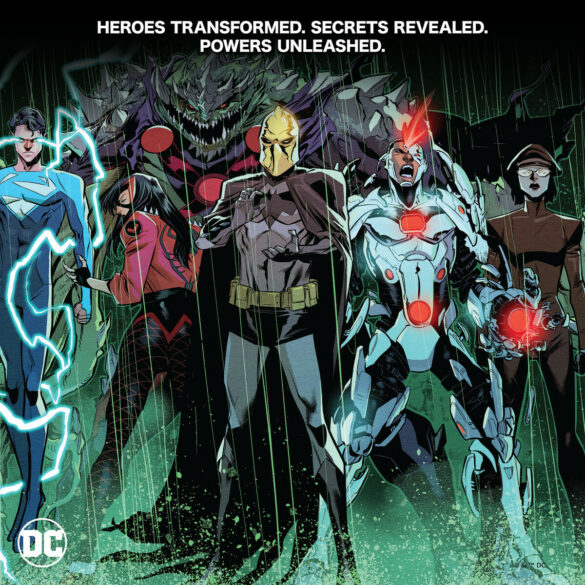 DC then pulls the rather neat trick of teasing information through questions:

Here’s a hint for the last one—Damian Wayne puts out a distress call for whoever can still hear it: come to the ruins of the Hall of Justice and help save the world! Blue Beetle, Power Girl, Cyborg, Batman, and more answer the call…but why could the fate of all life as we know it rest in the hands of…Monkey Prince?

Talk about a rapid ascendancy! The Monkey Prince was introduced to the DCU just this year firstly in DC Festival of Heroes: The Asian Superheroes and then in his own twelve-issue series by Gene Luen Yang and Bernard Chang.

He’s an adopted teen named Marcus Sun, who moved to Gotham City High School only to discover that he has previously adventured through the ancient Chinese novel “The Journey to the West”, can transform into 72 different creatures, and can clone himself using his hairs – and now he’s set to be at the center of a major DCU-spanning event.

Lazarus Planet is set to start in January and begins with the following titles:

Umbrellas at the ready, folks – this is going to be a major storm!