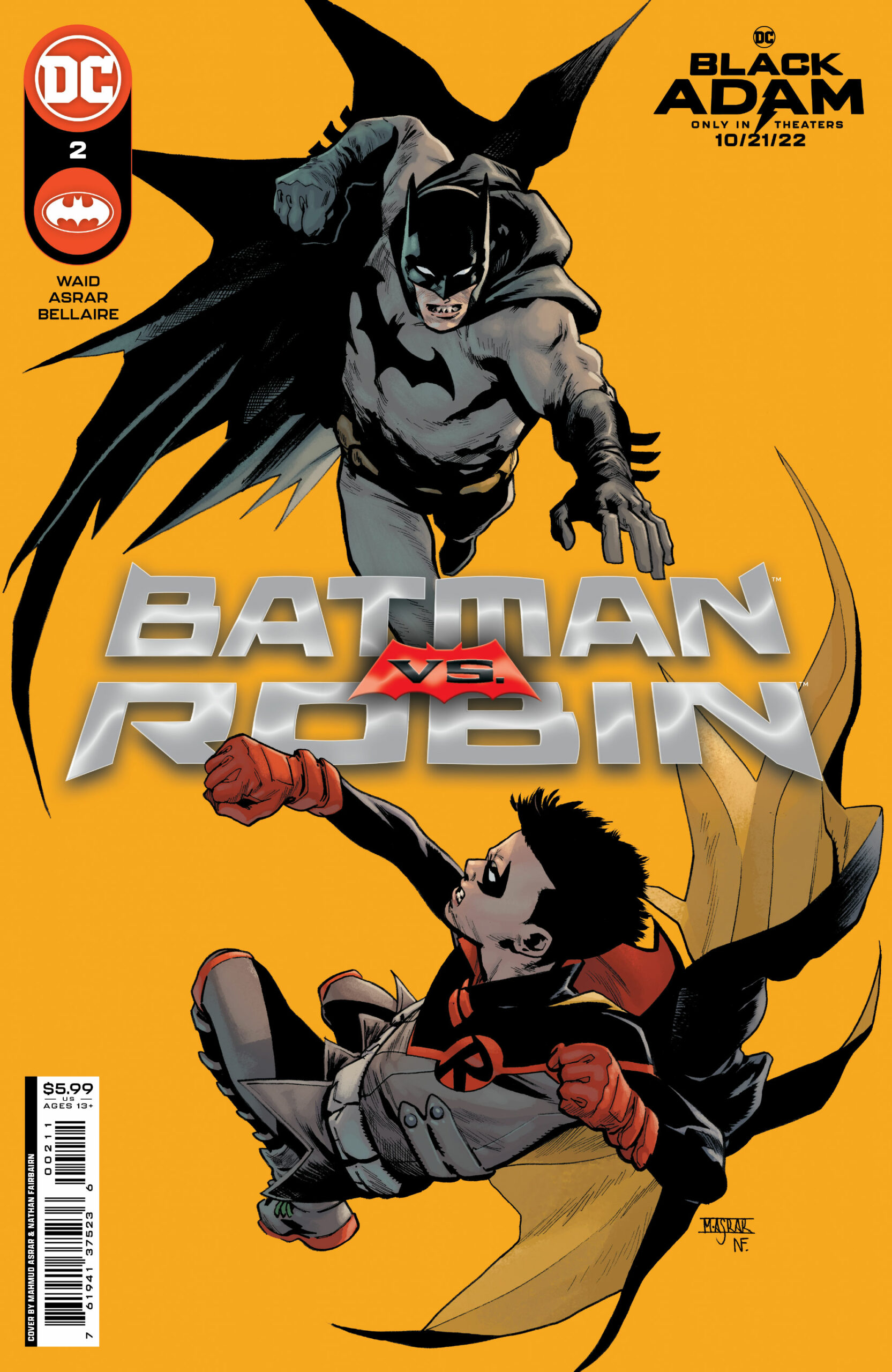 You may want to keep a pad and pen handy when reading Batman Vs Robin #2. That’s not to say that it’s an impenetrable tangle of references within meta-references, it’s just that, as we saw with the first issue, this is one of those series that’s properly routed in the DCU, feeding in and out of old and current stories and characters.

Batman’s history’s in here, Damian Wayne’s backstory is referenced, and every single magic-related character seems to be getting a look-in, even if it’s a passing reference. Fans are already even speculating over whether the series is set before or after Dark Crisis. 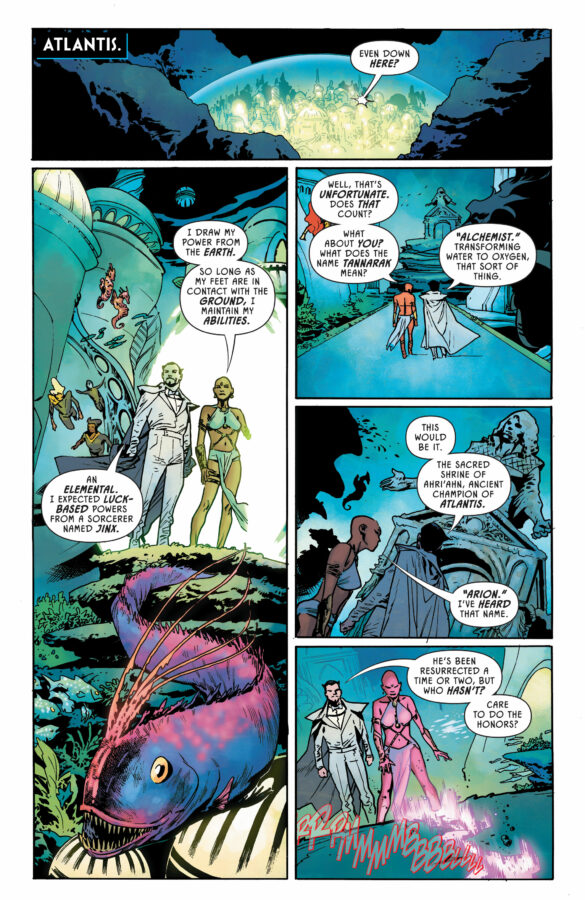 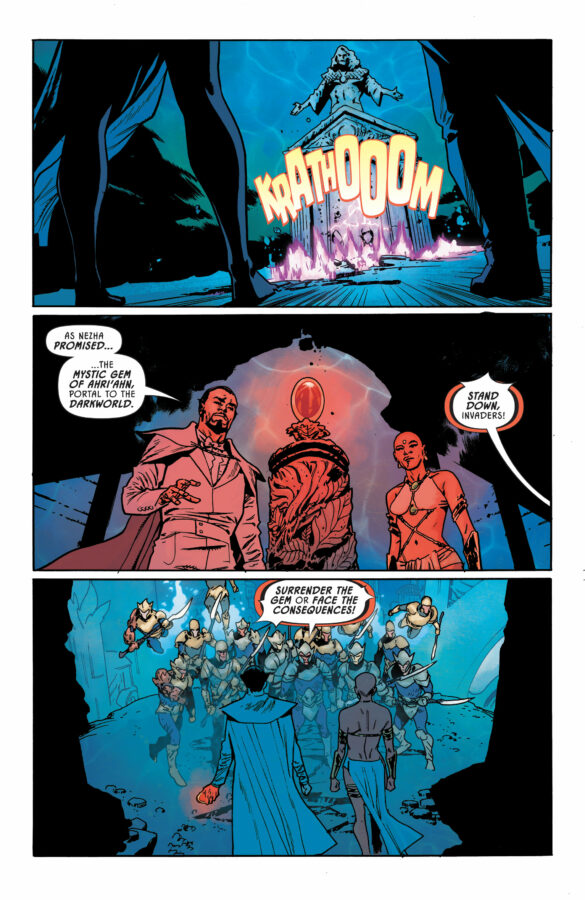 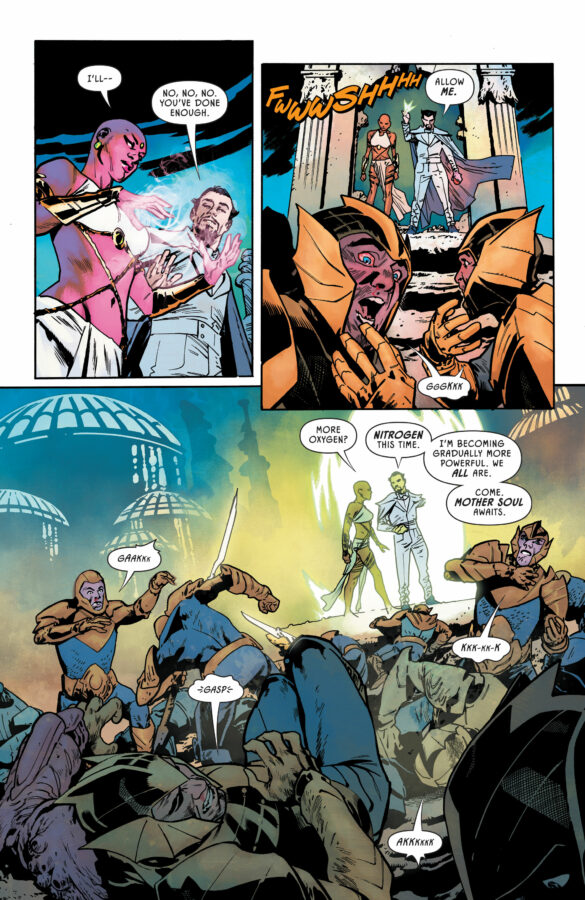 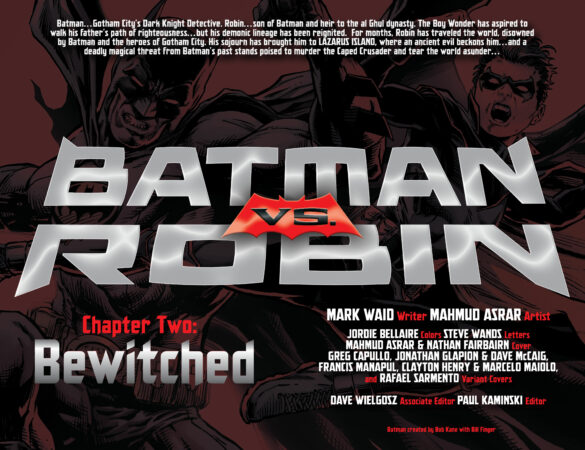 In this issue, Batman, accompanied by Alfred, gets up to speed with Damian’s recent past and discovers what led to him attacking his father in the previous chapter. An issue of exposition always comes with the risk of being more functional than fun, but Batman’s in the magical side of the DCU, so his education comes from being dumped in The House of Secrets. Cue visions of recent events that are in danger of being interactive, dream logic jumps in the narrative, and a host of threatening guides. How much you know about, or want to investigate backstory is up to you but the hints are there.

As for Batman, he’s way out of his depth here. It’s thrilling when he arrives at the House of Secrets and confesses that he has no idea where he is. Puppet imagery is called upon more than once in the issue and Illustrator, Mahmud Asrar, has his work cut out for him. The good news is that he amply rises to the challenge of drawing as many characters as you usually get in an event crossover comic. Plus, with such a disorientating story, he also ensures that we always get a sense of place and that includes capturing the ambiance of both the Houses of Secrets and Mysteries. 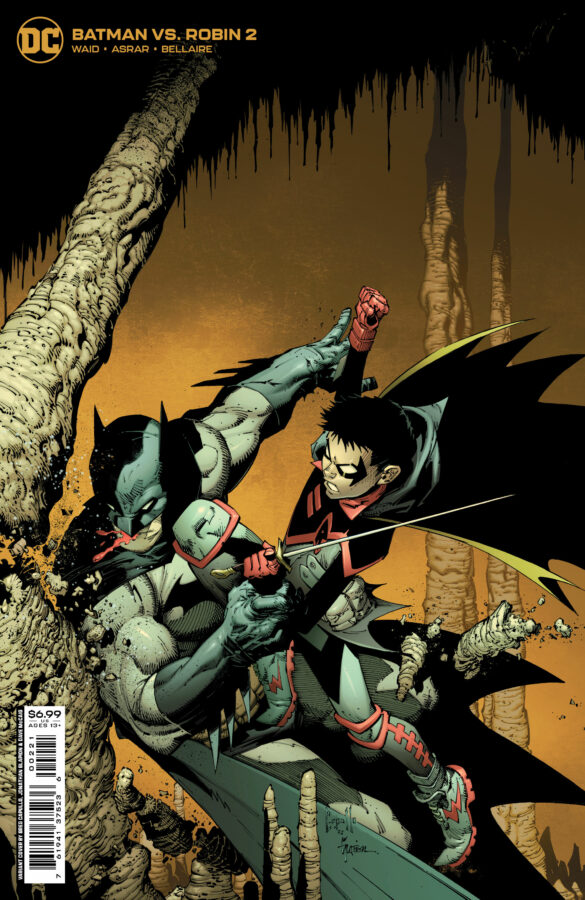 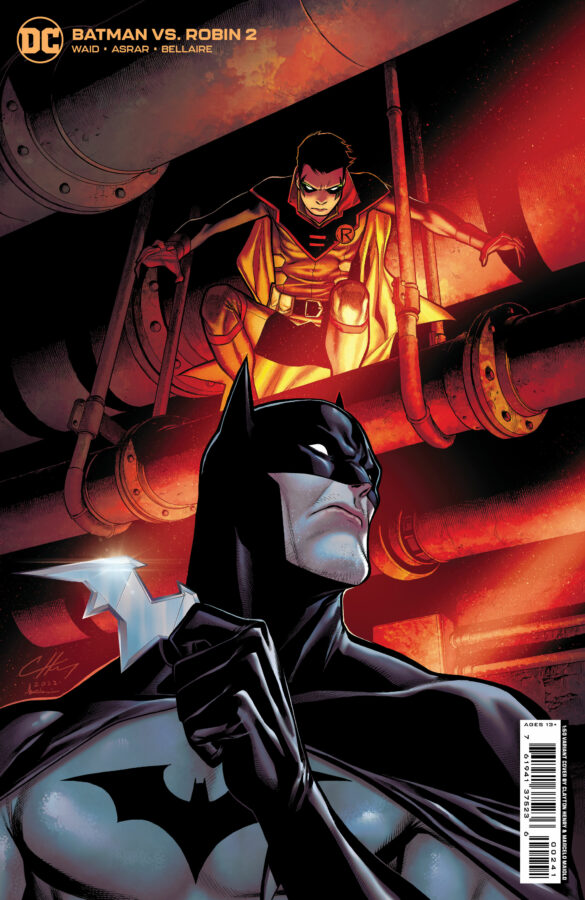 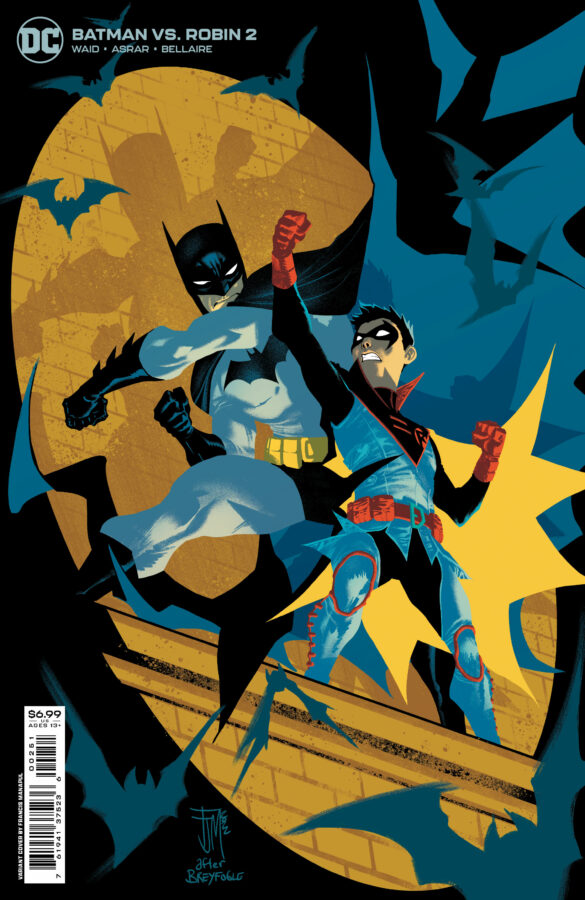 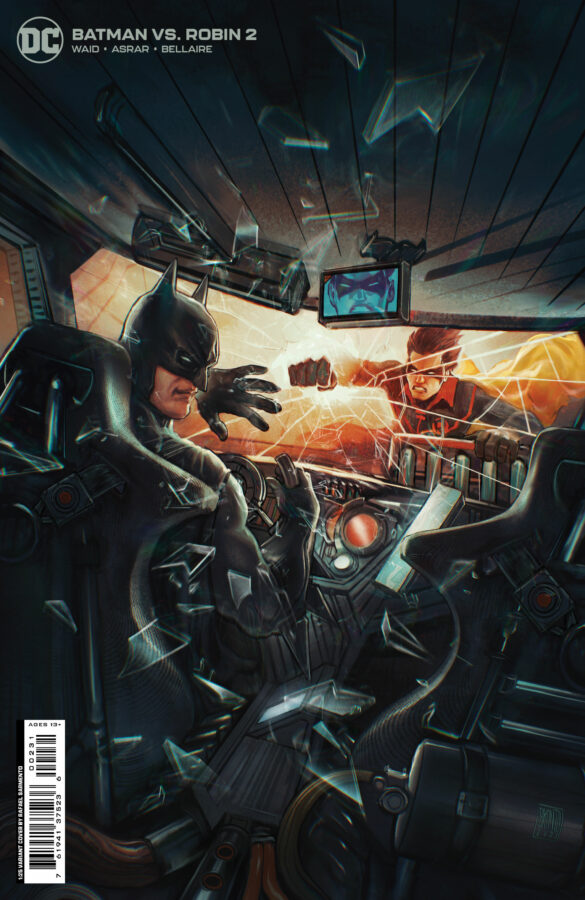 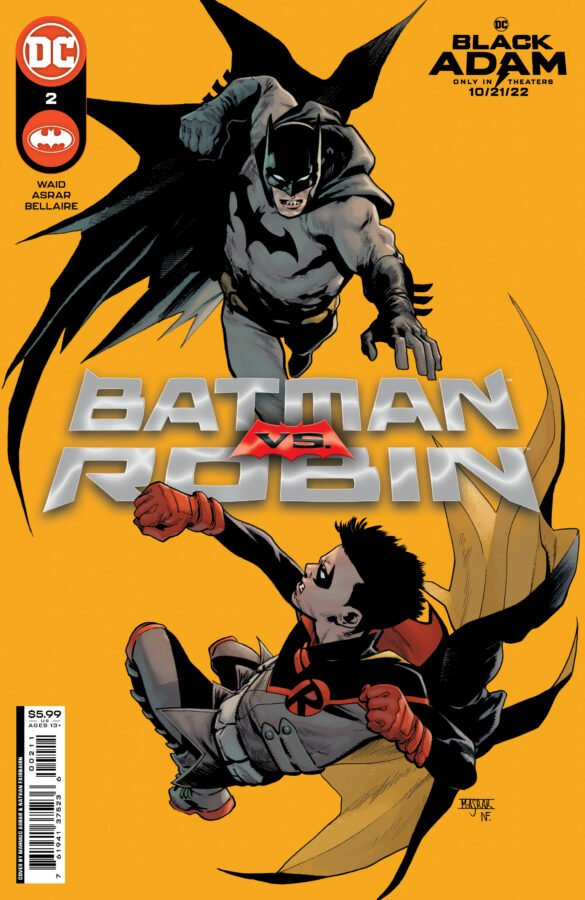 Batman Vs Robin #2 is one of those issues that shows the many threads that make up the tapestry of the DCU. Thankfully, it’s not just that. Thanks to Mark Waid’s writing, this is also a story about a young man who’s got mixed up with some bad people who have affected him so badly that he’s turned on his father. Oh, it’s also about a dad who’s out of his depth and seemingly powerless in the face of this other world that’s influencing his son.