Sideshow Collectibles has released a Prime 1 Studio 1:3 Scale MMDC-55DX: The Joker Deluxe Version Concept Design by Jorge Jimenez. The statue can be paired with the Museum Masterline Punchline statue. 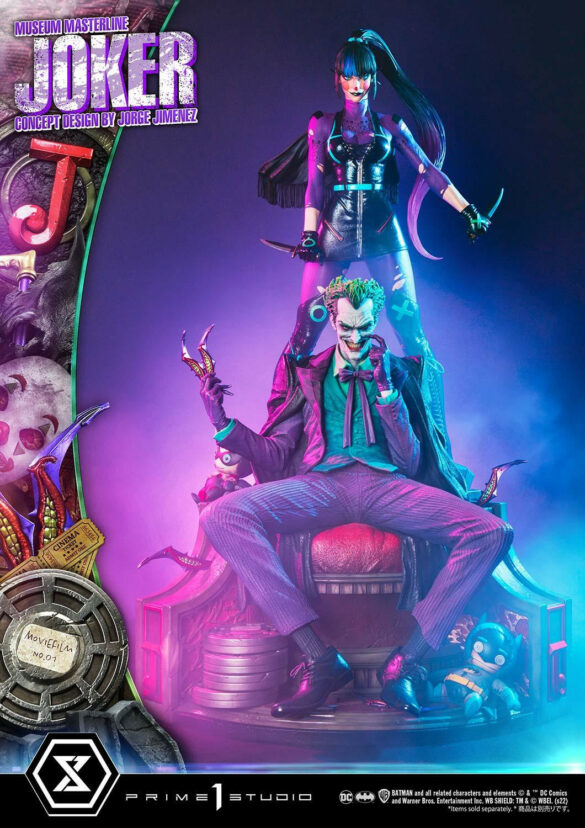 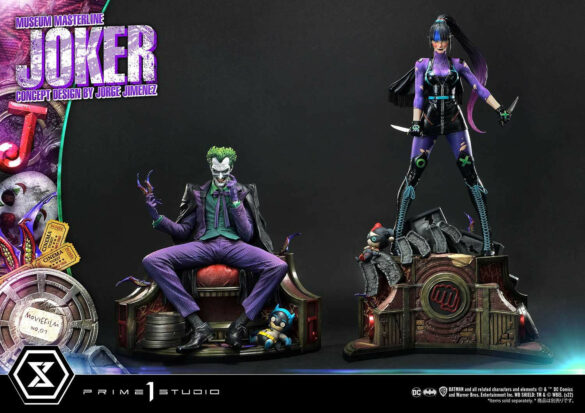 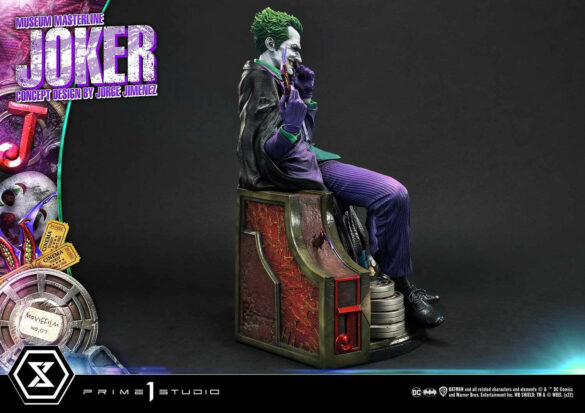 The Clown Prince of Crime has arrived at the scene and not a moment too soon! Jorge Jimenez has designed a Joker that’s both worthy of Punchline’s admiration and the reason for her murderous turn as his sidekick. The astounding artists at Prime 1 Studio have taken the greatest care to study Jorge Jimenez’s concept of The Joker so that they could replicate his art style in statue form. Take one look at this picture-perfect statue, and we’re sure you’ll agree!

The Joker sports a sly look, which makes you wonder what he has in store for Batman, up to his well-tailored sleeves. Reclining on his theater-themed throne, this 21-inch-tall Joker statue is arguably the master of his insane domain. 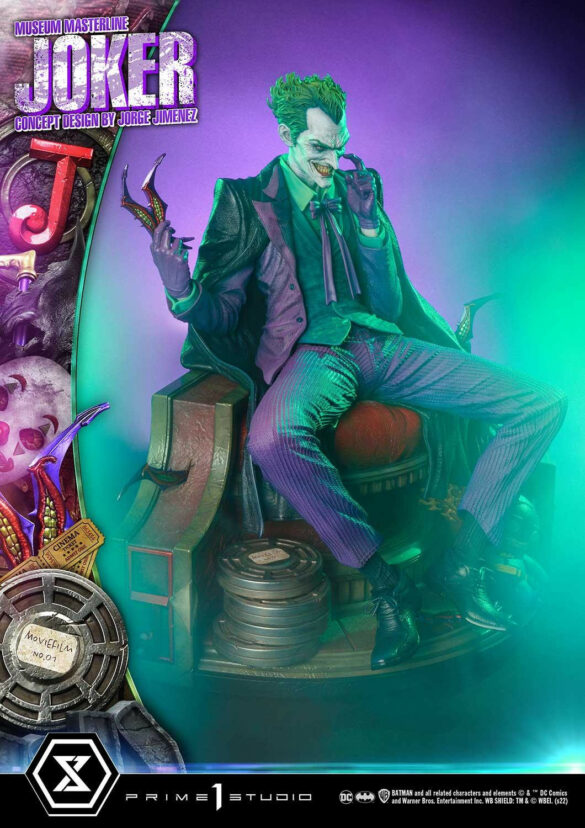 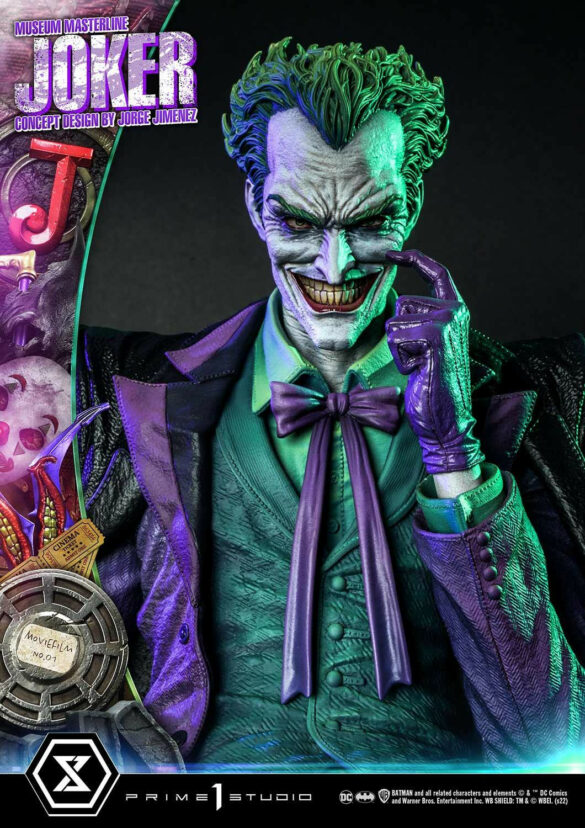 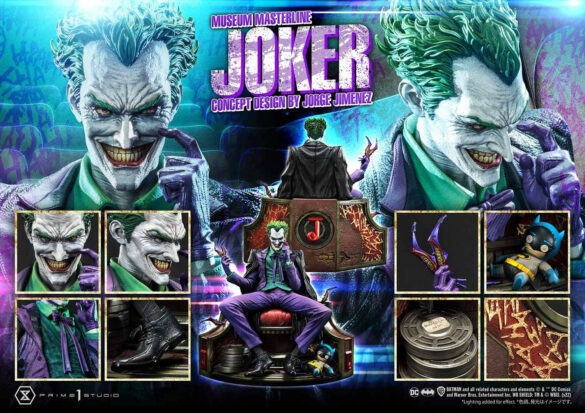 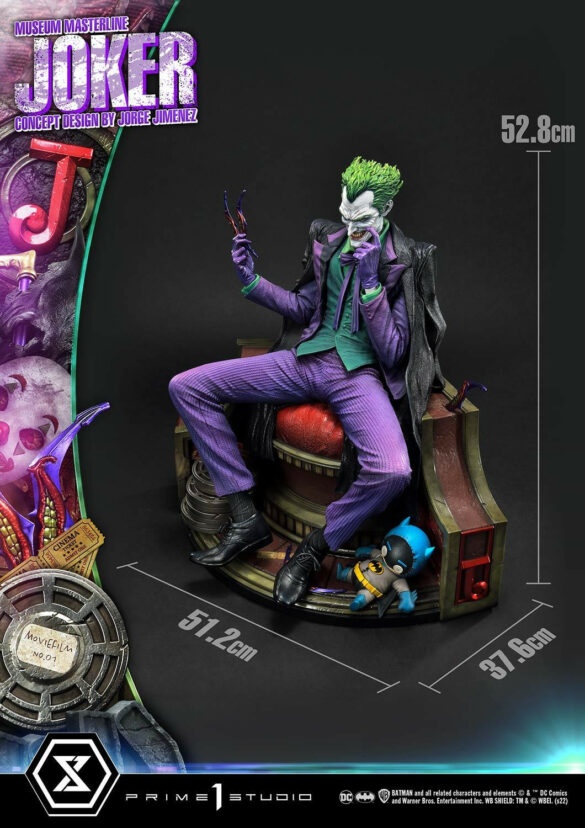 The Prime 1 Studio artists have rendered a version of The Joker that’s both classic and contemporary, owed to the brilliant design by Jorge Jimenez. His trademark purple and green ensemble is both instantly recognizable yet fresh to the eyes. His hair is coiffed oh-so-perfectly in its green, wavy curls. His face bears a sinister smile sure to be rife with disaster.

In this Deluxe Version, The Joker’s left hand remains poised over his grin, as if to let us in on a dark and evil secret yet to be unleashed, while he holds two “jokerangs” in his right hand. Furthermore, his right hand can swap out to hold either a Clown Mask or his trademark Joker Cane. 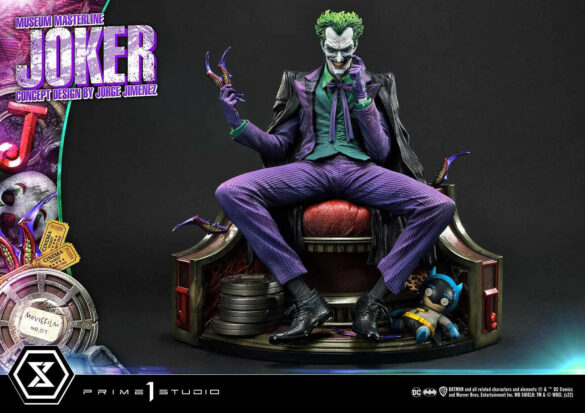 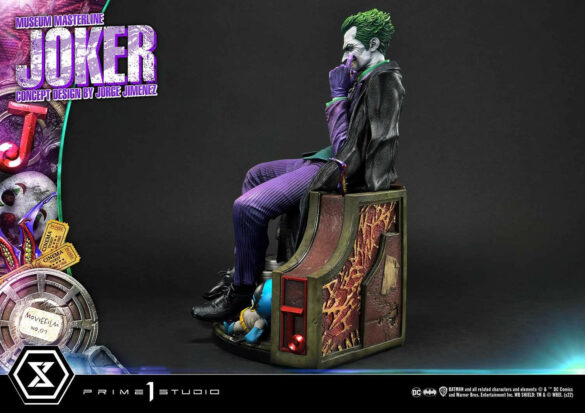 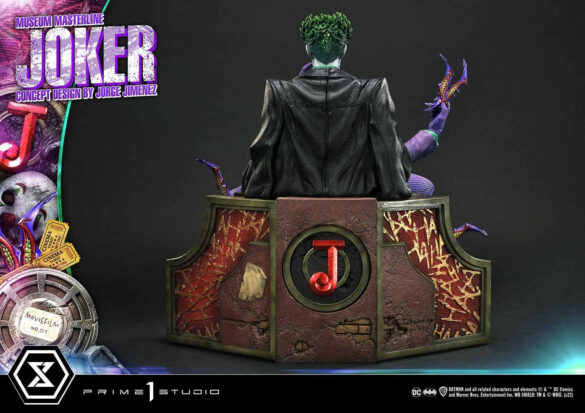 His throne is quaintly theater-themed, as his hideout suggests, surrounded by the accouterments of the film… featuring a seat rendered as old, scarlet leather, reels of the film still in their canisters, and even a Cutie1 Batman plushie, maybe for The Joker to kick around? Lastly, his legs can be swapped out to portray a cross-legged Joker if you’re moved to change up his pose a bit.

Fans of Jorge Jimenez and The Joker will no doubt purchase this malevolent mastermind, especially when you can now pair him with the MMDC-54 Punchline statue! Snap this DC Comics collectible up as soon as it’s available, so Punchline can have her Joker. 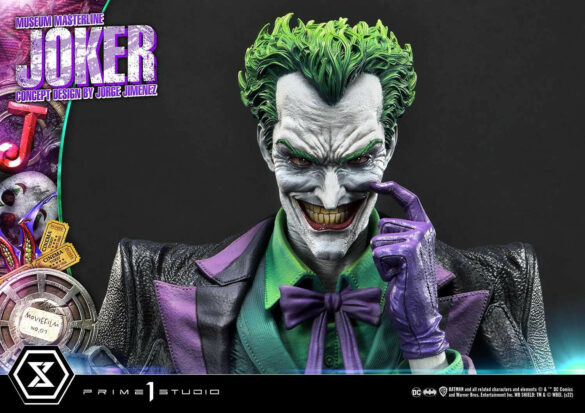 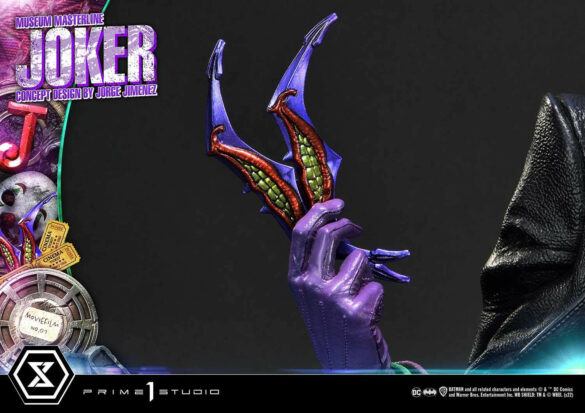 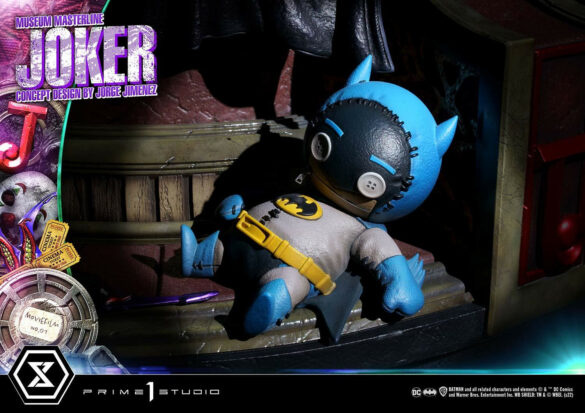 The Joker statue is now available to pre-order from Sideshow Collectibles and is expected to ship between September 2023 and February 2024.