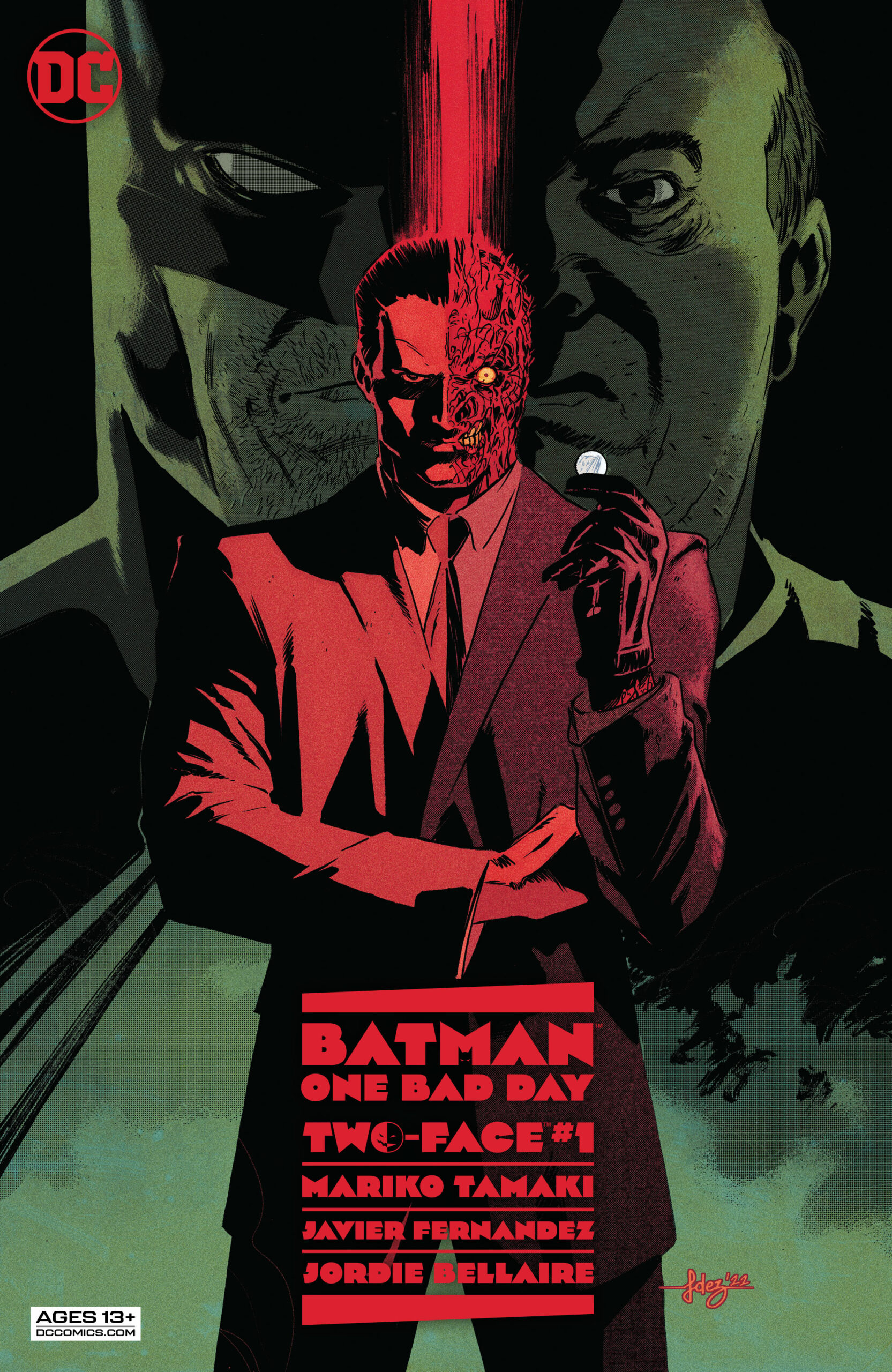 The second highly anticipated Batman: One Bad Day story is appropriately about the double-sided bad guy himself; Two-Face… but does it win the coin toss? Read on to find out!

This story is brought to us by the wonderful Mariko Tamaki, from whom I’ve happily reviewed many stories. Most of those had wonderful twists and turns, and when I found out she was writing this book, I was thrilled. Tom King’s epic Riddler story set the bar pretty high for this series so I was eager to dive back in.

Two-Face, AKA Harvey Dent, is a very complicated character with more than just two layers. He’s been a hero, a villain, a lawyer, a judge, and in his worst moments, an executioner. The really interesting thing about this character is that you always have doubts as to who’s in the driving seat. Is it Harvey or Two-Face? This story really uses said doubt and mistrust to deliver a wonderful story. 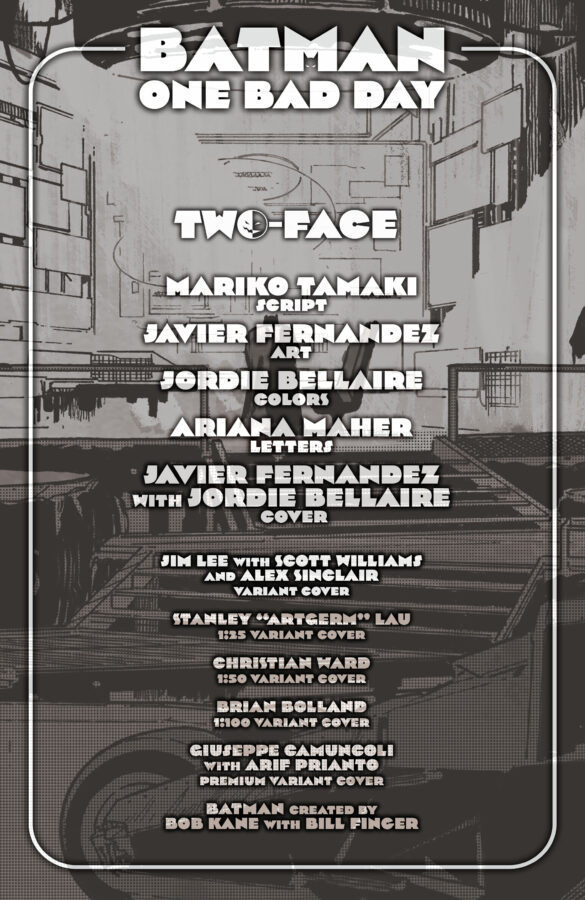 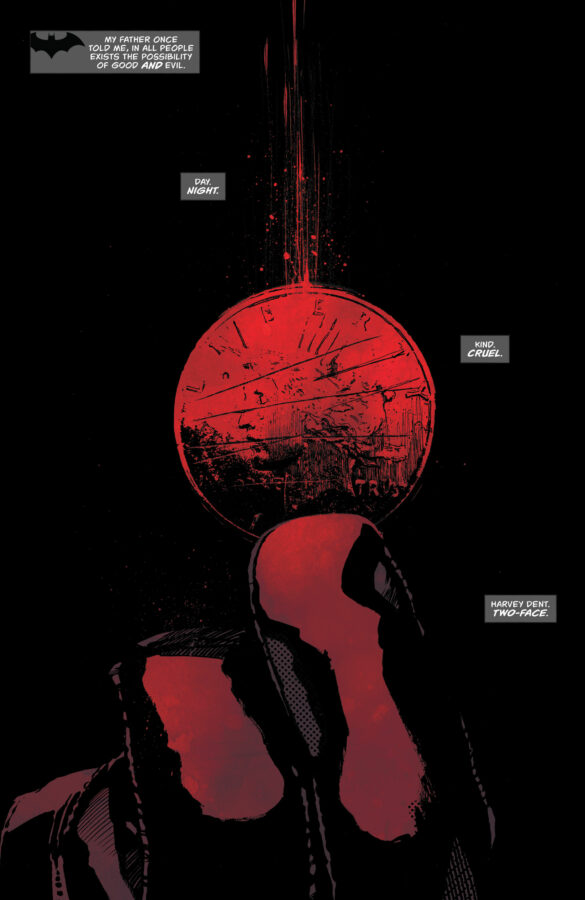 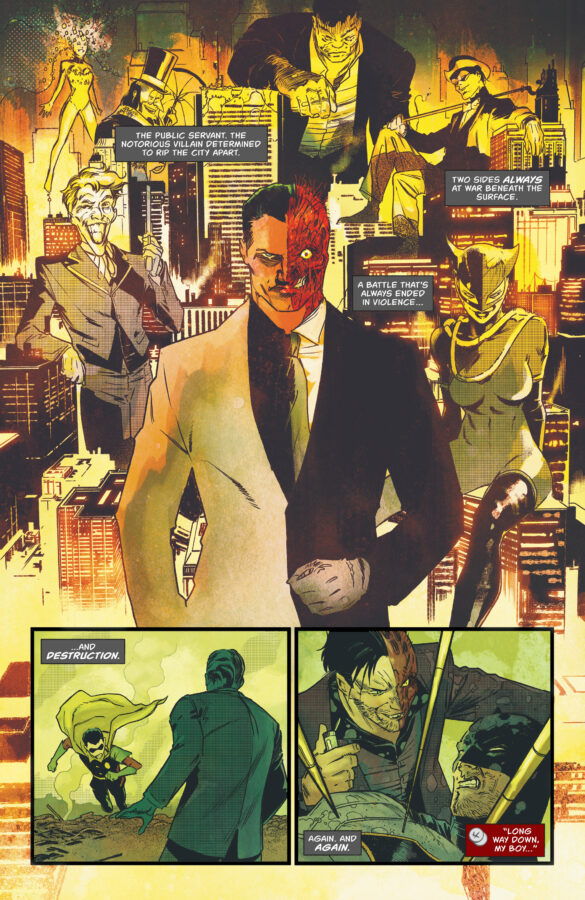 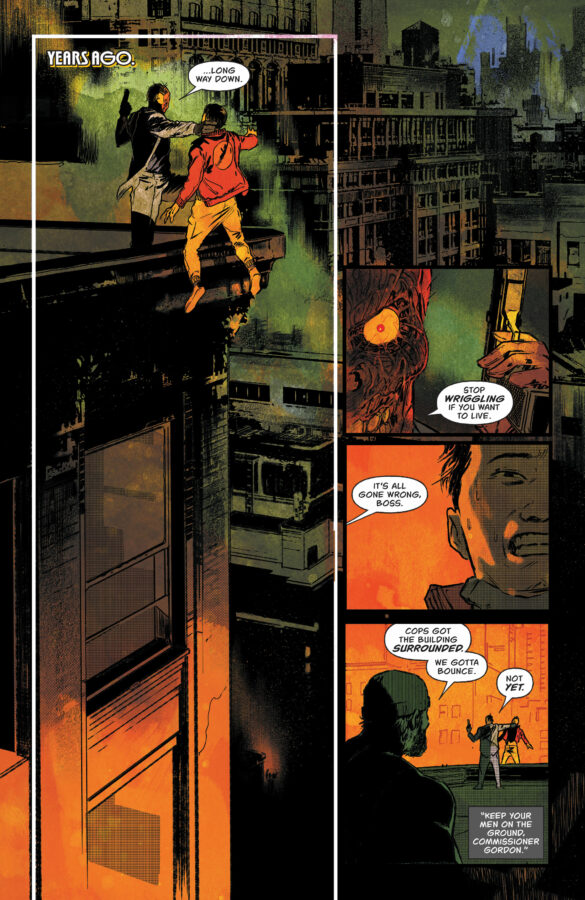 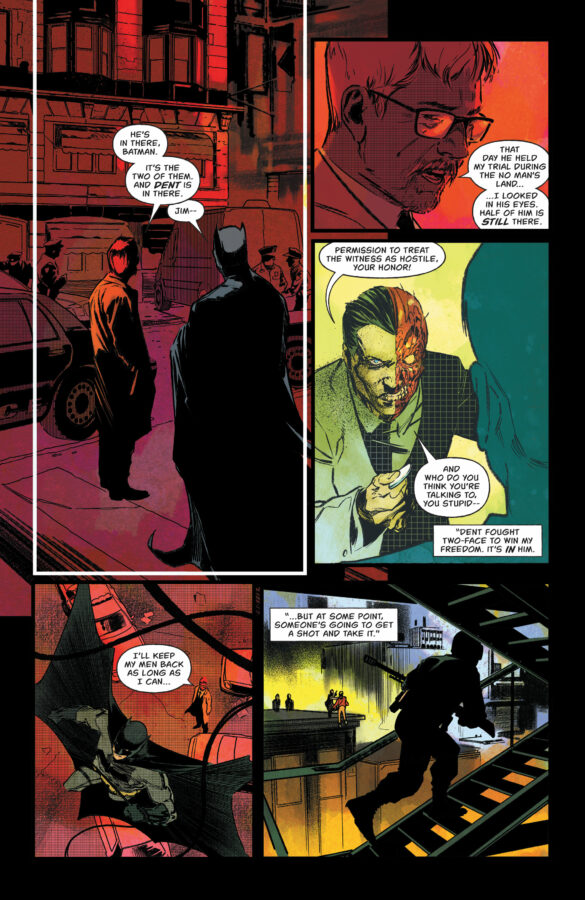 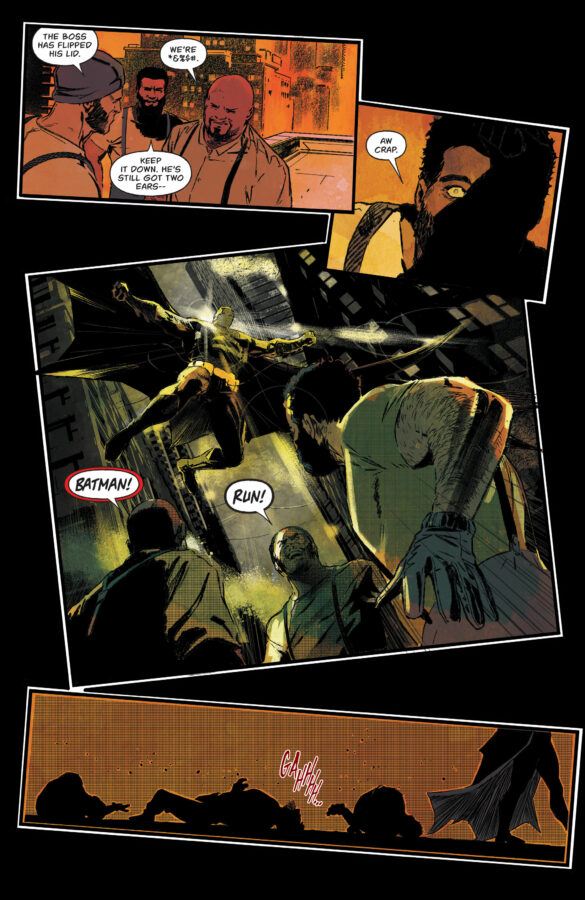 Dent in the Record

The story’s about Harvey Dent trying to turn over a new leaf. He’s been reinstated as Gotham DA on a probationary basis. (Don’t worry about all the people he’s murdered though, he’s a great lawyer). Apparently, he’s got his dual personality in check and can now safely return to being a functioning member of society. Enter Harvey Dent Senior, the father of our favorite scarred lawyer.

If you’re wondering why this character hasn’t been mentioned or prominent in the past, he has, but various reboots, retcons, and crises have changed or obliterated his story completely. In this tale, guess what?! It’s Harvey Sr’s 88th Birthday, but alas young Harvey was handed a note threatening his old man’s life at his big birthday bash. Who can he turn to? You guessed it. The Dark Knight himself, and Harv’s old best pal Bruce Wayne!

Enter the dramatic brooding bat, who’s taking the case as a favor to an old friend. This is where the plot gets interesting. Batman talks about who would possibly have a grudge against Harvey/Two-Face, and the list is quite extensive. Characters like The Joker, Carmine Falcone, and Renee Montoya, to name a few. The part that caught me off guard was when Batman also lists members of the Bat-Family and then… himself. After this, I was worried that this story would end with one of the Bat-Family in cuffs. I won’t spoil anything for you, but speaking of Spoilers…

Stephanie Brown arrives at the cave at Oracle’s request to help on the case, and she doesn’t hold back. She hits Bruce hard with some truth bombs that he can’t shake. By far some of the best dialogue in the book belongs to Steph.

After a hectic climactic interaction set at the birthday party of Harvey Dent Sr., We finally see who’s been orchestrating this whole affair. I have to say that in the end, after the big reveal, I found myself a bit disappointed. After The Riddler story by Tom King left me with goosebumps, so I walked into this story with high expectations. What would be Harvey Dent’s “one bad day”? The thing is, we already saw what it was; when he had acid thrown in his face in that courtroom. 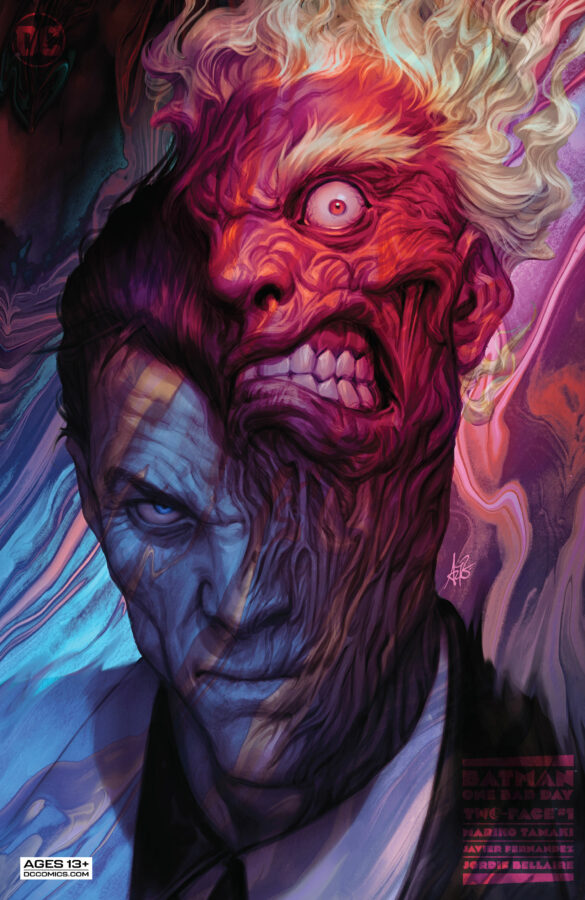 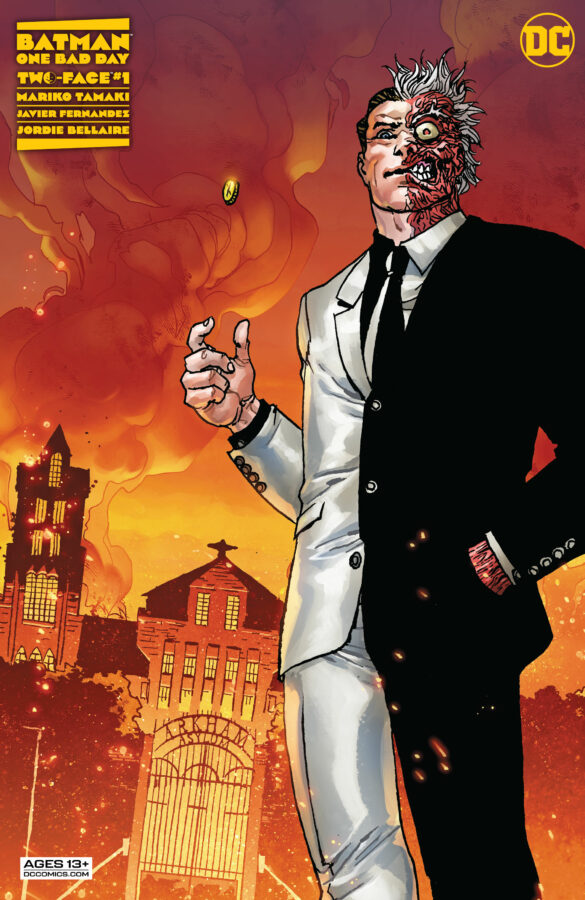 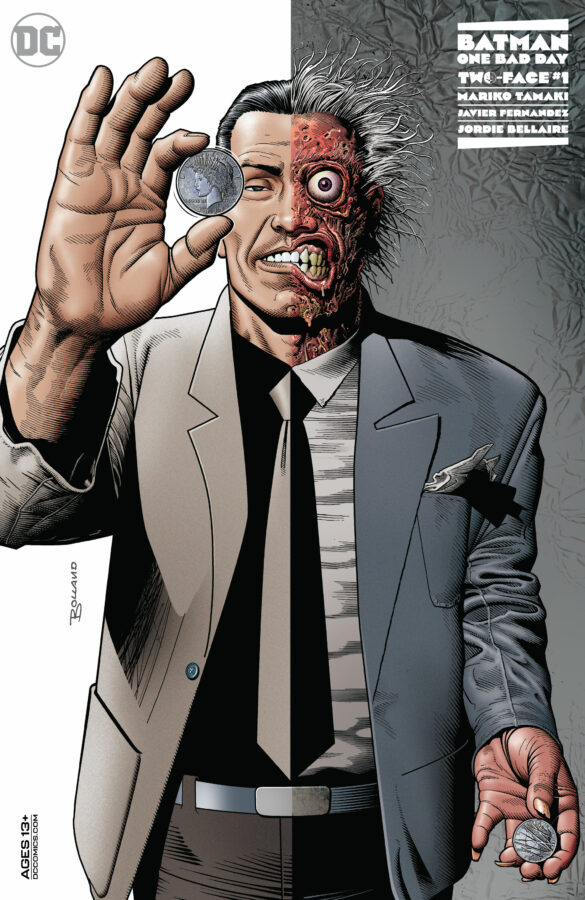 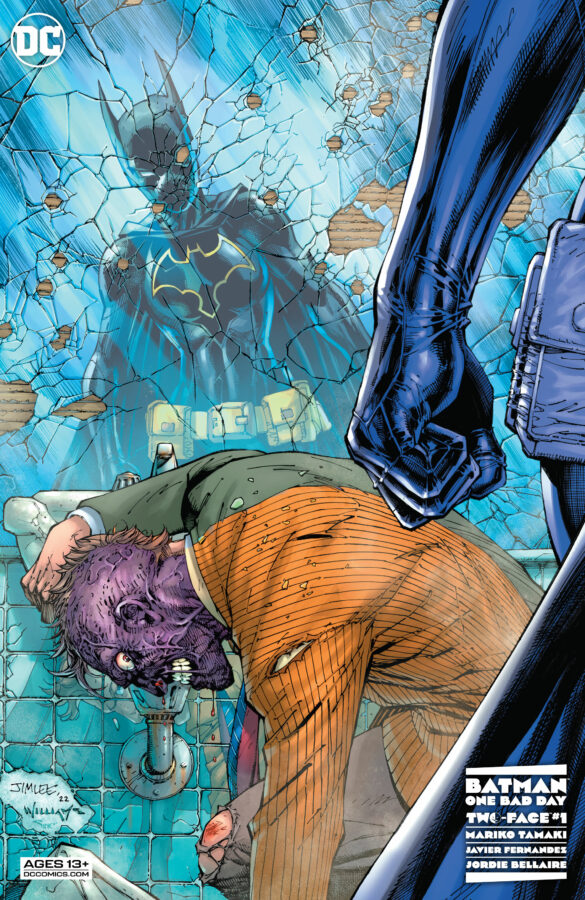 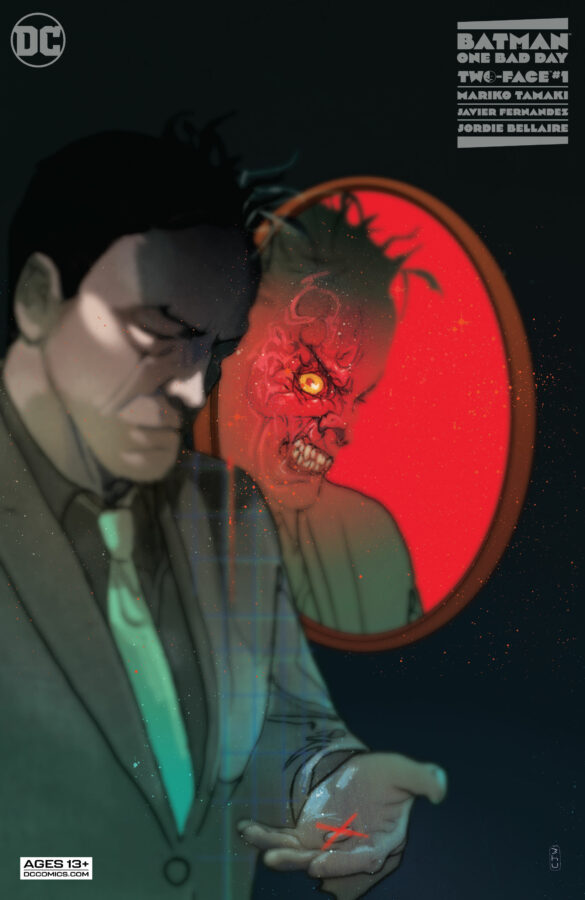 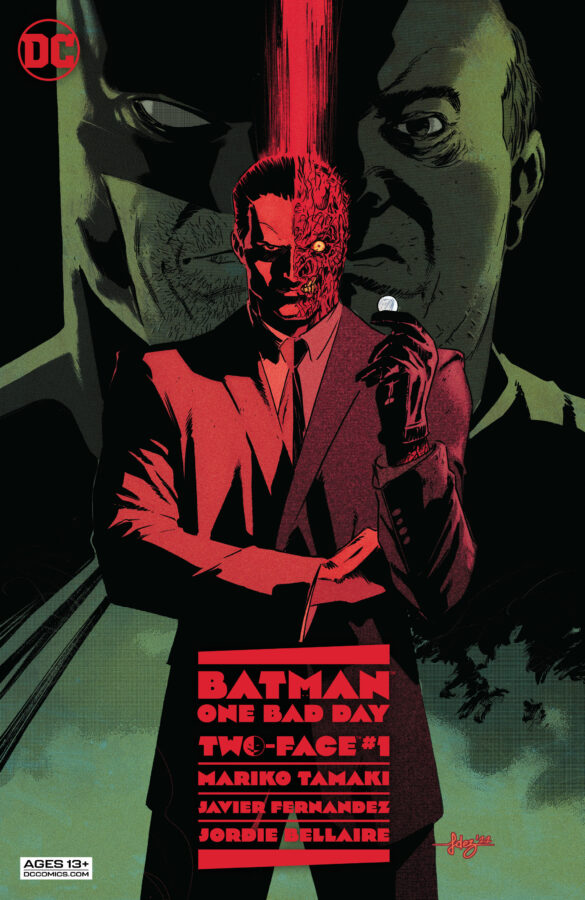 This series was advertised as one that would change these characters in the eyes of readers forever more. The Riddler tale succeeded, but the Two-Face tale, instead of giving us One Bad Day to remember, sadly felt like every other day we read a Two-face story. I won’t give any more away, but I felt a little short-changed. Maybe I need to give it another read-through.

Batman: One Bad Day: Two-Face is a good story that could have been something great. Like most things with this character, it’s a flip of a coin if he’ll hit the mark or not.