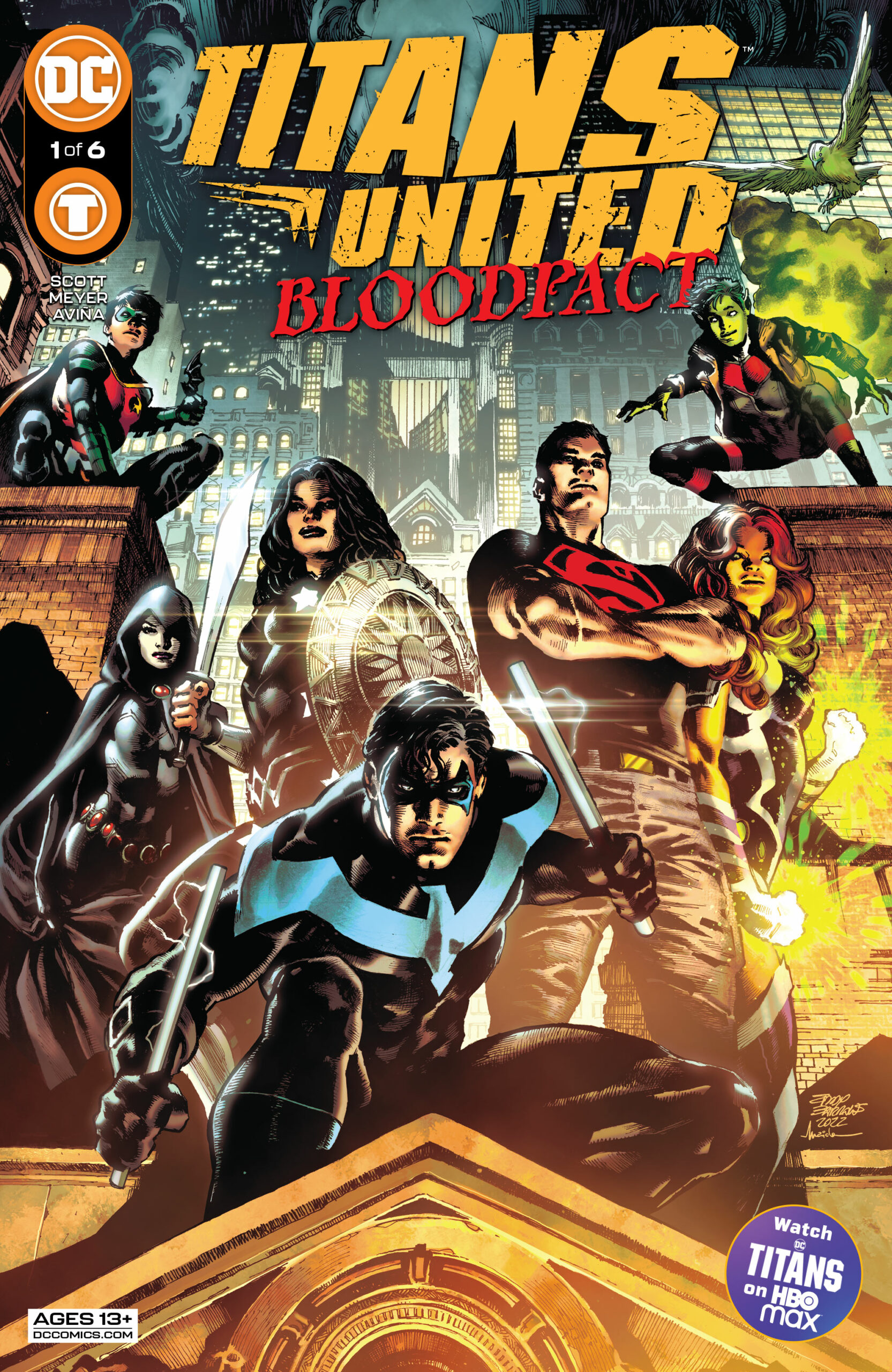 Titans United: Bloodpact #1 is a shameless plug for the next season of HBO Max’s Titans… but, hold on… this comic was actually… Great?!?

The Titans Never Looked So Good

The first call out about this book; the art’s absolutely stunning. I’m a traditional comic book art kinda guy, so I love it when the heroes look how I picture them in my head. This issue really delivered on that so, Lucas Meyer, I salute you. 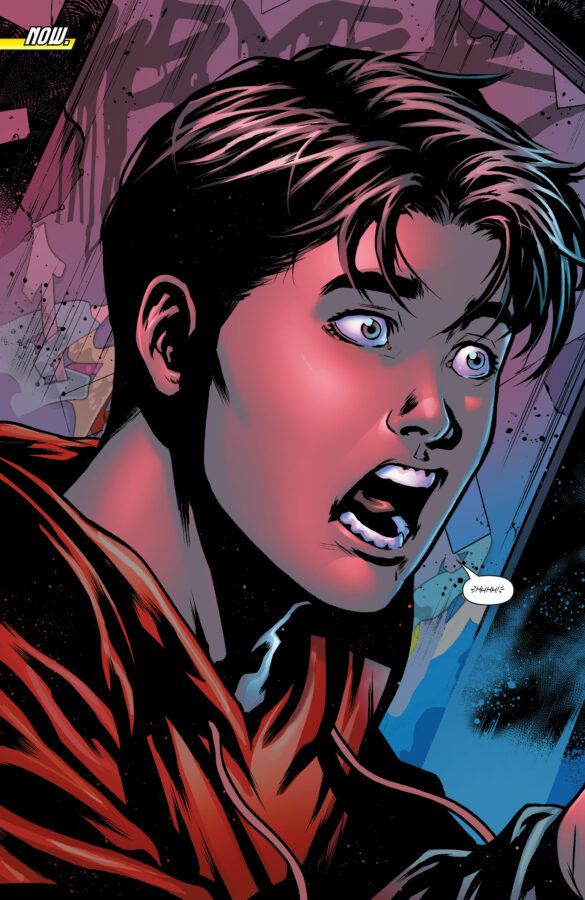 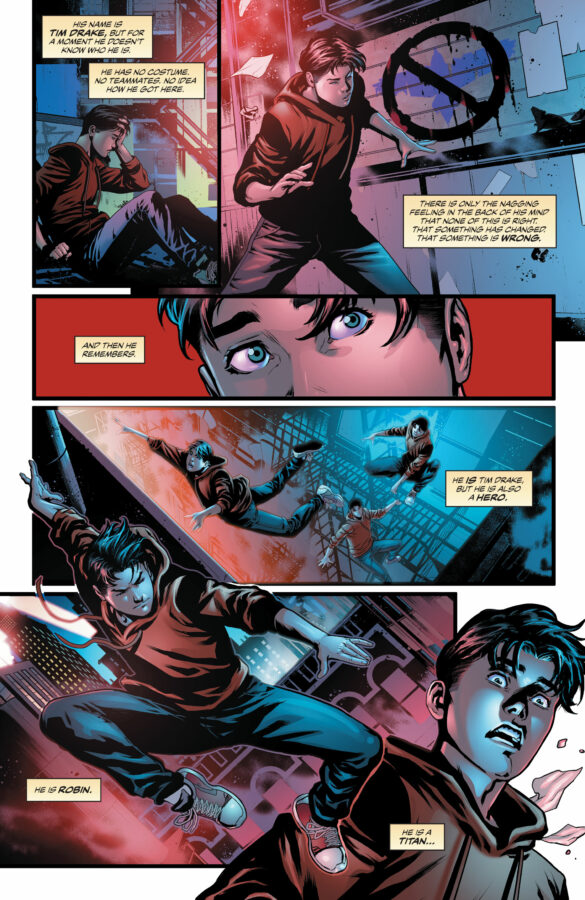 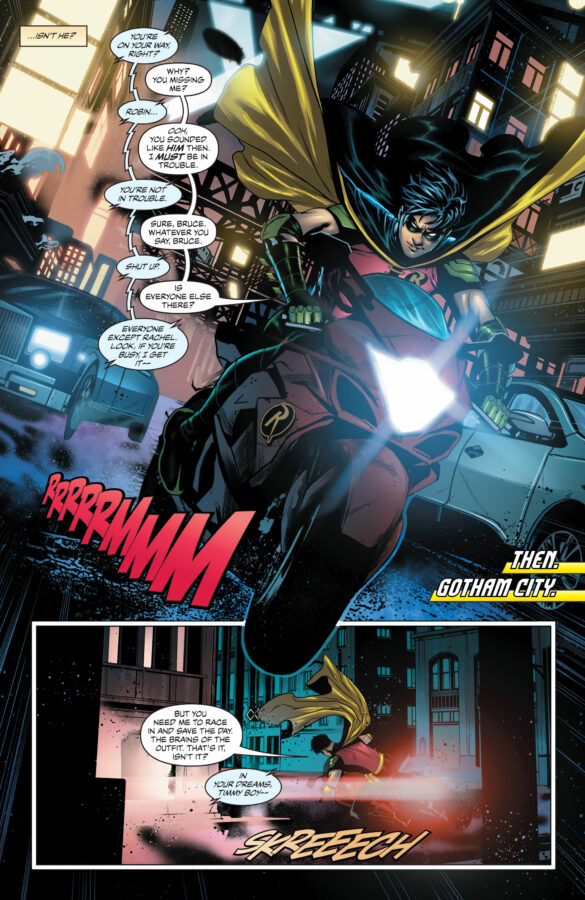 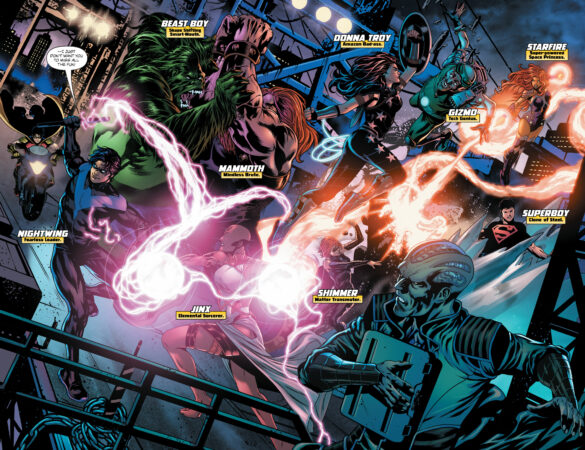 This is a sequel to the story previously reviewed by yours truly, Titans United.  The premise is that we get adventures from the same team line-up as on the hit HBO Max (or Netflix if you’re in the UK) show, Titans. This is a series that I love! Some episodes are a bit questionable, and I wish a few parts were different, but all in all, it’s a good show. Titans United‘s story was reflective of the Blackfire storyline from the TV version. This story starts out leading us toward the idea that it will give us a sample of what’s to come when Season 4 hits our screens later this year.

We open with Tim Drake, the breakout star of Season three of Titans. No surprise, this story’s following him to bring us in. We then see some beautiful action and splash pages that show who the new lineup is. Some characters are written slightly differently from their Earth Prime personalities; Nightwing’s a little more serious, and Beast boy’s a little less comedic. I really do enjoy reading these series with the voices of the talented actors in my head.

The Titans are fighting the fearsome five, so we get epic action, good guys vs bad. This is a fun part of being a comic reader! They’re all fighting over a stolen McGuffin that will tie into the storyline, and quite possibly the show (but I doubt it). Then, all of a sudden, a twist. We get something I wasn’t expecting, and everything changes. 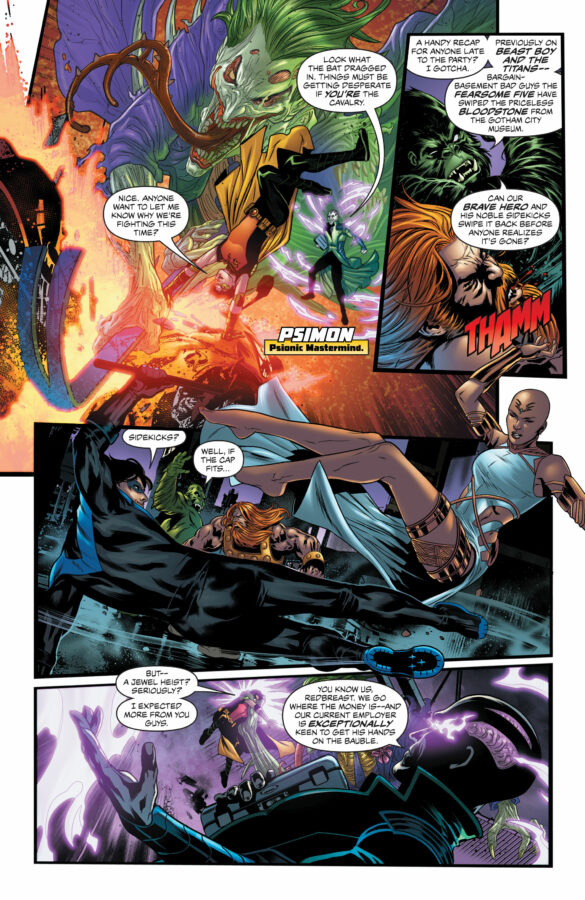 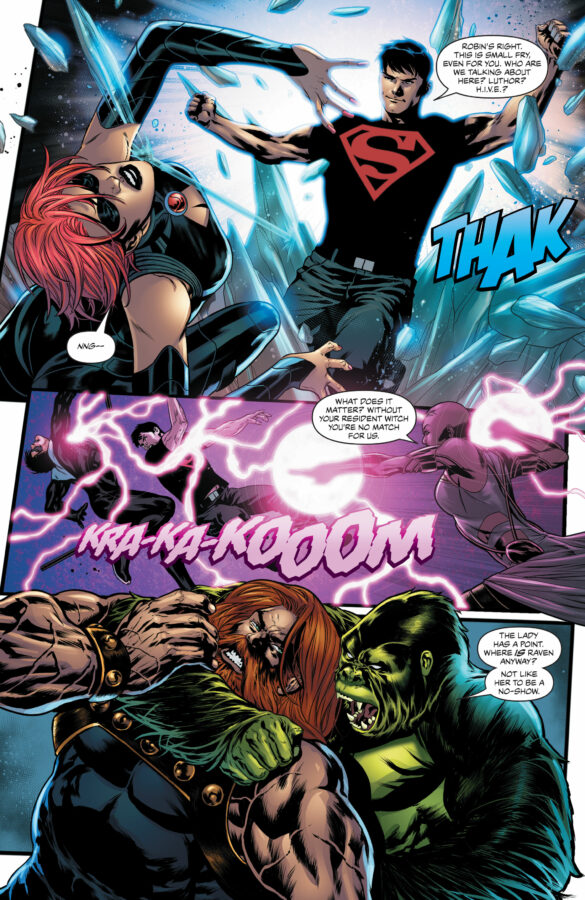 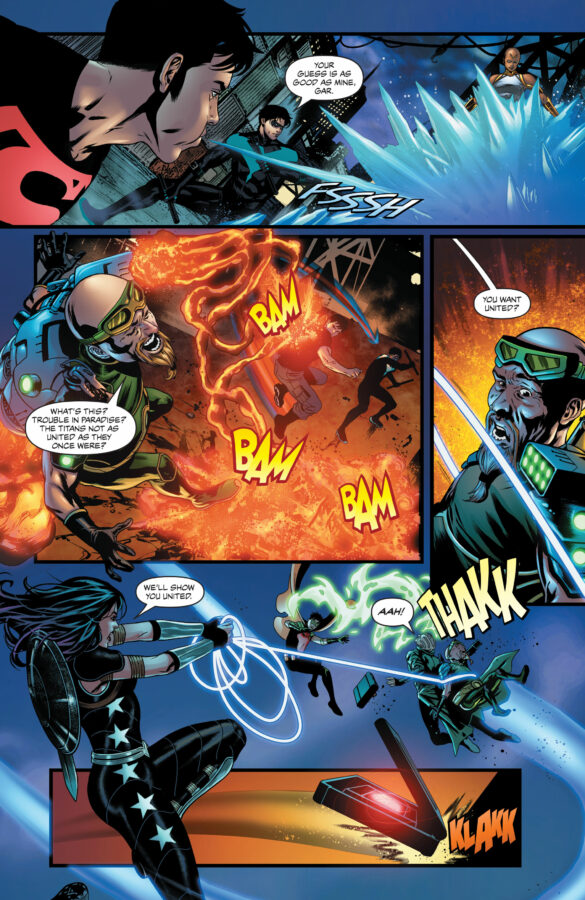 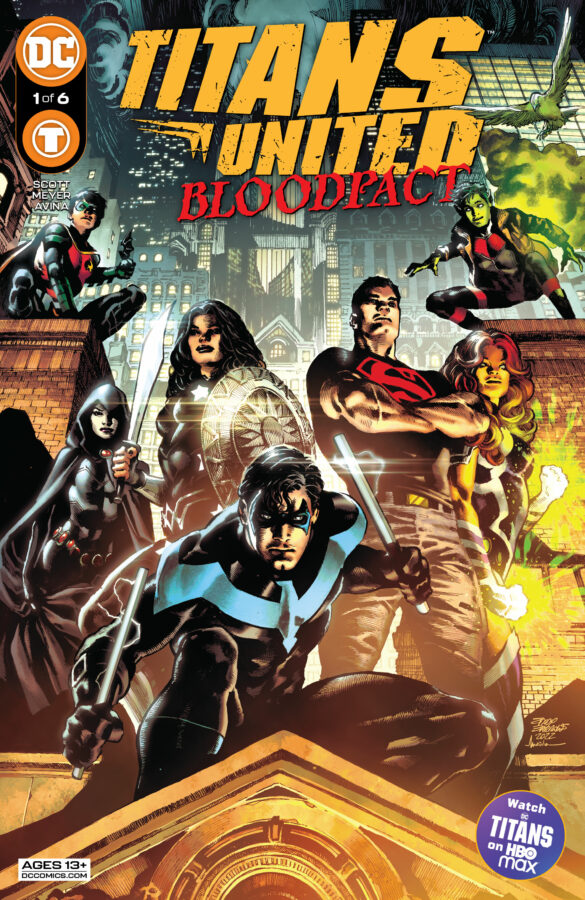 Not in Kansas Anymore

With all of these fun characters on display; this issue did great to capture all of their personalities so well. I hope it keeps up the same pace and structure going forward. I’m actually really looking forward to issue #2. A big pro for this book, it makes me really excited for Season 4 of the show. DAMN IT, I FELL FOR A MARKETING PLOY!

Titans United: Bloodpact #1 Was fun, didn’t take itself too seriously, and was very easy on the eyes. What more could you want from a comic? I’m excited to be reviewing this series, so please keep an eye out each month, and we’ll enjoy Titans Together (see what I did there? Their catch phrase? it’s Like if I said Avengers Asse…