Get ready to celebrate a summer of blooming love with Harley and Ivy, as promised in the new poster for Harley Quinn Season 3!

Season 2, which featured an arc reminiscent of the classic Batman story “No Man’s Land“,  concluded with Harley and Ivy running off in a blaze of love and glory, following their hilarious and bloody conquest of the Gotham City Underworld. The Gotham City power couple followed that up with the comic book limited series: Harley Quinn: The Animated Series: The Eat. Bang! Kill. Tour. Now they’re finally ready to come home and begin their rule as the queens of crime with Harley Quinn Season 3. 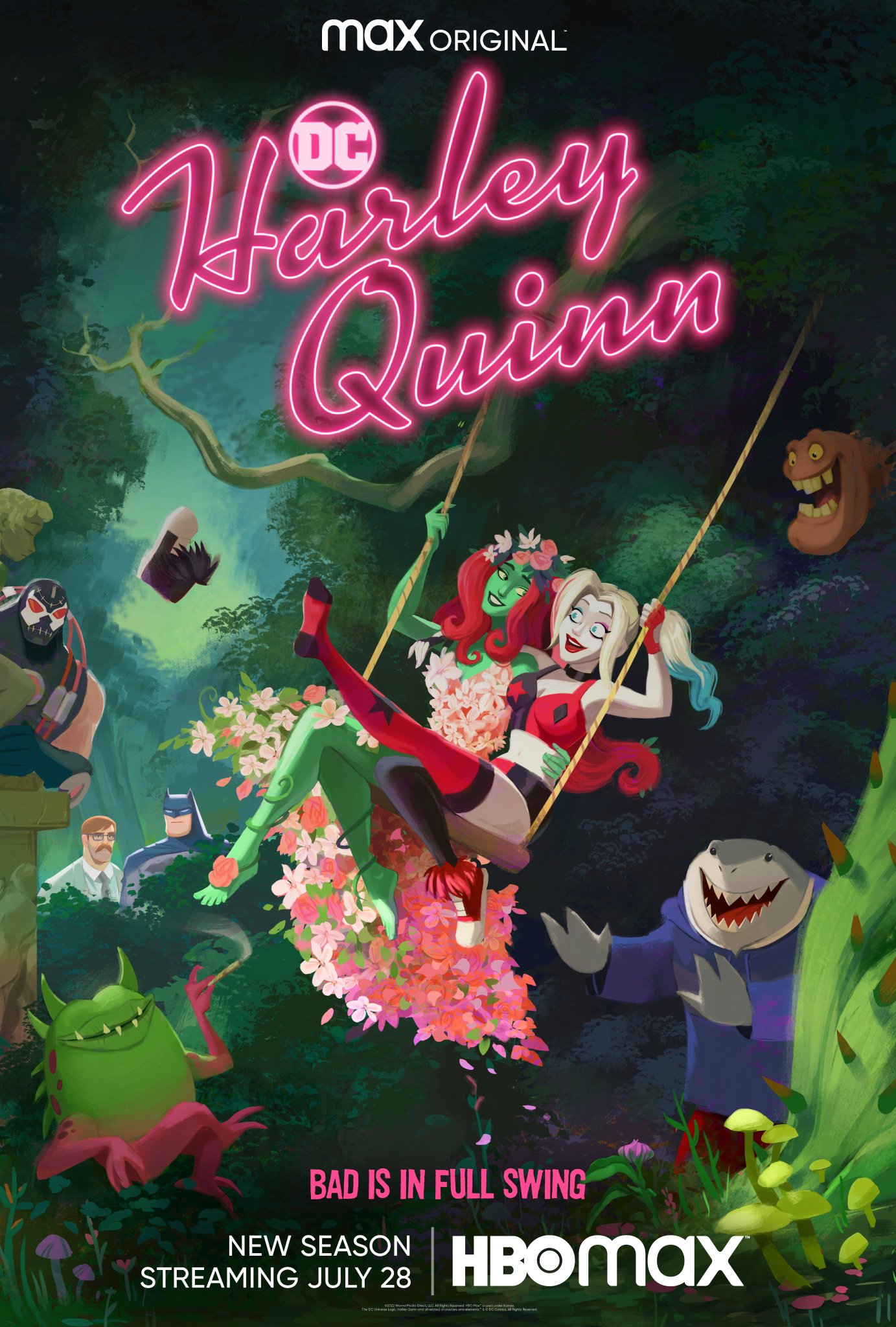 Kite Man can do better

Raunchy, vulgar, and violent; Harley Quinn is certainly not family viewing but is nevertheless perfectly suited for an HBO Max audience. The series features ridiculous, yet ultimately loving takes on all the classic heroes and villains of Batman lore, highlighted by a Harley Quinn committed to becoming her own person and moving beyond Joker’s shadow. She’s even willing to beat up on anyone and everything that gets in her way, viciously! It’s a sharply written and terrifically animated romp that serves up tons of action and laughs.

Here’s the official pitch for Season 3:

The mayhem and madness continue in season three of this biting and uproarious adult animated comedy series,. Wrapping up their ‘Eat. Bang! Kill. Tour,’ Harley Quinn and Poison Ivy return to Gotham as the new power couple of DC villainy.

Along with their ragtag crew — King Shark, Clayface, Frank the Plant — “Harlivy” strives to become the best version of themselves while also working towards Ivy’s long desired plan of transforming Gotham into an Eden paradise.