Batman And Superman: Battle Of The Super Sons Trailer

DC’s next animated movie Batman and Superman: Battle of the Super Sons officially has a trailer and it looks as good as you’d expect.

Many DC fan’s have grown to love the relationship between Damian Wayne and Jon Kent through their comic series Super Sons, so it’s great to have their friendship(?) finally turned into a movie.

Similar to the comics source material, in the trailer, Damian (being Damian) greets Jon with a Batarang to the head to “Test his invulnerability” while he geeks out about everything in the Bat Cave when he and Superman are invited down there. Like father like son.

Then, Starro shows up to try and take over the world, successfully taking control of the Justice League, including the Super Dads, forcing the young duo to team up to rescue their fathers, and consequently, the world. Fighting a mind-controlled Kid Flash, Martian Manhunter, Beast Boy, Wonder Girl, and Green Arrow won’t be easy with just the two of them though.

Jack Dylan Glazer, who also plays Freddy Freeman in Shazam! will be voicing Jon Kent/Superboy beside Jack Griffo as Damian Wayne/Robin. Troy Baker, the previous voice of Batman in Lego Batman the video game and Batman: The Telltale Series, plus Batman and The Joker in Batman Vs. Teenage Mutant Ninja Turtles, will unsurprisingly voice Bruce Wayne/Batman. 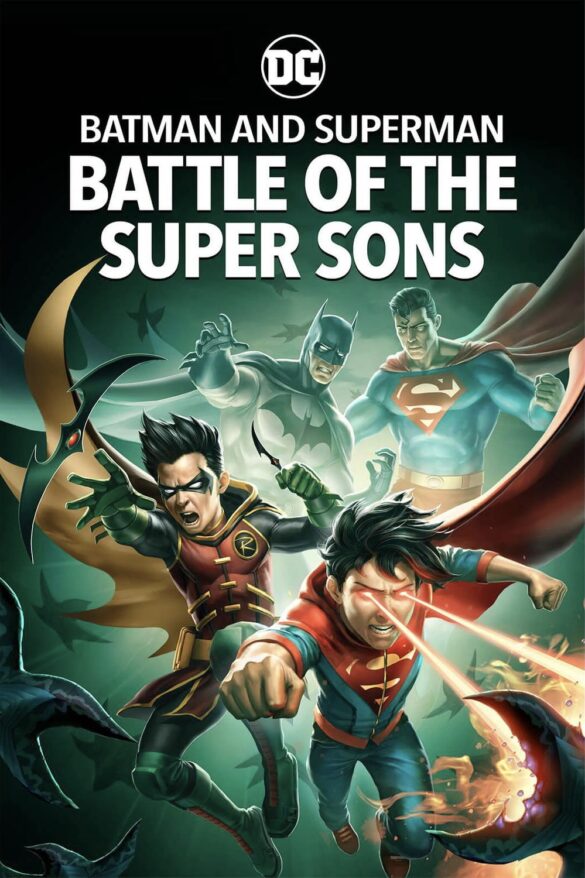 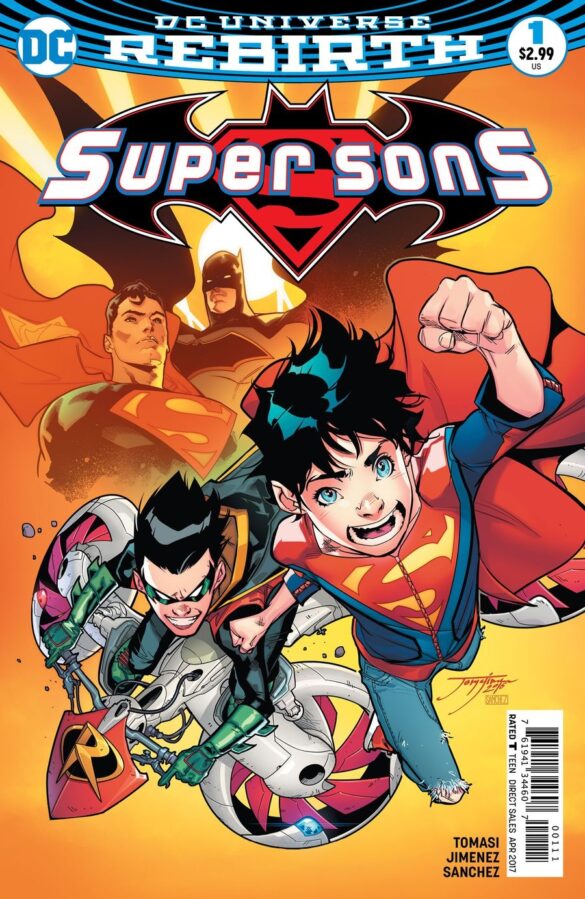 Other talents include Darin De Paul as Lex Luthor, Tom Kenny as Green Arrow and the Penguin, Zeno Robinson as Jimmy Olsen and Melvin Masters, Nolan North as Jor-El, and Myrna Velasco as Wonder Girl and Lara.

Directed by Matt Peters, who also directed the Injustice movie and co-directed Justice League Dark: Apokolips War, written by Jeremy Adams, produced by Jim Krieg and Rick Morales, with Michael Uslan and Sam Register as executive producers, we can trust that the Super Sons are in good hands.

What do you think of Batman and Superman: Battle of the Super Sons?