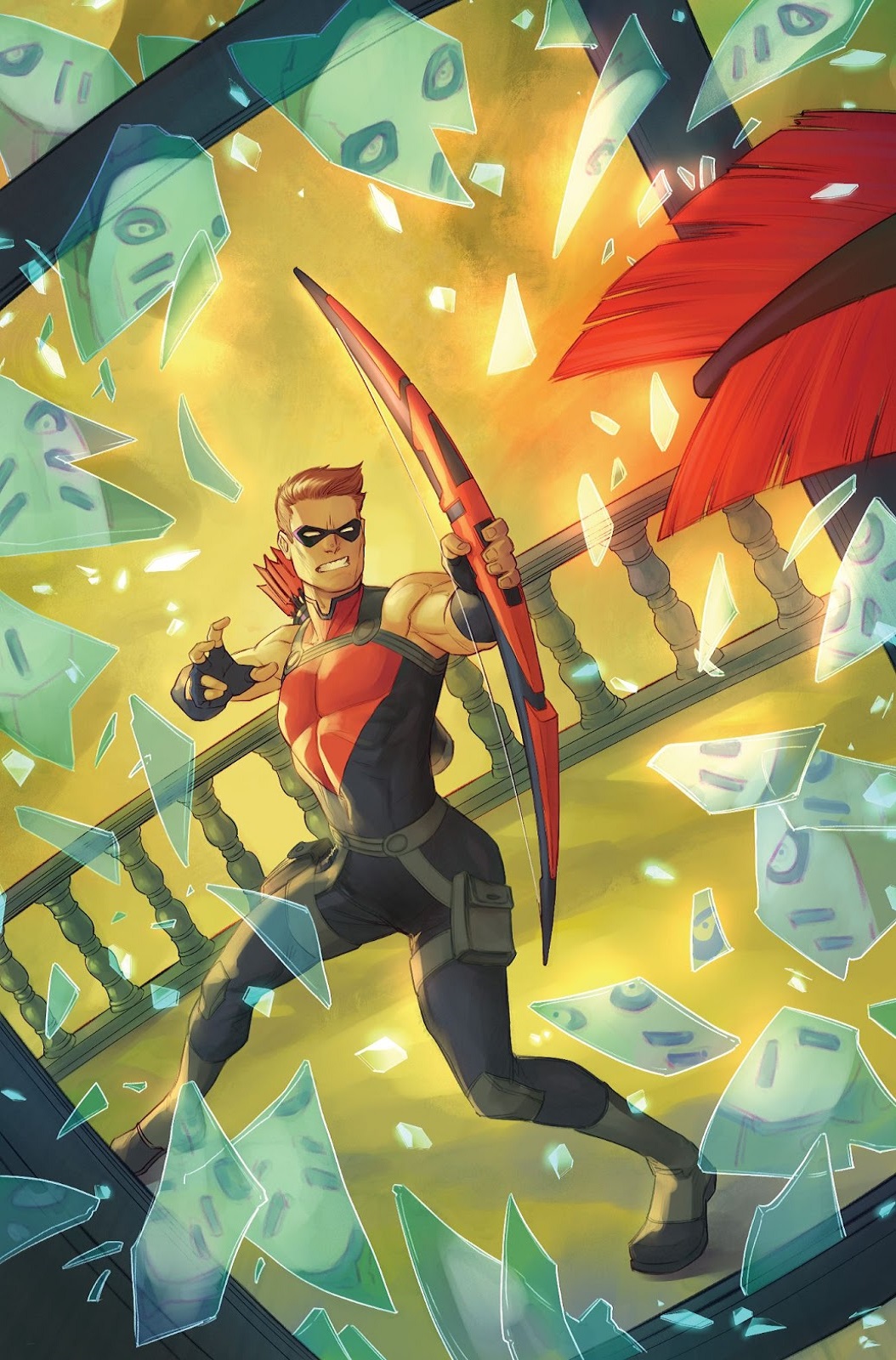 We’re back with some of my favorite DC characters in Young Justice: Targets #1. I’m very excited to be reviewing this mini-series, so let’s get right into it!

There are two short stories in this issue, one that’s heavy on the action and the other that is heavily character-driven. I think what I liked the most about both of them is the way they genuinely felt like they could’ve been episodes of the show. 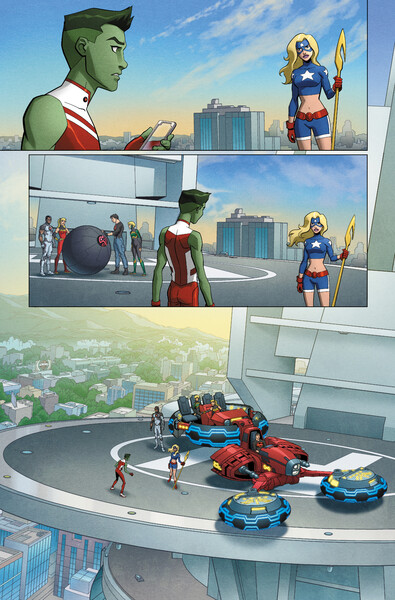 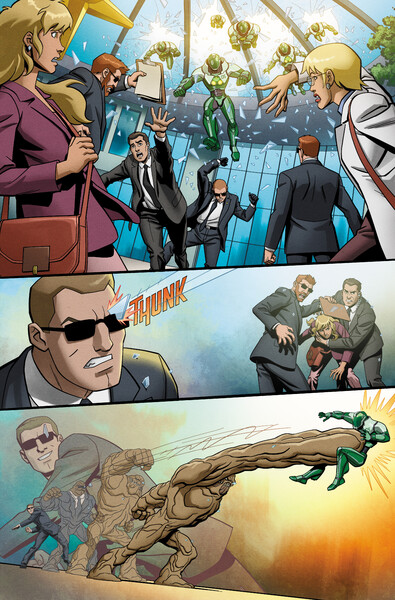 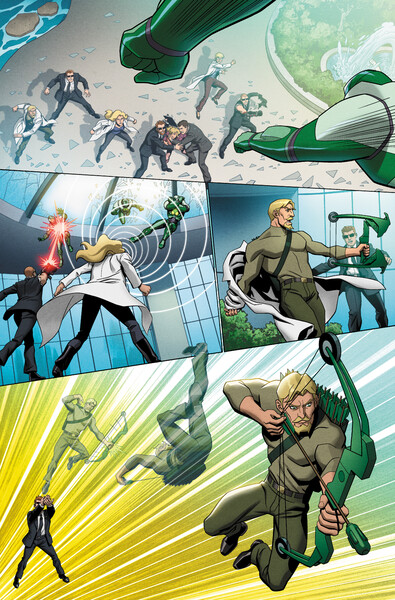 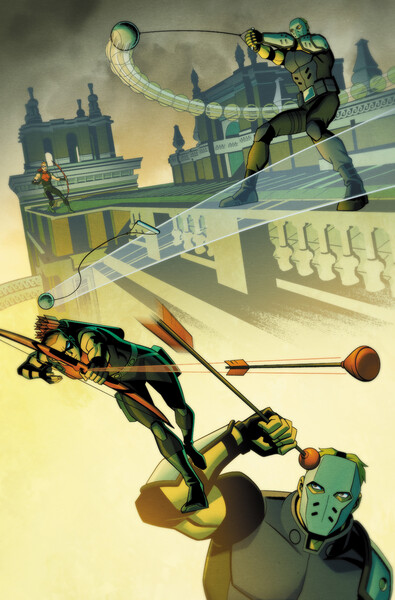 The “Cherry Gig” story is incredibly fast-paced with the action happening straight away. Within the first few panels, we’re informed that Queen Perdita of Vlatavastok has been kidnapped and Beast Boy and his Outsiders are on the way to rescue her. Treated to cameos from Green Arrow and Black Canary, the Bowhunter Security company is overwhelmed when a mysterious group of bad guys swoop in and steal Perdita away from her tour of S.T.A.R Labs. Through a series of flashback sequences, we know who these bad guys work for.

In “Hot Mess: Memory One” we’re treated to more flashbacks, this time from Will Harper. The story takes us back to when Will was masquerading as Red Arrow, on a mission to save Perdita’s father from being assassinated.

Standing in his way, however, was Sportsmaster who defeated the young hero with ease. For the eagle-eyed readers out there, you’ll notice a little nod to the show which I got very excited reading. 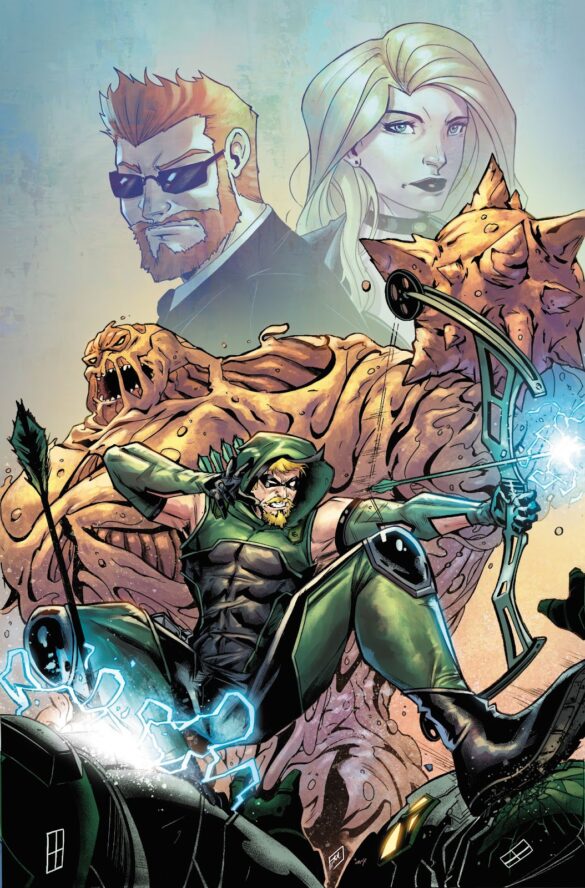 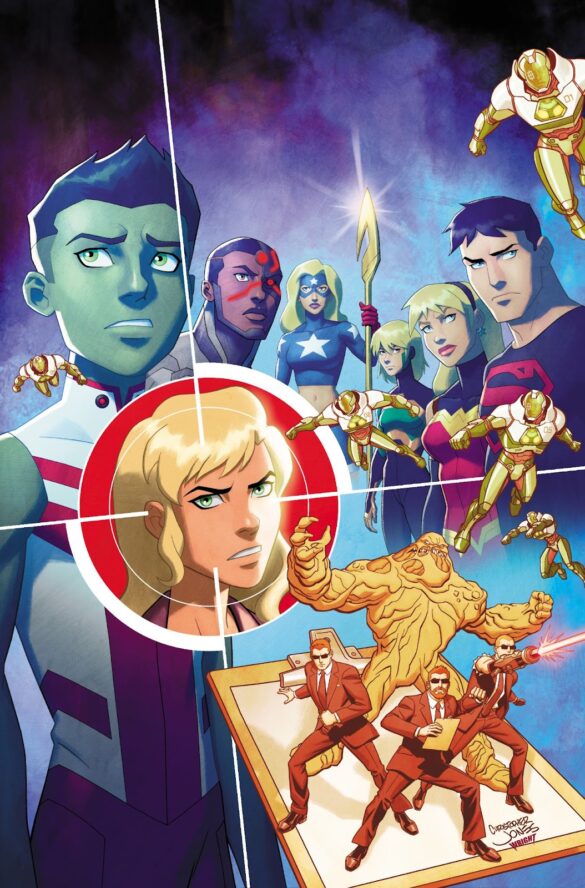 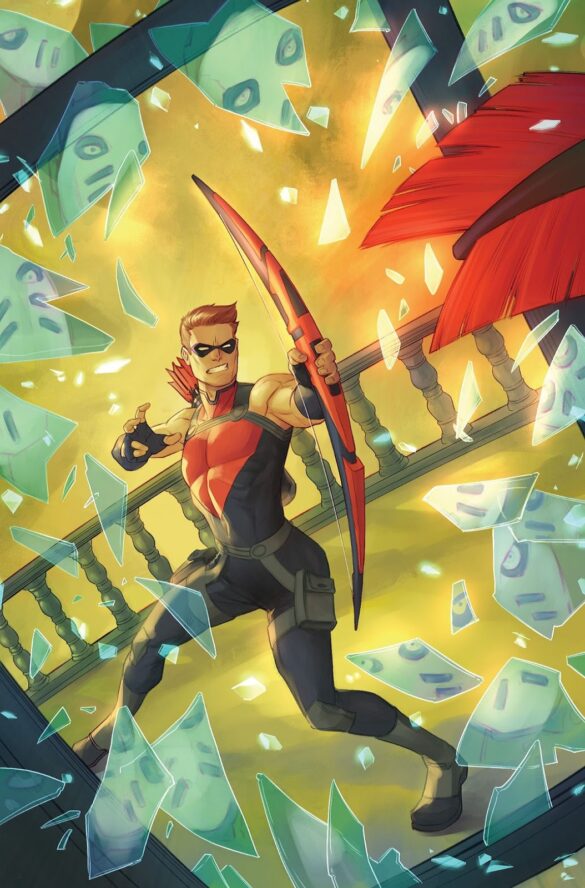 Fast-paced action. Character-driven story. Weisman does a brilliant job at capturing the essence of the show in these pages. The icing atop the justice-filled cake however has to be the artwork. It feels like Christopher Jones pulled the characters out of the show and onto the pages of Young Justice: Targets #1. The fact that this amazing talent works on the series is a huge plus for the comics.

This issue is an excellent start in what I hope turns into a long-running collection of short stories. I know I can’t wait for issue two!