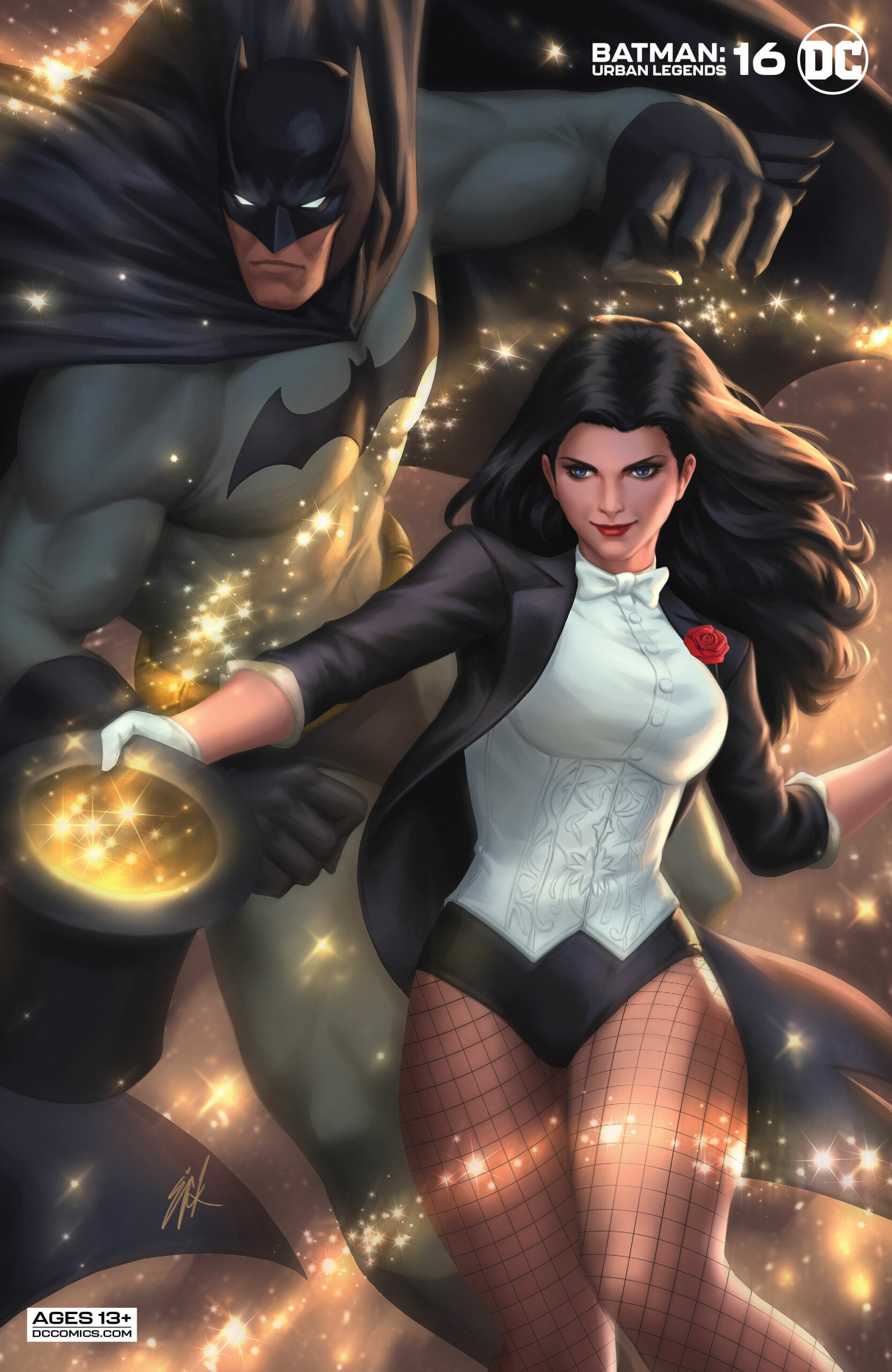 Batman: Urban Legends #16 is a book that ties up loose ends, closes some doors, and sets things right. You know, it has a satisfying end-of-the-road feel.

“Bound To Our Will”

Batman and Zatanna have had a rollercoaster relationship over the years. They were teenagers together, they were heroes together in the Justice League, not to mention more than friends on a few occasions. This story is a testament to both of them having been through so much over the years and having lost touch due to the never-ending task that is saving the day/world/universe. 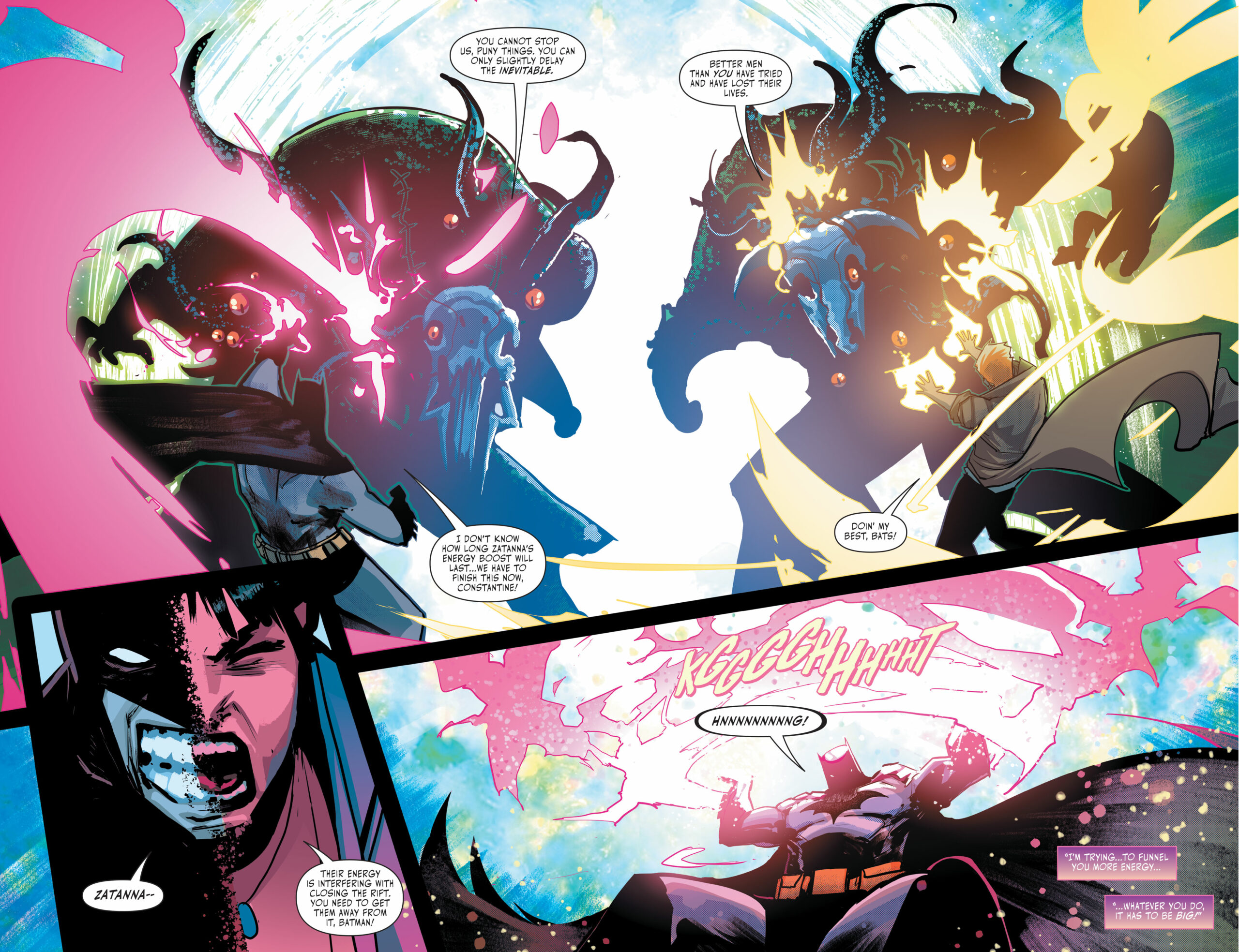 The wonderful thing about this tale is that, while it’s an interdimensional cosmic magical threat that could end the world, the real story is about friendship. We see how it’s easy to blame yourself and forget that relationships are a two-way street (Classic Bruce).

We’re treated to more of Constantine’s flirtations with Batman, who finally breaks down and cracks a smile and a joke. That was fun to read. The villains of the book were almost left out of the finale, but this story wasn’t really about them, it was about friends and family, and making time in your life, no matter how busy you are. This was a really heartwarming ending to a very well-told story. 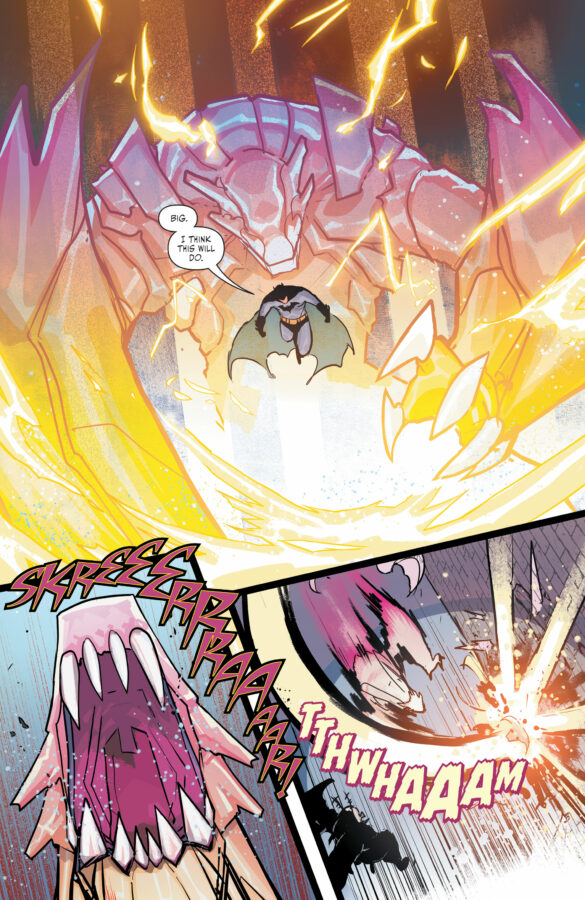 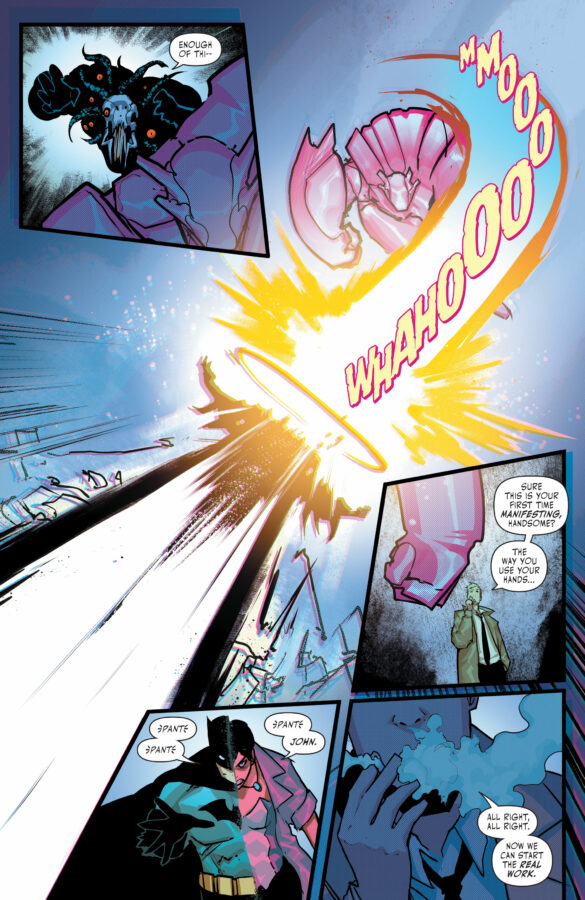 This story was an unexpected emotional shock, a story led by Alfred Pennyworth investigating deaths in a care home, after losing one of his friends. This is the second story in this book that prioritizes the value of love and family above all else. Wonderfully written, showing that Alfred is a capable member of the Bat family that the Dark Knight himself 100% trusts on a mission. That alone, for me, was great to see. My advice for those of you reading the last page or so, if you’re like me, bring something with you to dab a single tear that may be rolling down your cheek.

This story started with so much potential; a new Birds of Prey team, featuring returning friends and fresh members. Sadly, it ended up feeling like a soap opera writer trying to deliver a spy story. Everyone was a double agent, some people were triple agents, and – even more shocking – someone was a double agent who went back to just being an agent. I can’t explain it better than that.

I was quite disappointed with how this story ended, having struggled to follow the flow throughout, to have it wrapped up in the last two pages as if everything was part of the plan, didn’t make for good reading. Not to mention the out-of-character actions of almost everyone involved. This stuck out in a book filled with other great stories. 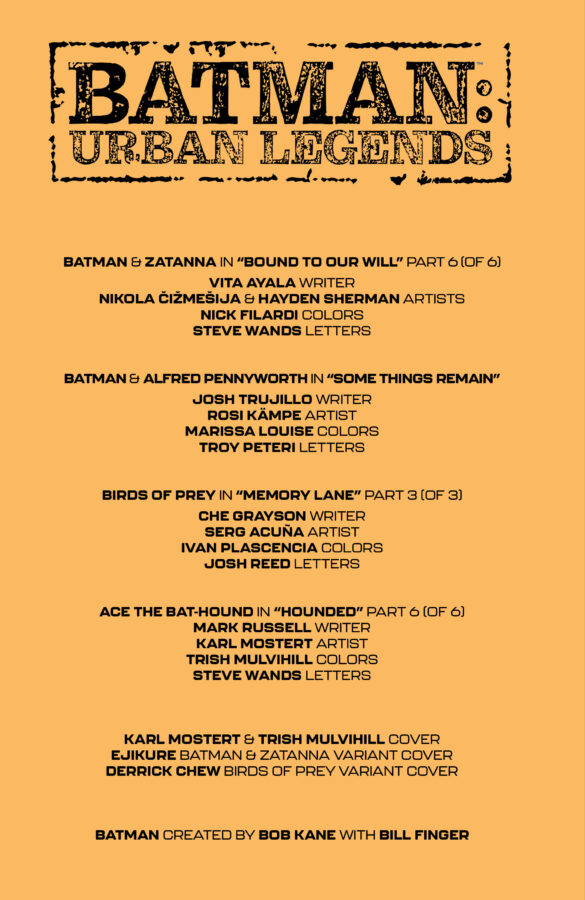 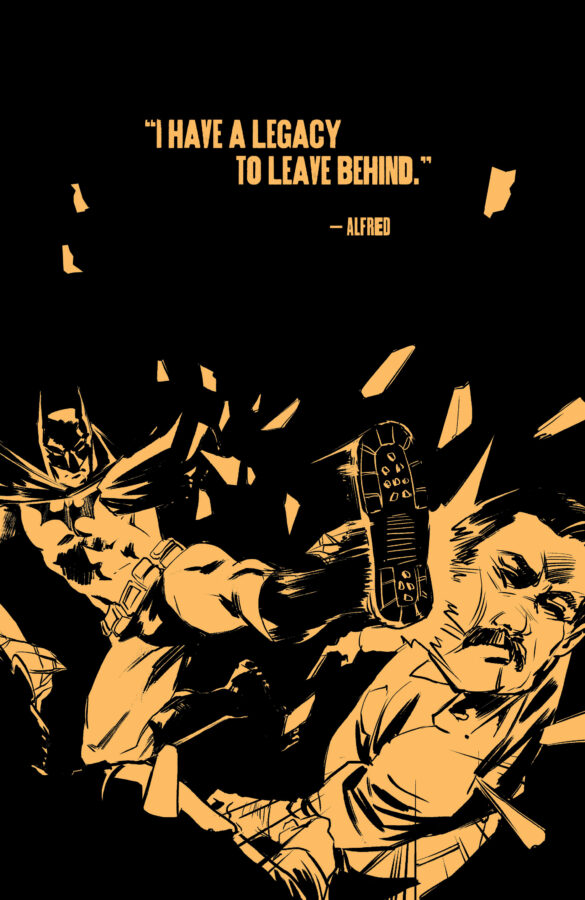 “This is a story that just breaks you with every chapter” – I said that last issue. I was so right!

In this grueling conclusion to this unexpected incredible journey, we see Batman fighting a bear. Pretty standard, as he even fought a shark once, but this time every time he hits the bear you die a little inside, as we’ve spent the last few months watching this creature help Ace and the rest of the animal heroes escape captivity and find their way back to help the incarcerated Dark Knight.

This was a wonderfully told story that was only hindered by the animals not being able to talk, meaning that the villain who has a monologue every chapter is the worst. All these wonderful creatures will now hold a place in my heart forever.

I loved this story and would read an entire series about them (are you listening, Mark Russell and Karl Mostert? Pleeeaaase). 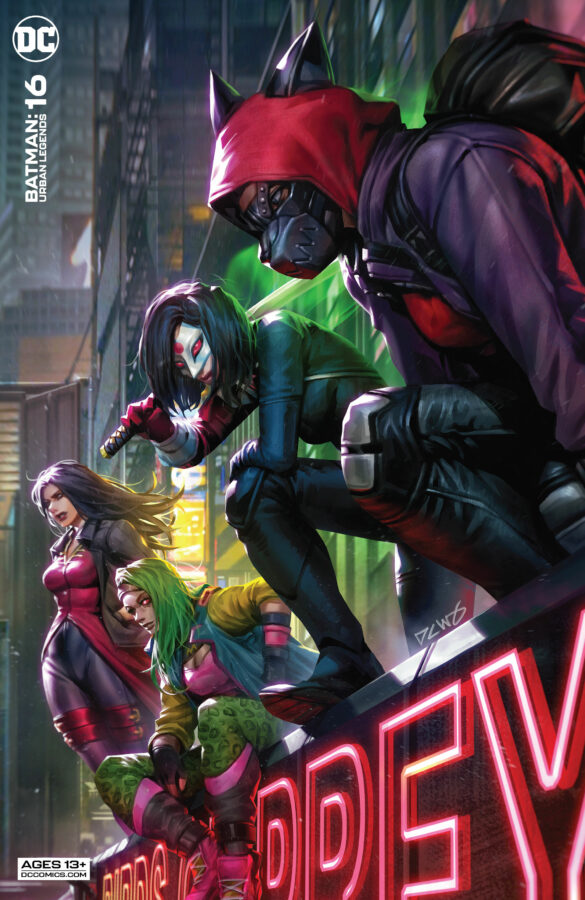 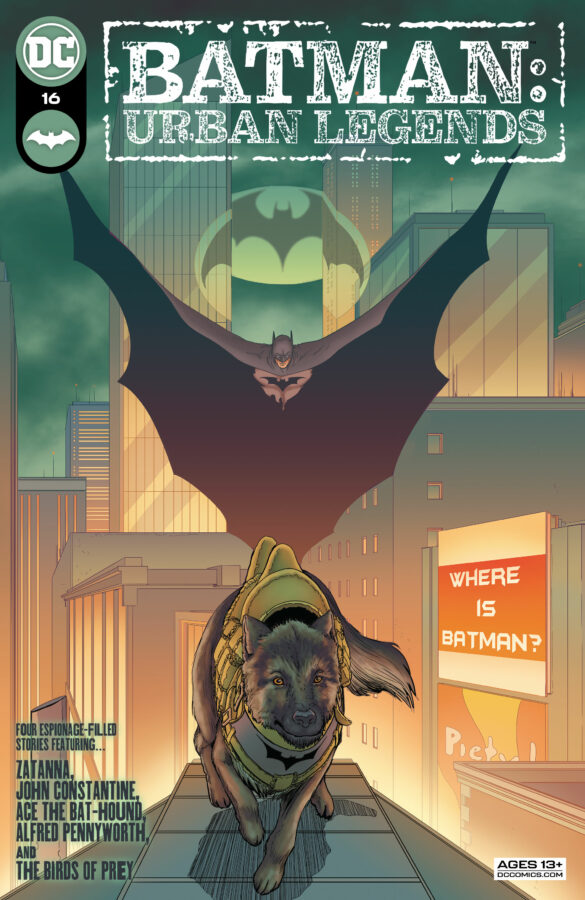 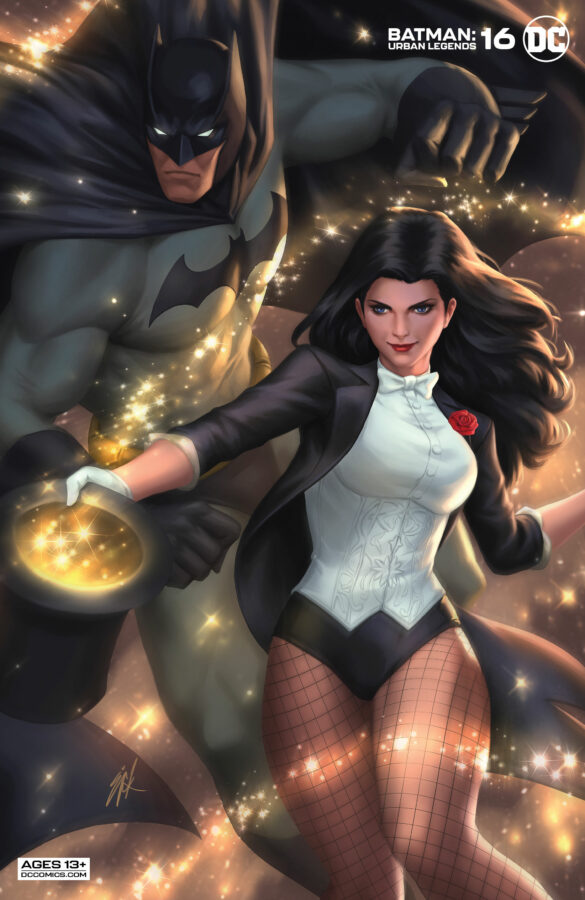 Batman: Urban Legends #16 is a wonderful book filled with well told heartfelt stories and one not-so-great story that felt like it was a canceled TV pilot.

Read this book, it’s worth it. I hope we have more stories like most of these going forward.