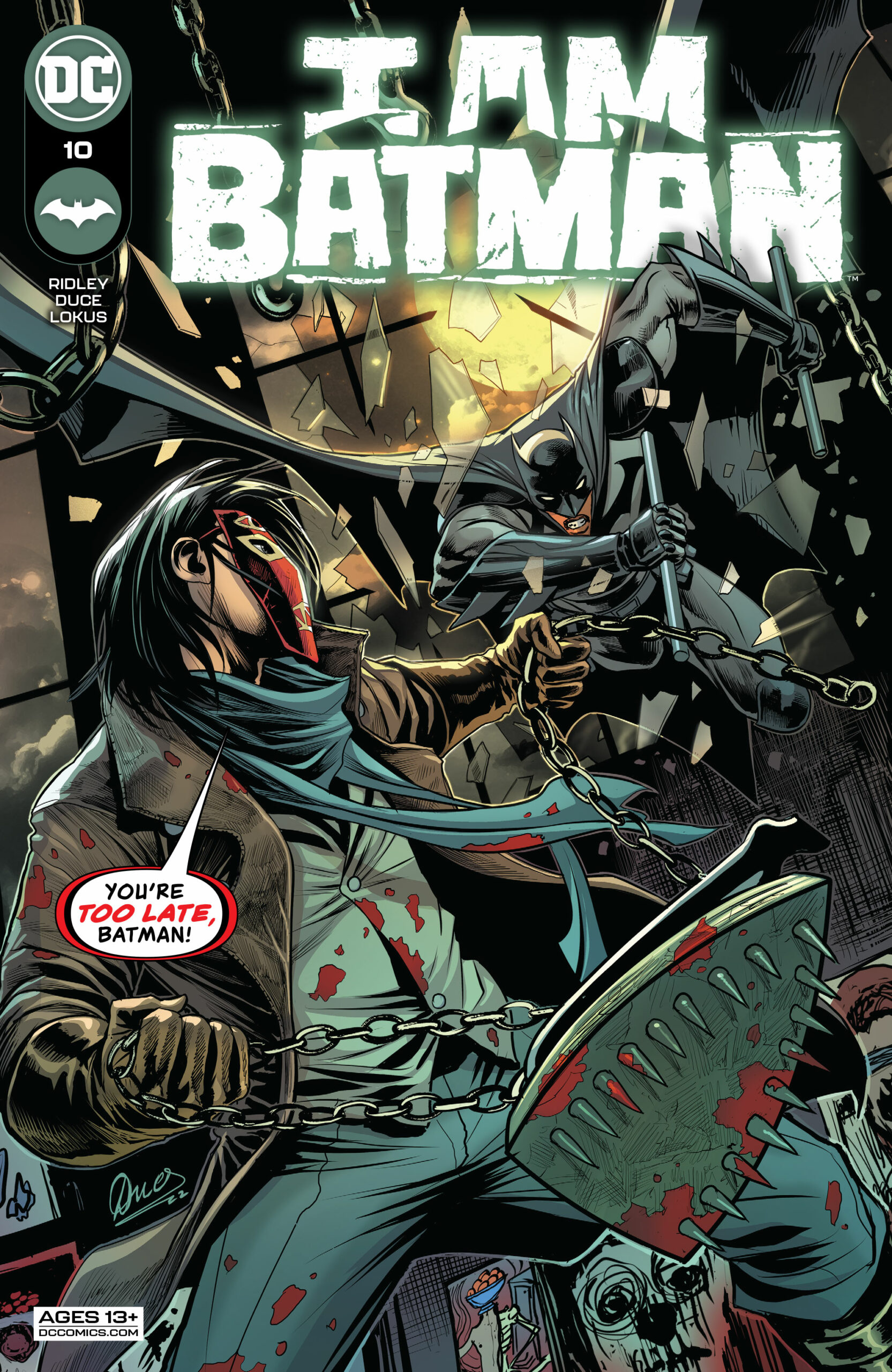 I Am Batman #10 starts off with an angry encounter between Jace and the mayor of New York. Manray’s been targeting corrupt city officials, and the mayor is the next victim in the killer’s sights.

Like all politicians, the mayor doesn’t like the implication that he’s also corrupt. Jace seems unconvinced, but Detective Chubb states her opinion that he’s not dirty like the other victims, but denies that “anybody’s as clean as they claim to be”. I think this is most likely. He’s likely not corrupt, but he probably has some secret in his past. 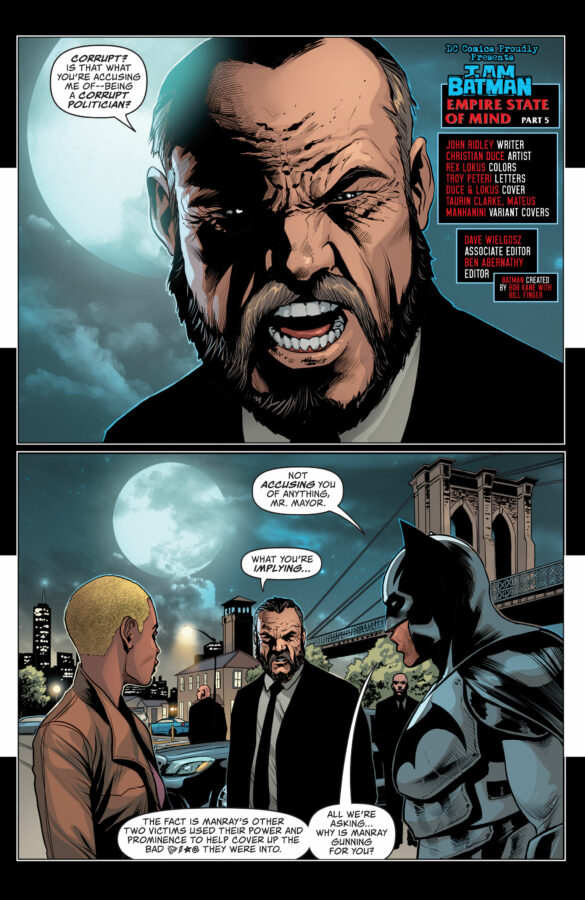 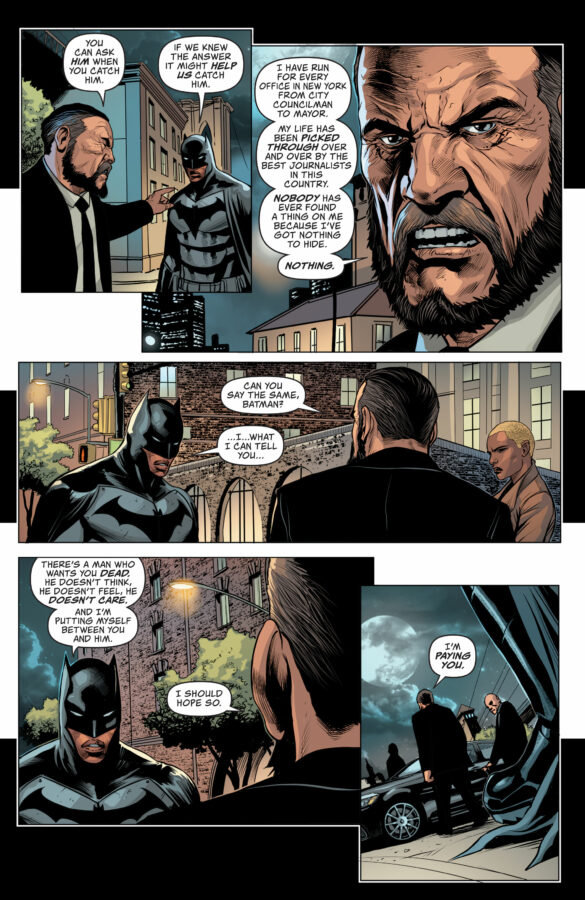 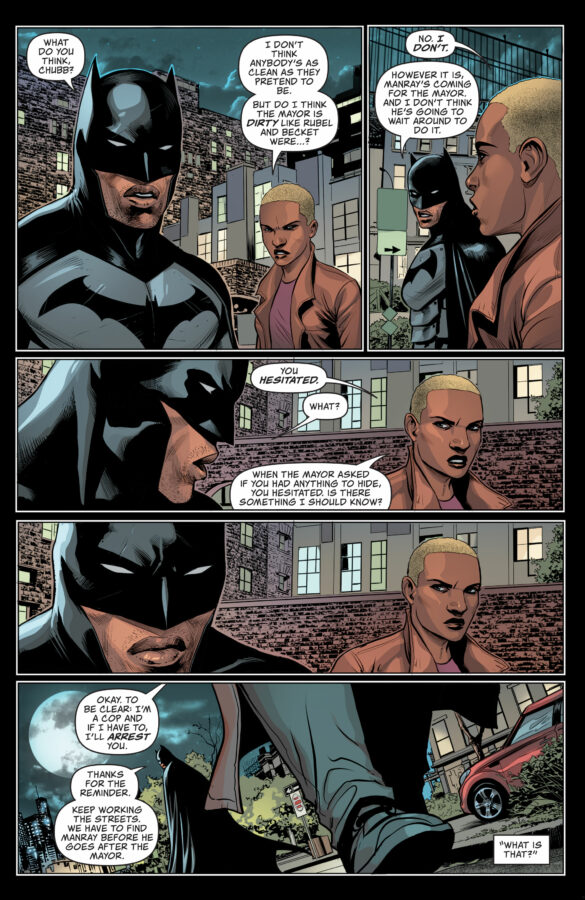 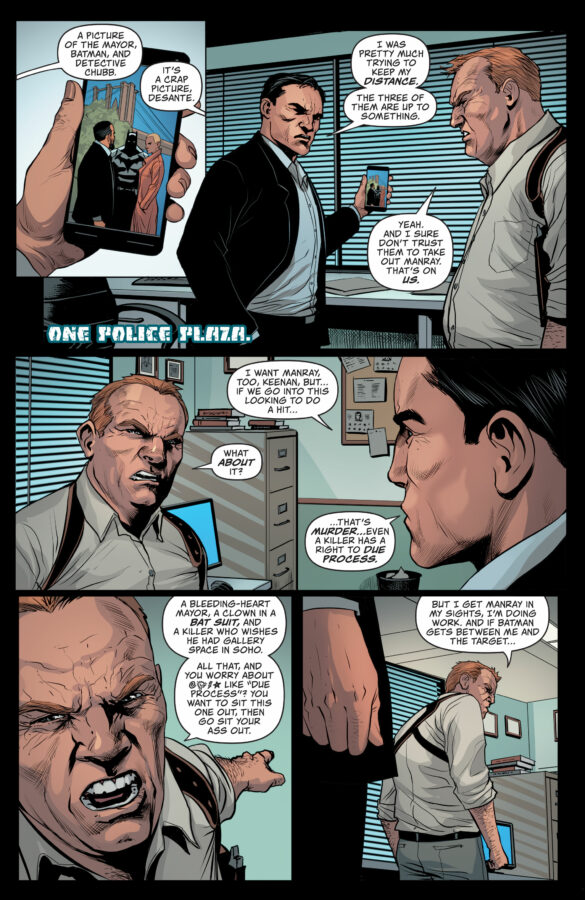 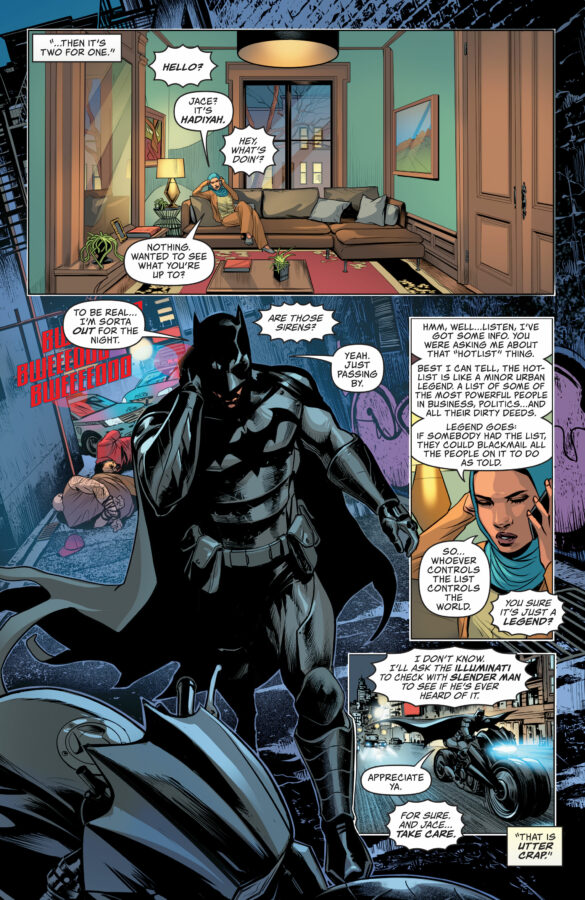 When Jace is asked if he’s got anything to hide, he’s at a loss for words, which Chubb picks up on. She’s then quick to point out, “To be clear. I’m a cop and if I have to, I’ll arrest you”. While we know that Jace’s legal issues have been smoothed over by his family’s money, he still feels guilty about it and Chubb senses that, which makes her suspicious.

There are likely going to be some major shakeups in the NYPD coming out of this story.

This was an action-packed issue that left little room for subplots. So, unfortunately, we didn’t see any of Jace’s family in this issue. Jace did get to have a brief phone call with Hadiyah, though. While it’s not clear if she’s figured out that he’s the new Batman, it’s becoming clear that she suspects something. It wouldn’t surprise me if she does figure it out, and I suspect she will formally become part of Jace’s support team before long. Ridley is quite blatantly hinting at her being a love interest for Jace, so she’s going to play a major role in this series one way or another.

Now that the Manray storyline is winding down, I wonder if we’ll see how the events of Justice League #75 will affect Jace. How will he react to the news that the original Batman is apparently dead? We know from Dark Crisis #1 that he will turn down the invitation to join Jon Kent’s new Justice League, but may he still come around and sign on later? I expect that eventually Bruce, or someone else from the Bat Family, is going to want to know why he’s running around calling himself Batman. 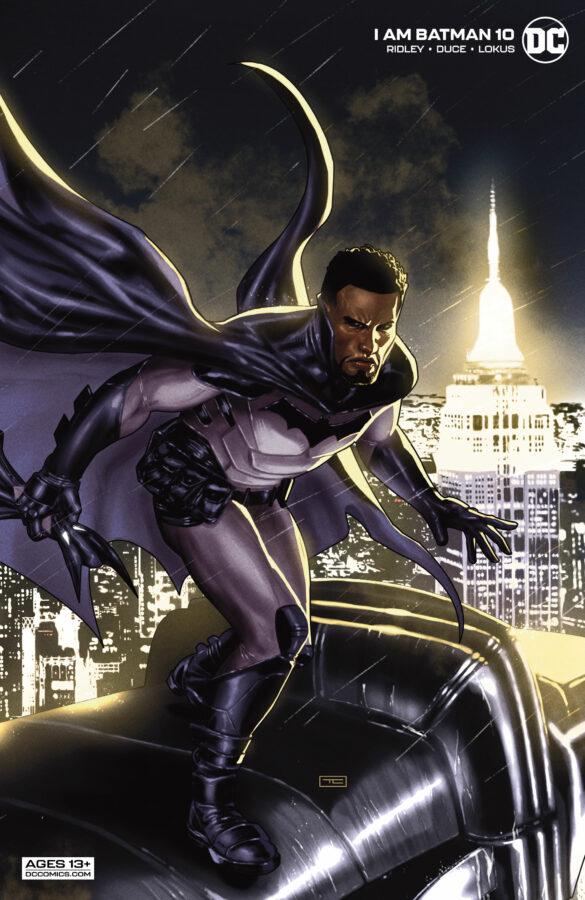 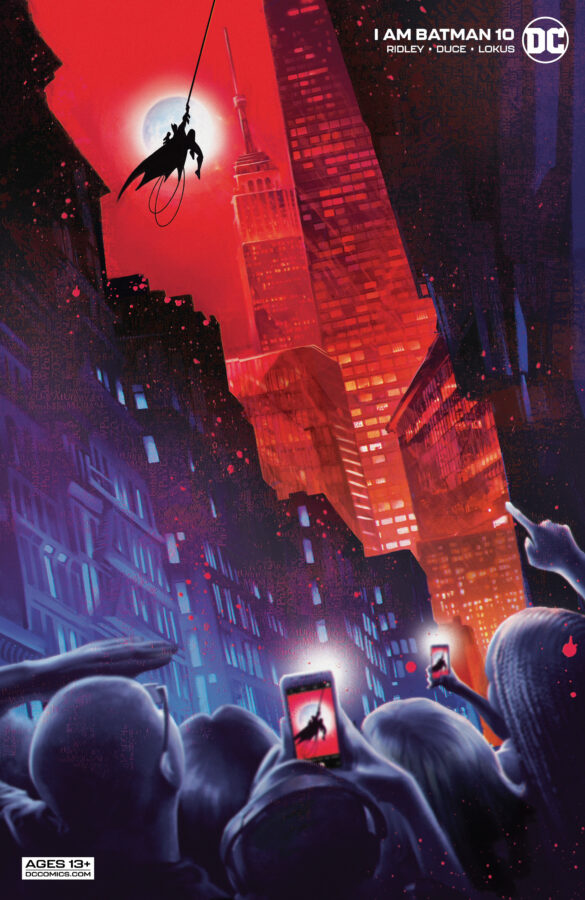 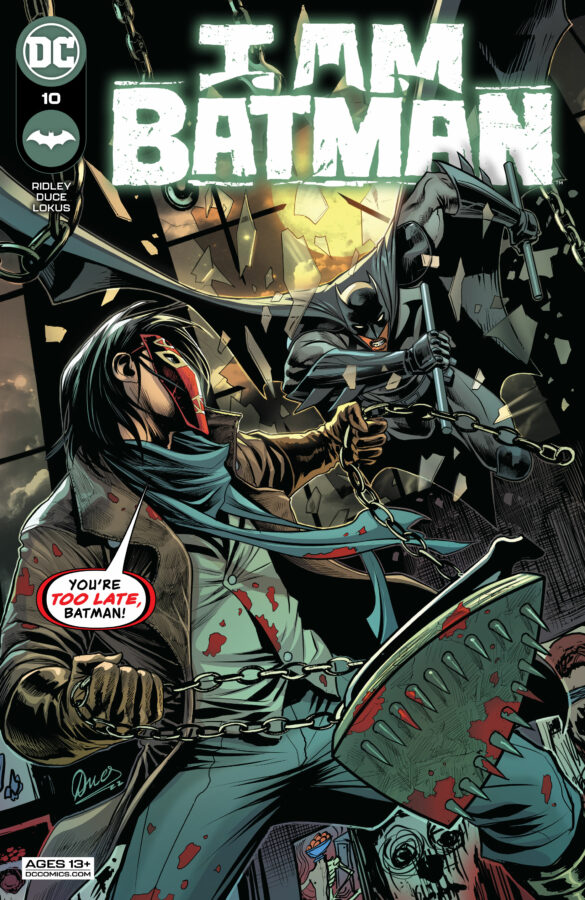 Again, Christian Duce’s artwork is fantastic. Jace looks no less iconic than Bruce as Batman and I love this rendering of New York City. Rex Lokus’ colors also beautifully convey the tone of the story. There’s one image that particularly struck me as showing the synergy of the artistic team; a vehicle explodes, taking out two police cars. Duce beautifully illustrates this, and Lokus’ colors add to the visual energy of the explosion. Troy Peteri’s “BOOOOM” adds the perfect finishing touch to the image.

This issue had a rather surprising conclusion, but it provides a great springboard that Ridley will undoubtedly use to propel the story forward. Ridley’s doing a fantastic job so far at establishing Jace as a hero that has the trappings of Batman but has an individual style that’s all his own.