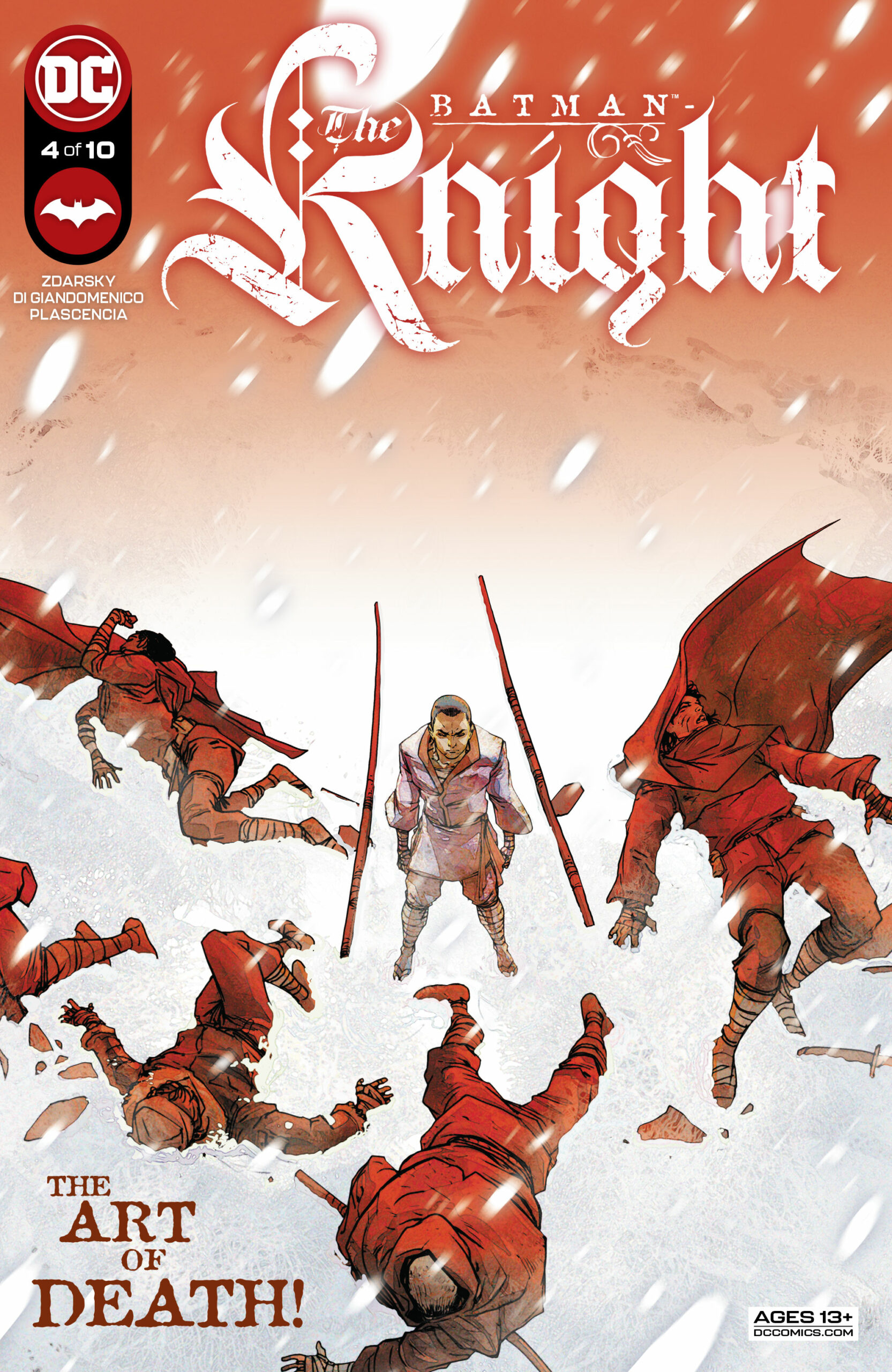 After learning detection from Henri Ducard and stealth from The Gray Shadow, in Batman: The Knight #4 Bruce Wayne travels to the Far East to begin his martial arts training under Master Kirigi.

I’ve been loving the art in this series from day one, but I’ve made no secret of the fact that the writing hasn’t really impressed me. Until now, that is. Bringing Master Kirigi into the story shows that Chip Zdarsky knows his Batman lore. Whenever any writer writes new stories that respect, honor, and build on what has come before, this immediately grabs my attention.

For new readers, this may well be their first exposure to Kirigi, but this is a character who’s been part of the Dark Knight’s backstory for over thirty years. First introduced in Batman Vol. 1 #431, back in 1989 (a banner year for Batman) this martial arts master was created by the wonderful writer, Christopher Priest (he was writing as James Owsley, in those days) and legendary artist, Jim Aparo. Just like in this issue, Kirigi is based in North Korea where he runs a dojo training the greatest martial artists. His most famous strike, a move spoken of in legend amongst the martial arts community, is the vibrating palm. This strike can kill an opponent with one blow.

Of course, this doesn’t sit well with Batman, but learning the technique and modifying it could also allow an extremely proficient fighter, like the Dark Knight, to incapacitate a deadly foe without killing them.

In Batman: The Knight #4 Chip Zdarsky has cleverly expanded Kirigi’s story, without detracting from or erasing the works of previous writers, like Priest, and making later appearances also fit in with what came before. Kirigi is a big deal, even though his appearances have been fleeting; he also trained the Bronze Tiger and Kyodai Ken in more modern tales.

What’s also brilliant about this issue is that Zdarsky also tells us about Kirigi’s ties to one of Batman’s most legendary foes, but without physically naming them. Anyone who knows the Caped Crusader’s history will be aware of many villains who employ and train warriors and assassins. One, in particular, is the head of many shadowy groups of killers. Perhaps this is how Bruce Wayne first appeared on this villain’s radar, and part of the reason Batman’s real identity is no secret to him, or his clandestine organizations.

As always, Batman: The Knight #4 also delivers wonderful visuals by the hugely talented Carmine DiGiandomenico, Ivan Plascencia, and Pat Brosseau. The art, colors, and lettering in this series have always been near flawless and, with this issue, I’ve at last been presented with a script and characters to match. I’m now a lot more hopeful for acts two and three, and far more excited to see what Zdarsky will bring to the table when he takes over writing duties on the main Batman title.

I wish it hadn’t taken the entire first act, but this series finally has my attention. I’m now officially interested to see what comes next, and how this tale of Batman’s past will affect his modern-day adventures.