“The Meager Man” – A “Shadows Of The Bat” Prelude 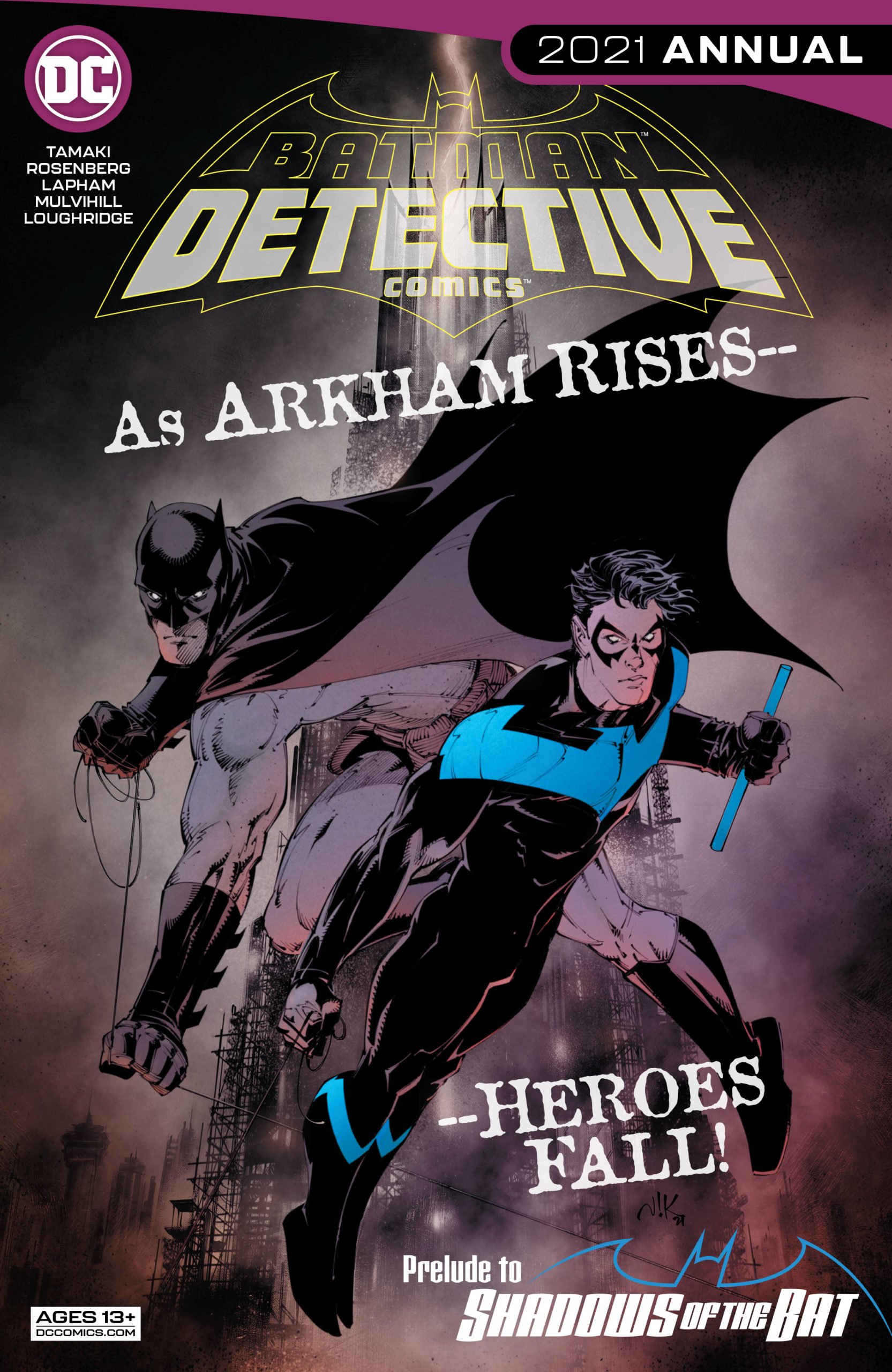 Pow! Wham! Smash! Catch ’em, lock ’em up in Arkham, they escape, Repeat. The Detective Comics Annual 2021 shines a long-overdue light on what happens when Gotham’s treatment for the criminally insane is broken!

We Save Who We Can

It’s a big annual week at DC Comics and we’re getting spoiled with oversized one-off stories. This one gives us a change in perspective on the revolving door that is Arkham Asylum. The issue starts with a young, happy Bruce Wayne having a giant ice cream sundae with his very much alive parents before everything goes wrong (honestly how Bruce Wayne’s childhood goes south every time we witness it makes me want to cry).

We see an unstable man causing chaos and hurting himself and others, and when things don’t go his way; despite injuring the great Dr. Thomas Wayne, the doctor still tries to save the man’s life. This is a lesson to Bruce (that he takes with him for the rest of his life).

Cut to the present day and we have Batman and Nightwing pursuing a criminal… and a creepy one at that! I think that’s the point, though. Nightwing reminds Bruce that these people are not of sound mind and they need help, not just a swift Batarang to the head.

A conversation ensues between the dynamic duo, as Batman in his stubborn ways claims that taking a criminal off the streets is job done, but Nightwing believes that things aren’t over until the person is in the right place; be it Arkham, or somewhere else.

For those of you who’ve been keeping up to date with Gotham’s architecture (and my reviews), you’ll know that the old Arkham Asylum was destroyed and the new (and incredibly foreboding) Arkham Tower is about to be opened in the center of Gotham. Most don’t trust the name or the fact that the colorfully costumed ne’er-do-wells will be so close to the citizens of the city, while others say that it’s a new Arkham for a new Gotham. Whatever the case, we’re treated to a first appearance this issue (or are we? See Batman Fear State: Omega and decide for yourself). Dr. Chase Meridian – of Batman Forever  – fame – makes her comic debut as a new resident of Arkham Tower, but this is no Nicole Kidman! Will she be a saint or a sinner? Only time will tell.

The art in this issue was unsettling in places. I imagine this was a deliberate move, given the theme and the MO of the central antagonist. All in all, it was not my favorite comic, but it was far from bad. The cover by Victor Bogdanovic (or is he Greg Capullo in disguise?) was an interesting one as well. Is Nightwing floating? The writing in this issue was also interesting, as it came from seasoned Detective Comics writer Mariko Tamaki. She keeps us safe with a familiar tone, but Matthew Rosenberg turns off the lights and yells, “Boo!”, as the head of hero horror at the moment (see DC vs Vampires #2 for a Bat-family treat). Put these two writers together and you get something new; horror… with heart.

As this title will soon be going weekly, it was great to see DC and its heroes taking the time to enjoy using the full Detective Comics Annual 2021 to talk about the mental health of characters and what happens when the violence stops. I can’t wait to see what new horrors come from Arkham Tower and also if rehabilitation in Gotham isn’t as far-fetched as it seems.