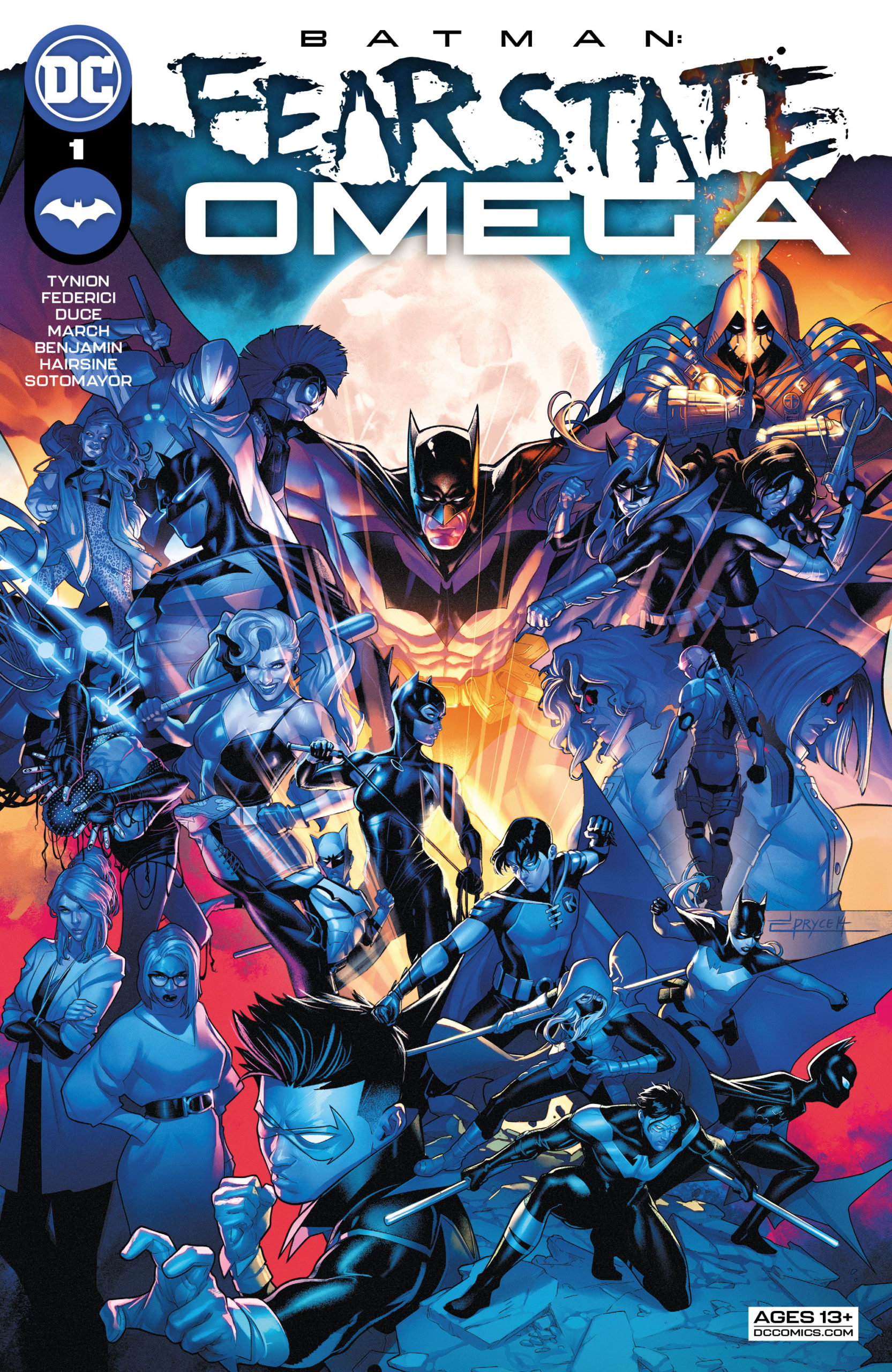 Fear State Omega #1 sees James Tynion IV make his departure from the Batman title and effectively wrap up the events of the highly eventful “Fear State“ arc. The book does a very satisfying job of establishing the new status quo in Gotham City, told through the effective prism of Batman taking the defeated Scarecrow to his new living quarters.

As these best of enemies take a trip through the city, we manage to catch up with most of the relevant involved parties from the previous few weeks. For a city that’s used to having more than its fair share of pain and suffering, the overriding sentiment here is one of cautious optimism for the future.

Relationships are renewed, new mentor-ships are formed and, most incredibly, Batman smiles! Yes, you read that right. This is a Caped Crusader that’s really gone through the wringer over the last few weeks, even by his own dark standards. Yet, he has come out the other side tasting victory when at times it truly appeared as though he would not. The harder the struggle, the sweeter the victory, so this moment is sweeter than a packet of Skittles.

A unique selling point to this issue is the variety of different artists that have brought their talents to the table. No fewer than five uniquely talented gentlemen all get a chance to shine here. Sometimes different artists in a single issue can cause distraction and serve to take the reader out of the story, but not here. Each artist is given their own part of the story to visually bring to life, and tonally everything blends together seamlessly. Moments of light and dark, color and shade all create a melting pot that warrants several re-readings.

As previously mentioned, this might be the end of an era, but the emphasis is on Tynion laying up the ball for his successor to run with. Interesting news plot lines are created, whether they involve a newly reunited Harley Quinn and Poison Ivy, Clownhunter acquiring a new mentor, or Peacekeeper-01 finding a new sense of twisted purpose (that will almost certainly involve more rounds with Batman). All these new threads are tantalizing tidbits that are going to keep the readers interested as the next phase begins to take shape. Whilst the new era may not directly pick all, or any of them up, they’re established and ready to be picked at when opportunity knocks.

The James Tynion IV era on Batman has, in my opinion, been a real success. Following on from the epic, sprawling, cerebral Tom King run was never going to be easy, but he forged his own path through a combination of good ideas and great execution. It’s been a great collaboration with Jorge Jimenez too, producing issues that mix taut storytelling with eye-popping visuals. As partnerships go, these two have been right on the money and I look forward to the day that they work in tandem once more.

Fear State Omega #1 concludes a classic era for Batman. Creative teams will come and go, whilst the character endures and continues to be DC’s flagship product. The team that’s brought us so many treats in this era deserves to be lauded as one of the best in modern times. I urge anybody to invest in the back issues and immerse themselves in them.