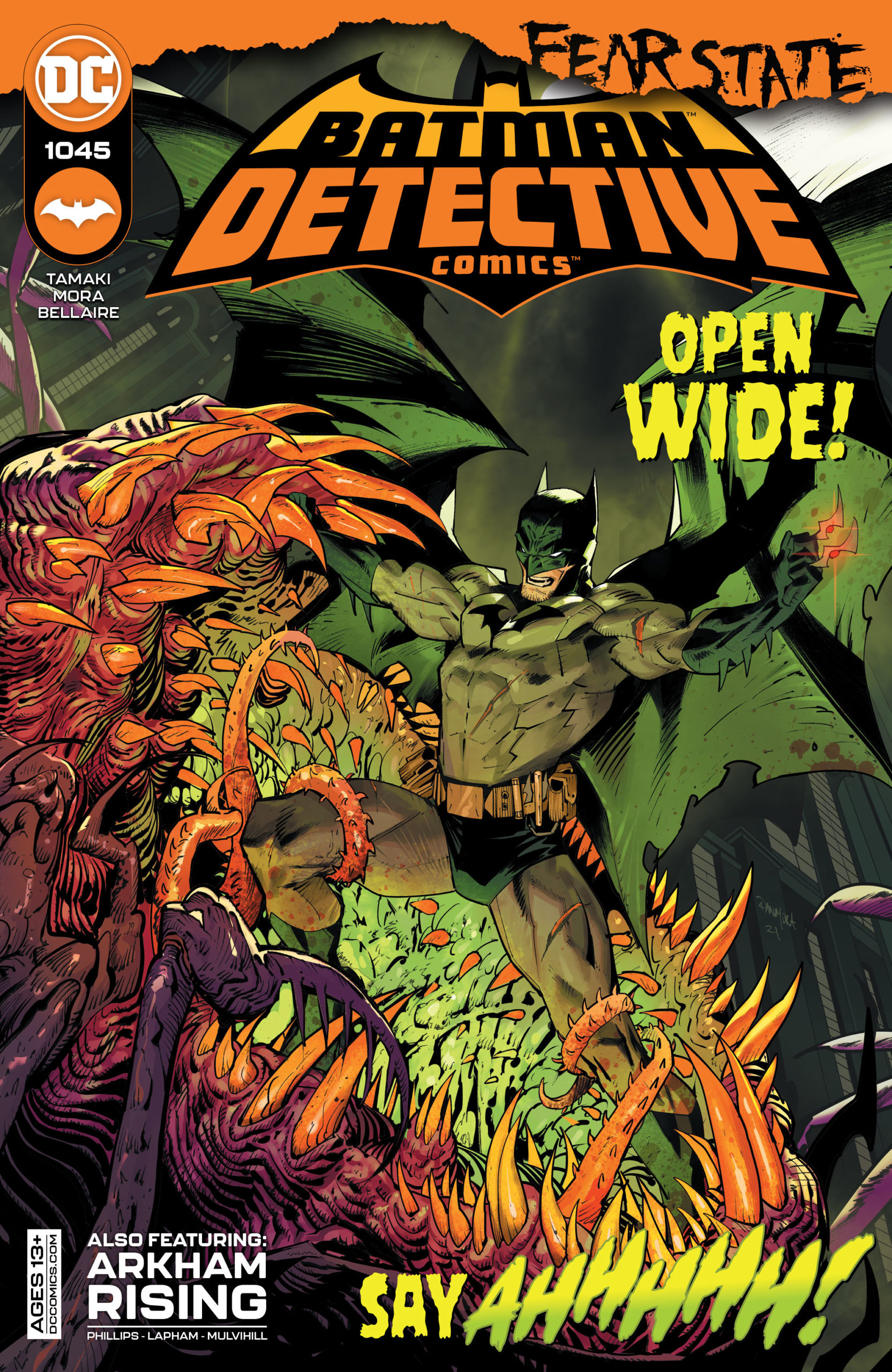 The Fear State is almost over, but this issue shows how a selfless act from the Dark Knight may have changed Gotham’s Future, but don’t take my word for it… Read Detective Comics #1045

The last issue ended with Batman trying to revive a flatlining Mayor Nakano. That’s exactly where this issue picks up. Also, it’s worth noting it’s revealed in this issue that the “Nakano’s Nightmare” story takes place around the time of Batman #113, for those of us who were reading the Fear State books in the reading order suggested this was an unusual thing to find out 2 issues before the end of the event.

Gotham is being overrun by the larvae of Mr. Vile’s grotesque people-eating monsters. The Dark Knight and his team are the last line of defense (not to mention the only people who know this is happening). They must unite and try and find a way to save the city, the mayor, and themselves from what can only be described as a nightmare creature from outer space!

The art in this issue is at the usual stunning Dan Mora level, some of the dark colors used in the Gotham sewer and the bright colors to show a violent monster really pop on the page this issue, high praise to Mr. Mora and Jordie Bellaire, my eyes were glued to every page. The writing in this issue was wonderful from start to almost finish, Mariko Tamaki never fails to deliver, but towards the end of this issue, I finally felt the change in direction that WAS headed towards Future State. The ending seemed to abruptly change and head towards a new direction. This being something fans have been wondering about since DC’s 5G turned into a two-month event, what was the future of DC comics going to be. This feels like the first clue.

The surprisingly wonderful accompanying story to this and last issue of Detective Comics really has me gripped. It gives a bit more insight into everyone’s favorite madhouse. We dive into a thrilling chase, and trippy hallucination for Batman, who is forced to face his inner turmoil once again. Batman is also trying to stop a mad old man from blowing up a building. The story had depth, intense panels, and humor at times, making it a really enjoyable read.

With Detective Comics becoming a weekly title as of next month, I for one can’t wait. I also hope that every issue going forward can make me feel the way this one did. Detective Comics #1045 is a great read.