“Hunt The Batman” – Part Seven, and “A Night in the Life of a Bat in Gotham” 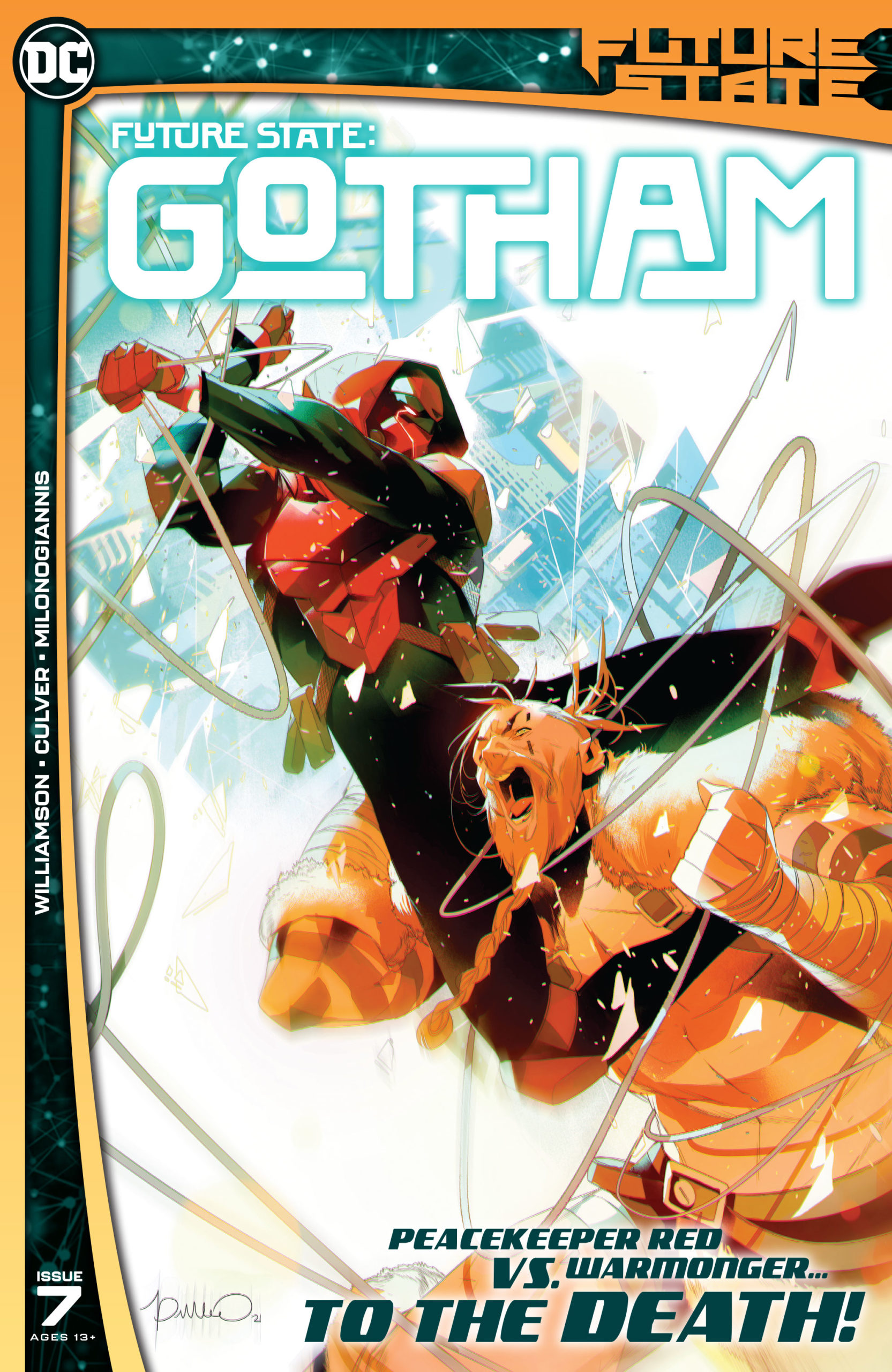 Okay, listen. I love Jason Todd way more than the next guy, however, I will never pass up a chance to see the Bat-family all together, whether it be in the bat cave chillin’ or on the streets fighting crime. I just need them not to be so super violent towards, well… everything! we saw the poor bat babies go through it in the last issue, and there are so many things happening in this arc that I couldn’t wait to see what chaos was coming our way in Future State: Gotham #7.

I think this is a particularly spot-on title. As all the Swifties know Taylor has re-released her album Red. This is the title of one of the songs on the album, I have to say that I think it fits Jason Todd amazingly. I’d also say it fits with the plotline of this issue as well. Jason tries so hard to be a tough customer, but we all know he just needs a hug and someone to tell him that they love him for who he is!

There was one particular scene that has me cursing Joshua Williamson and Dennis Culver’s names. Everyone who’s read Future State: Gotham #7 will know the exact scene I mean. Joshua, you don’t know me… but sleep with one eye open, buddy! That was super uncalled for. Other than what we will now refer to as “the scene that shall not be named” Williamson and Culver did an amazing job, as per usual. We seem to be coming to a slight close with this part of the story and although we still have MANY questions, I’m rather happy with how things have come together. The communication is getting stronger between certain people and I approve. At least one Bat has to be good at communicating and being a decent human, not just a great crime-fighter.

As an avid comic reader, I’ve seen my fair share of fights and violence on the page. Giannis Milonogiannis always seems to surprise me with his renditions. The first couple of pages in this issue are just stunning. Although I don’t like it when Jason’s on the receiving end of a beat down, I somehow don’t mind it as much when I can comfort myself with some great-looking artwork! 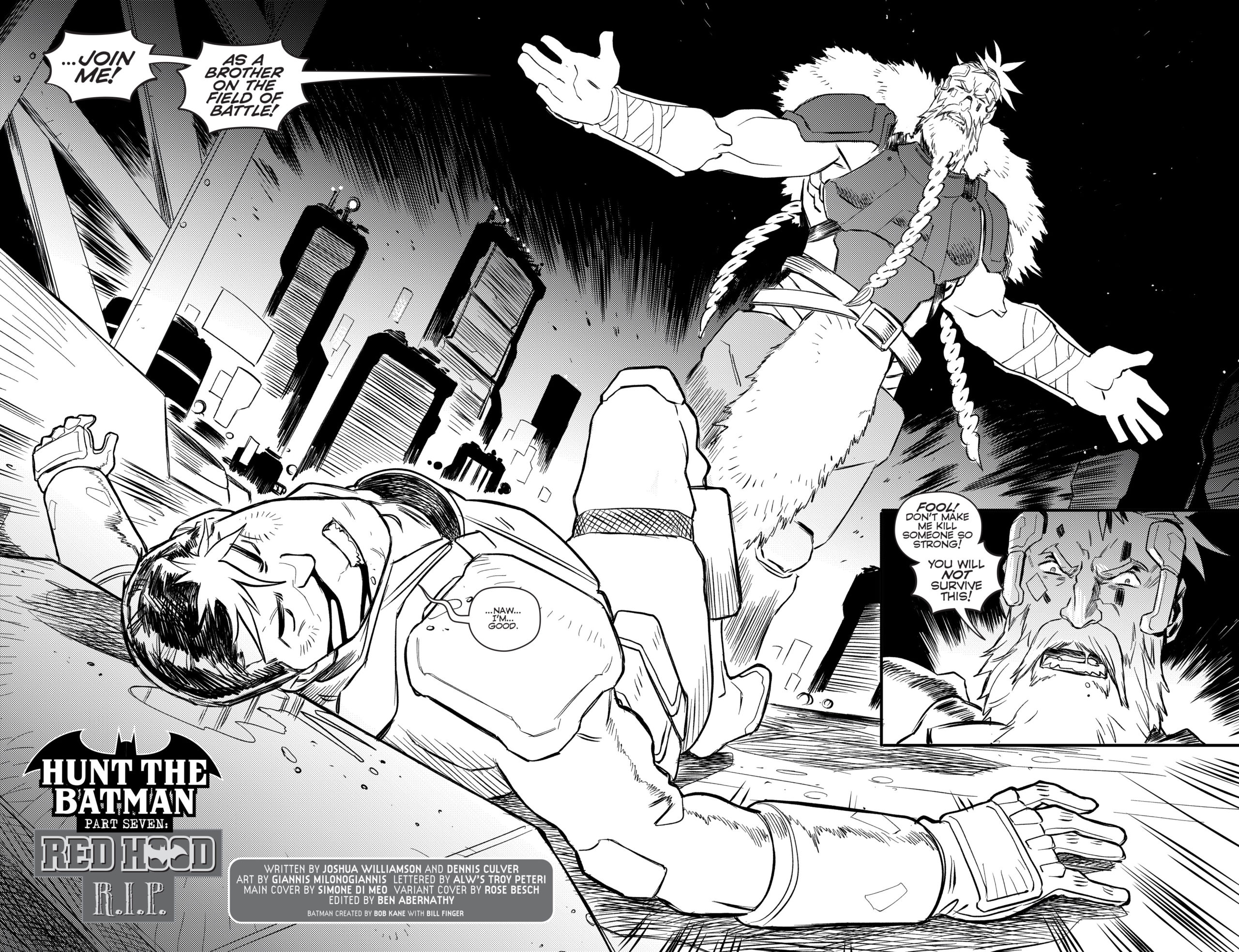 Milonogiannis is also in my bad books because of “the scene that shall not be named”, though. Was it stunning? Yes. Was it unnecessary? Yes. How dare you help Williamson and Culver traumatize us and poor Jason. WE’VE ALL BEEN THROUGH ENOUGH! Yet I would go through it again if it means I get to look at Giannis’ art!

Did you ever wonder what the Bats in the cave did while Bruce was out fighting crime? Well, wonder no more! Joshua Williamson has all the answers you need in the short at the end of the book. It’s always been a question in the back of my mind, what happened to the Bats that lived in the Bat cave? Does Alfred feed them or do they fend for themselves? Who knew there were such unanswered questions about the tiny adorable little winged beasts. I really enjoyed this little jaunt around Gotham following our flying friends. It was just what the doctor ordered after reading the heavier story before it. Riley Rossmo has a very unique art style, and I don’t think I’ve seen anything quite like it before. It really added a lot to the story and matched so well with Gotham and the Bat.

This series just seems to be getting better with every issue. Future State: Gotham #7 is both the end and the start of something great! I always love Williamson and Culver’s work, and when you add in the art of Milonogiannis, you’ve hit the jackpot. I would suggest going back and binge reading the first 7 issues of this series to enjoy the arc as a whole. I know what I’ll be doing this weekend!