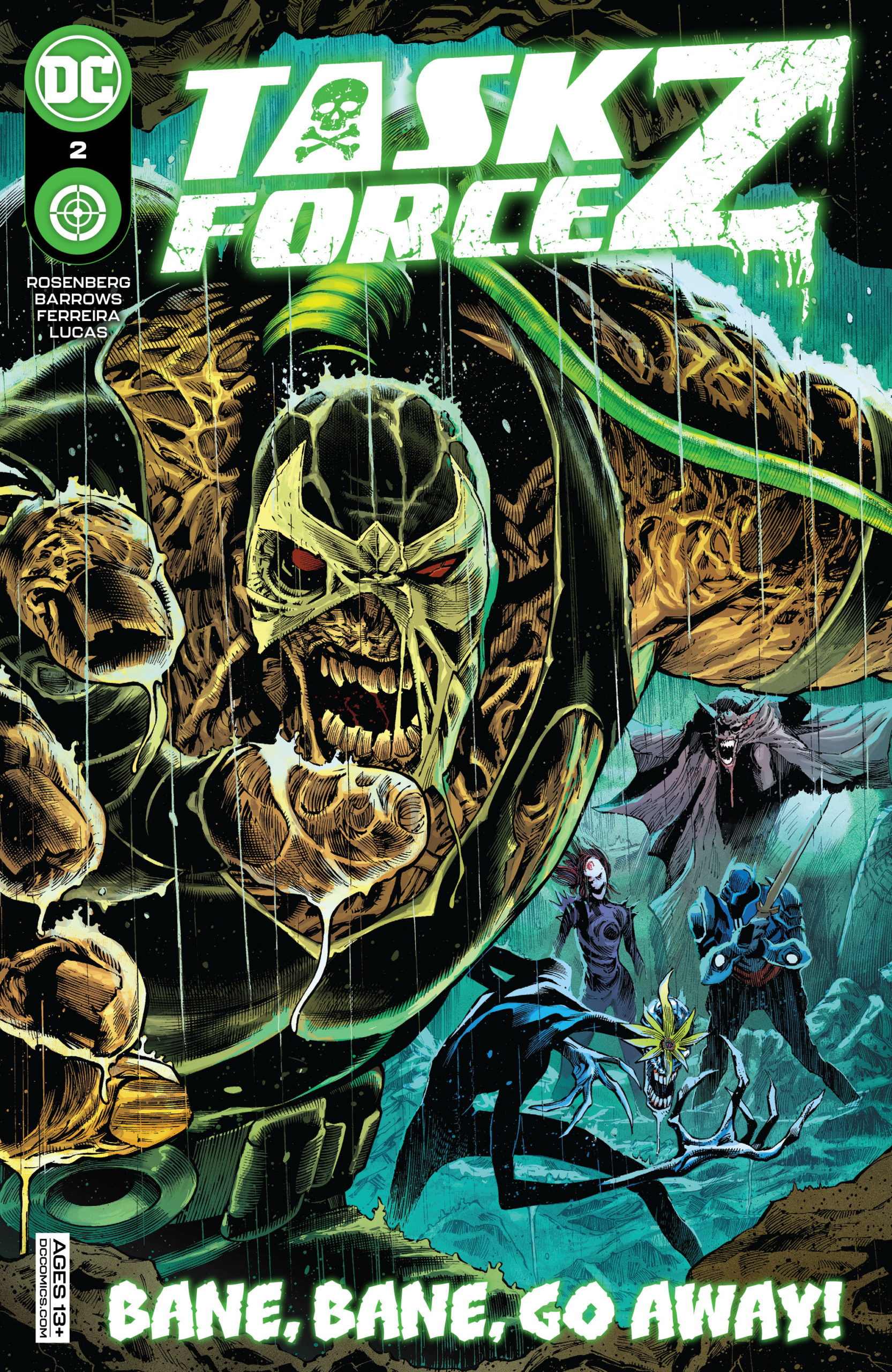 What would you do; if an undead, hungry, murderous Arkham Knight is crawling towards you (because she has no legs) whilst you’re freezing to death. I’ll tell you what you’ll do, Read Task Force Z #2!

Under the Dead Hood?

Having enjoyed issue one of this series I was excited to read what comes next, I had seen some comments online about how this series made some once major threats to Batman into mindless jokes. This issue nips that theory right in the bud. We learn a lot more about the Lazarus resin this issue and how it works. So to all you naysayers out there, there’s always a reason why.

Our hero, Jason Todd was freezing to death at the end of the last issue, with a zombie Arkham Knight gnashing her way towards his face. This issue is anything but dull. Task Force Z can die, have died, and will die again and again. We learn that the mission this team is on is to recruit as many dead heroes and villains to resurrect them to join the task force. Very on-brand. But we’re still yet to find out who’s really pulling the strings.

Mr. Bloom has proved a much more interesting character than I remember from his brief stint as big bad towards the end of Snyder and Capullo’s Batman run. His hidden agenda and Slender man look really do give him a creepy vibe that suits this book to a T.

Is there love in the air for Jason and yet another strong female lead (I think so!) This issue is playfully written not taking itself too seriously whilst also keeping me entertained throughout. The art is great, but if I may make one small request, please ease up on the scars on Jason’s back, he has been shot and stabbed, not burned to a crisp…. At least not that I can remember.

Task Force Z #2 is a fun issue that keeps the serious tone of DC books with a flair of fun. Keep an eye out for that last page stinger and you’ll definitely be back for issue three!