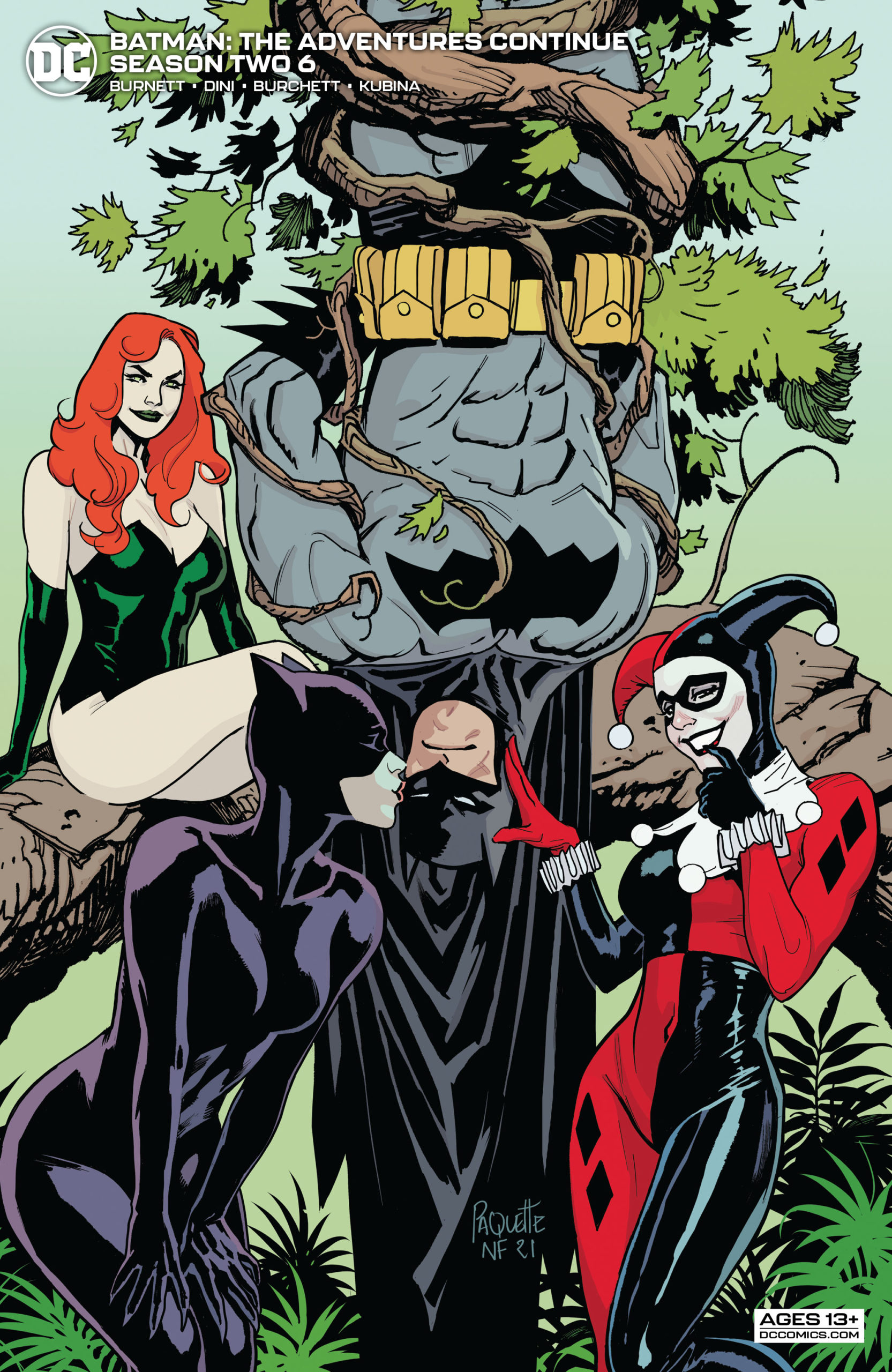 Isn’t Mayoral prospect Emerson Mayfield great? He’s just so smart and strong and… wait, no he’s not. Why did I think that? I think I lost my mind for a second. So, just what is happening in Batman The Adventures Continue #2.6?

The politics of Gotham have always been complicated, even so, it really does take a lot for Batman to have to get involved. With former Mayor Mayfield in the mix, it feels like this is a personal issue for the Dark Knight.

The charm of a politician is always the defining factor in whether or not they get elected. So, why is this evil former mayor so likeable? It’s almost as if the game is rigged. What has this bloated former crook done to sway people in his favor? It will take the combined efforts of the entire  Bat-Family to solve this one, but can they even trust themselves? Can they be sure that Batman won’t lose his cool? Why are there clay footprints at the crime scene?

Throughout this issue, it seems like people are uncharacteristically angry or friendly. Something strange is at play, and I’m sure it’s not due to Mayfield’s newly discovered Tai Chi. The writing of the book brilliantly makes the reader feel the emotions the characters are feeling. Do we like him? Have we misjudged him? No, he’s awful! Or is he?

The art this time is back on top form as well, after the slight hiccup of the last issue. We’re treated to calm, intense moments, wild fight scenes, and small cameos that are very reminiscent of the animated series itself.

This issue was great, I enjoyed looking at it, reading it and the twists and turns of this ongoing storyline are really keeping me guessing. I can’t wait to see what happens next!