Former Batman and Robin actor George Clooney has revealed why he won’t show the maligned movie to his wife, as well as the reason he will not be appearing in The Flash.

At a red-carpet premiere for the movie The Tender Bar, George and his wife Amal Clooney dropped an interesting tidbit in their relationship; Clooney refuses to let his wife see Batman and Robin.  Amal was very frank with reporters:

He won’t let me watch it.

Clooney chimed in with the personal reason why.

There are certain films I just go, “I want my wife to have some respect for me.

To add to the self-deprecating even more, Amal stated that their four-year-old twins would want to watch the movie. George shot back another jab at the film’s expense really quickly. 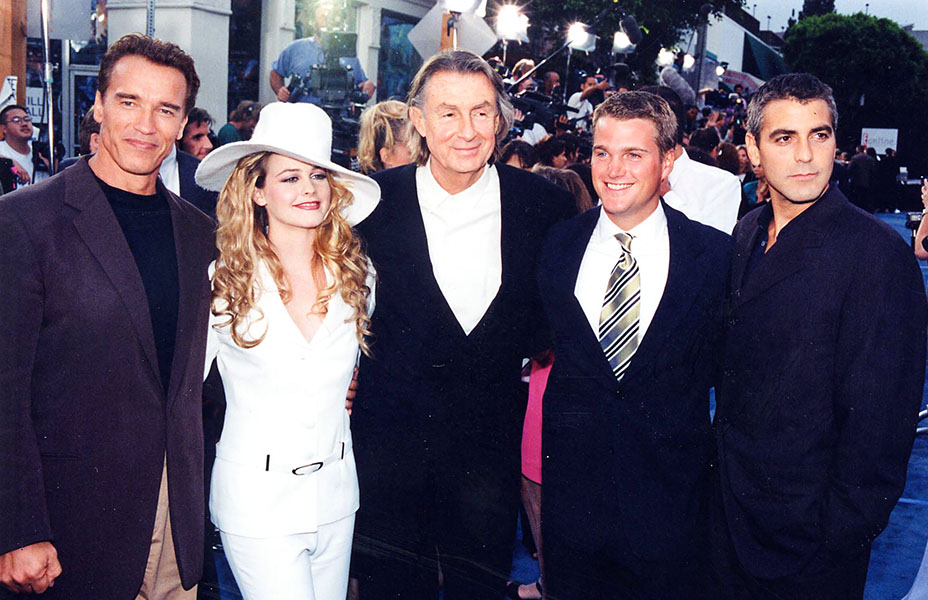 It’s bad when your four-year-old kid goes, “This sucks”, that could be painful.

Ouch, George. The movie was not great, but it’s certainly not the worse thing ever. However, George Clooney also poked fun at how the film “destroyed a franchise”.

In fact, his experience on Batman and Robin is also why he has not been asked to join Michael Keaton and Ben Affleck on The Flash.

They didn’t ask me. When you destroy a franchise the way I did, usually they look the other way when ‘The Flash’ comes by.

Previously, Clooney guessed they did not ask him to reprise his role, because of the infamous Bat-nipples.

Clooney has been infamous for not pulling any punches with Batman and Robin. At one point, he even claimed that it “physically hurt” to watch the movie. He has gone on the record to say that he takes full responsibility for the low quality of the film.

Meanwhile, his fellow Batman actors Affleck and Keaton are hard at work on the upcoming Flash movie. Only time will tell if Flash will help bolster the Batman role or condemn it like Clooney claims his Batman.

The Flash is set to premiere next year on November 4th, 2022.