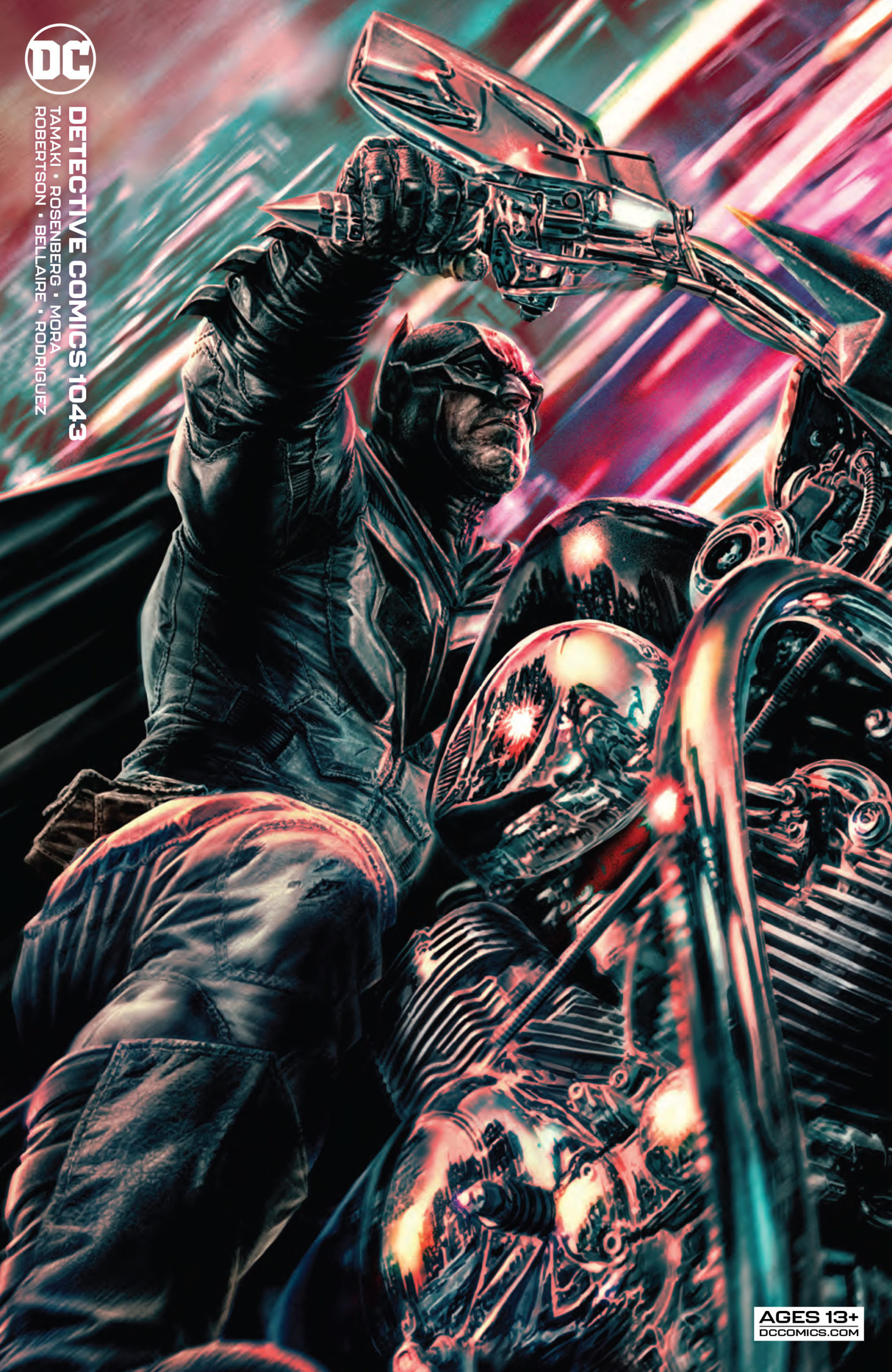 “Fear State” has a stranglehold on Gotham City, and everything’s getting out of hand. Scarecrow and The Magistrate alone are enough to topple the city, so what else could go wrong? You’ll find out in the explosive, whirlwind Detective Comics #1043!

Whenever there’s a big comic crossover event, there’s the risk that all of the tie-in books have to shelve their ongoing stories and take the main character into a whole new situation. Luckily for Detective Comics readers, the last issue perfectly gave us a small element of closure, meaning that we can fully immerse ourselves into the chaos that is “Fear State”!

For those who are following the recommended reading order of the Fear State event, this story takes place after a number of other tie-in issues, (don’t worry no spoilers ahead). We kick off this chapter with Gotham in peril… standard. Mayor Nakano’s trying to keep the last small touch of control before all hell breaks loose when, all of a sudden, a new team of undercover, red crown-wearing rogues infiltrates City Hall to make an attempt on his life! To be honest, I didn’t see this coming, I was sure that this story was going to have to depart from the gritty detective tales it’s been treating us to of late, but boy, was I wrong!

The outstanding Dynamic Duo of Mariko Tamaki and Dan Mora, bring writing and art that gives readers enough adrenaline to shake off Scarecrow’s fear toxin! Whilst keeping in line with the state of Gotham and the crossover event, this book still felt like part of the wonderful Detective Comics run that we’ve been enjoying the last few months. This intense thrill ride takes us through an explosive city, into the sewers, and deep into the Gotham underbelly. Try to keep up!

Deb Donovan and Red Hood, the newest dynamic duo, return! It suddenly dawned on me whilst reading this issue, that this is canon. Having seen so many different versions of Jason Todd over the last few months at DC, and in more teams than you can throw a Batarang at, I’d been lulled into a false sense of security, but if he’s going to be a part of Task Force Z, will that mean that he has to die (again)?!? No… this time it’s the main Jason!

Deb Donovan is really growing on me, as she asks some really good questions as a reporter. When Batman saves your life and drops you off on the rooftop of a building; how are you supposed to get down? I’ll let that one sink in with you for a moment.

This finale to the prologue of Task Force Z finishes in a hail of bullets and batarangs with Donovan sharing her story, and with a shadowy figure revealed as the one who’s been pulling the strings. Plus, there’s a warning from Batman. Who or what could possibly put a chill down the Dark Knight’s spine? To find out you’ll need to pick up Task Force Z #1 Coming soon to your local comics retailer!

Detective Comics #1043 was a welcome change for a book that’s a tie-in to a crossover event, in the main sense that it didn’t feel like it disposed of the story/style it had before. This issue’s wonderfully written, beautifully drawn, and is a must-read for Bat-fans everywhere!