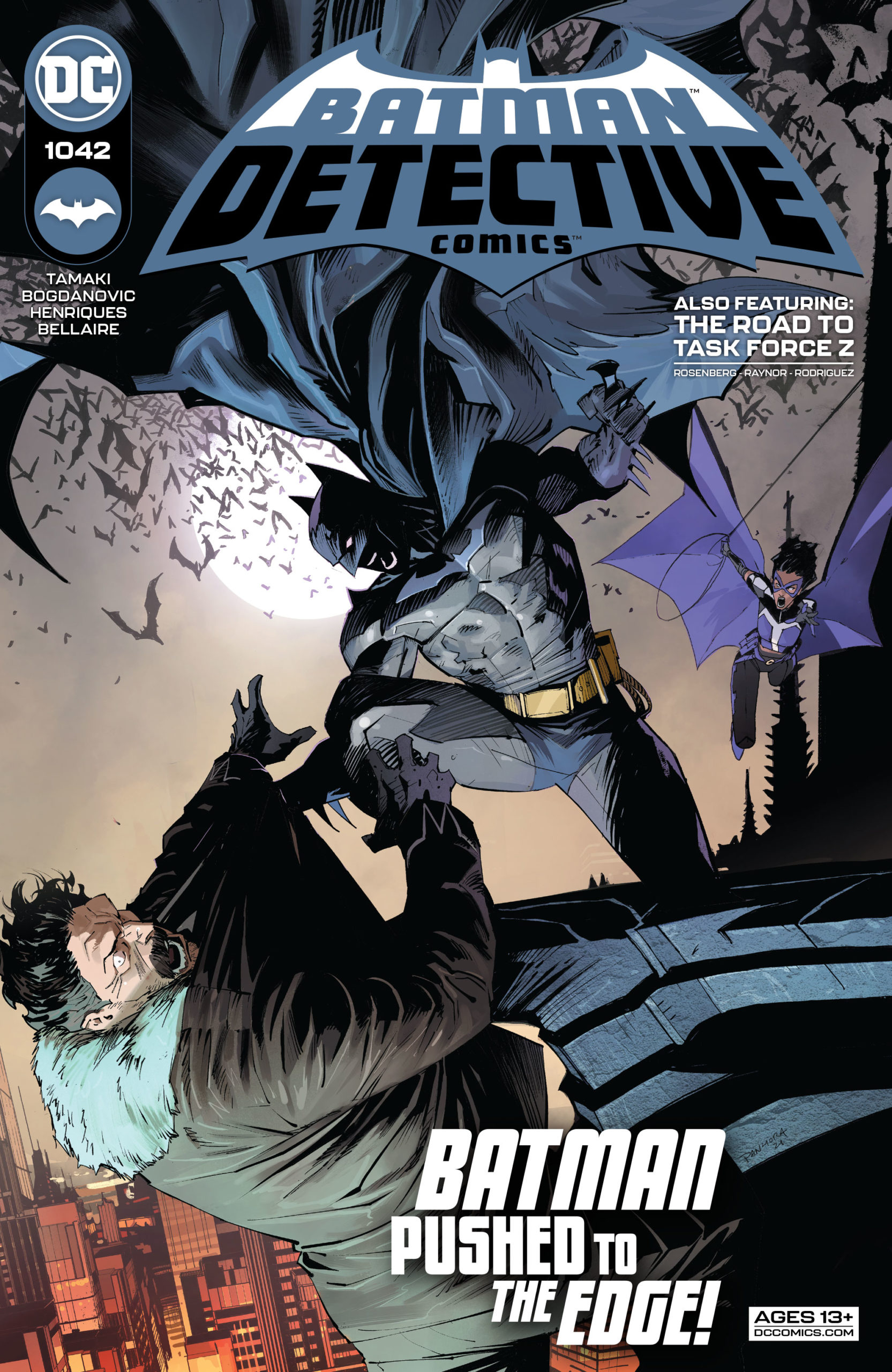 This is it. All roads have been leading to this; a gritty brawl filled with twists and turns that will test Batman, and push him to the limit. In the last issue we met The Jury, but to find out the verdict you need to read Detective Comics #1042!

Well, if you thought the last issue was explosive, you ain’t seen nothin’ yet! Batman has been infected, and the Jury have unleashed a monster Dark Knight. Can Huntress prevent our hero from becoming a non-stop killing machine?

This issue’s an adrenaline fuelled thrill ride, that’s got some of Gotham’s newest rogues truly tormenting the caped crusader.
Penguin, Worth, Vile, and a whole bunch of thugs and goons had high hopes for their sinister schemes. but you know what they say about the best laid plans.

There’re a few things you can always rely on. one of which is that Oswald Cobblepot will betray whomever he’s with in their time of need. Mr. Worth is no exception. Without giving anything away, Huntress, Batman and Mr. Vile have a confrontation that none of them will ever forget.

The Future of Gotham

Mariko Tamaki (who is my top choice to replace James Tynion on the main Batman title) has been building each of these characters from the ground up. In this issue we’re finally treated to the culmination of all their stories. This is master storytelling and I felt sad when it had to end for Fear State to take over for the next few months. Viktor Bogdanovic picks up the golden pencil where Dan Mora left off and draws up a storm of beautiful imagery. I absolutely love having Batman back in blue and grey with the yellow bat logo, and this issue just strengthens those feelings. Well done to this team, you’ve all been killing it week after week!

This conclusion brought the perfect end to a thoroughly enjoyable story, and we’re teased with a little last page stinger that could mean we haven’t seen the last of one of the villains. I definitely can’t wait to see what comes next.

So, last issue we saw Deb Donovan meet Red Hood, and this crazy story just keeps on going. Shedding a bit more light on the upcoming title, Task Force Z, we’ve learned that a few of the events that happened on A-Day (waaaay back in Infinite Frontier #0) had lasting consequences. Some villains who died that day, may have actually died that day (Comics!) So Deb Donovan, with the help of Red Hood, is on the case of the missing corpses. Now, if you’re thinking what I’m thinking, the mystery related to the words Task Force will have Amanda Waller pulling the strings. Could she be the one behind all this, or is it someone a little more sinister? Someone from Arkham’s past, maybe?

This story really is a fun romp that shows us Deb Donovan in all her glory, and gives us a new look for Jason Todd. The change originally jarred me a little, (his hero name is not Red Bandana, everyone knows that’s Grifter) but hilarious writing made up for it, this story wasn’t what I was expecting, and it did in fact turn into a thrilling brawl. If you’re going to be picking up Task Force Z #1, then this story is a must read! I’m really excited to see how we get from this to the series.

Detective Comics #1042 delivers an explosive challenge for Batman that concludes a story that’s been building all year, and starts down a new path that’s definitely piquing my interest. If you love great writing, great art and great comics, then this issue comes highly recommended.

DC Superheroes Are Coming to Webtoon