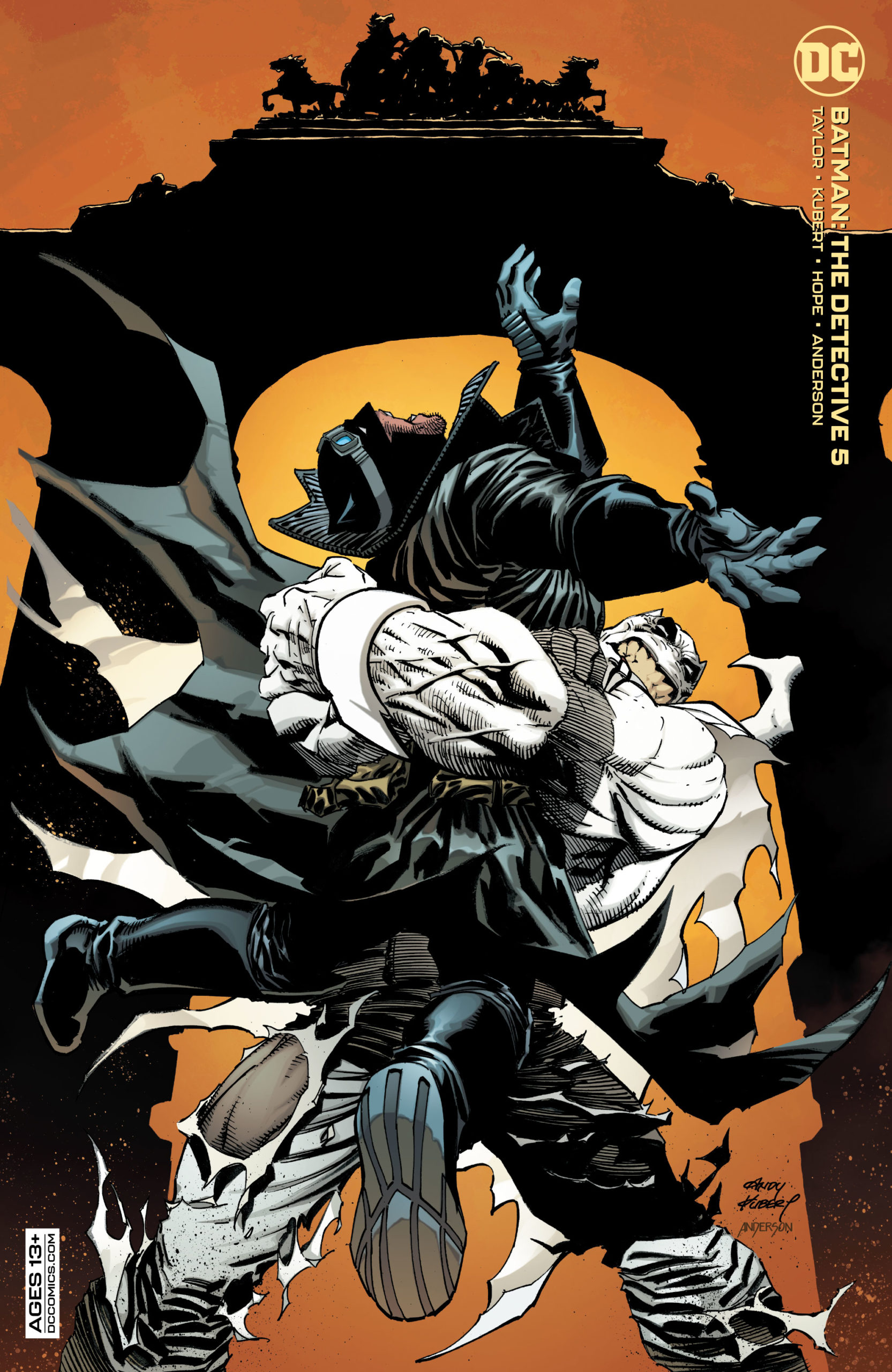 Batman: The Detective #5 is the kind of comic I would’ve loved as a kid, but believe that I only truly deserve as an adult. The beauty part is that this issue, and this entire mini-series, works on both levels perfectly.

The Dark Knight has a new enemy, Equilibrium. This woman, garbed as a Batwoman in white, has created an army of anti-Batmen in an effort to kill every single person that the caped crusader has ever saved, throughout his career. Last month we got closer to discovering who Equilibrium is, and this time we learn why.

This series has everything a Batman fan could want. The hero is dark, grim, smart, and sassy. His sidekick is rowdy, yet reliable, and their enemies are truly formidable. We see Batman the detective (YES!), the fighter, and the protector. Even though this is an older, wearier Dark Knight than we may be used to, he’s no less awesome, or impressive.

Please let me cast my vote for a sequel right now, because I officially love the character of Amina, and really want to see more of the Dark Knight and Squire as a future dynamic duo. Having said that, I’d love to see more of Beryl too.

Andy Kubert, Sandra Hope, Brad Anderson, and Clem Robins never disappoint either. From the awesome Frank Miller-Esque opening page featuring the awesome new Bat-Truck, which is almost a rolling Batcave, complete with a supercomputer, wall of monitors, and many other tools of the crime-fighting trade, right through to the last scene, the art team shows us that this is the future, but one that’s so close that it’s instantly recognizable and terrifyingly realistic.

The action sequences in this issue are simply awesome. Massive splash pages, breaking glass, explosions, gunfire, and a face-off between our hero and his enemies that will leave you begging for more. This is the kind of comic that I get for free to review, but still happily go out and buy. Heck… I’ll even grab the collected edition, too!

Batman: The Detective #5 is an incredibly rewarding read. The pacing for this series has been incredible, as the team has balanced character and action perfectly. Seeing Batman’s past come back to haunt him always makes for great tales, but when mixed with a dark possible future and an outstanding blend of characters, old and new, what we get is a Batman story for the ages.