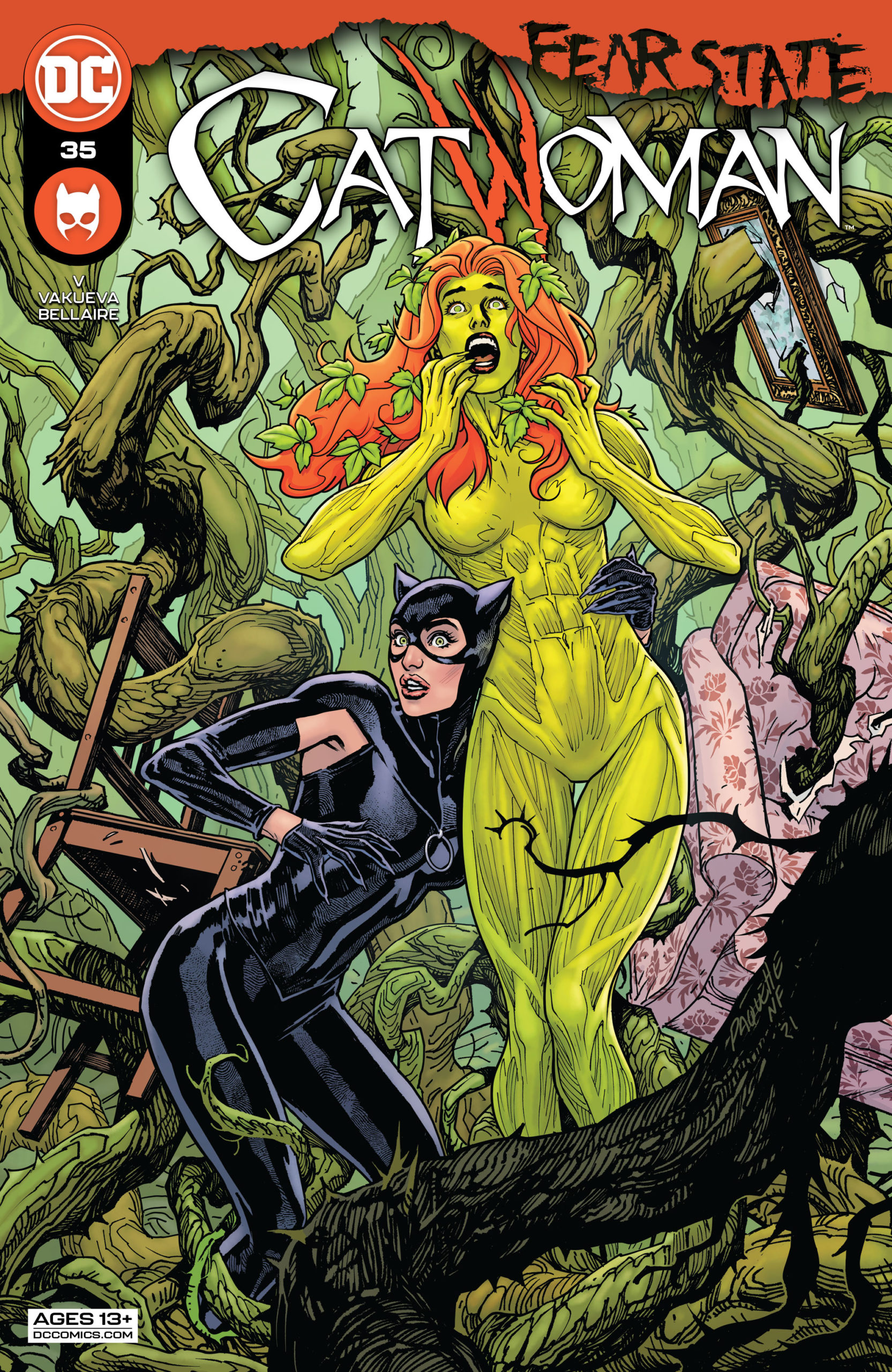 Our titular anti-hero is in a real struggle in Catwoman #35. The repercussions of the losses suffered in the last issue are huge, and our hero’s really feeling the emotional weight of her position as the ‘queen of alley town’.

The loss of a real ally and the sudden rallying of her enemies is a terrifying prospect and one that really brings us to her side now more than ever. All of this makes us wonder which way is up with this title.

I’m aware the creative team has a number of pages to fill in any given issue, but there’s very little excuse for this amount of meandering. We got some real action in the previous chapter, and I was excited to see the clash between Catwoman and Valley, but this installment feels like it’s taken a narrative step backward. Where’s the continuation of the struggle? Instead, we get Catwoman literally licking her wounds, while other forces of tension begin to bubble up, instead of her actually getting on with it.

What this issue lacks in punch though, it makes up for in stunning visuals. The harsh reds that permeate through the color choices make things feel bleak and bloody. The rushing whites of Catwoman’s unlikely allies feel like rushing wind, while color-coding some of the new villainous elements was a strong style choice by the wonderful Jordie Bellaire.

Catwoman #35 feels like the crossbow string being pulled back before many arrows fly at our hero, though I personally think that the building of tension is largely unnecessary at this point. Blood’s been drawn from the heroes’ side, so we should see Catwoman going to war, not checking in on the whereabouts of another character who’s only been seen once before. That said, the stunning visuals and the hope of a wider mystery still pull me back in.