The Undead, Ghosts, Ghouls, and Vampires… DC Comics has seen them all. This coming Halloween a couple of these classic horror genres will collide with the DC Universe proper, in two great new series: Task Force Z, and DC Vs. Vampires!

This October, the DC Universe gets a whole lot scarier with Task Force Z and DC Vs. Vampires! Writer Matthew Rosenberg (The Joker Presents: A Puzzlebox; 4 Kids Walk Into A Bank) is dragging some of Gotham City’s most dangerous villains back from the dead to earn a second chance at life in Task Force Z.

However, the undead aren’t just contained to Gotham City; in DC Vs. Vampires, Rosenberg has teamed up with writer James Tynion IV (The Nice House on the Lake; Something is Killing the Children) for a twelve-issue maxiseries where the Justice League discovers that, while they’ve been monitoring the skies for intergalactic threats, a new enemy has been hiding on earth all along.

On A-Day, hundreds of Gotham City’s most dangerous and deranged criminals were left dead after an attack on Arkham Asylum and now, they’re getting a second chance at life. A mysterious benefactor is bringing together a new Task Force and has recruited the only person who could lead them, someone who knows what it’s like to come back from a brutal death: Red Hood. Now Jason Todd has to unravel the mystery surrounding this team of the recently deceased while leading a line-up of some of Gotham City’s worst criminals who’ve ever lived: Bane. Man-Bat. The Arkham Knight. Sundowner. Mr. Bloom. 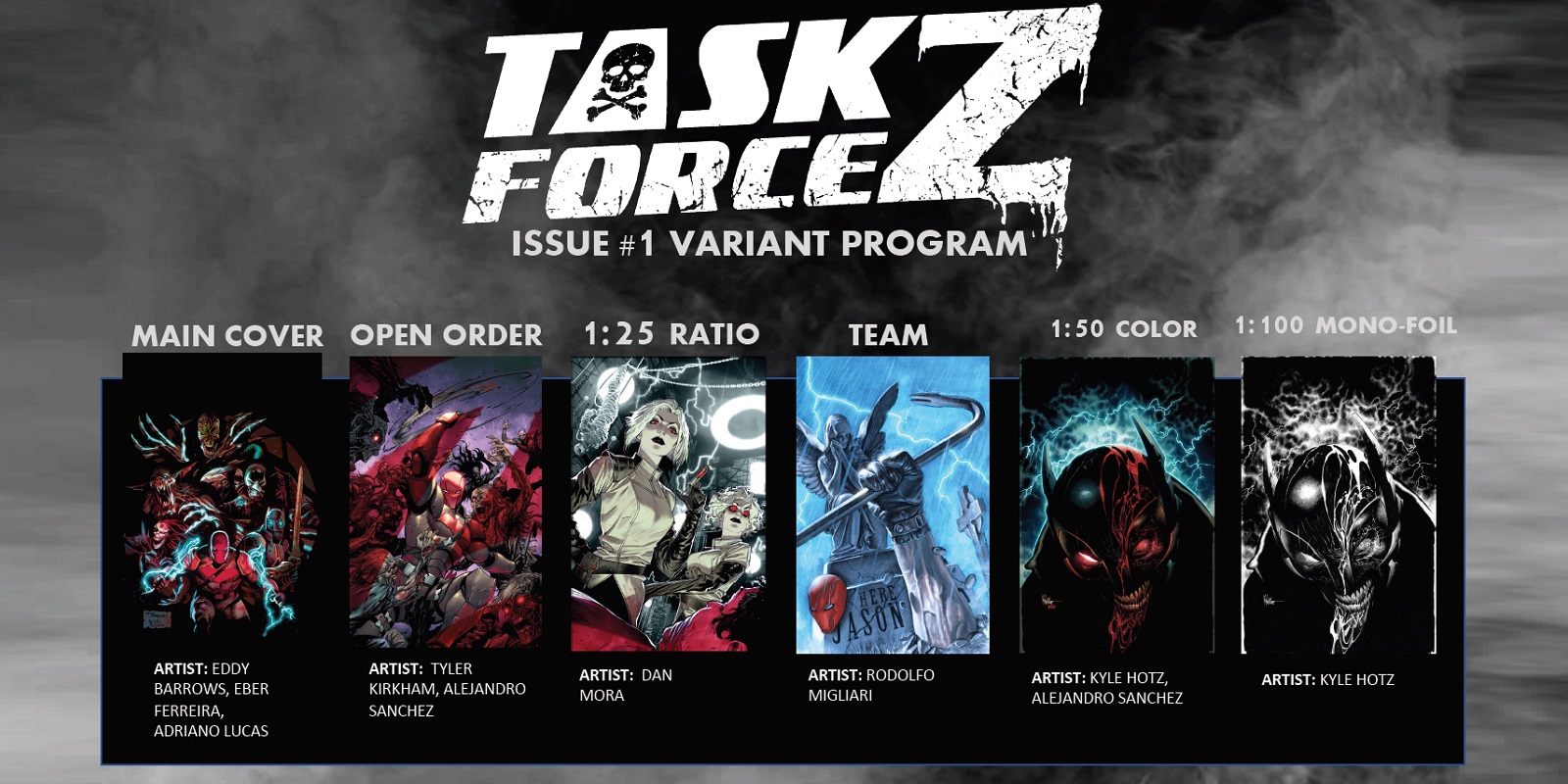 Task Force Z #1 features artwork by Eddy Barrows and inks by Eber Ferreira and will be on sale in comic book stores on Oct. 26, 2021.

In the tradition of DCeased comes a new, terrifying story from the minds of James Tynion IV, Matthew Rosenberg, and Otto Schmidt (Future State: Catwoman) DC Vs. Vampires is a special, standalone twelve-issue maxiseries that will pit the Justice League against a secret army of vampires, leaving our heroes unsure of who they can trust.

Will you be picking up these two creepy comics? They sound like they’ll be a scream!