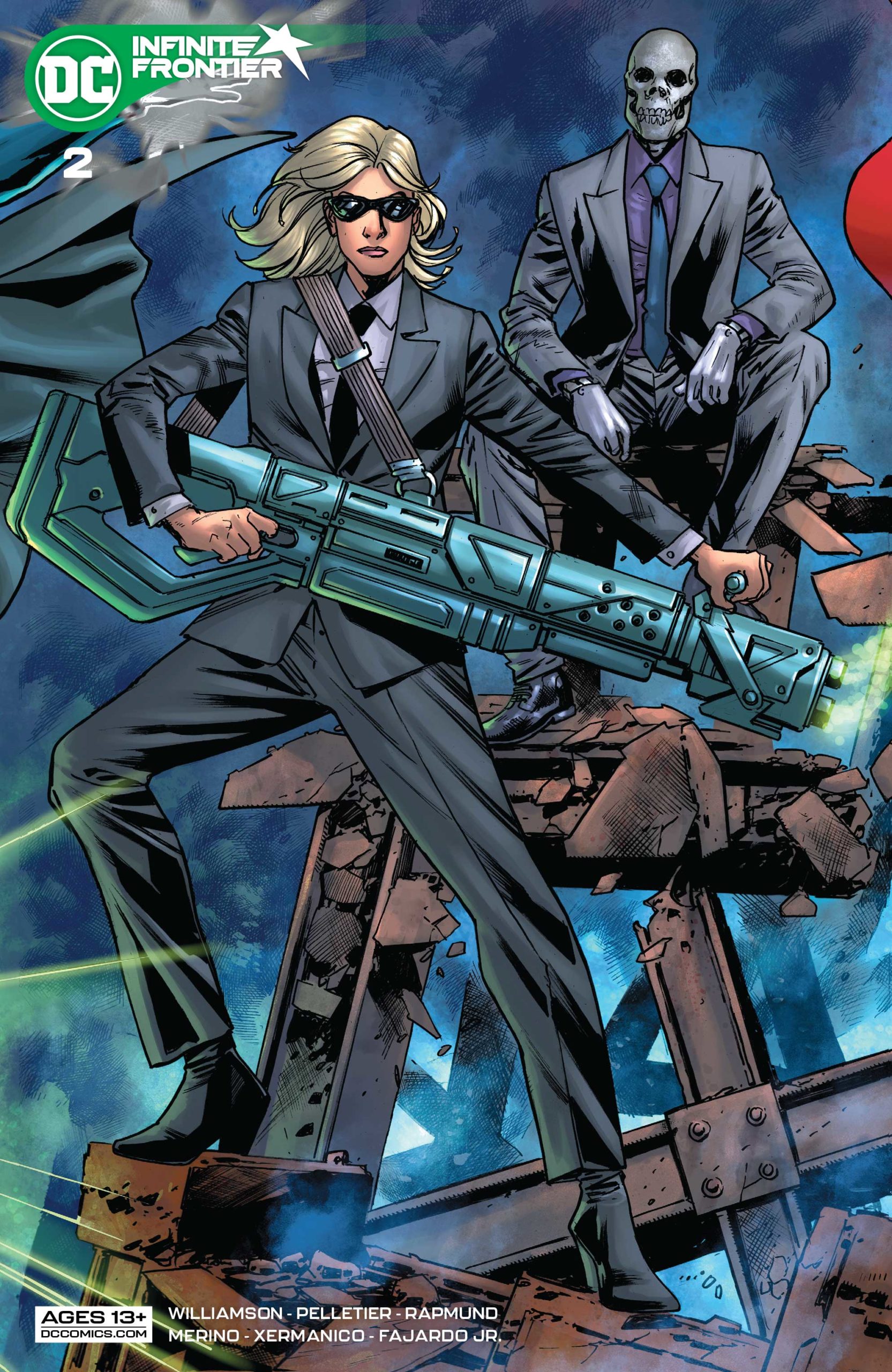 The plot thickens in this week’s Infinite Frontier #2, as each of our heroes grapples with a new and highly unusual normal.

After last month’s explosive issue, Alan Scott and Obsidion find themselves wading through the rubble of the former JSA headquarters in search of Jade. However, things become tense when Mr. Terrific and Vandal Savage arrive on the scene.

Joshua Williamson cranks up the conflict in this issue, as the story clarifies the series’ purpose. While each of these plot threads is still fairly independent, Williamson has begun to weave a connective line between the narratives. As things start to coalesce, the underpinning conflicts also begin to intensify.

Both the Chase and Harper storylines have been cranked up to a solid ten on the intensity scale. In many ways, this issue feels like the proverbial snowball that starts rolling down the hill. While this started small and slow, eventually the momentum of the ball rolling transforms it into a giant snow bolder of death and destruction. So yeah – this issue adds to the momentum of Williamson’s snow bolder of a story.

Xermanico has Friends Join the Team

When I first opened this issue, I checked the credits and was disappointed. I thought that Xermanico had been taken off the title, which seemed like a strange move considering his skill set and history with Williamson. As I began reading, however, something seemed strange, as the artwork felt very Xermanico indeed. I went back and checked the credits; Xermanico was listed further down the list of creators, and I hadn’t bothered reading that far. 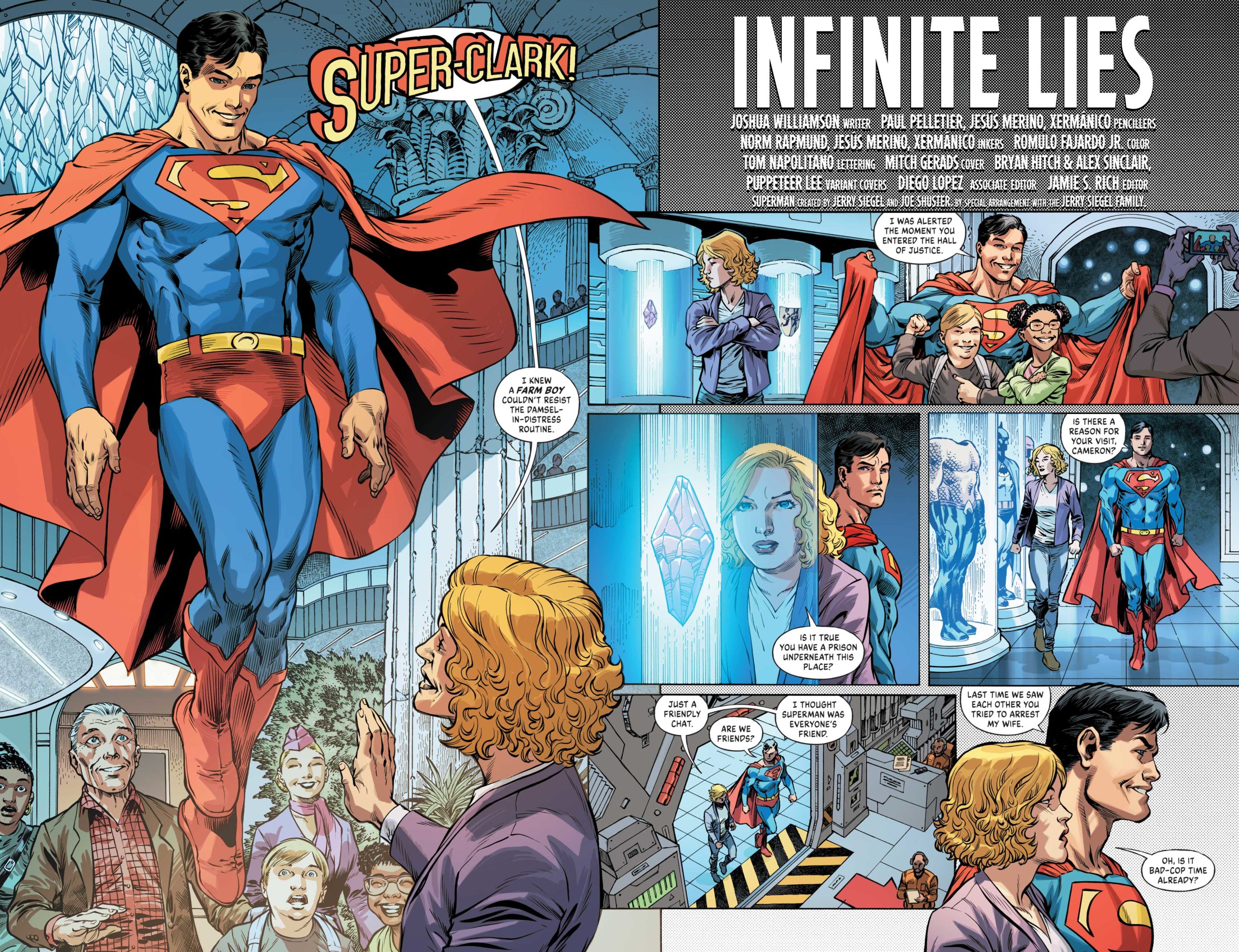 I mention this just to point out that despite adding Paul Pelletier and Jesus Merino to the penciling credits, this issue feels very similar to the previous Xermanico-only issue. This team did a great job maintaining the aesthetic continuity that Xermanico established in Infinite Frontier #1.

Infinite Frontier #2 gets many things right. Williamson’s story doesn’t dawdle, as each of his plotlines develops nicely, and Xermanico and the team continue to deliver beautiful, innovative artwork. Sadly, as I mentioned in my review from last month’s issue, I feel like I’ve read this story before. It seems like DC’s setting up another Crisis-like event for 2022, and frankly, it feels too soon. I know it’s been seven months, but it feels like DC wrapped up Death Metal just yesterday. Whatever DC and Williamson are planning, I just hope that the next big blockbuster event will shed some of the Crisis baggage and do something different, but I’m not getting that vibe from Infinite Frontier.