Batman: The Long Halloween, Part 1 screenwriter Tim Sheridan has spoken about the challenges of adapting a long-form story line into a concise movie.

When translating a 13-issue comic series into two 75 minute films, a lot needed to be condensed or cut out. Furthermore, the filmmakers would need to update the 25-year old source material to be relevant for modern audiences. The writer has gone into depth about certain story elements that he updated. For example, he changed the Irish mobsters that Batman hunted in the Thanksgiving chapter to Chinese gangsters.

There were two reasons why the Irish mob was changed to be the Chinese Triad. One of the reasons was we were looking for opportunities to have more diversity in our cast so it seemed like a place where we could do that. When you look at the original book, there’s not a lot of instances of diversity like that so we felt like that was a good thing to do.

More importantly, at the time in which the book was written and released, we looked at Irish gangs much differently then… Today, I think the idea of Chinese mobsters is fresh and in our minds now and feels more like a real thing today… The only thing that I regret is that the original guy in the book is Nicky Sullivan and I wanted to make it Nicky Sun and just cut out some of the letters in his name but it didn’t pass legal for some reason so you meet him as Nicky Chen. 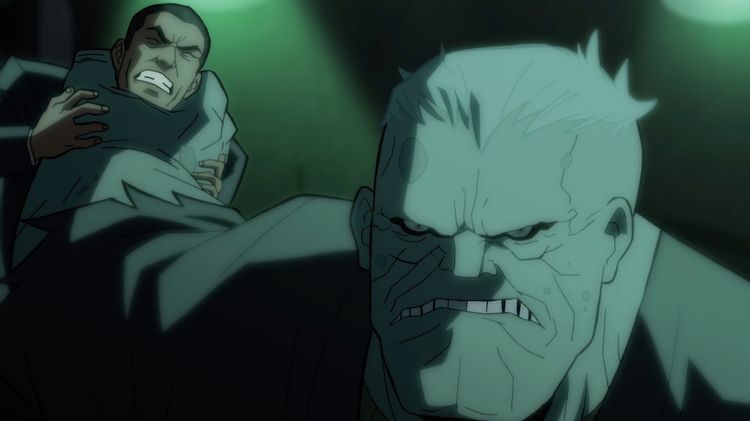 I wanted to make sure that we were making the women in the story as well-rounded and full as characters as the men in the story. I believe this is a story about Gotham City and what it does to families who serve Gotham City. Just as much as the men, the women are a huge part of that story. 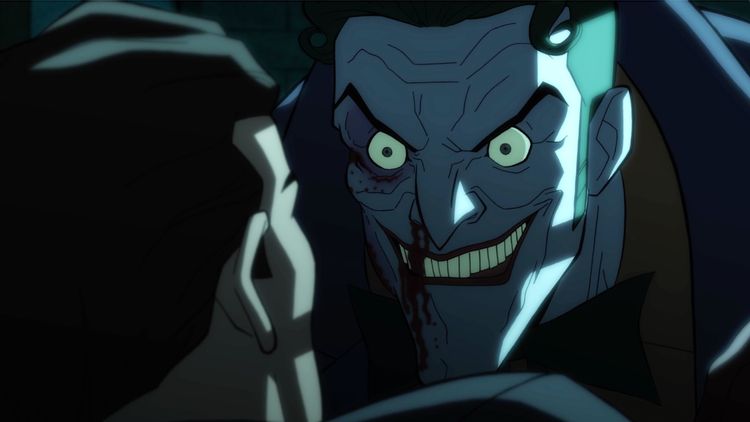 Differences Between Comic and Film Mediums

Tim Sheridan also discussed how they had to either minimize or remove certain elements to make the film clearer. For example, the noir-inspired omniscient Batman narration is present everywhere in the comics, but in the movie, the constant narration can come across as overbearing and cheesy.

One of the things I was sad about is I went in early on and thought that if this is detective noir, people will accept and expect omniscient narration from Batman. I sat down and tried to make it work but it’s a thing that doesn’t really work in animation for a lot of technical reasons. One of the big changes we had to make is that a lot of things we learn in the book from the omniscient narration we had to do in dialogue or visually in the story.

That was a key point in the adaptation and how we adapt all these movies, comic books often rely on the omniscient narrator but animation is so tricky in that it can seem like fun parody. The Long Halloween is a weighty story about big, adult themes and it was important to maintain and unfortunately we couldn’t get the narration to work. 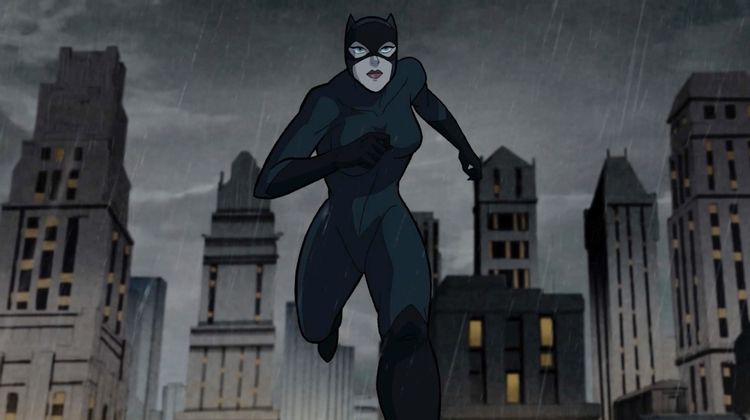 Furthermore, certain scenes are excised or condensed for the flow of the movie narrative.

When people watch the movie, there’s going to be some that wonder why their favorite part of the story is cut or gets less screen time. Like I said, the book is a work of art so people are going to like different things about it. For us, it was a matter of only having so much time, even telling the story with two movies, especially without the convenience of narration.

We read comic books different than the way we watch movies, when we read comics, we insert panels and pages where there aren’t panels and pages. We can’t really do that with a movie and jump from one thing to the next and feel like we’re having a cinematic experience, it would look like a hodge-podge collage of The Long Halloween.

Some things had to go and, in terms of the opening of the movie, I think the first scene is the most faithful scene to the book and that was really important to me. I wanted everybody to know that we put that much thought and care into it. When we depart from dialogue and situations slightly here and there, I hope people understand that we’re trying to translate something, if not visually then thematically. I think it’s important that we did that first scene the way that we did. There’s no wedding but all the important beats from that moment in the book are all there playing out in that first scene: The relationship between Bruce Wayne, Falcone and Gotham City is all right there on display and I think that’s the heart of what The Long Halloween, Part 1 is.