“The Neighborhood” – Part Five and “March Of The Penguin” 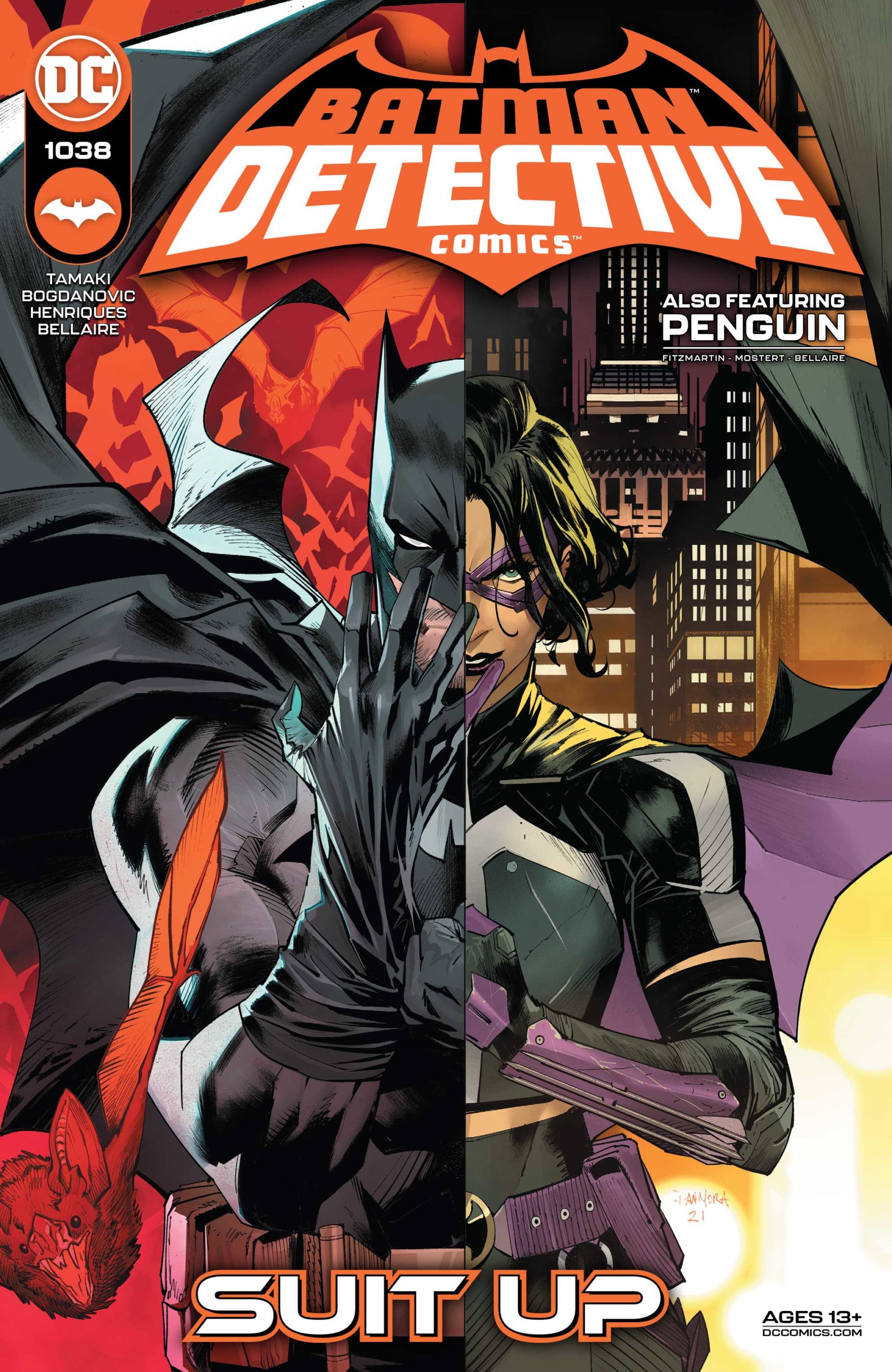 Detective Comics #1038 is an adrenaline fuelled brawl that surprises us with moments of love: be they from psychotic villains, worried team mates or confused women made of clay. This story is really starting to heat up, and the second story in this issue may be the spark that lit the fuse for Gotham to explode!

Because I’m Worth it…

Once again, you’re going to hear me rant about how intrigued I am with Mr Worth. This man just seems to be getting bigger and bigger (literally!) Each issue, I’m wondering whether, if he sticks around for a few years, will he be juggling planets like the Superman of old? This larger than life character is furious. Every. Issue. Unfortunately for our favourite caped crusader, he blames both Bruce Wayne and Batman for his daughter’s death. We were treated to a glimpse of his backstory last time, and now know that he has a tragic past.

This issue throws us in at the deep end with the mammoth Mr Worth beating on Batman. He’s not a meta-human, he’s had no special training, he’s just a huge, angry, moustached man (Dad is that you?). We’re pretty safe in feeling Batman can take him down with a minimum of fuss (see Batman v Superman, The Dark Knight Returns, etc.) but Mariko Tamaki’s amazing action packed story-telling has us doubting that Batman can handle the amount of man-mountain coming at him, all at once. Not to mention the outstanding art from Bogdanovic and Henriques that just oozes rage every time Mr Worth throws a punch.

In amongst the action of this issue, we also see how far Worth’s reach goes into city hall, as well as witnessing Mayor Nakano’s grip on the city quickly slipping. Mr Vile returns too, and this time the slime mouthed menace seems to be more than just tentacles and teeth. We’re seeing the first steps being taken to unite a team of villains known as “The Jury”. The will be wreaking havoc on Gotham in a few issues time. 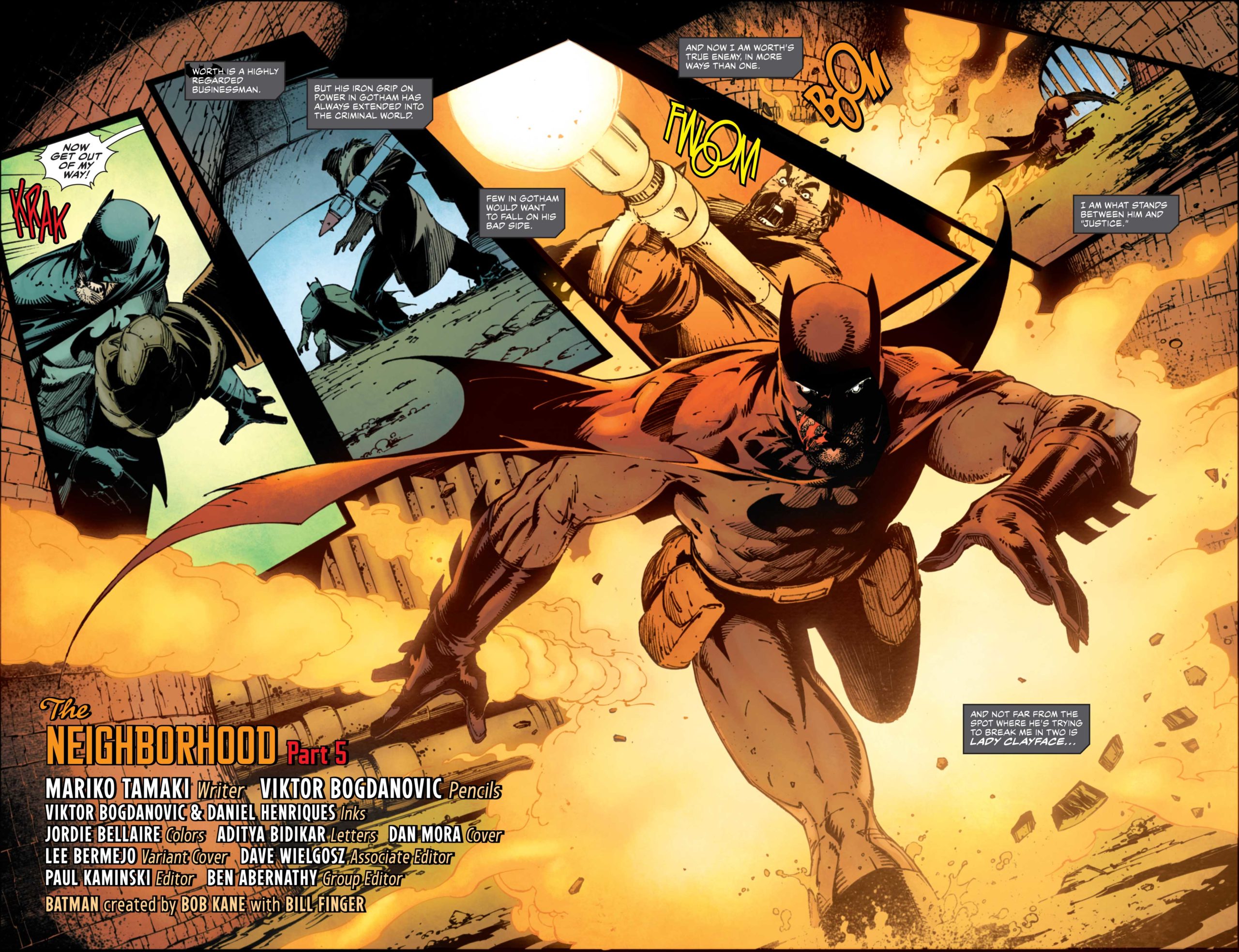 March Of The Penguin

If you’re a villain in Gotham, and Batman has defeated you at every turn; had all the power, but lost it due to some quick thinking and batarangs… can you still be feared? Can you still strike terror in to the hearts of your henchmen, the people of Gotham, the police you’re trying to corrupt?

The Penguin backup story by Meghan Fitzmartin, asks and answers all these questions. We see Penguin made into a bit of a joke, by Batgirls, henchmen, and even a reporter; asking “didn’t he used to be one of Batman’s biggest threats?” This is the type of story that’s been rejuvenating villains for years.

Back in 1939 a crook in an alleyway and fired a gun, Now, in 2021 we have dark versions of heroes, from Dark Multiverses, using Dark Metal to bring about the great darkness. The narrative of this story explains that Penguins, unlike dinosaurs, evolved. It’s this low point for Oswald Cobblepot that may cause him to do something rash, and I for one cannot wait to see where The Penguin ends up.

This issue delivers a great couple of comic book stories for comic book lovers. Both kept up the high standard this book is at.  The art is sublime, the story has you on the edge of your seat, and every time I read it I ask myself, “When is the next issue out!?!”

Oh, you don’t have to be better evolve to understand that Detective Comics #1038 is highly recommended.