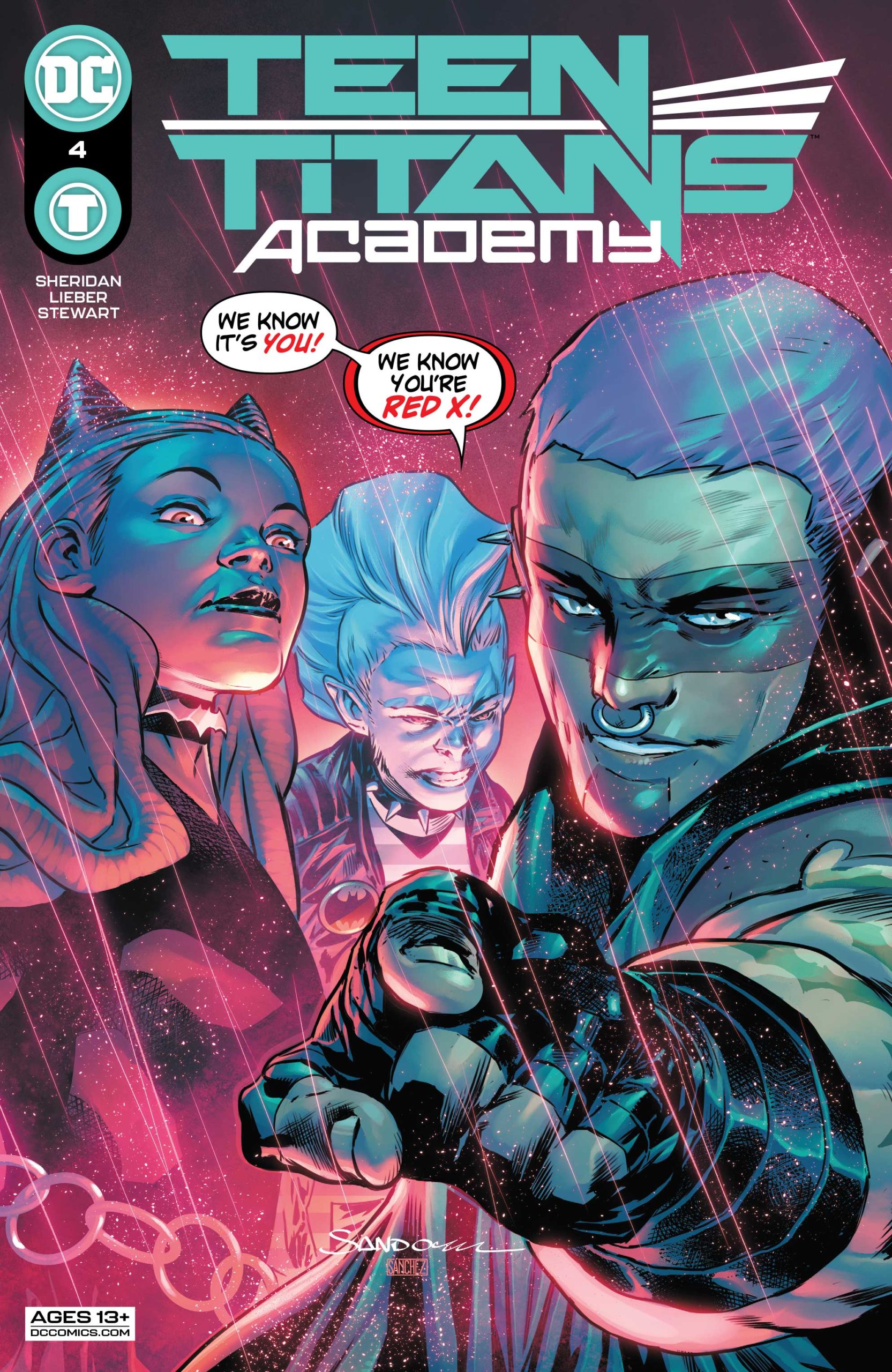 Who is RED X? The students in Teen Titans Academy #4 want to know, and they want to know NOW… so do I! After the infiltration of the school by the Suicide Squad, three unlikely students launch their own investigation into the mysterious figure’s true identity and motivation. What they find is shocking and surprising, if any of it is actually true!

This issue is undoubtedly the best of the series so far, and I would go as far as to say it’s my favourite single issue comic of 2021. Tim Sheridan has brought a fresh and exciting energy to the Teen Titans with his varied tones across each issue. Issue #4 has a much lighter and more humorous feel, creating a hilarious frolic in Titans Tower. Narrated through the eyes of a young Batman enthusiast, Chupacabra has great chemistry with his bat pack, Bat Girl and MegaBat. Their varying versions of previous events make for some very funny moments.

The story in this issue doesn’t give much opportunity for the art to dazzle as it heavily focuses on tight frames and facial close ups. That being said, Steve Lieber does a great job in structuring the story. What the artist does so well is the way he makes two people having a conversation so much more than just head shots. Dave Stewart adds a superb colour scheme to the book, with special mention to the way his bat pack pages are heavily filtered in greys and blacks… Batman himself would be proud.

Artistic MVP in this issue has to be letterer Rob Leigh, though. I loved his use of a text balloon in the style of ripped notepad paper for Chupacabra’s recapping of their investigations so far.

Teen Titans Academy #4 completely blew me away with its structure and humour, as our young Titans try to uncover the identity of Red X. Everything I love about Teen Titans is packed into an issue which is already crammed full of story, chemistry, humour, action, and a whole lot of heart.

As much as I want to know who Red X is, I would read still read endless issues hunting him if they remain at this high a standard. I give a collective 10/10 for the whole creative team behind this issue. If you haven’t read this series yet you should pick up this almost stand-alone issue and see if it works for you.