Batman: The Long Halloween, Part 1 has released two new clips, as well as new images from the upcoming animated feature.

CBR has shared its exclusive look at the first scene in the animated adaptation of The Long Halloween comic. The scene is sets the mood for the entire movie. Bruce Wayne and mob boss Carmine Falcone are in a tense discussion about what they should do with Gotham City. We also get a small, non-talking appearance from Carmine’s son Alberto Falcone. Unfortunately, Alberto does not seem to be wearing his iconic purple glasses. 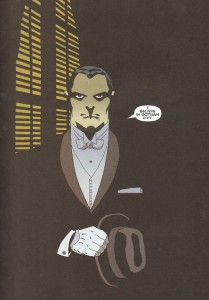 Fans of the original The Long Halloween comic remember a very similar conversation between Wayne and Falcone.  It is not a word-for-word dialogue lift from the comic, but it does serve a similar function as the comic’s opening scene.  It also sets up the comic’s iconic line, “I believe in Gotham City”

That line is a direct homage to The Godfather‘s opening “I believe in America” line. However, the way it was used in the comic allowed it to grow into a thematic anthem for the story. The line has become so influential, it even inspired the similar “I believe in Harvey Dent” line in Christopher Nolan’s The Dark Knight.

Syfy has also released a separate clip from the film, where Batman meets Solomon Grundy. This appears to be a continuation of the car chase clip released last week. Now Batman is pursuing a mob perp in the sewers, where they meet with Solomon Grundy. For fans of the comic, this occurs in the Thanksgiving issue of The Long Halloween.

Finally, check out our gallery of new images from the movie. The images features the Joker, Catwoman, and the after-mentioned Grundy. 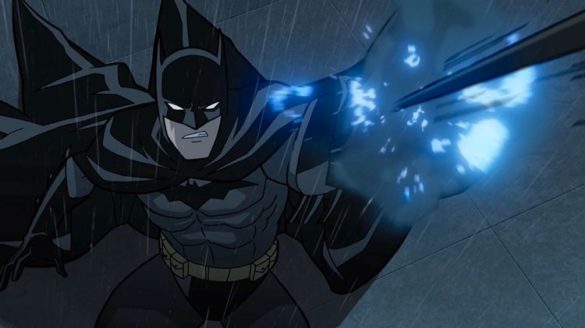 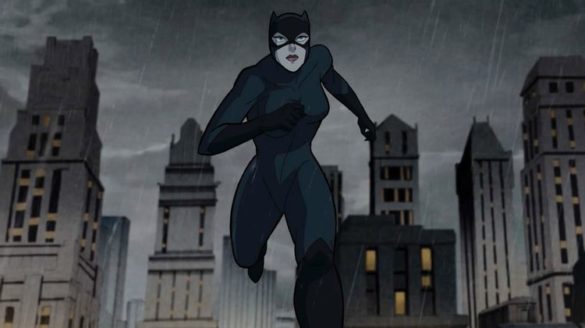 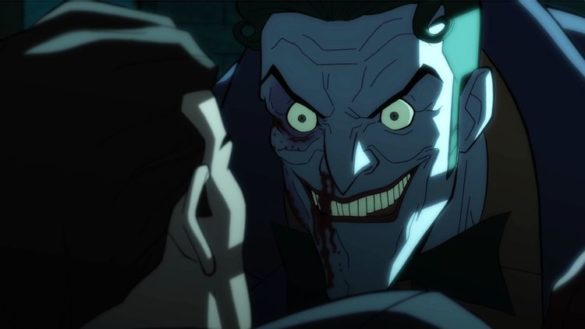 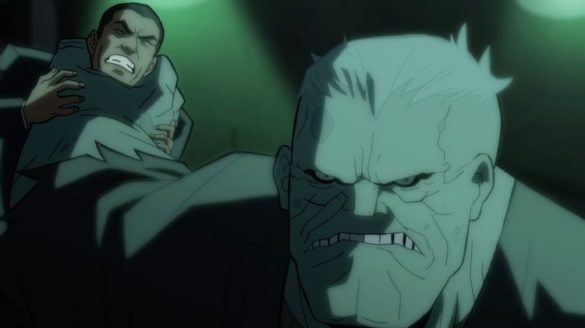 Images and Video Content May Be Subject to Copyright