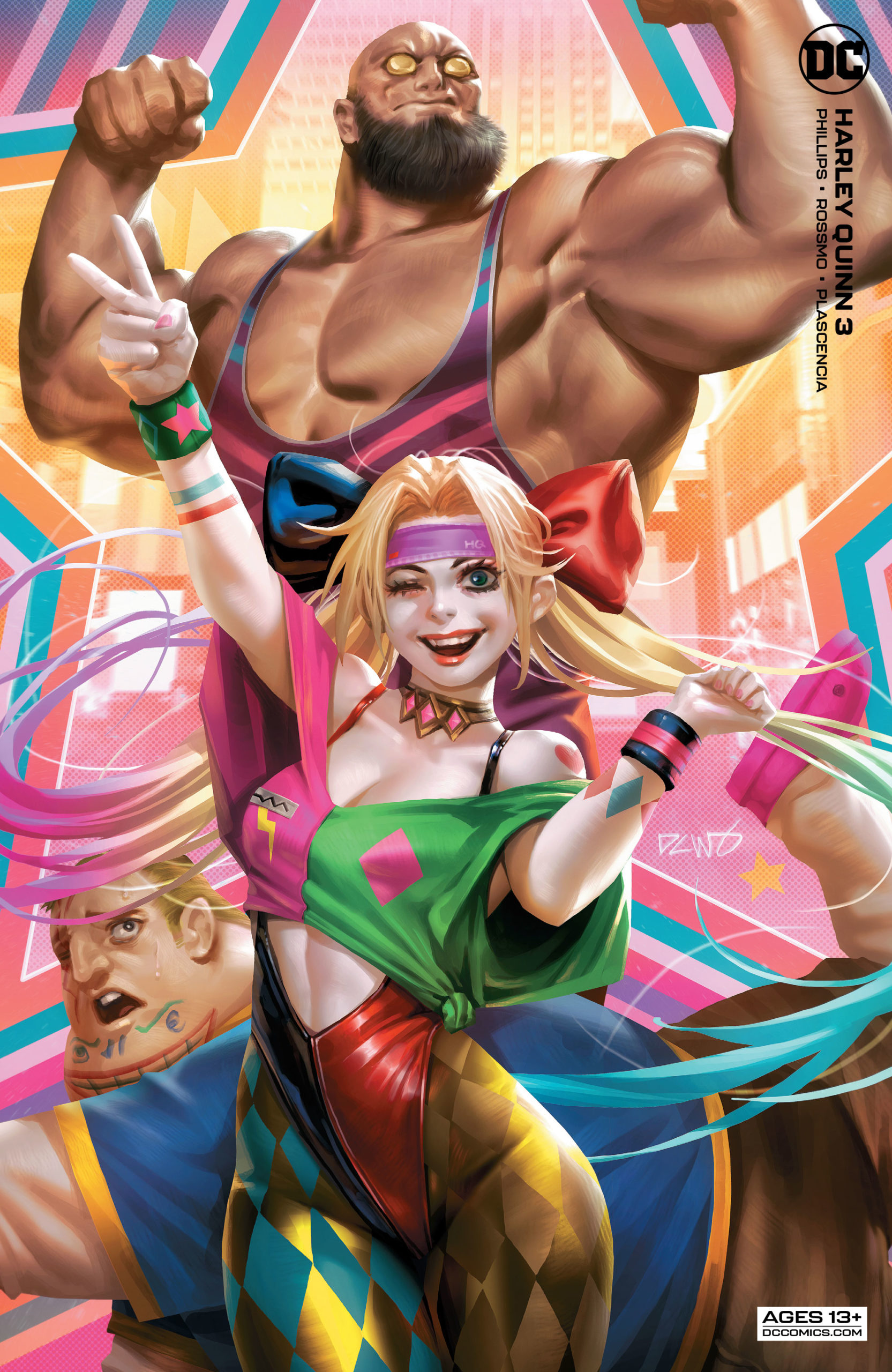 It always seems to be best foot forward for our dear Harley Quinn, as she chooses a whole new path; not just as a good gal, but also as an advocate for the redemption of others like her, who once danced with the devil, in this month’s Harley Quinn #3. While S.A.F.E has its methods, Harley’s determined to help people her way.

These Guys Didn’t Even Have Candy

Hugo Strange and the methods he intends to use for “rehabilitation” are on full display in the opening of the issue, and his medical treatment of the previous pawns of The Joker is both painful and cruel. His eyes, however, are firmly on Harley Quinn, as she’s the ultimate prize, so he sends Lockwood to ensure her capture.

With her Clowns Anonymous group having the inaugural meeting, it isn’t too hard to guess where Harley’s going to be. She believes that giving the former criminals emotional support is one of the first steps towards change for them. Once Lockwood makes his move, however, what we get is a harrowing and hilarious fight to save her new members… and herself!

Not All Smiles Mean Happiness

Stephanie Phillips is creating a world for this version of Harley Quinn that’s a wild ride to jump on. The creative team of Riley Rossmo and Ivan Plascencia help showcase all of the different emotions of the book,  and it’s breathtaking. My favorite moment in Harley Quinn #3 is the wild van chase, as Harley struggles to help her group escape. The running theme in this issue focuses on the many smiles people show the world. Some are genuine and others just a mask.

The two-page spread where Harley’s collecting her thoughts, as they’re visually mirrored with people from her past and present, is stunning. It’s haunting in all the best ways. AndWorld Design’s lettering in this scene creates a haunting effect. If there’s only one thing to take away from this series, it’s the deeply woven layers of passion and care.

The world of Harley Quinn is expanding, and its incorporating new and familiar faces as it grows. I look forward to seeing all of the upcoming twists and turns, and I’ll be watching with glee as Harley makes her journey towards her second chance, doing what she feels is right with humor and flair.