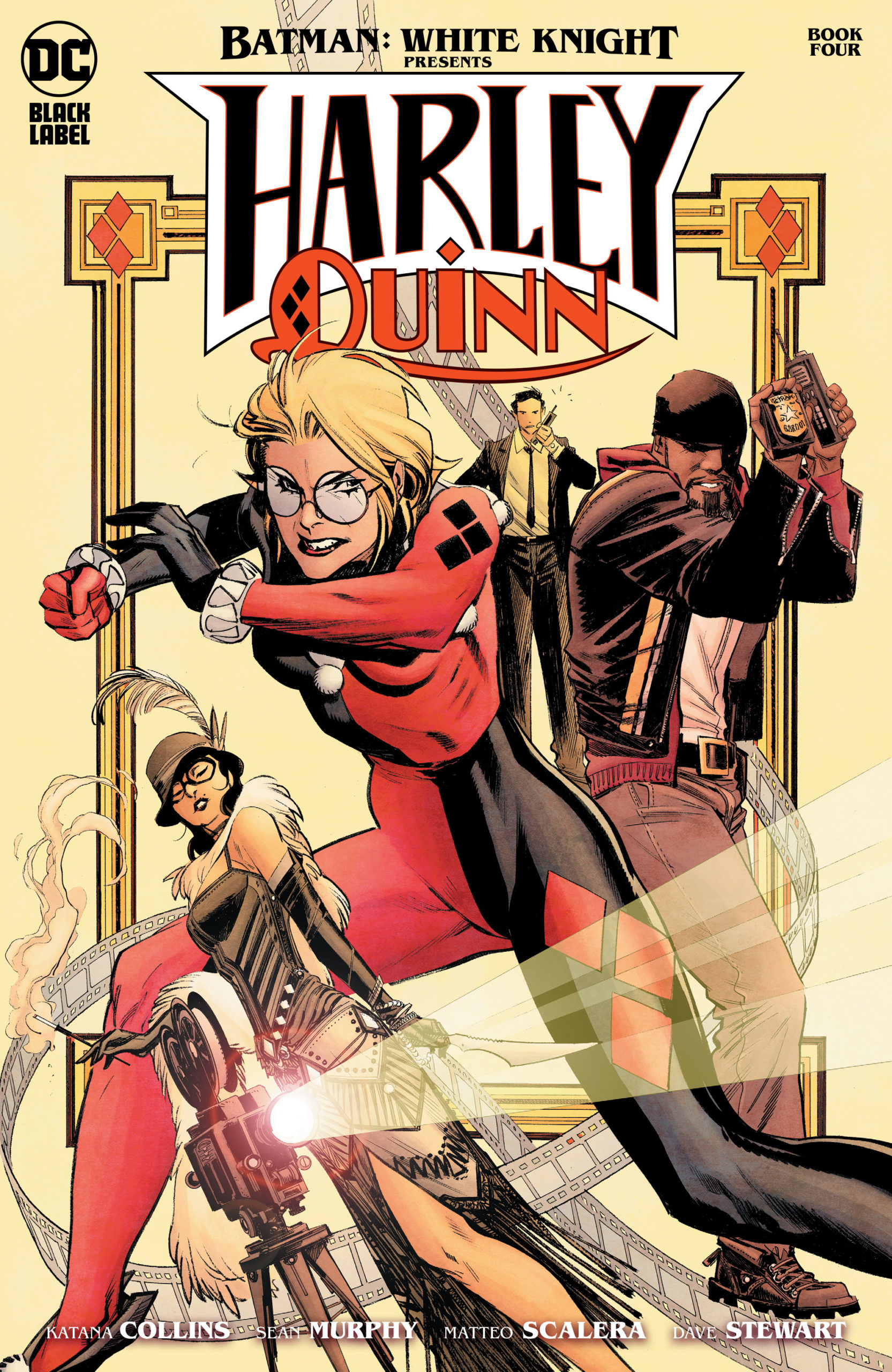 The last issue was an absolute whirlwind. A number of secrets came to light and we learned more about our villains, and also about the screen stars being targeted. Harley also made some new discoveries relating to the man she is partnered with, Hector. This led her to where Batman: White Knight Presents Harley Quinn #4 begins; in jail, talking to Bruce.

Harley has found herself with the one person whose advice she holds above all others, Bruce. After the most recent events, she’s questioning her abilities and herself.

A flashback to the night that Joker had his infamous fall into the acid brings certain truths to life.  Readers learn that Harley’s not the only one questioning things, as we get a shift to the villains themselves. 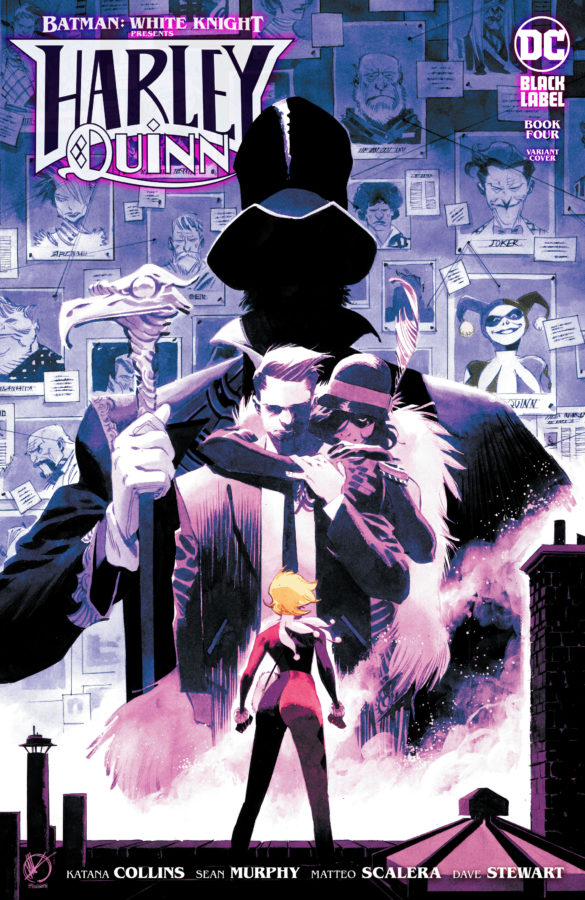 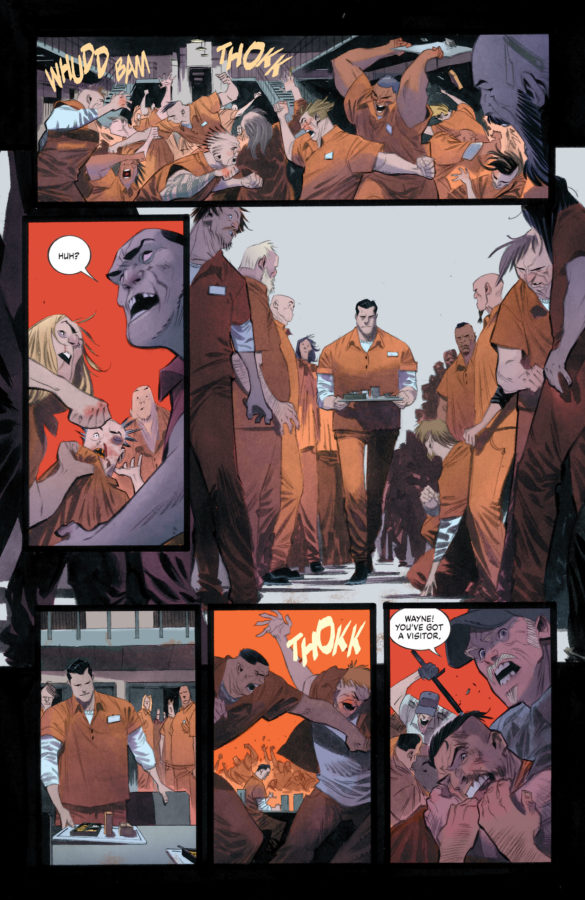 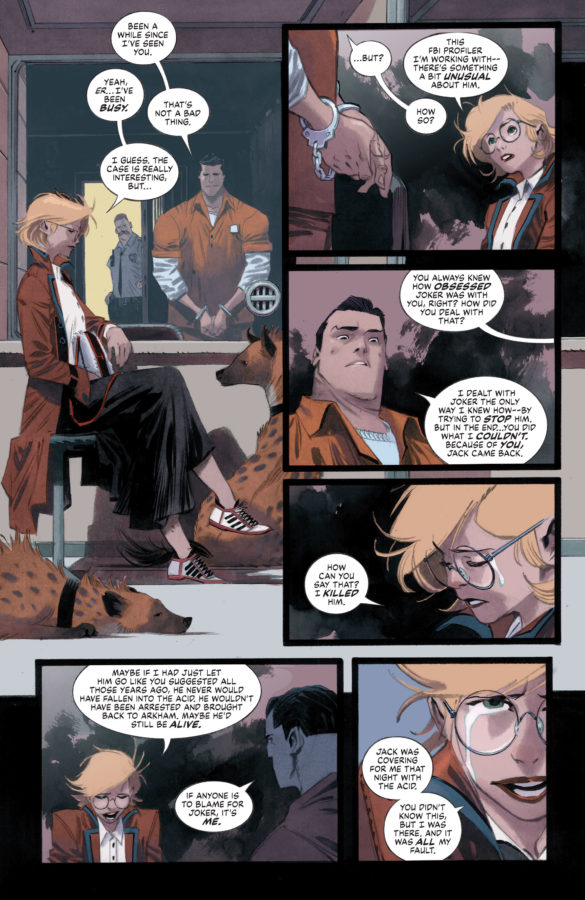 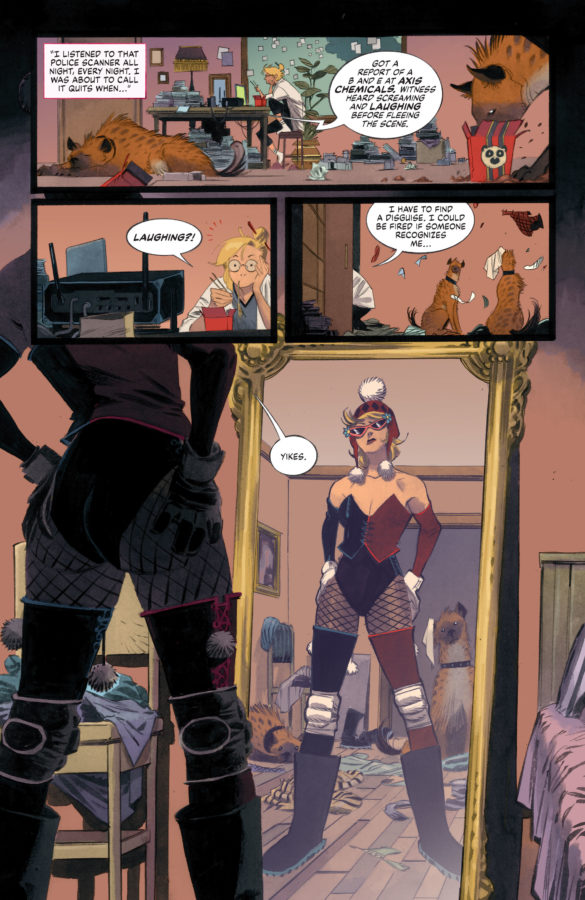 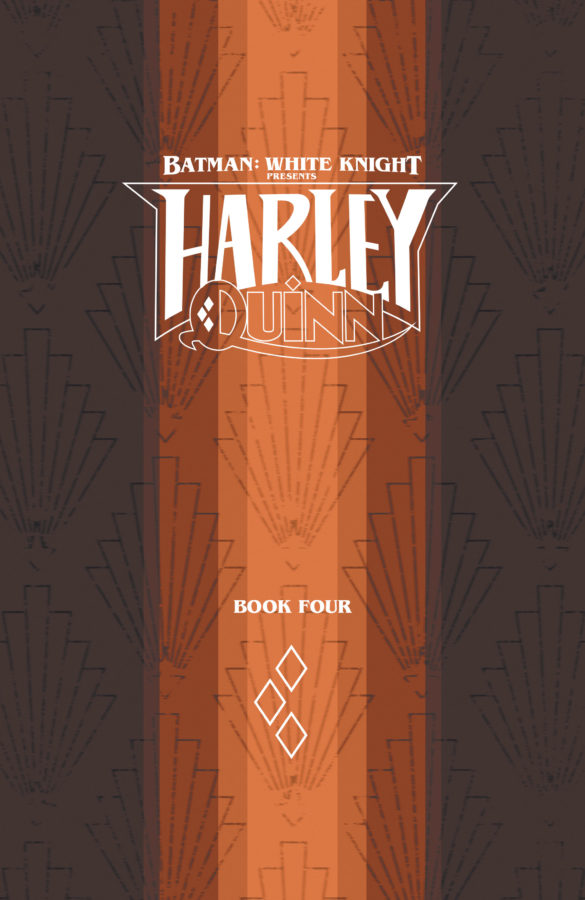 Starlet and the Producer don’t seem to be on the same page, and things are not going swimmingly between the two. Harley may be the one to save Gotham, but what happens when the spotlight stops on her?

If You Want Him, Come And Claim Him

There are so many delicious moments in this issue. Harley and Bruce’s talk is one of my favorite moments, as their relationship has deepened, and the moments are tender. There’s the scene where Harley asks Bud and Lou for their advice on her disguise, which is hilarious. Each part of this book just winds up to the next, and there’s no jarring, it’s all fluid. The artwork’s gorgeous and eye catching, and the writing’s superb.

There isn’t much I can say about this series that I haven’t already. Batman: White Knight Presents Harley Quinn #4 continues giving us the greatness that we expect from a comic series, and it’s without question my favorite book currently on the market. I look forward to reading it and I miss it as soon as I finish the issue. As a comic reader that’s all I can ask for; for a series to haunt me.