US senator and Batman fanatic Patrick Leahy is third in line to be the president of the United States, and he’s a huge Bat-Fan.

Leahy is a Democratic senator of Vermont. Due to recent American elections, both the White House and Congress had some personnel shakeups. This resulted in Leahy being the President pro tempore of the Senate. This means if president Joe Biden and vice president Kamala Harris are unable to serve their roles, Leahy is next in line to become the acting president.

More importantly, Leahy is a huge Batman fan, who boasts appearances in five Batman films. That’s more than Michael Keaton, Christian Bale, and Ben Affleck. His voice was even in an episode of Batman: The Animated Series!

The Senator has a healthy collection of cameos in different Batman movies. He was in Batman Forever. Batman and Robin featured Leahy and his son Mark in the Poison Ivy party scene. In The Dark Knight movies, he played a Wayne Enterprises board member.

Most notably, Leahy’s character stood up to Heath Ledger’s Joker in The Dark Knight. Leahy has repeatedly stated that Ledger is his favorite Joker actor.

He also played Senator Purrington in Batman V Superman: Dawn of Justice.  However, his character was short-lived, as he was blown up along with the rest of the US Senate in a terrorist plot by Lex Luthor. 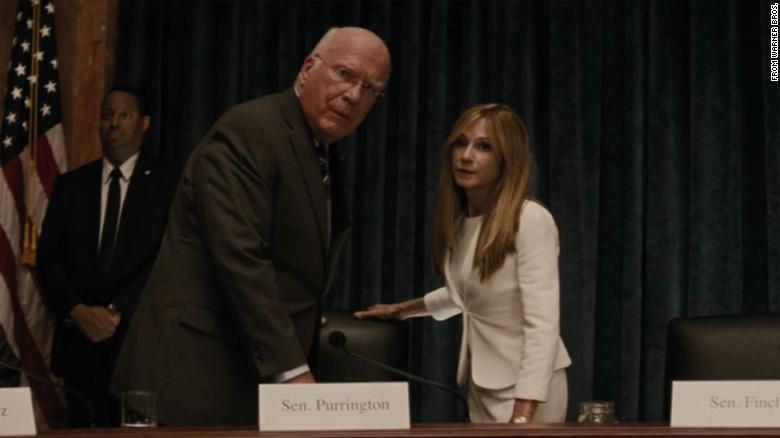 Unfortunately, Senator Leahy confirmed he will not be in playing a role in the upcoming The Batman movie. He cited being “too busy” to even seek out the part.

Among his other Batman accomplishments, Senator Leahy also wrote the introduction to the PSA comic  Batman: Death of Innocents: The Horror of Landmines in 1996. The comic helped the Senate pass a bill banning landmine exports.
Most recently, Senator Leahy wrote the introduction to the Detective Comics: 80 Years of Batman: Deluxe Edition hardcover book.
Images may be subject to copyright

Zack Snyder on Why He Really Left ‘Justice League’