Holy World’s Finest Team, Batman, Peter J. Tomasi and Max Raynor are bringing back the underappreciated dynamic duo of Jon Kent and Damian Wayne in a new mini-series, Challenge Of The Super Sons! This news has brought joy to the Dark Knight News review team!

Do You DOOM SCROLL? So Does DC’s ‘Challenge of the Super Sons’! 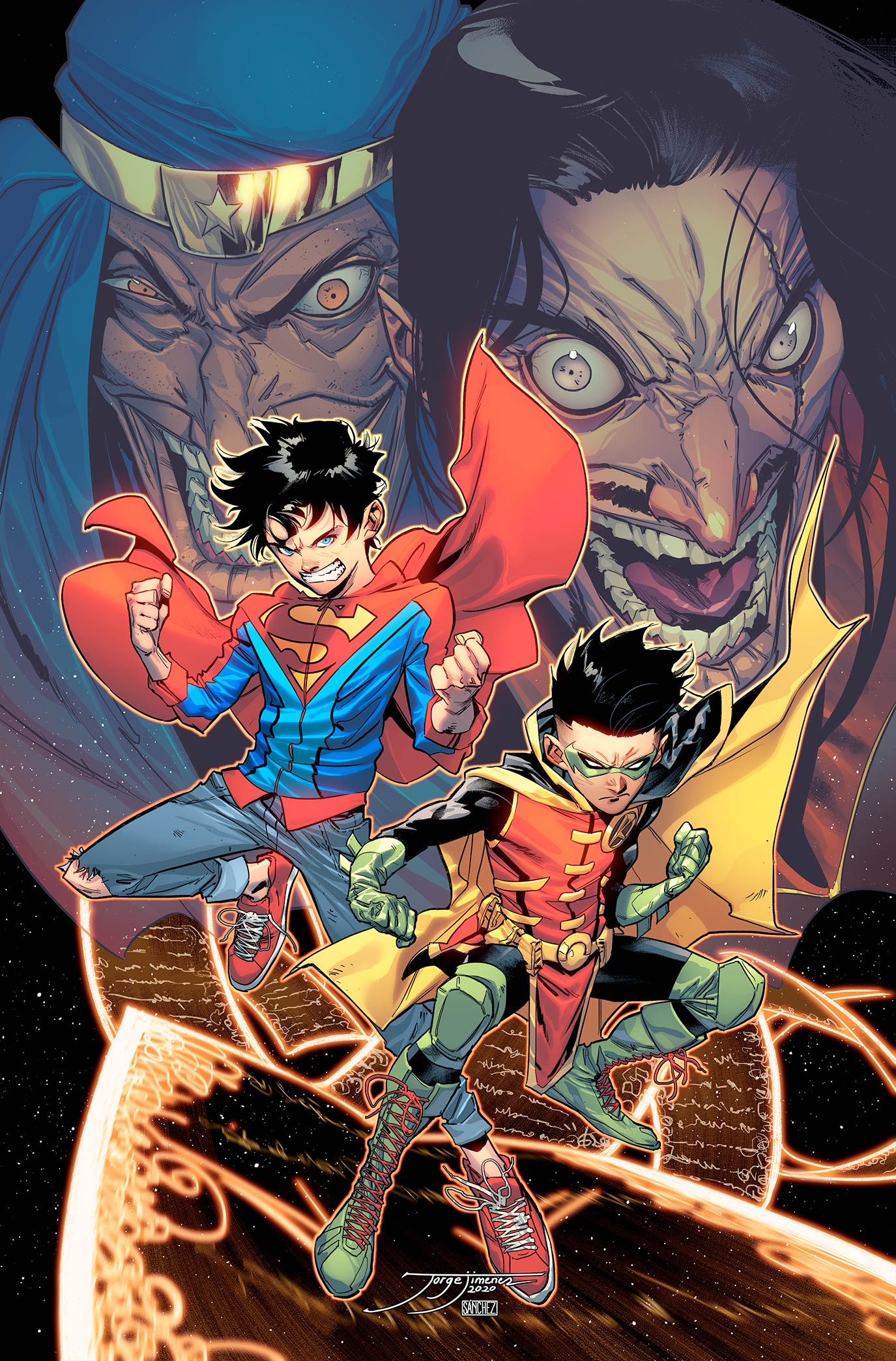 Picking up where Tomasi’s sensational Super Sons and Adventures of the Super Sons left off, Damian and Jon—the assassin-trained son of Batman and the boy-next-door son of Superman – tackle their greatest threat ever: the deadly DOOM SCROLL. Whoever (whomever? We can never tell) has their name inscribed on this ancient and magical parchment will be killed post-haste. Now, the evil powers-that-be have written the names of the Justice League on the deadly doc, and Superboy and Robin are the only ones who can save their dads from certain doom! The catch? No one can know it was the boys that saved them.

“Stories about Jon and Damian at this time in their lives allows me to tap back into those early years of my own life of being a crazy kid, while also allowing me to mine the fertile ground of my own son’s current adventures,” said Tomasi, “which in turn helps keep me tapped into the general zeitgeist of today’s youth and what they’re going through and thinking about. Jon and Damian are so different – the angel and the devil on your shoulder so to speak – with each one having such a distinctive backstory and perspective that the drama between them is organic and damn easy to bring to life on the page. Best of all, it’s a helluva lotta fun!”

Tomasi joins forces in this third Super Sons volume with artist Max Raynor (Batman/Superman), with additional guest spots by Jorge Corona (We Are Robin) and Evan Stanley (Sonic the Hedgehog, Sonic Boom), for another romp through the DC universe alongside everyone’s favorite Super Sons! Cover artwork for the new series is by Jorge Jiménez.

Challenge of the Super Sons debuts digitally on December 14, 2020, with the first of fourteen weekly 99-cent chapters. There will be a season break in the middle of the publishing run. Fans of Super Sons will be excited to learn that a new omnibus, Super Sons Omnibus Expanded Edition, is now available everywhere books are sold. For more information on Challenge of the Super Sons and the World’s Greatest Super Heroes, visit the DC website at www.dccomics.com and follow on social media @DCComicsand @thedcnation.