On the third anniversary of the theatrical release of Justice League, the Snyder Cut trailer is back! After news of HBO Max pulling the trailer for Justice League: The Snyder Cut (which I’ve also seen officially marketed as Zack Snyder’s Justice League) nearly two weeks ago, Snyder and HBO Max surprised us with a new trailer!

The clip may seem familiar, as it’s largely the same as the original that was pulled… but it’s in black and white, which honestly adds to the feeling that I believe the re-cut movie is going for. It also continues to use Hallelujah as Snyder’s music of choice. There are some more looks at Darkseid and Superman, both of whom had radically different roles in the theatrical release. Darkseid was removed entirely in the theatrical version, released three years ago, and Superman’s arc didn’t live up to expectations. As a four-hour mini-series on HBO Max, the Snyder cut has plenty of opportunities to fix all those, and other, past mistakes.

Zack Snyder also had a live watch party and Q&A on Vero for the trailer. He broke down each shot in the trailer over an hour over his live stream; answering fans’ questions from within Vero. He gave some incredible details about Darkseid, Wonder Woman, Aquaman, and nearly everything in the trailer. One of the sweet tidbits Snyder dropped was that his son, Eli, helped Ray Fisher with the football scenes. 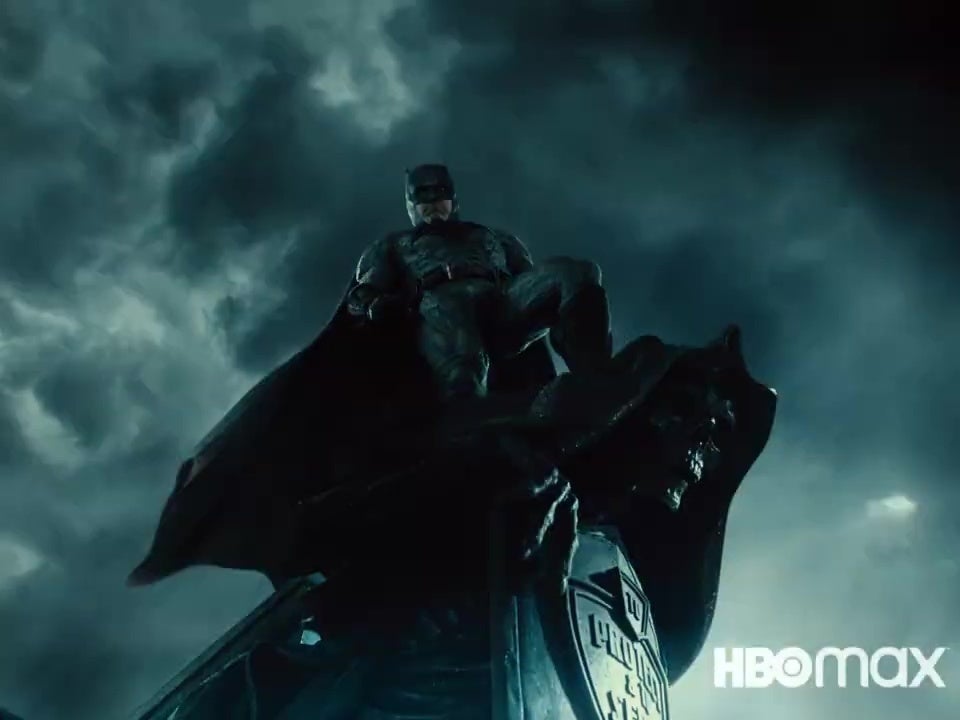 When pressed for his favorite shot, Snyder commented that it was like trying to pick his favorite child. He budged a little and offered up something he was particularly fond of, explaining why it’s one of his favorites:

This shot… I always wanted to do this amazing, classic Batman gargoyle shot, and this is on top of the Gotham City Police Department. Patrick [Tatopoulos, production designer] built me this crazy, scary, skeleton gargoyle with its placard and stuff, and I said “Yeah, that’s perfect.” I think there’s a miniature of this that I have that Patrick built me, it’s a pretty big sculpture of it. It’s pretty amazing. I thought it was a really cool little piece.

One of the most informative things the director mentioned about the Snyder Cut is that his four-hour cut will have about two and a half hours of unseen footage. The footage isn’t “new” per se, as most of it is everything that he shot in 2016, which never made it into the final cut we saw in theaters. Snyder has been shooting new footage, though it will only be about four or five minutes in total. We’ve heard about all the different people that have come back for reshoots, and it makes you wonder how much time is dedicated to them. The biggest that comes to mind is Jared Leto’s Joker, especially if Snyder explores the death of Robin.

In addition to hearing about how much footage is previously unused vs. new, Snyder also revealed that his cut is officially locked! He’s approving visual effects shots and, like all of us, awaiting an official release date on HBO Max in 2021.

What does this new trailer for the Snyder Cut do for you? Are you getting excited for what will surely be a big event for HBO Max, and DC Comics? Let us know below.