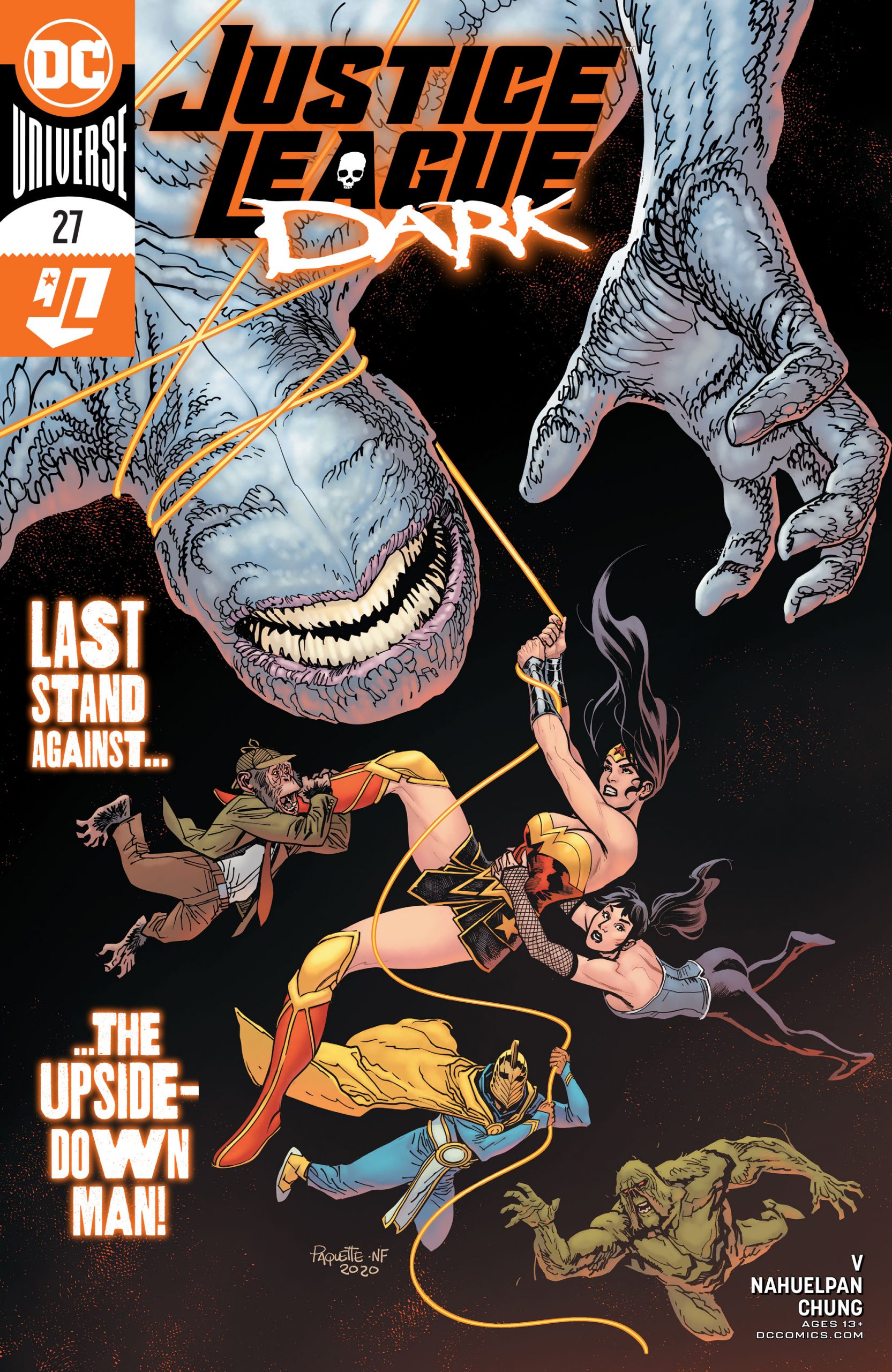 This is it! Justice League Dark #27 finally brings us the first full-on, drag out fight between our heroes, and the dreaded Upside Down Man… and what a fight it is!

This series has been a cerebral one from the start, but this issue proves that it can also deliver action with the best of them. The script is fast paced, every character stays true to themselves, and absolutely shines. Issue #26 revealed that the villain’s numerous physical scars were, in fact, something even more horrific. I’d always wondered how this creature could see with no eyes… how wrong was I? Every scar was, in fact, a closed set of eyelids… so the night does indeed have a thousand eyes! 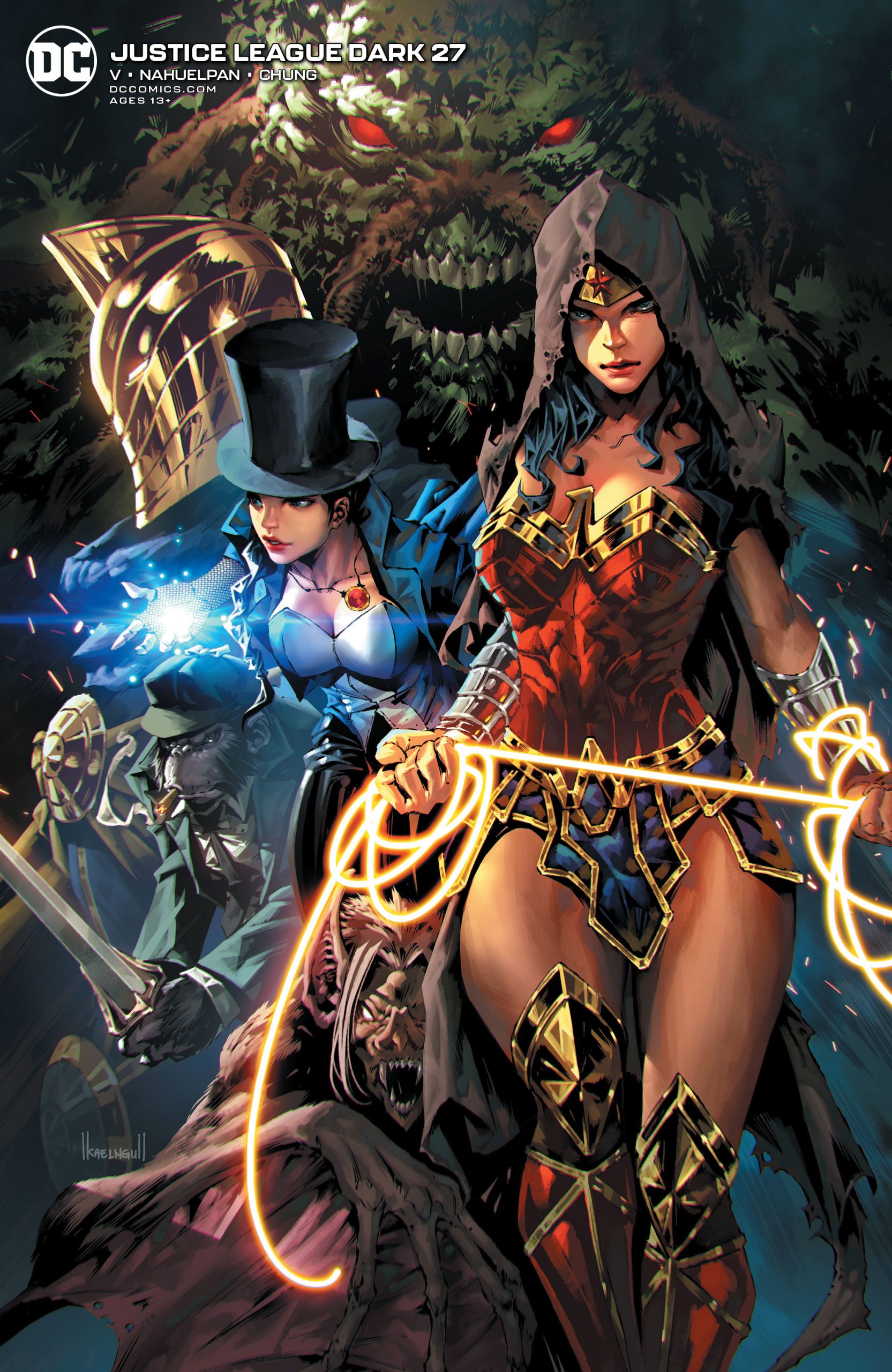 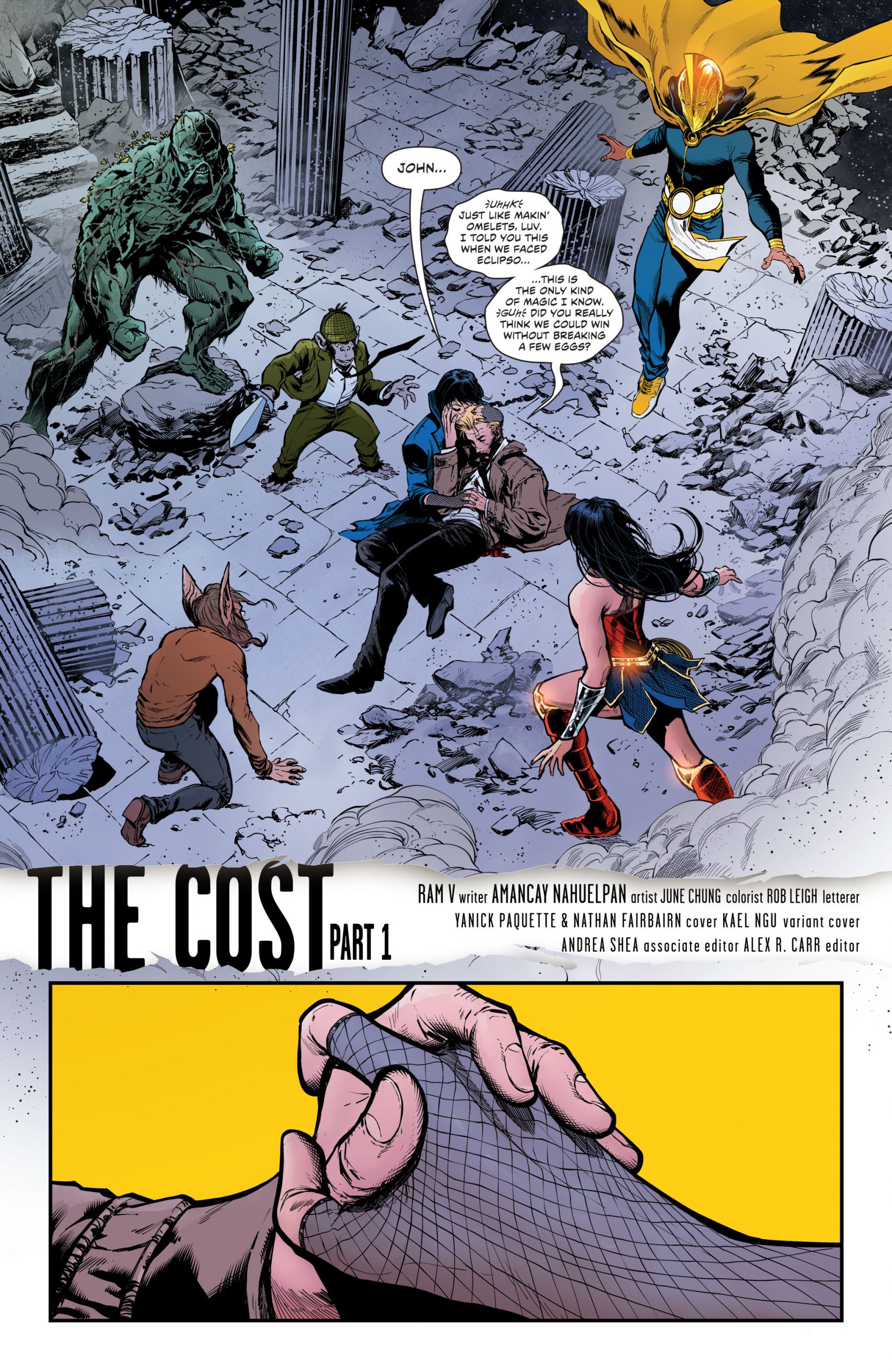 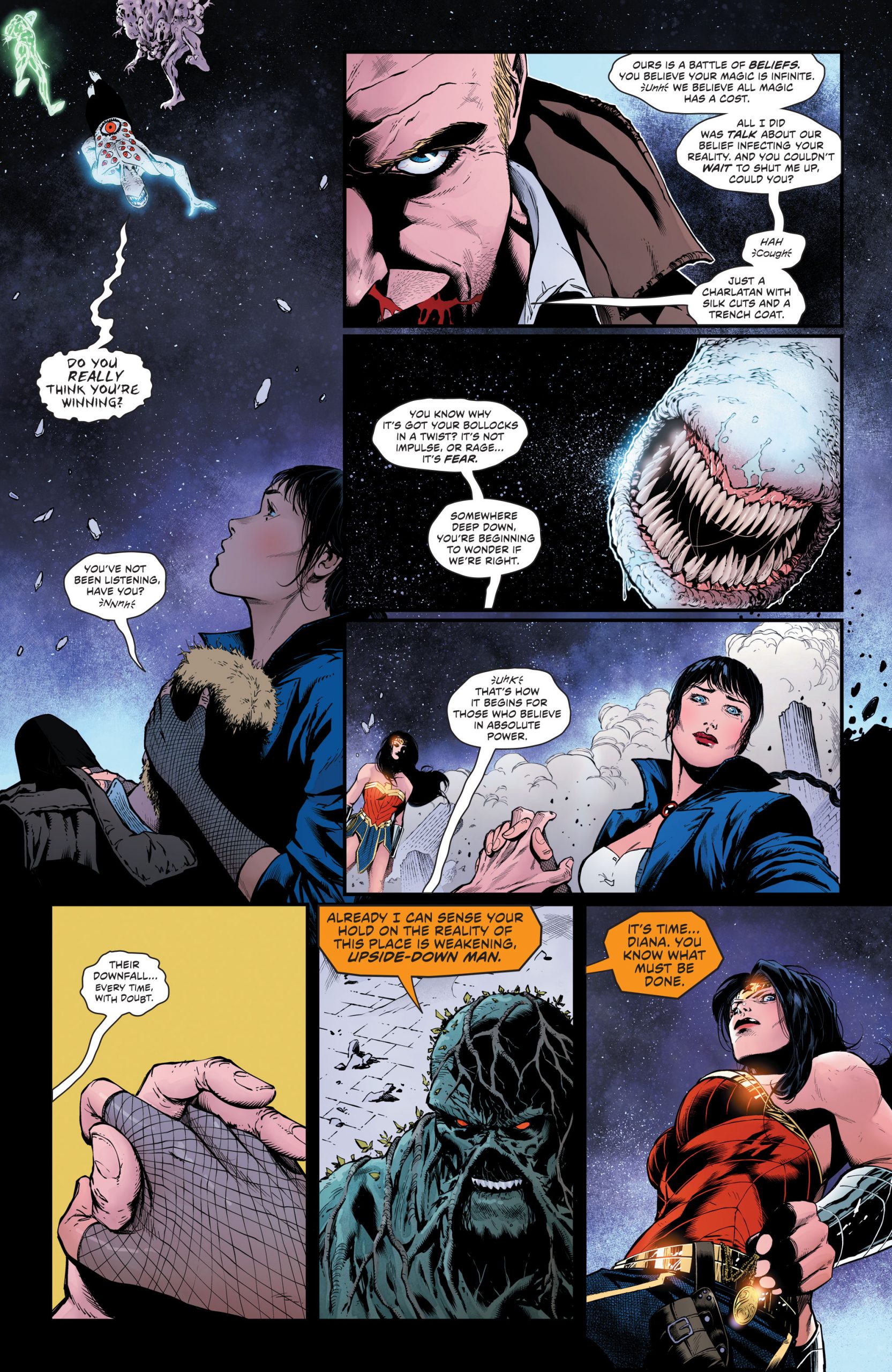 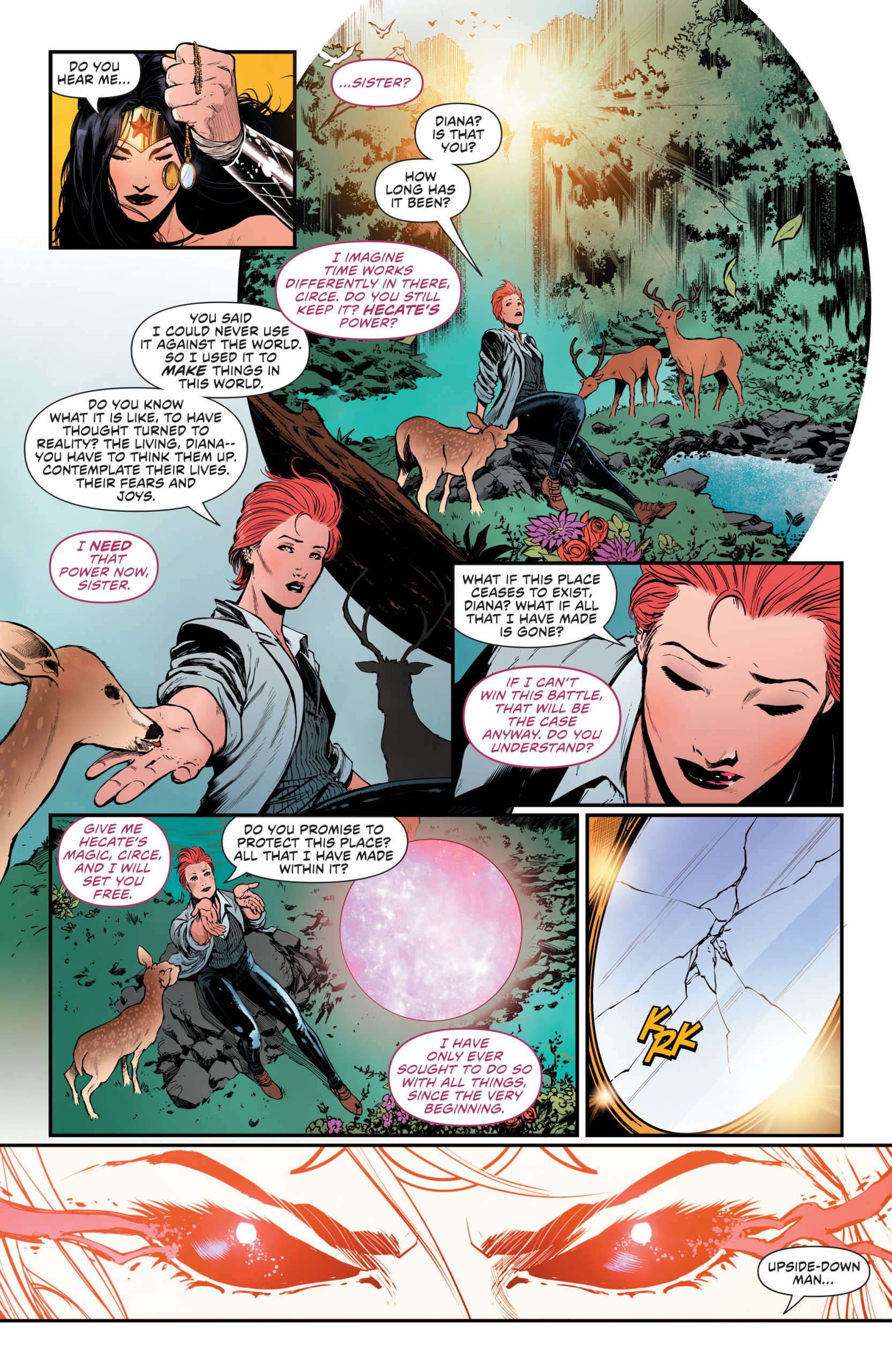 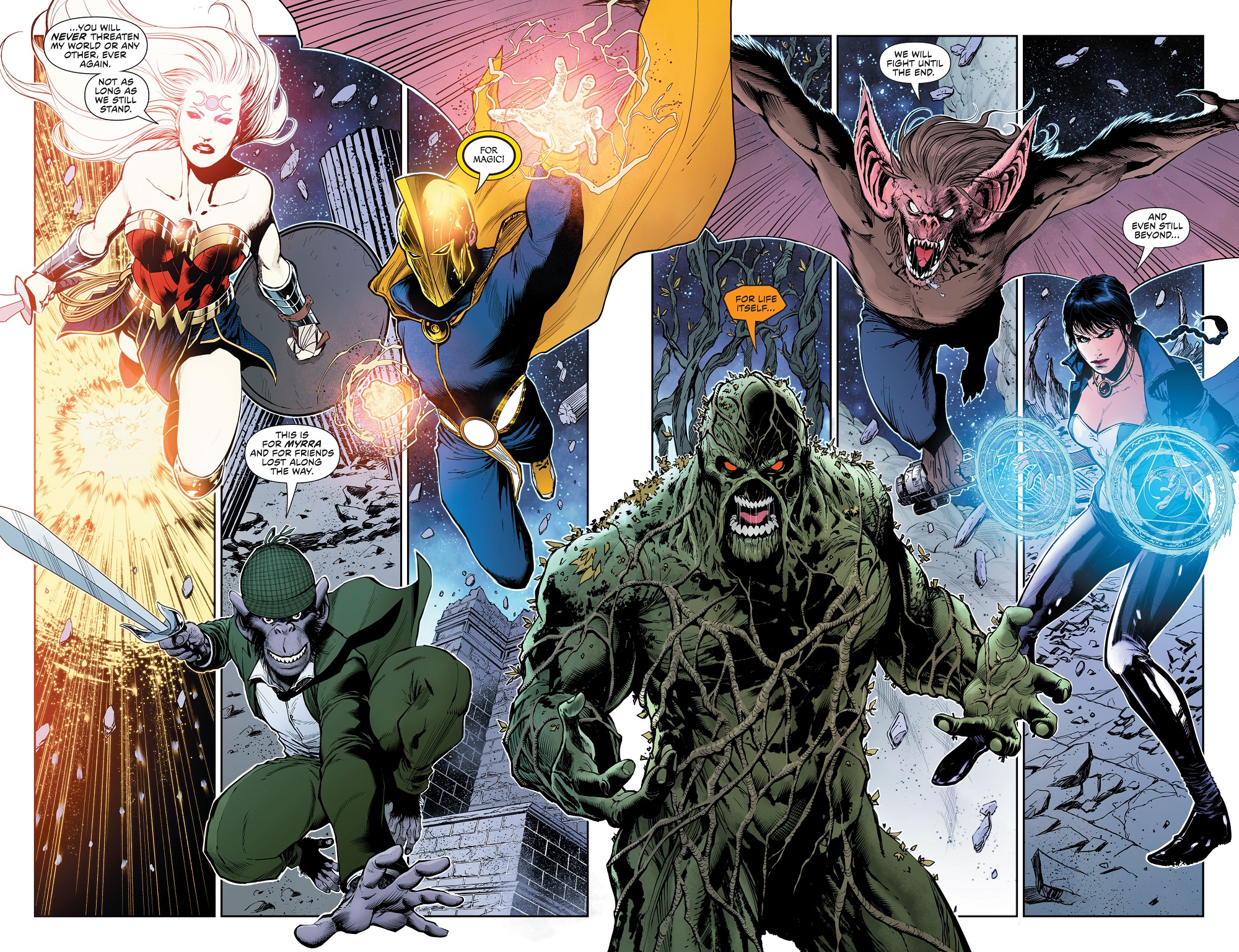 From the very first issue the stellar writers on this series have shown us that, while magic can potentially bestow near limitless power, there’s always a cost. The title of this new arc drags this statement front and center. If you thought that the previous issue’s finale was shocking, the cliffhanger ending for Justice League Dark #27 will leave (not just) you, all tangled up, inside and out.

Amancay Nahuelpan and June Chung continue to deliver horror that should make you want to look away, but that keeps your eyes wide open, and glued to the page. Their versions of Circe, and the Moon Magic Wonder Woman are gorgeous, and a wonderful homage to the brilliant Alvaro Martinez, and Raul Fernandez. We get twenty stunning, shocking, magically energized pages, and they’re lovely.

This is the third review I’ve written this weekend, and the third book that’s been lettered by Rob Leigh. Could somebody please tell this man that I love his work, and that I’m in awe of his prolificity. Why, oh why isn’t he on social media, so that I can thank him myself?!? Ram, Amancay, if you’re reading this please pass on my admiration.

Excellently consistent, and consistently excellent, that’s how I describe this series to anyone who’ll listen. This issue’s yet another keeper, as well as the first step on the final road towards war against the Otherkind, and a magical battle for the ages.