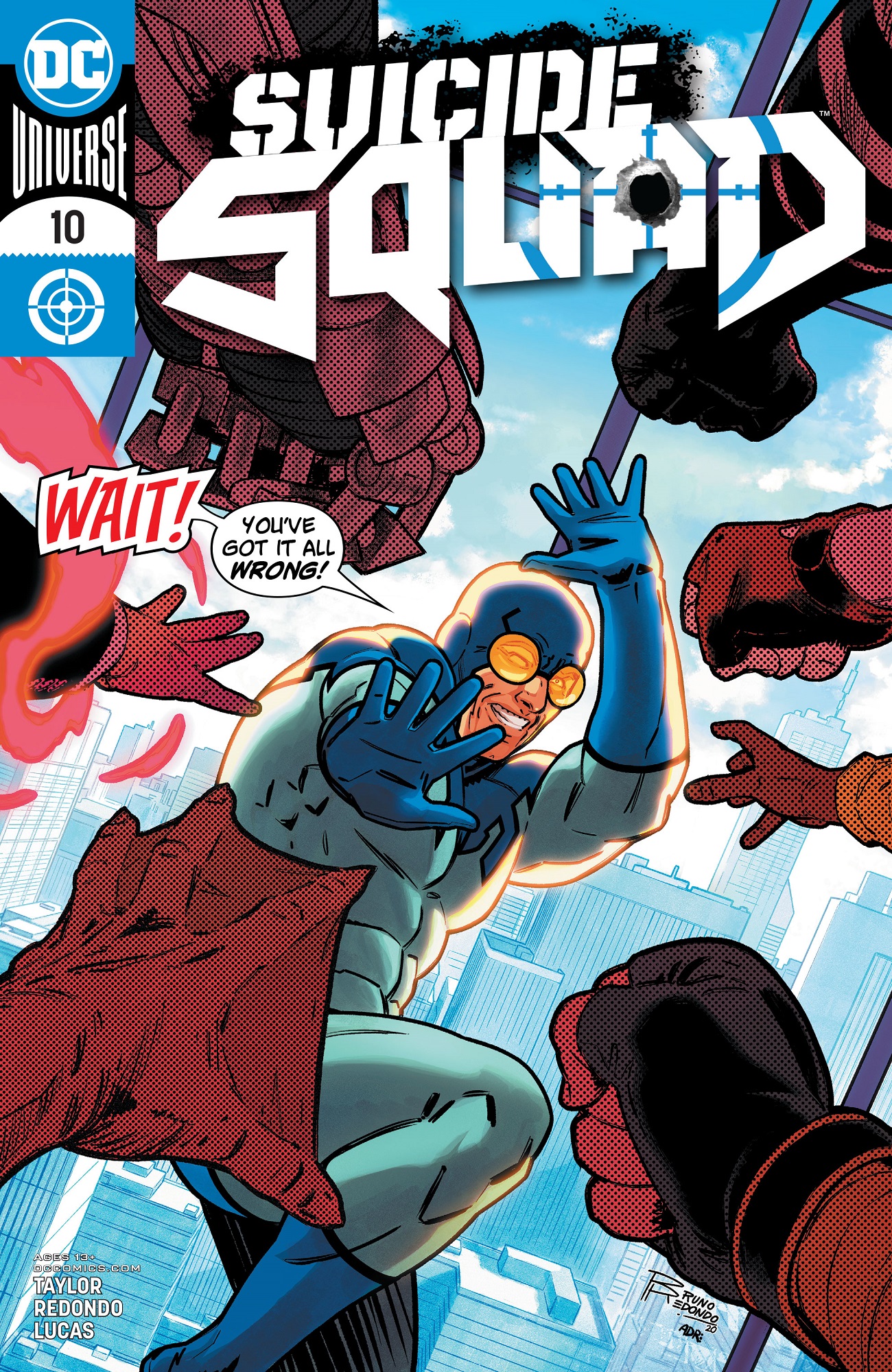 As penultimate issues go, Suicide Squad #10 is right out of the top drawer. Indicative of his run on this title, Tom Taylor has brought events to the boil in an expert fashion, setting us up for the finale next month.

This run has been a fast paced, highly eventful action-fest, but never at the expense of character and nuance. Serving up a host of new protagonists is one thing, but to make the readers care, and feel invested in their fates, is proof positive that Task Force X have been handled with all the care, and reverence that they deserve.

Following on from the events of the last issue, there was some small part of me that hoped that Floyd Lawton’s demise was an example of bait and switch, with the chance of a mini-resurrection. Sadly, such thoughts appear to be well and truly quashed. Yes, his fate is well and truly sealed. It’s always a bold move to kill off such a beloved and long-standing character, and his death is handled perfectly here. A gratuitous death is certainly not the case, and to see the deep sorrow felt by Harley Quinn gives weight to the proceedings. 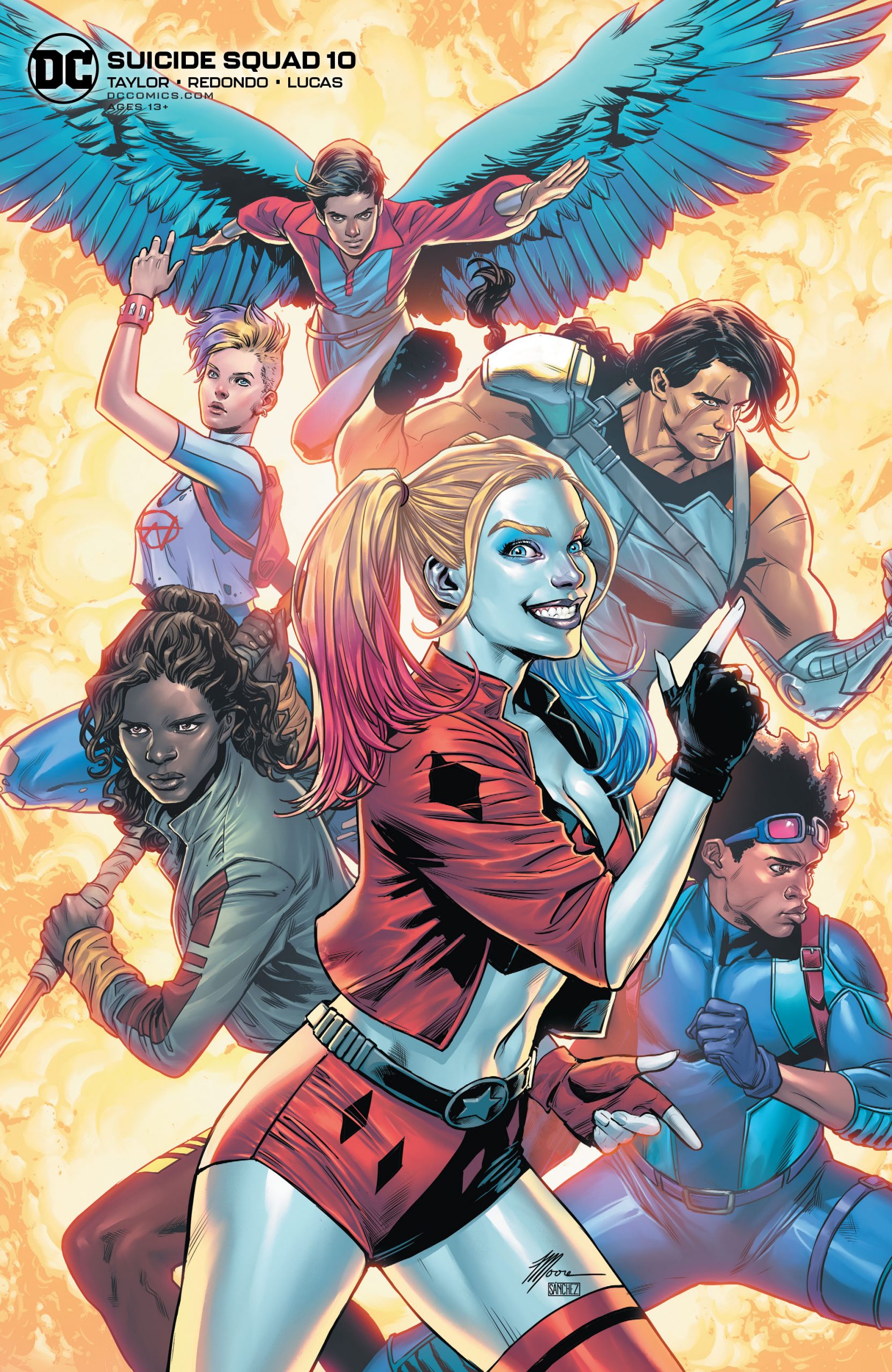 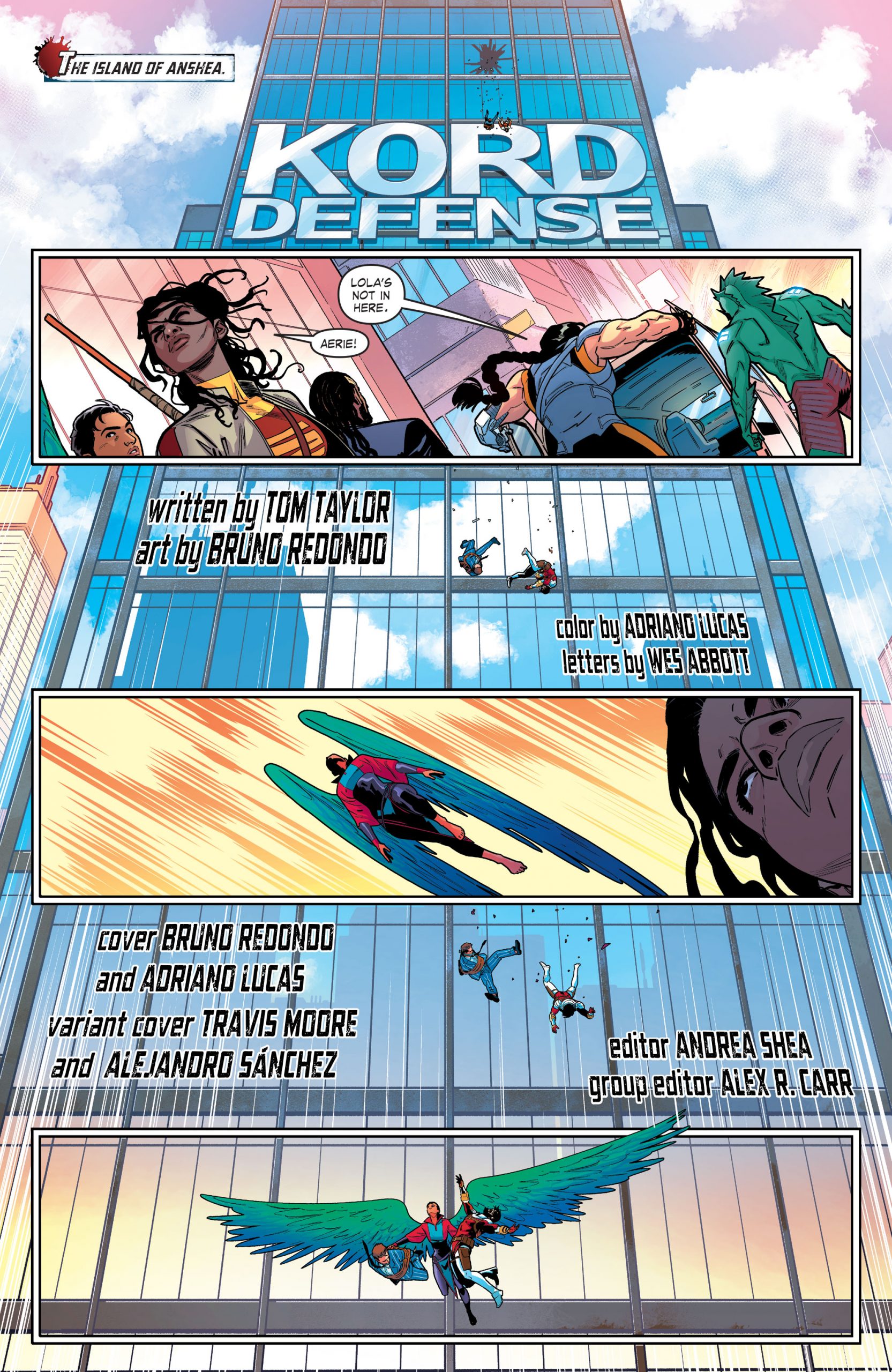 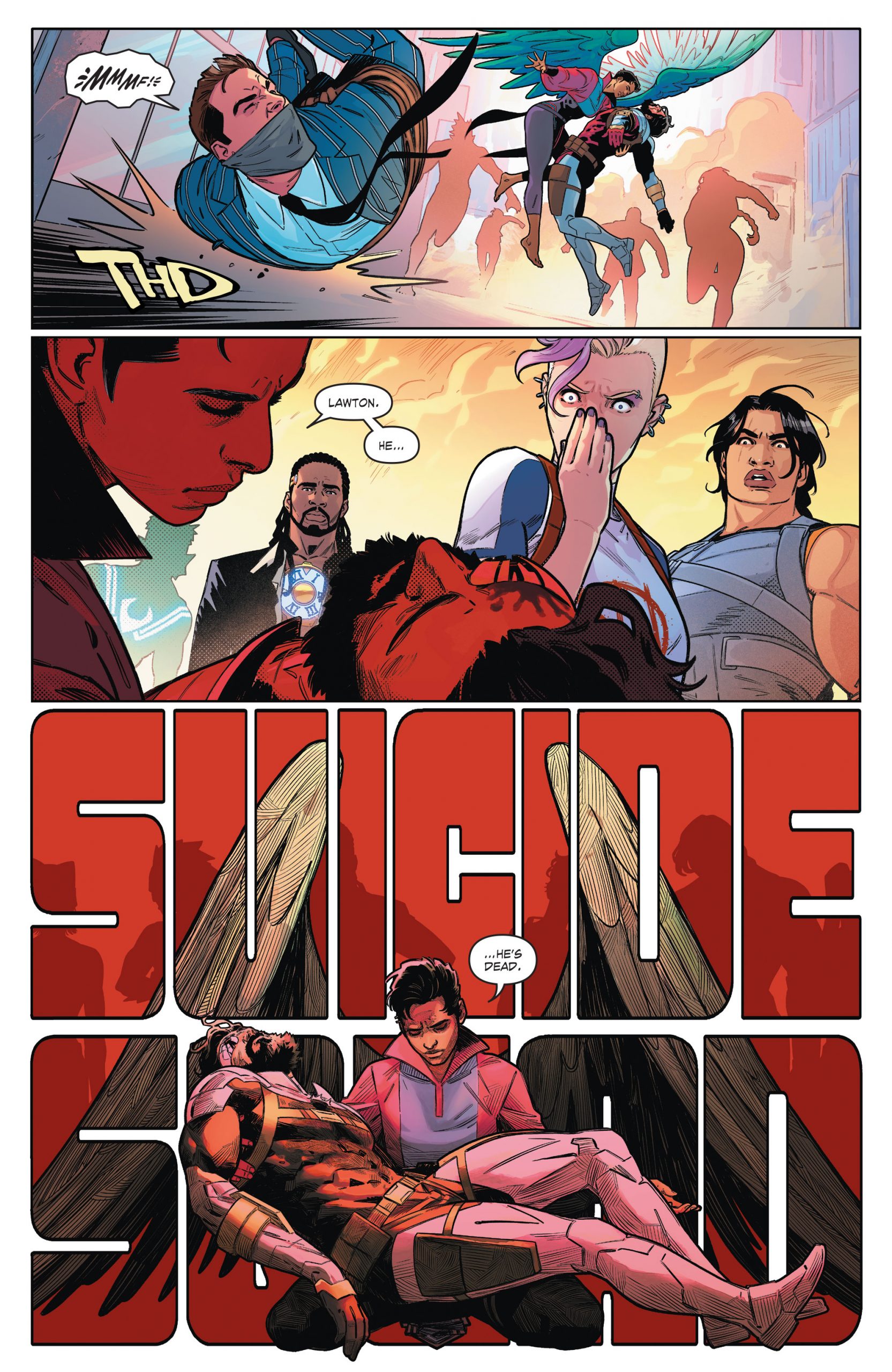 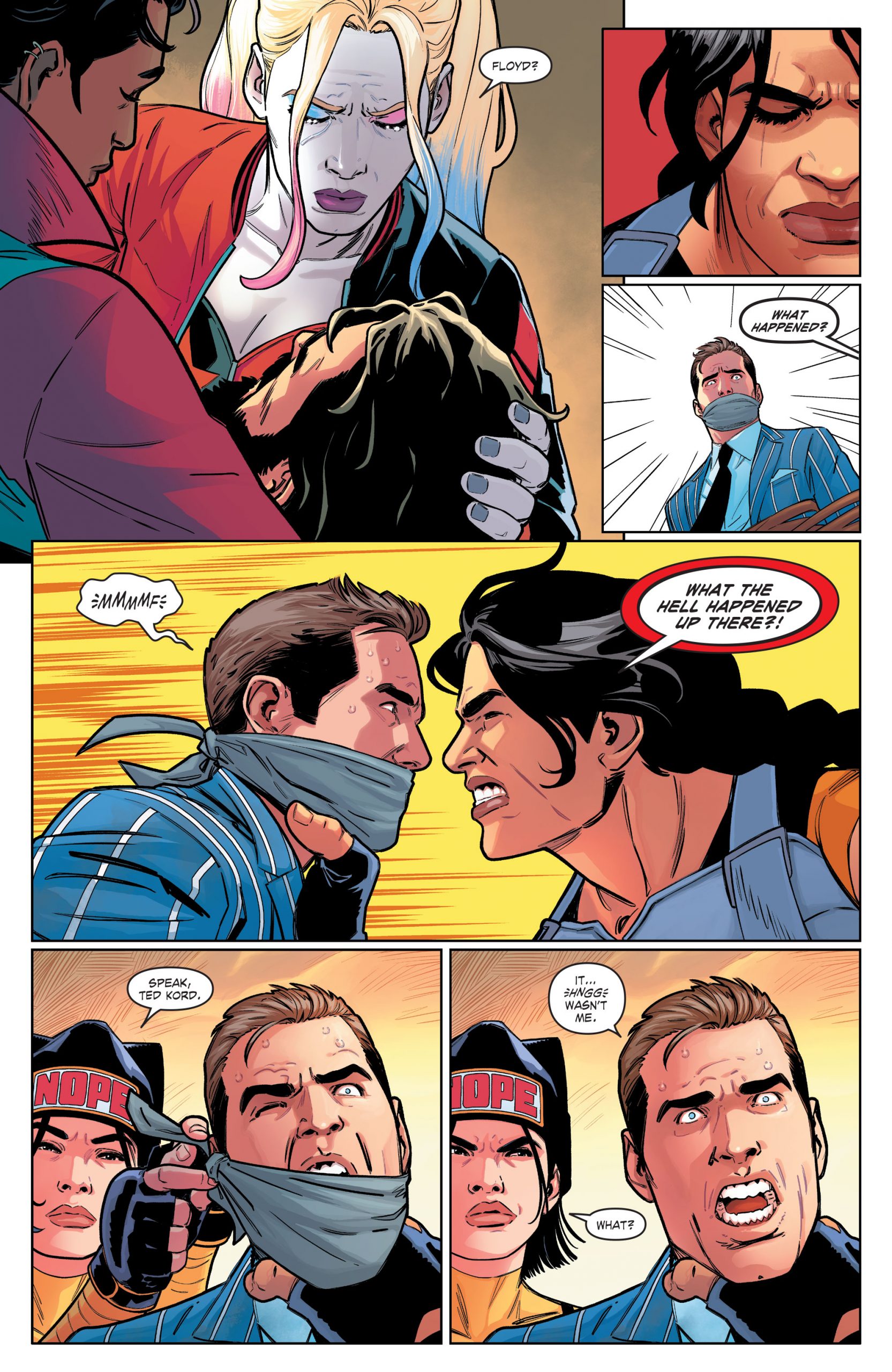 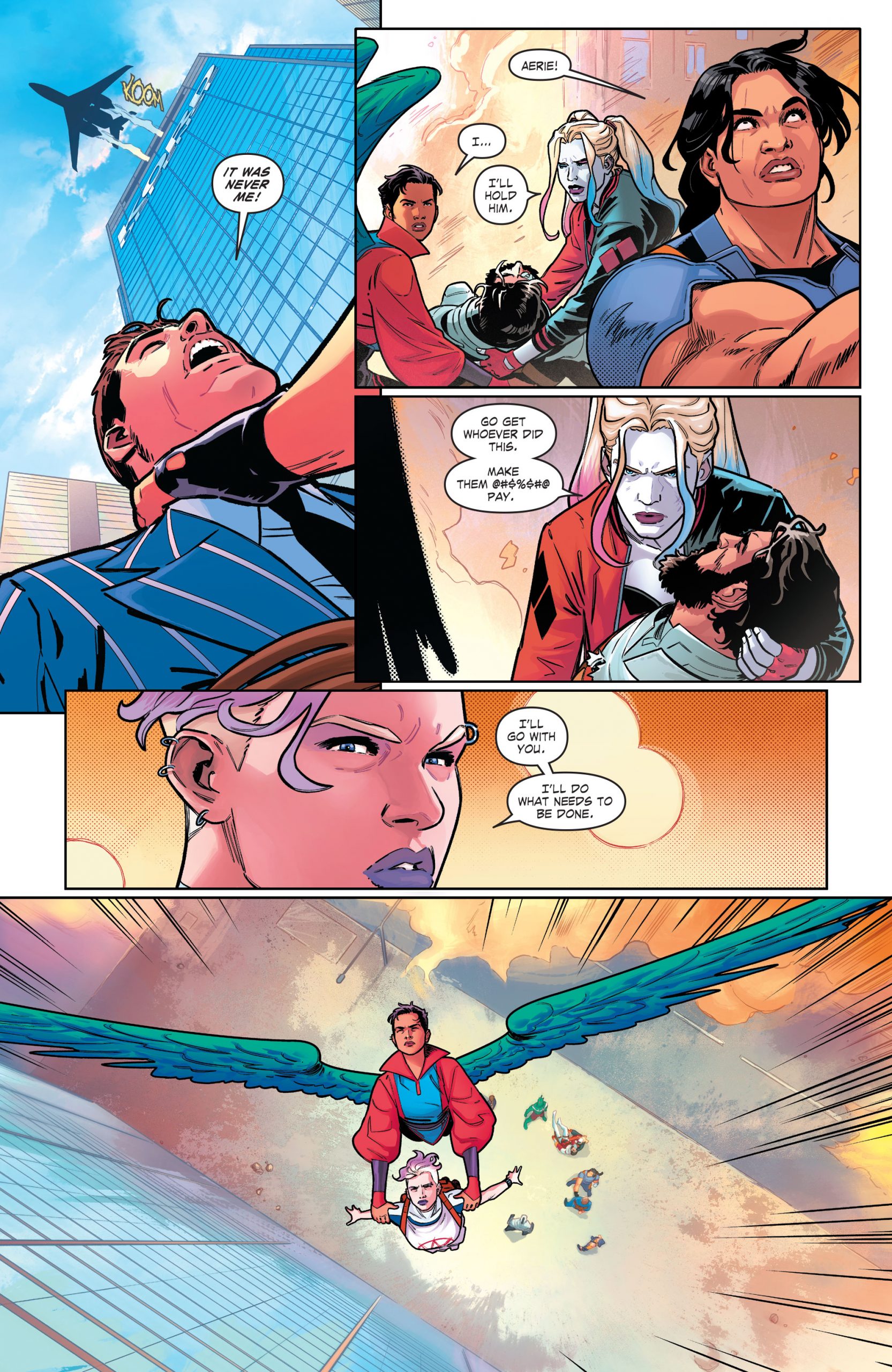 I think it’s fair to say that most readers didn’t buy that the previously honourable Ted Kord had turned heel, and his true nature is revealed here. No spoilers, but let’s just say that his motivations are somewhat more altruistic than had been previously depicted. I must say this pleases me immensely, as when thinking of heroic characters that could turn bad, Blue Beetle isn’t one of them!

Whilst reviewing this title, I have frequently waxed lyrical about Bruno Redondo’s artistic output, and once again he has delivered the goods. Able to swing between all out action and poignant character beats, his collaboration with Taylor has been a match made in heaven. Redondo is easily one of the best in the business when it comes to depicting carnage. His work demands your full attention, and then some! Equally important is the color work of Adriano Lucas, as he brings a vibrancy to the table that adds to the larger than life nature of the book, making it a joy to absorb.

Where the final issue will take us remains to be seen, but I approach it with mixed feelings. Sad that it’s coming to an end, but with a huge sense of anticipation that something special is about to happen. As this issue ends with a whopper of a cliffhanger, one gets the sense that the body count will be high next time out. I say bring it on, as such collateral damage befits this title.

Suicide Squad #10 sets the table for the series’ denouement perfectly. With the promise of a final issue that will change the landscape for the team moving forward, the end will see a crossroads moment for future Task Force X adventures.

Violent, funny and heartbreaking, this is a must read issue. Go and pick it up, before it’s too late!