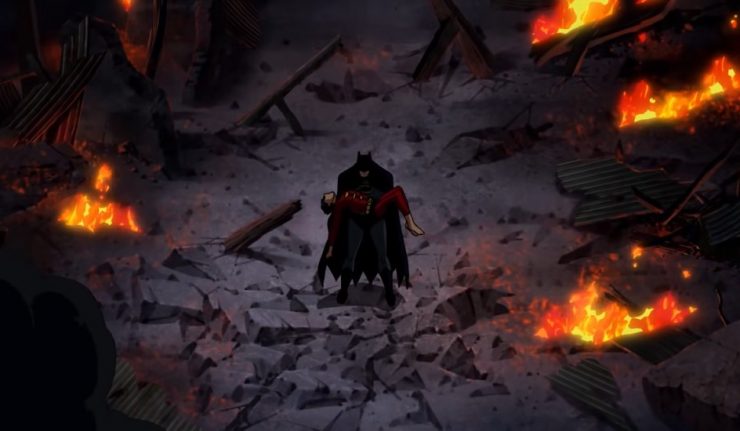 Though I’ve always enjoyed DC’s animated movies, I must admit that I’ve fallen off as of late. While there certainly have been some great ones, things took a bit of a turn since Justice League: The Flashpoint Paradox. Simply put, several of them were not good, in my opinion. With that, I stopped paying attention as fervently as I used to. That’s changed recently with Batman: Death in the Family. Batman: Under the Red Hood is by far one of my favorite movies ever. Therefore, adapting the book that set up the events for UtRH and bringing back many of the cast and crew, instantly caught my attention. Making it an interactive movie with branching storylines similar to Black Mirror: Bandersnatch, then you have my money. I’m officially in. In two days, the physical media will hit shelves and I already have a pre-order through Amazon. In the meantime, WB is throwing out one last ditch marketing attempt with a new clip released from Batman: Death in the Family.

Beautifully animated, and just a small taste of how brutal this flick will likely be. The fight looks like it could easily fit into the scene in UtRH where the Joker is holding Black Mask and his thugs hostage on the bridge. The scene could have been retooled to include this fight, or it could have happened, but we didn’t see it because we were following Batsy. Either way, the short clips exhibits Joker’s whimsical fighting style using a fake hand, followed quickly by an insane dropkick to the chest. Oof!

This new clip released from Batman: Death of the Family is a such a great tease to what’s to come. Are you excited? If it wasn’t clear yet, I am and I can’t wait.

Batman: Death in the Family hits shelves on October 13th, 2020. Grab your physical copy to really experience the interactive nature of the flick.