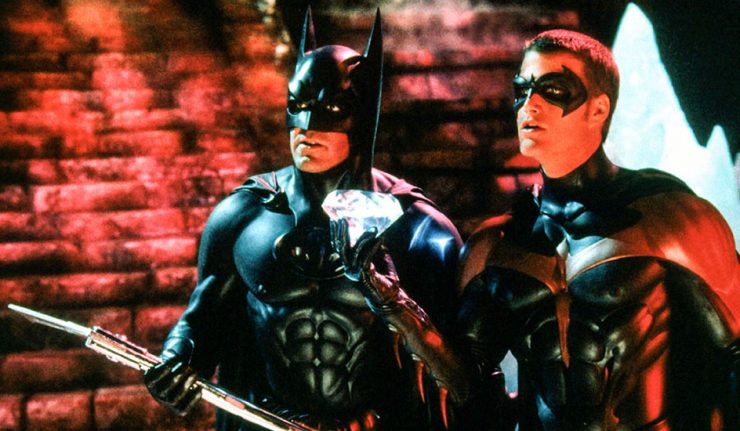 Two of the most contentious films in Batman’s rich history in media are Batman Forever and Batman & Robin. While Batman Forever wasn’t particularly loved among fans, it did well financially. Batman & Robin, however, effectively killed the Batman movie franchise for years. It’s an interesting period in comic book film history. People often look back on that time period to discuss the eventual growth and evolution since. In a recent interview, writer Akiva Goldsman reflected on both films.

Collider conducted a lengthy interview with Goldsman, in which the writer/producer also discussed his cancelled Batman v Superman movie, which was touted years before Zack Snyder’s version. An accomplished filmmaker, Goldsman co-wrote Forever, before becoming the sole scribe on B&R.

Collider spoke with Goldsman and asked him about how he felt about his time working on it.

On Batman Forever, Goldsman simply recalls a plot thread that was deleted from the final film.

For me, Batman Forever was all about Bruce finding his father’s journal and in it it said, “Martha and I want to stay home tonight”, but Bruce insists on going to see a movie, and you discover it was all [Bruce]. He’s been holding on to the guilt all the way through about being responsible for his parents’ deaths. None of that makes the cut because we shot it and we tested it, and the audience was not interested in the psychological component of the drama at that point. That was not what they were coming to comic book movies for.

It would have been a great plot point for the tortured Bruce, but it was a different time, before people asked more of their comic book movies.

With regards to Batman & Robin, Goldsman seems to be filled with confusion and regret, saying

As for Batman & Robin, that one just confused me. I mean, we didn’t mean for it to be bad. I swear, nobody was like, “This will be bad.” We were really thinking… [H]ere’s the irony: There was a reel that was put together halfway through [filming] where it actually looked dark in an interesting way. It just is what it is and I’m sorry. I think we’re all sorry.

He even goes on to say that Titans, which he created with Geoff Johns and Greg Berlanti, was meant to compensate for B&R.

Personally, Batman Forever for me remains an incredibly silly, but entertaining flick. It also had a strong, manic performance by Jim Carrey. Re-watching it is a damn good time. Batman & Robin, however, is bit more difficult to get through. While I do believe that B&R was a pretty bad movie, I just find it weird that all involved with it feel they need to apologize. Batfans seem to think they’re owed an apology, when really they don’t owe us anything. They made a movie in an attempt to satisfy everyone including their financiers and it failed. Things happen and you move on. Like he said, nobody could have predicted how the movie would be received. It also just seems like Goldsman is simply saying what he feels need to be said to appease fans.

As sad as it seems, these are Goldsman’s thoughts as he reflects on the lasting enigmas that are Batman Forever and Batman & Robin.

What do you think? Should the cast and crew apologize for Batman & Robin? Let me know.