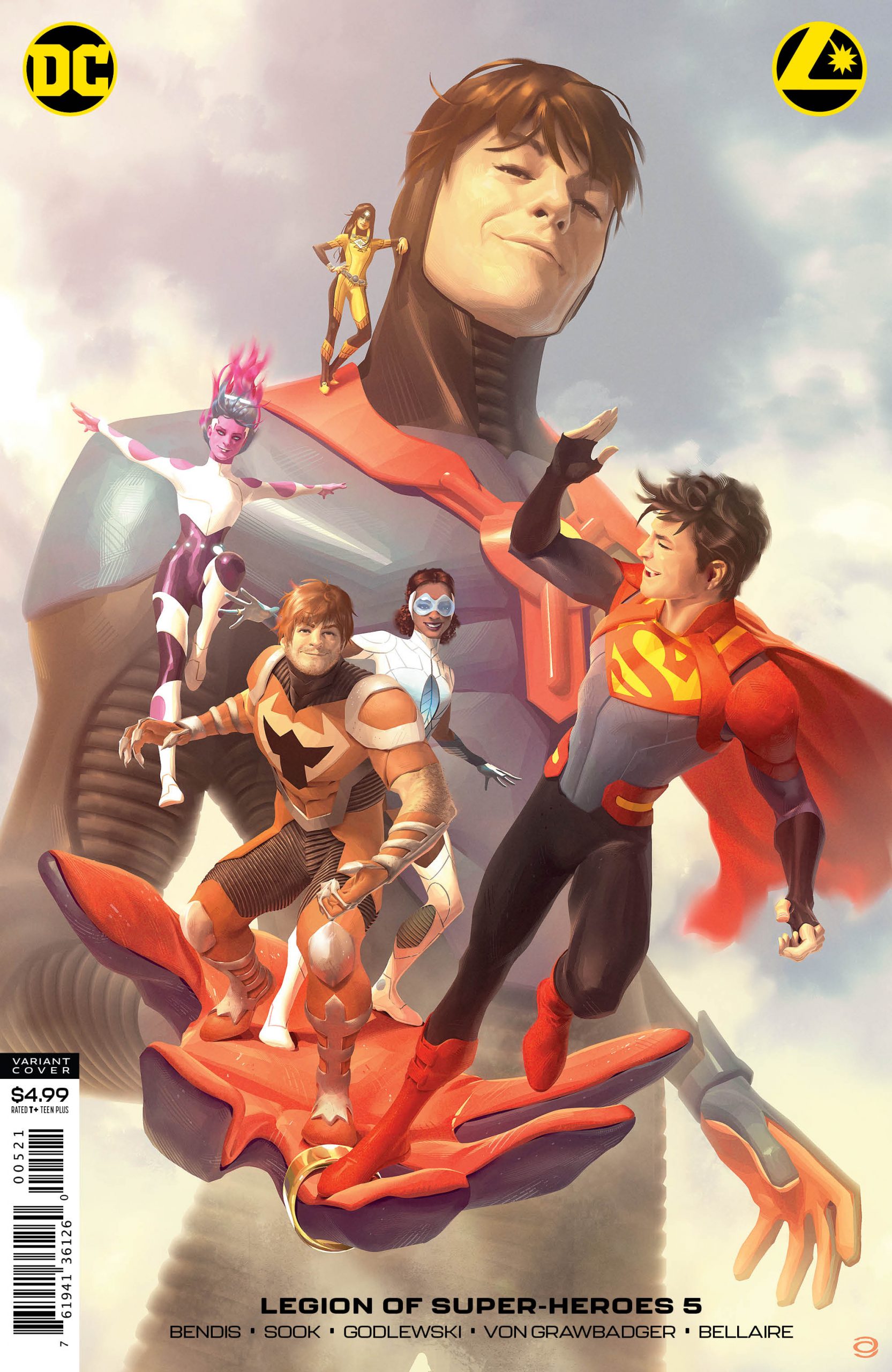 Welcome to the 31st century! The secret origin of the Legion of Super-Heroes has been revealed, in Legion of Super-Heroes #5! Jon Kent finishes his orientation, the Science Police are wanting to restrict the Legion and Brainiac just doesn’t think this computes very well. Numerous conversations abound, and secrets are revealed. Writer Brian Michael Bendis gives us new vernacular to work with when we want to use futuristic swearing!

If you’ve been keeping up with the Bendis/Sook name-tag game, you know that this is used both as a device for the characters to dispense with social graces and know immediately how they can work with their respective super-hero teammates. In this issue, the information bar has been replaced with a logo, which the reader is to assume that familiarity may breed a bit of a short cut?

If Jacques Foccart is the Invisible Kid/Gentleman, will his “floating ID” disappear with him when he disappears, or will it continue to float around? Someone get out a digital sharpie for him as it appears that is an issue for the kid/gentleman.

Well… we know they’re teens or in their twenties, and we have to assume with all the different heroes, that profanity would pop into the conversation. Emotional swearing without all the baggage that accompanies the censorship or labeling a story PG-13. Holy Qrot!  What a great idea! 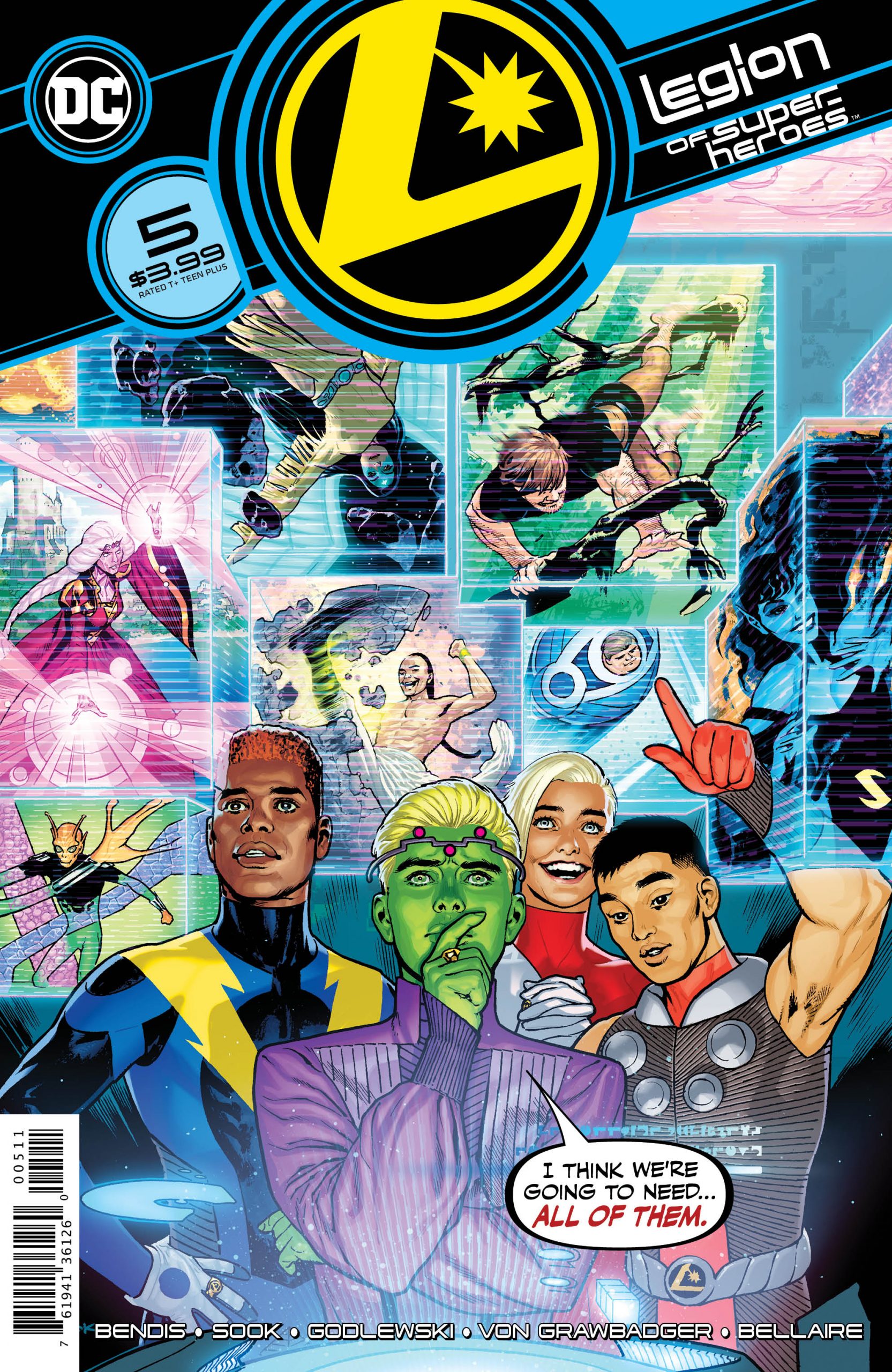 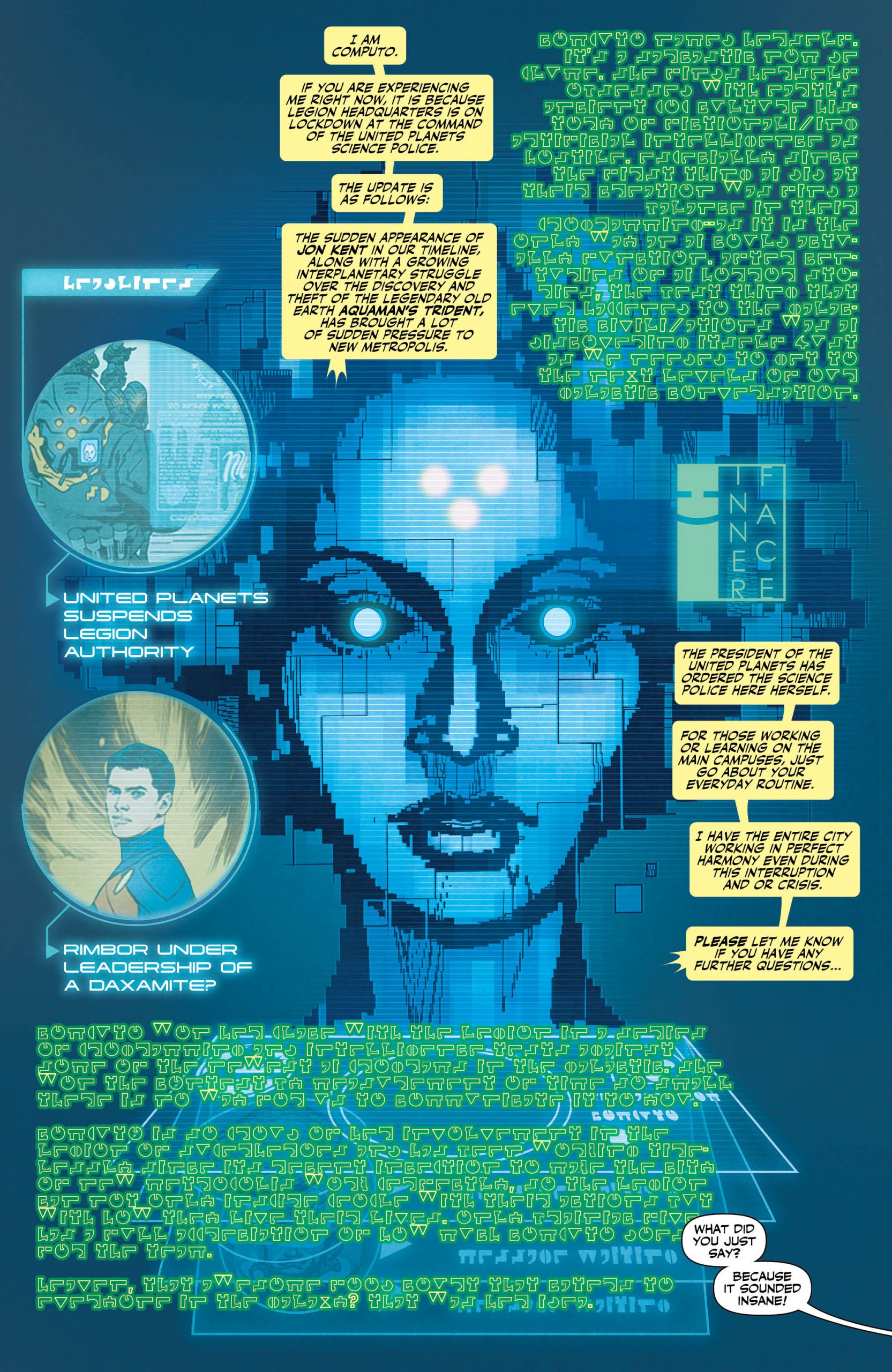 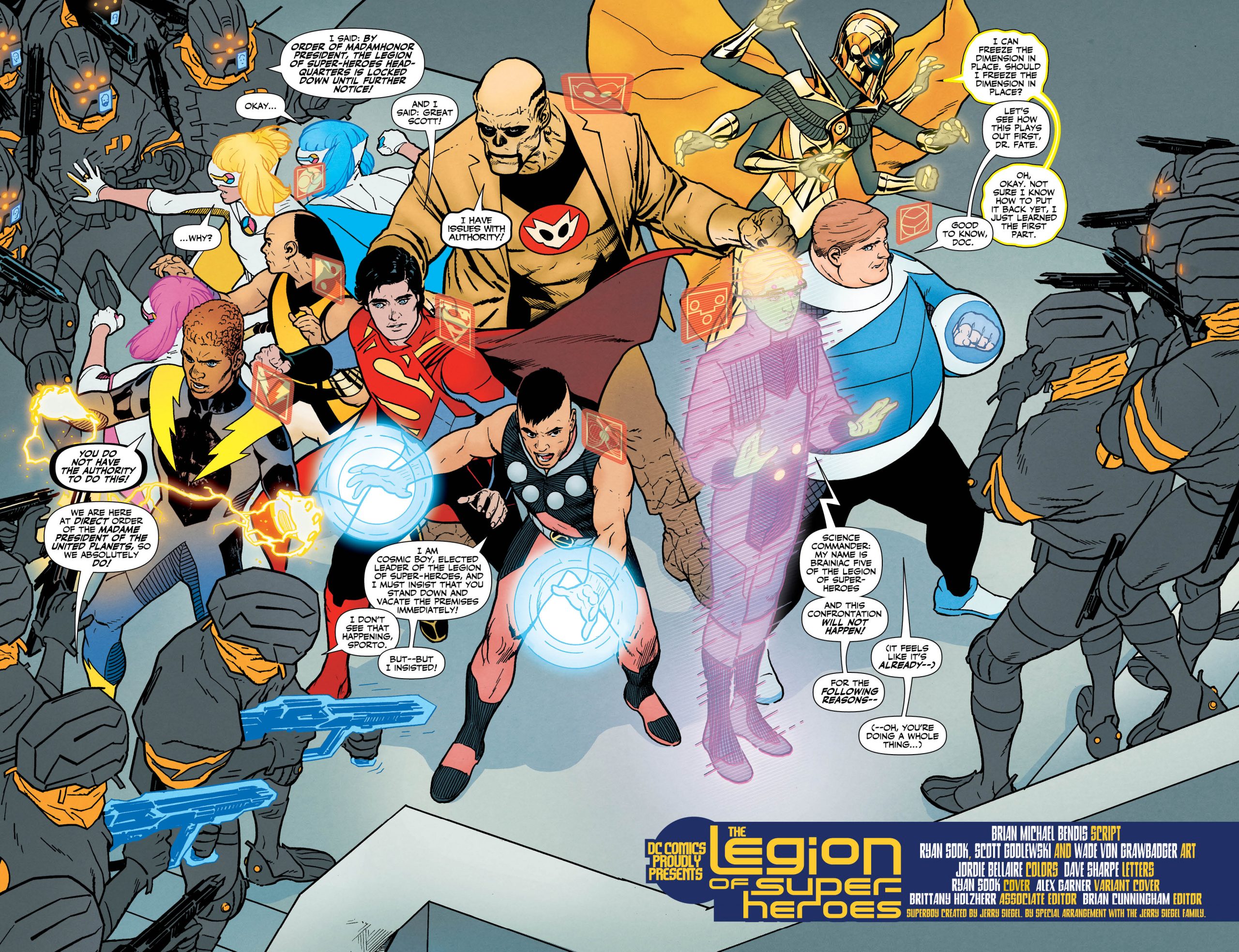 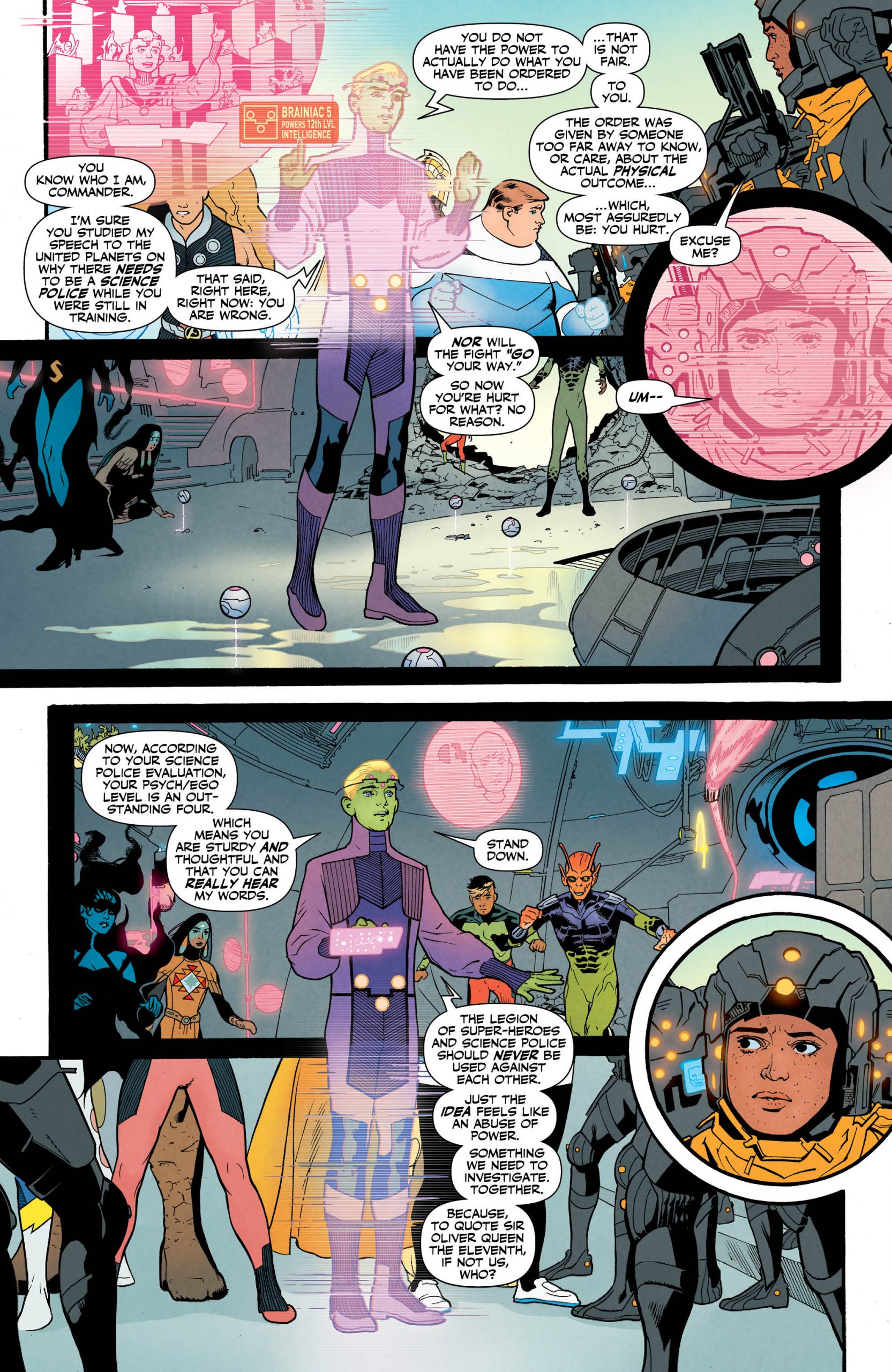 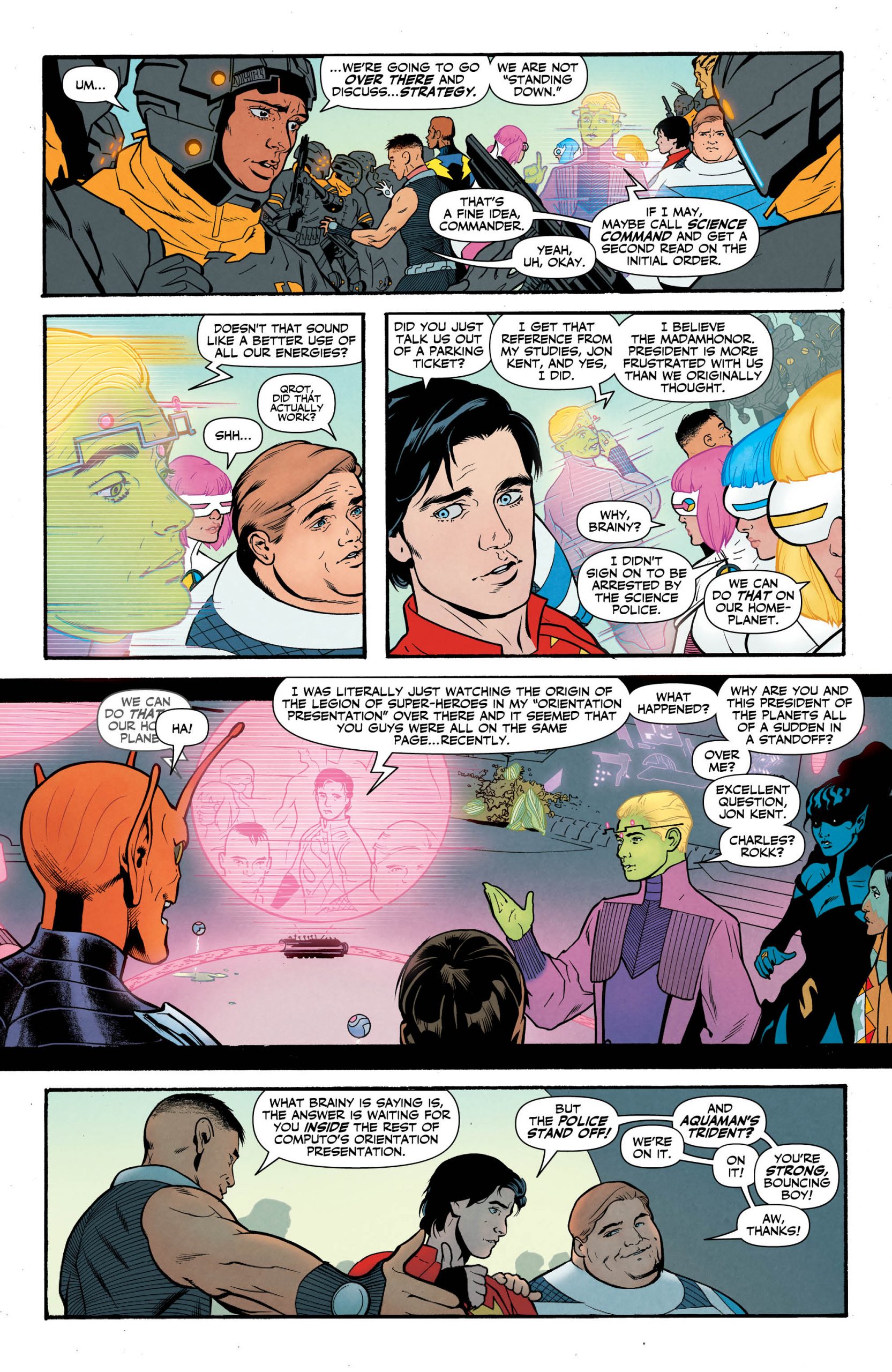 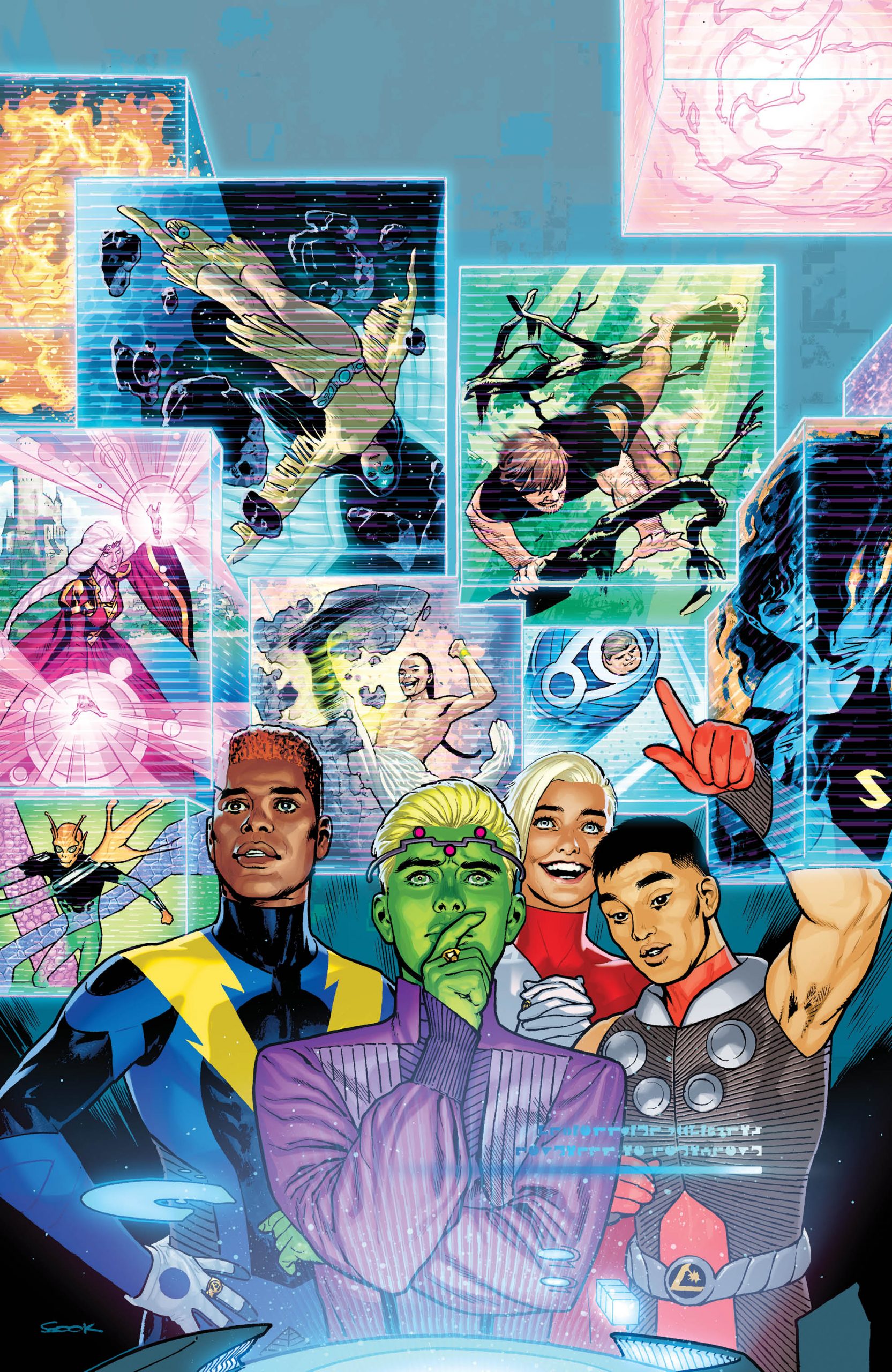 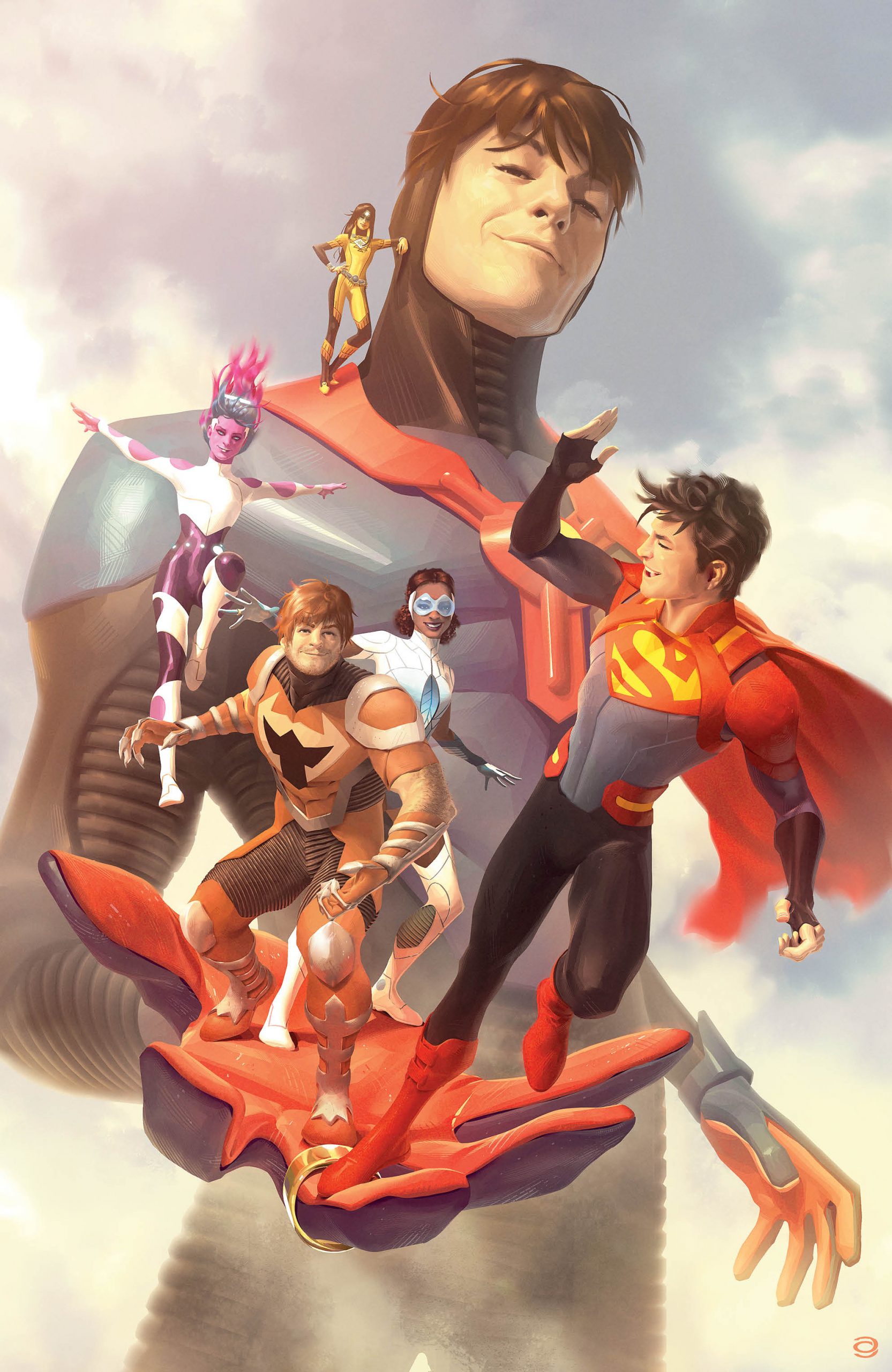 Cosmic Boy, as the elected leader, insists everyone stand down, and while Jon Kent is needed in this timeline, Brainiac has all the intel! Egos aside, Bendis has painted a team that apparently knows their place and what has to be accomplished in order to achieve the harmony they wish to have with the United Planets.

No teenage angst or ego trips… just a mutual admiration of each other’s strengths and powers to serve a greater good. Cool concept!  Except when you’re invisible and people are talking qrot about you!

Point of View Orientation is in Session

Jon Kent’s orientation to the Legion provides a better “fill in the blank” moment to shed some light on President R.J. Brande’s original intentions for the League… ahem… Legion.

Imra/Saturn Girl, Garth and Cosmic Boy’s conversations, both verbally and in the cloud of telepathic thoughts, provides a starting point that both the reader and Jon Kent can hang their hat on in terms of an origin story. Oh, and their recruitment conversations…. whew!

My Mom is the Prez!

President R. J. Brande is  Reep Daggle’s mother.  Brainiac knows this, but the timing and framing that Bendis and Sook use in Brainiac’s conversation with Daggle is both humorous and gives the reader a bit of a break on Brainiac’s literal conversation tones.

Bendis provides Brainiac as his mouthpiece in this one as the original three approach Brainiac about joining the Legion. Multiverses, one “true” Superman, “We will know when we know”…. I think he wrote himself into a corner and hit a publishing deadline. Brainiac’s character is better than that.  In fact, I had to read these pages a few times to discover… what?

President Brande has a great idea about forming a Legion based on history. The JLA and the Teen Titans seem to be Brande’s inspiration and her speech before government leaders seems straight out of Episode 2 or 3 of Star Wars. I appreciate the origin story, but don’t want pull too hard on some of the strings. I’m not sure which timeline these Legion members are prepping Superman/Superboy for, and what the heck is going on with Aquaman’s Trident?