As soon as Punchline, Batman’s newest adversary and the Joker’s latest associate, was revealed, fandom went crazy. When Harley Quinn returned to Gotham, in recent issues of James Tynion’s Batman, we all knew that an imminent clash between the two would be inevitable. Now, in amazing style, DC Comics have released two stunning Francesco Mattina covers for Batman #93 and #94 giving readers what they want… Harley Quinn Vs Punchline!

Yes, Harley Quinn and Punchline will meet. No, they aren’t on the same side. Yes, it will be chaos in Gotham.

Here are both covers, and DC’s full Press Release: 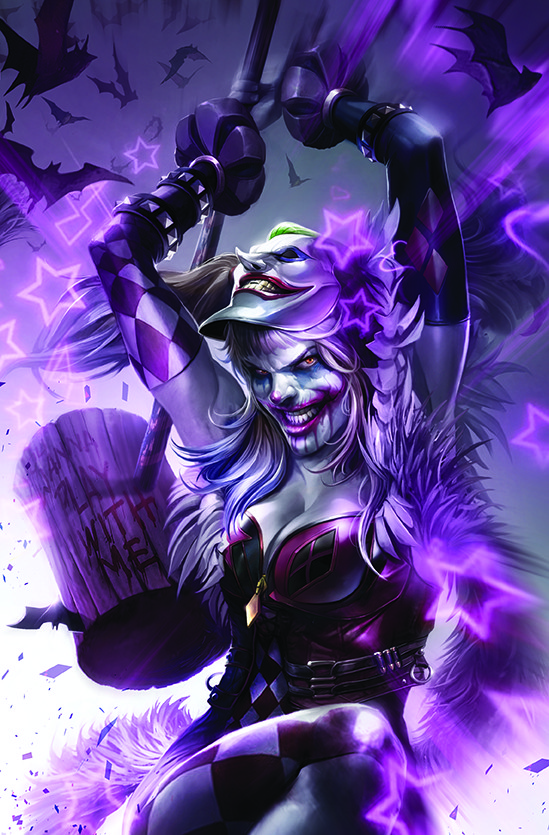 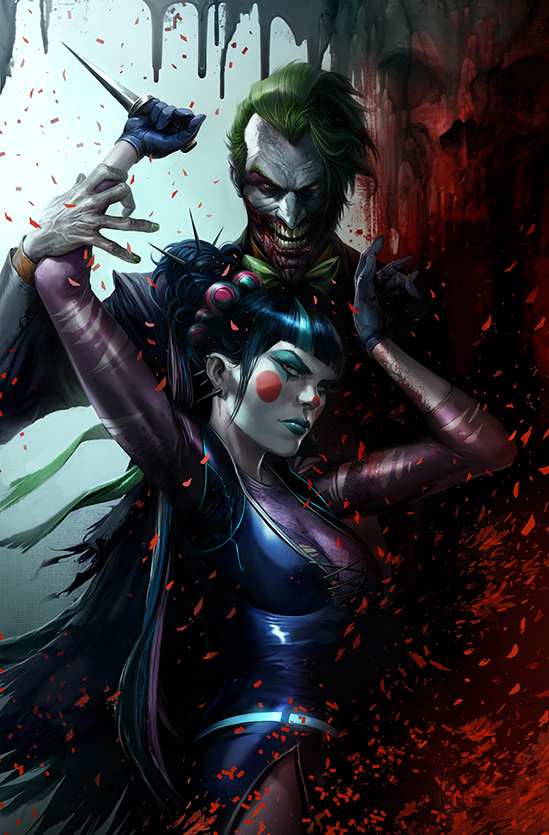 Variant Covers for Batman #93 and #94 by Francesco Mattina Revealed!
Showcasing the Clown Princess of Crime and the Joker’s Stabby Stabby New Lieutenant!

Ahead of “Joker War” launching in Batman #95 on May 20, tensions are rising in Gotham City! To give readers a hint at the epic showdown in the pages of Batman #93 and 94, fan-favorite cover artist Francesco Mattina’s variant covers featuring Harley Quinn (on Batman #93) and Punchline (on Batman #94) have been revealed!

The final two chapters of “Their Dark Designs” by James Tynion IV and Guillem March, Tomeu Morey, and Clayton Cowles will arrive in shops Apr 15 and May 6, and will feature a cutthroat confrontation between the Clown Princess of Crime and the Joker’s new Second-in-Command, who has already propelled sellouts and social media buzz!

Meanwhile, Batman faces off with the Designer without Alfred (R.I.P.) or Bat-Family to lean on. In these thrilling issues putting a spotlight on the chaos in the Dark Knight’s life, he stands alone against the ascendance of his greatest adversary!

“Joker War” is coming, and Gotham City will never be the same!

DC Universe’s Thrilling Fan Competition Is Back With Meta Madhouse: Tournament Of Terror