“Invasion of the Supermen” – Part Three 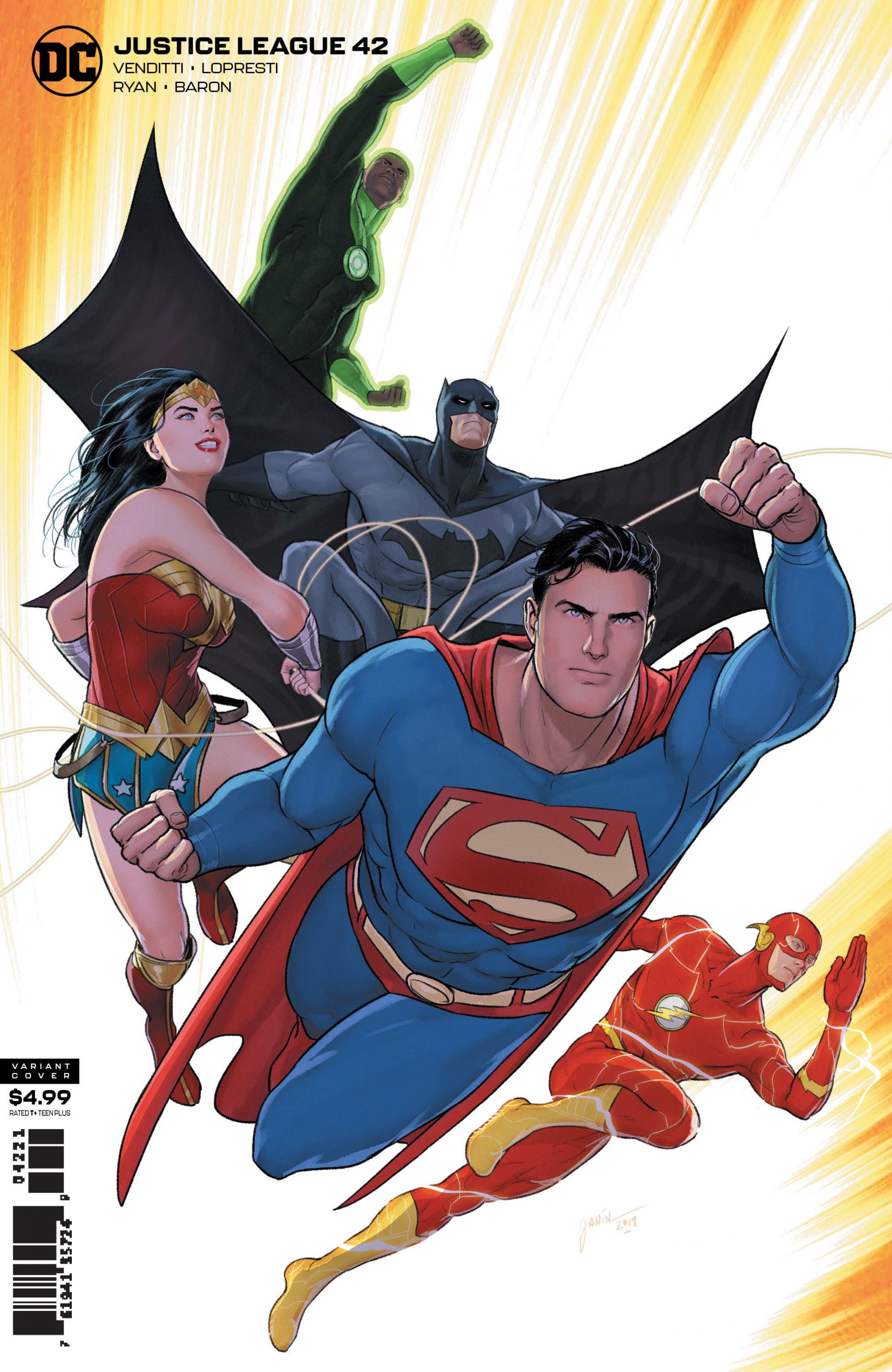 Magic and science unite, as Madame Xanadu and the Flash run a rescue op for Wonder Woman in this week’s Justice League #42.

After the events of #41, the team finds themselves on the collective back foot. The Eradicator has an army of super-powered Daxamites, who managed to defeat the League and capture Wonder Woman. Nevertheless, Jon Stewart has a plan involving the Flash and Madame Xanadu to not only save Diana, but also even the playing field.

Meanwhile, as the League hatches its plan, Wonder Woman isn’t doing so well. Upon her abduction, the Eradicator also took control of the Hall of Justice. There she faces the wrath her captor, who has decided to extract her “bio-resources” (yeah – it looks as creepy as it sounds). Luckily, Sodam Yat breaks his vow of pacifism, confronting the Eradicator with a massive laser bazooka (yeah – looks as cool as it sounds).

The Lowest of High Stakes

As Robert Venditti continues his run on Justice League, it becomes more apparent with each issue that he’s not Scott Snyder or James Tynion IV. No – I’m not saying his work is bad, rather, the stakes feel very low in comparison to the Snyder/Tynion run. An alien invasion can’t compete with a war for the heart of the Multiverse. It’s hard to take this story seriously, especially since Snyder and Tynion’s Justice League story hasn’t fully concluded in Year of the Villain: Hell Arisen. Essentially, Venditti’s work here feels like filler. It’s good filler – but filler nonetheless. 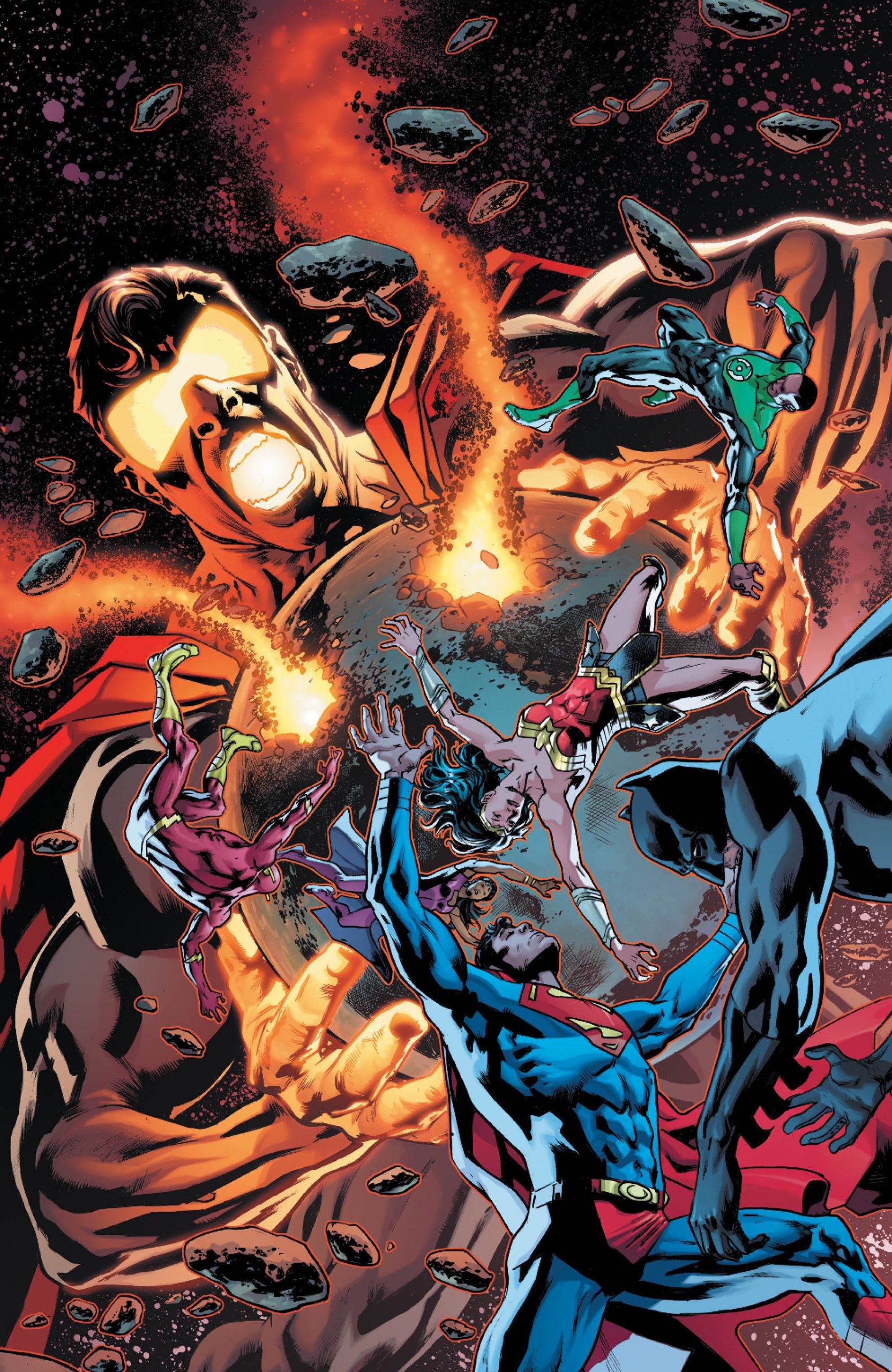 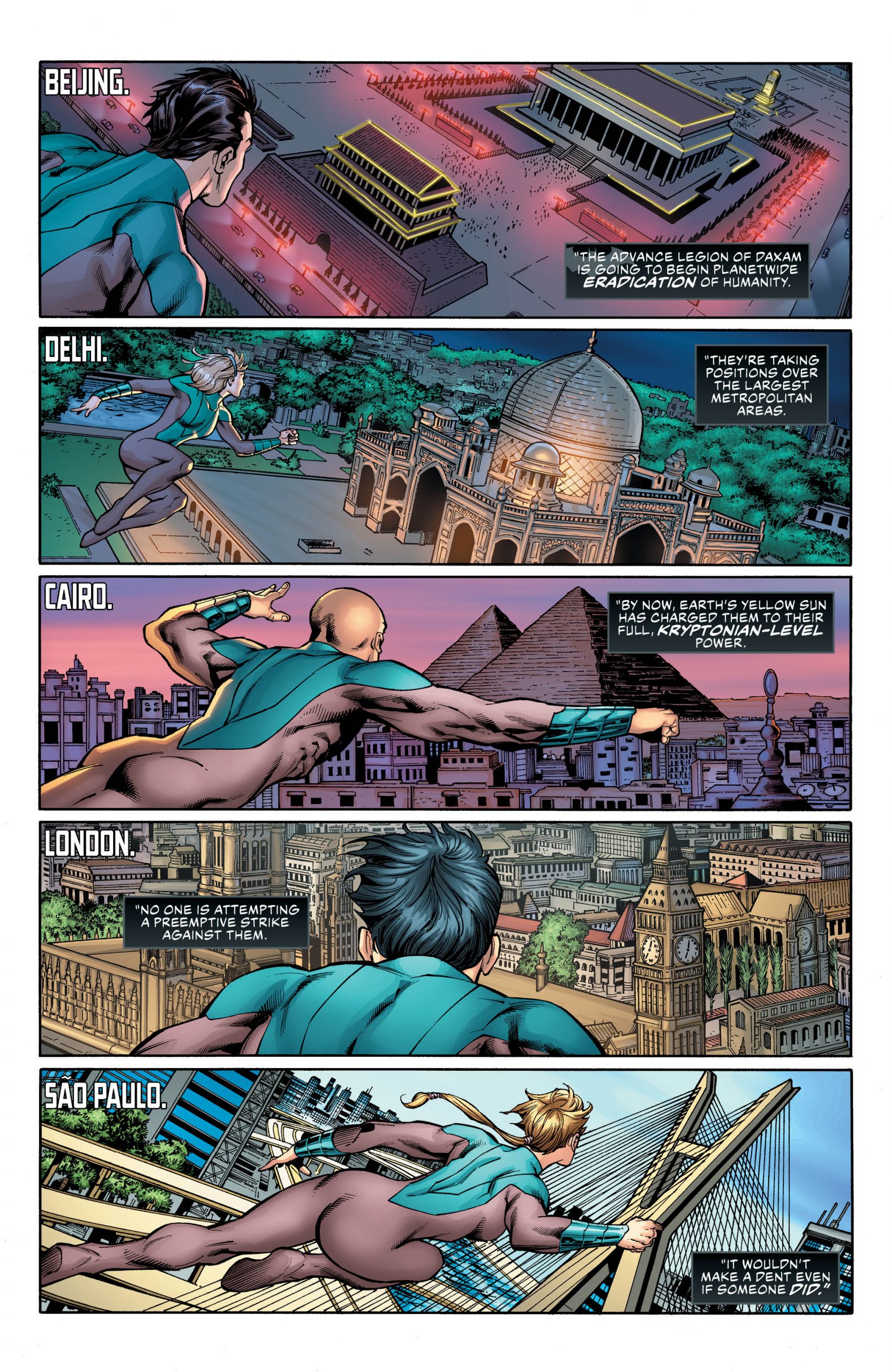 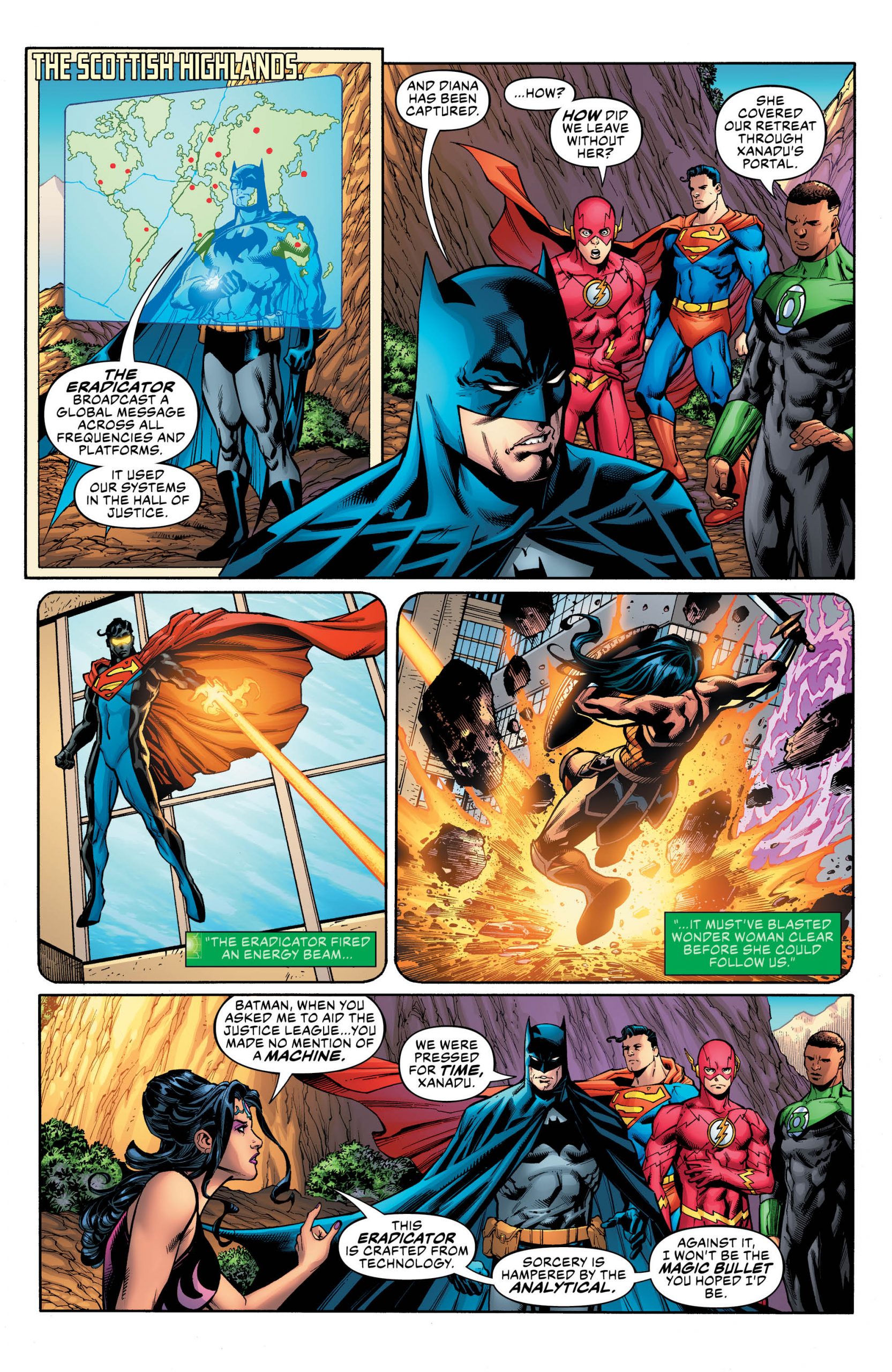 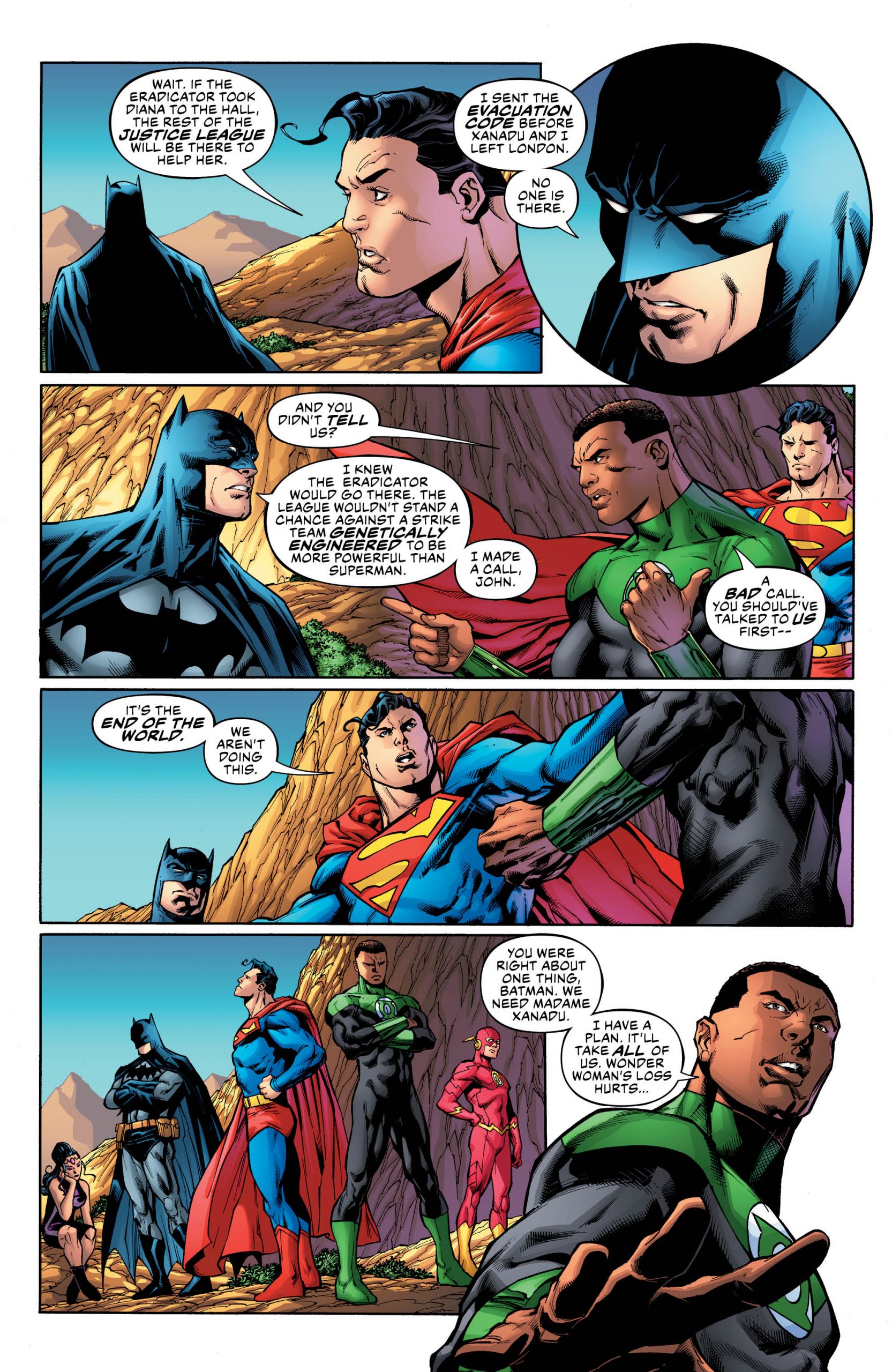 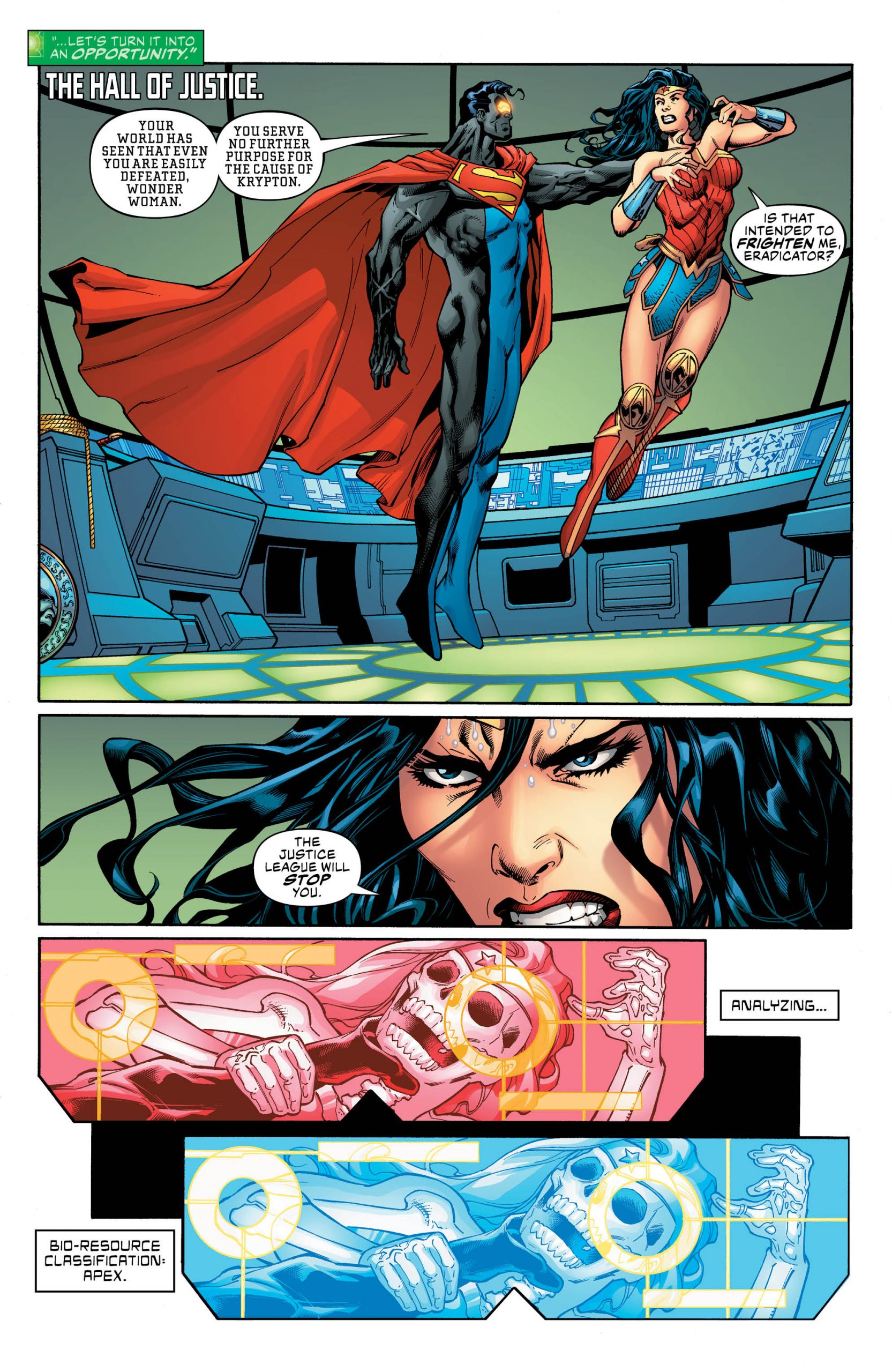 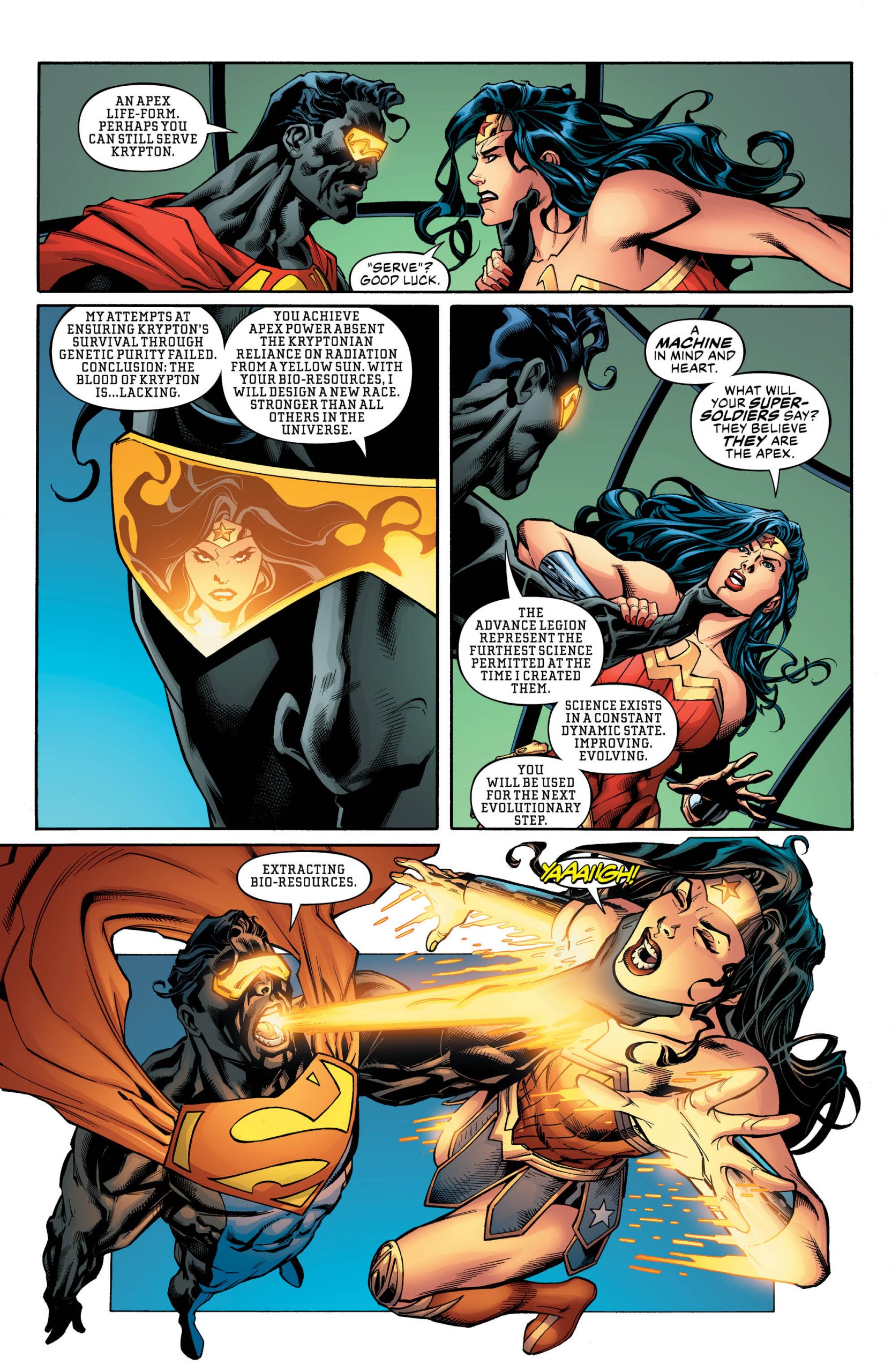 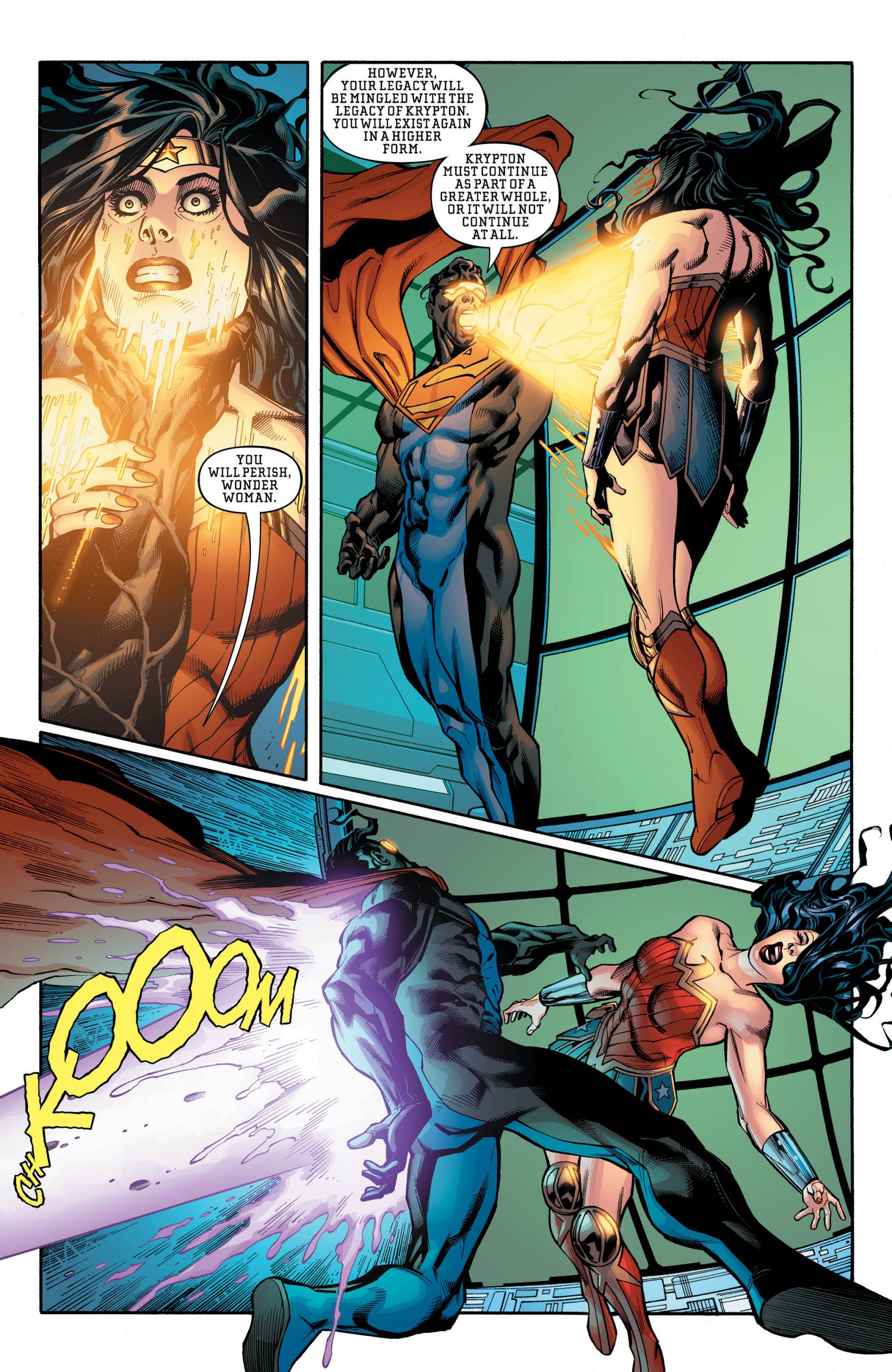 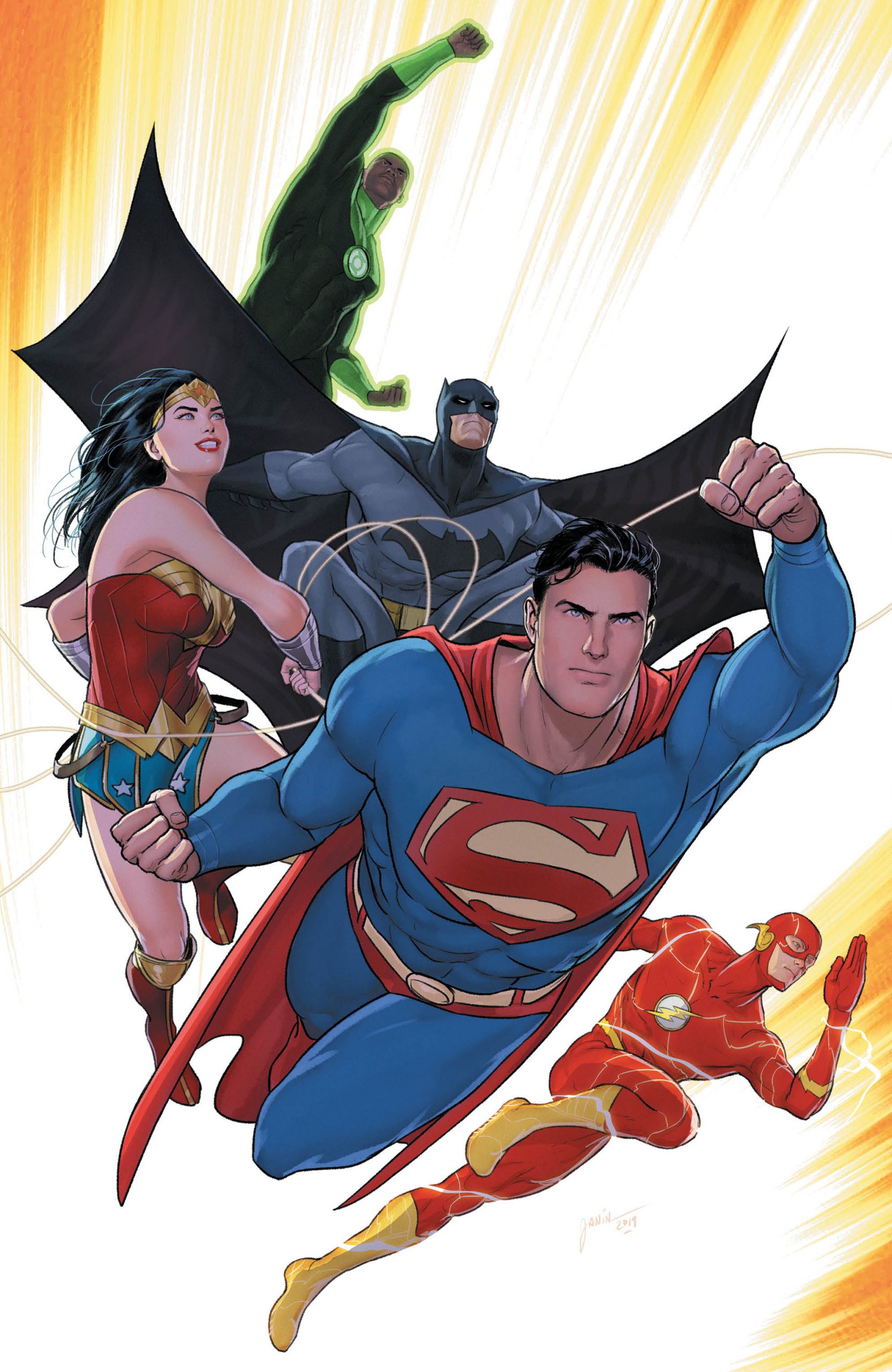 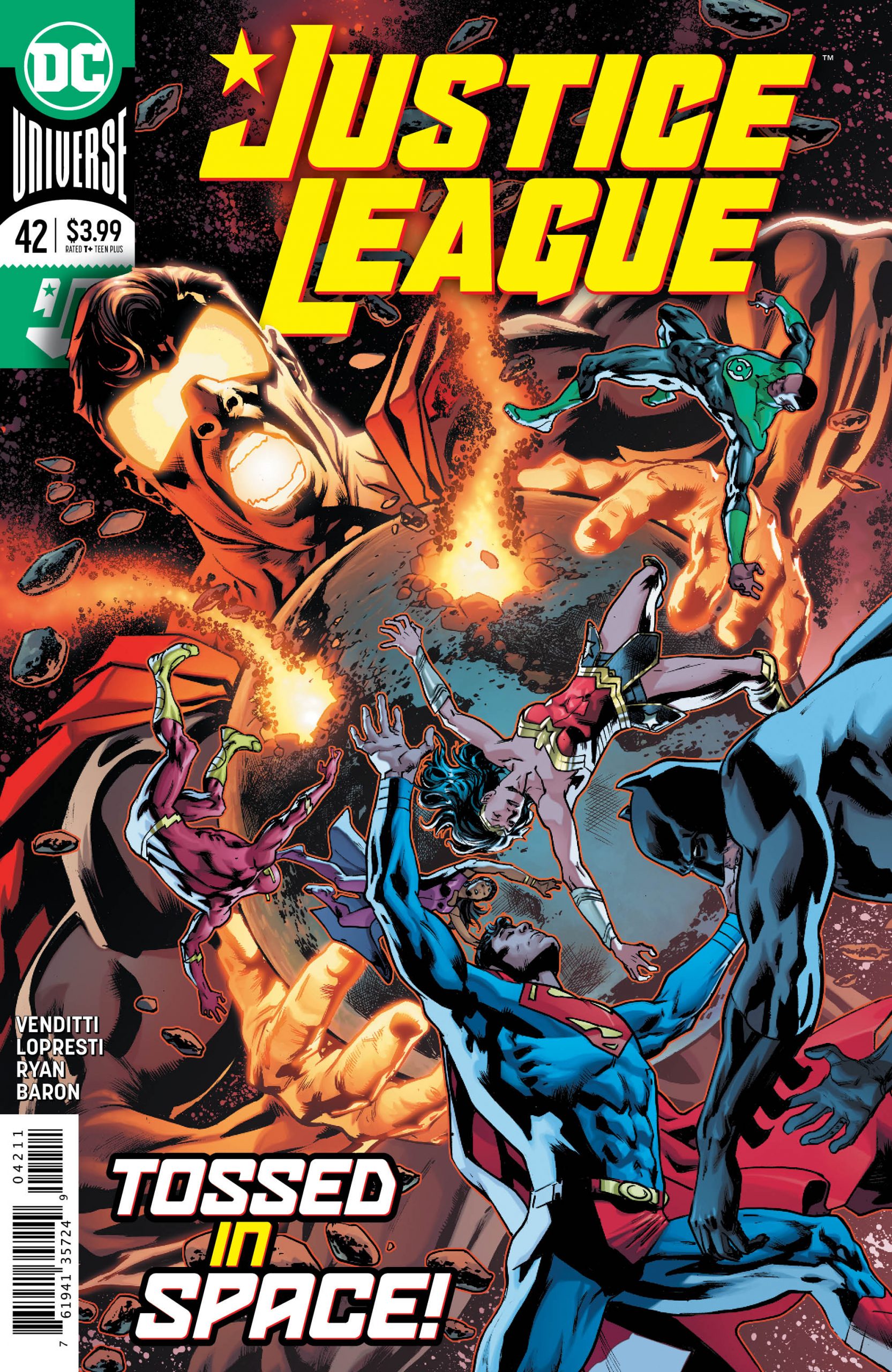 A Study in the Classics

Aaron Lopresti returns on pencils for this title, which frankly feels like a safe choice for this book. Lopresti is a veteran of the industry and his work aligns well with DC’s house style and. Like Venditti’s script, it’s good overall – not amazing… but good. Lopresti’s pencils feel very reminiscent of the 2000s: DC’s Identity Crisis and Infinite Crisis days, and since the 2000s was largely a solid decade for DC, it’s nice to have an artist whose style harkens back to the “good ol’ days”.

Once again, this week’s Justice League is simply unremarkable. Is it fun? Yes. Does it entertain? Yes? Is it memorable? No, not at all. Vendetti’s work is perfectly serviceable but lacks the flair or pizazz of the previous run. Lopresti renders the League in a classic yet somewhat unremarkable style.

Final Verdict: It’s fine, but don’t expect this one to light your world on fire.