DC made their presence known at Comic-Con Experience in São Paulo, Brazil this weekend. Yesterday, attendees were treated to a ton of new footage from Birds of Prey (And the Fantabulous Emancipation of One Harley Quinn) as well as the first trailer for Wonder Woman 1984. As of this morning, footage has not yet been released online officially, at least not that I could find. In the meantime, however, DC revved up the masses during the week by releasing a Renaissance-inspired poster, which was followed closely by a ton of character posters for Birds of Prey.

Aside from a couple of alternate posters, we have so many character posters to pour over for details, featuring Harley Quinn, Huntress, Black Canary, Renee Montoya, Cassandra Cain, Roman Sionis, and Victor Zsasz.

Take a look below at the alternate posters: 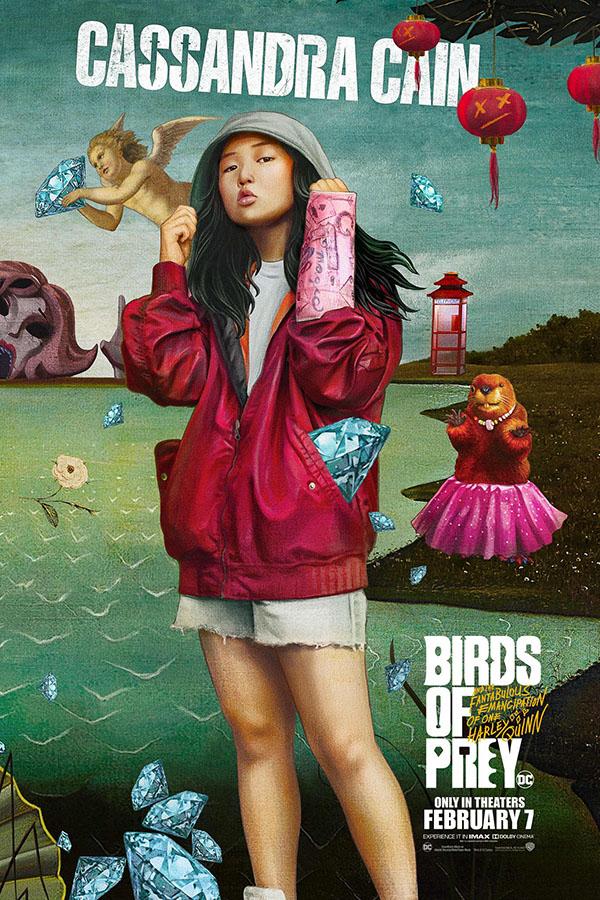 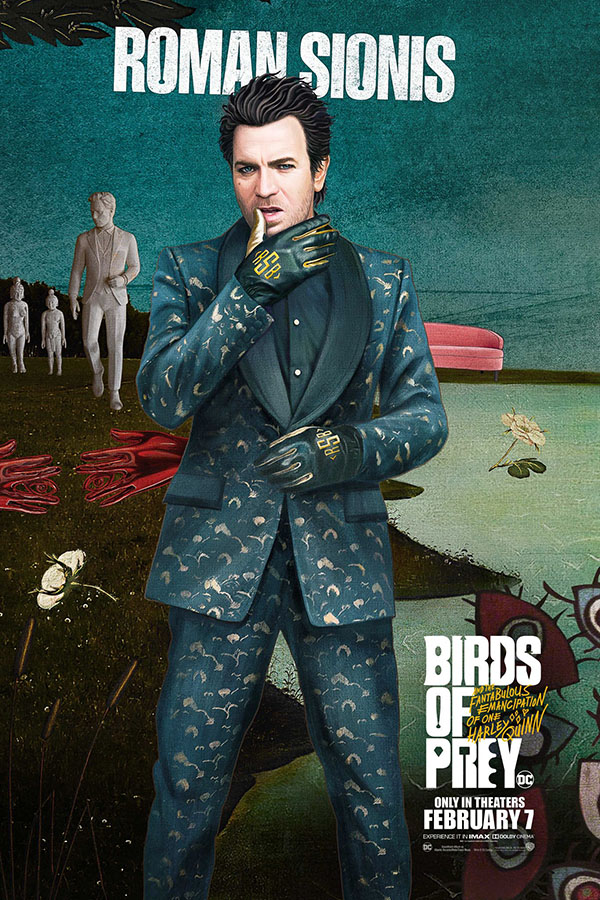 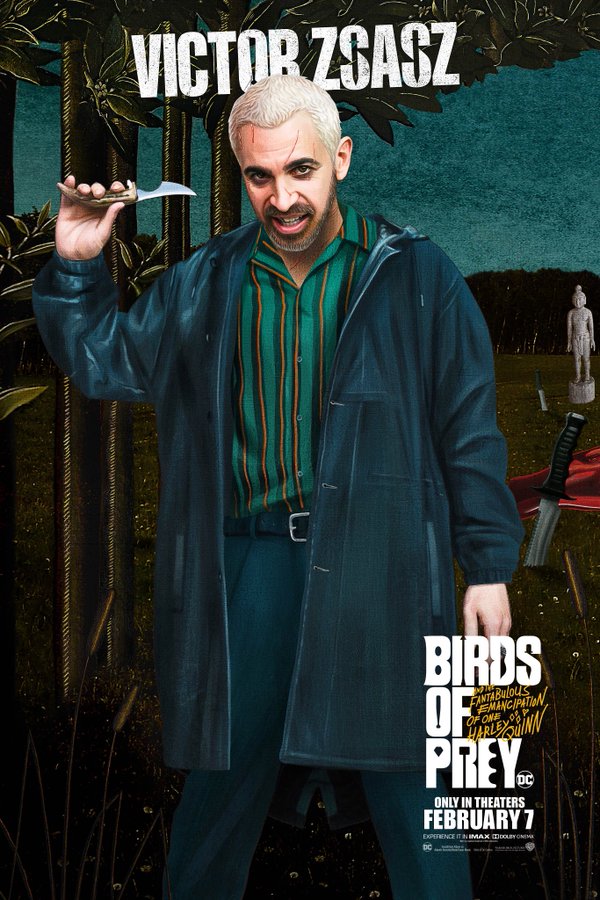 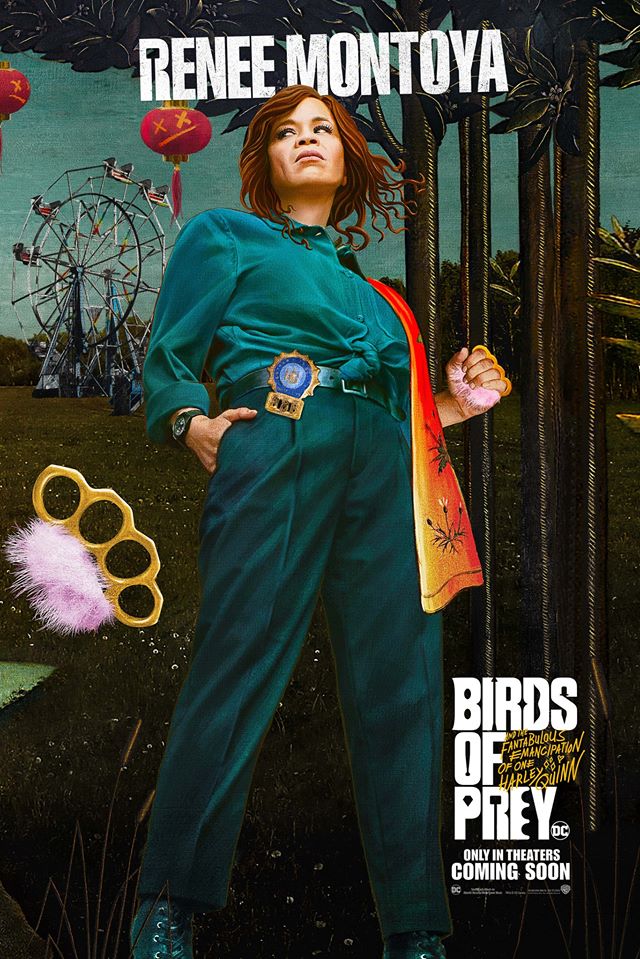 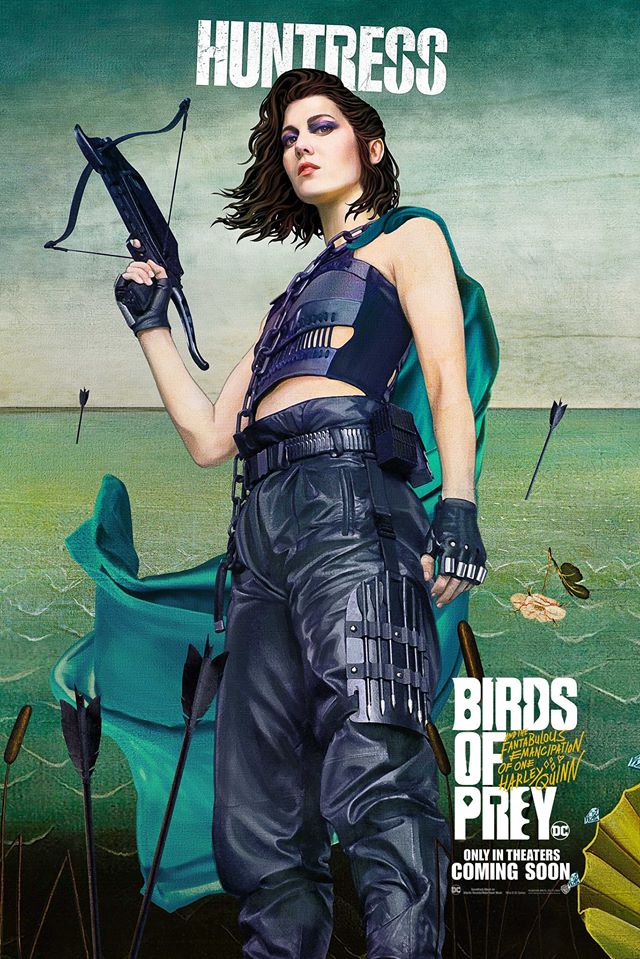 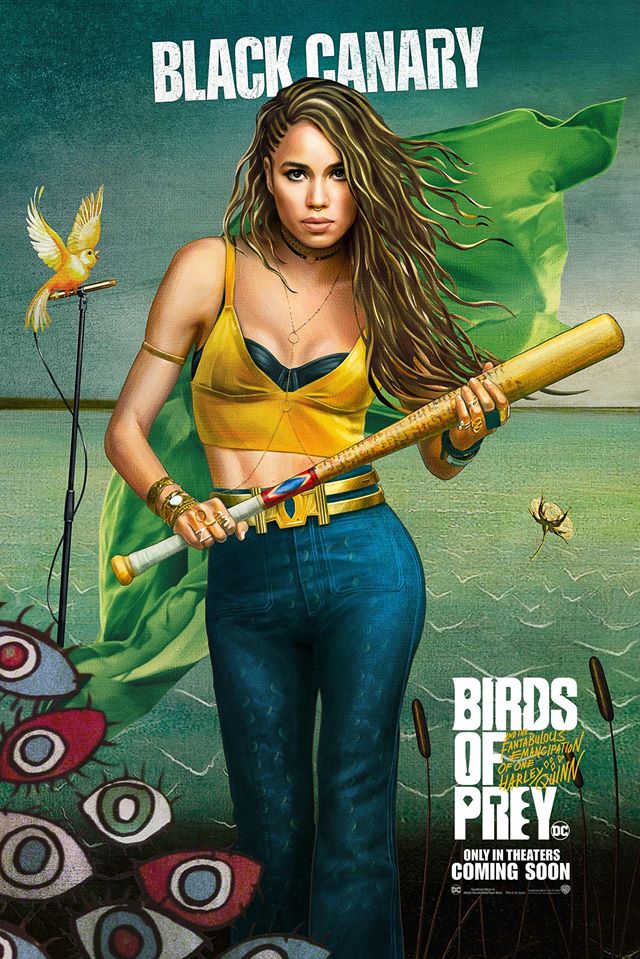 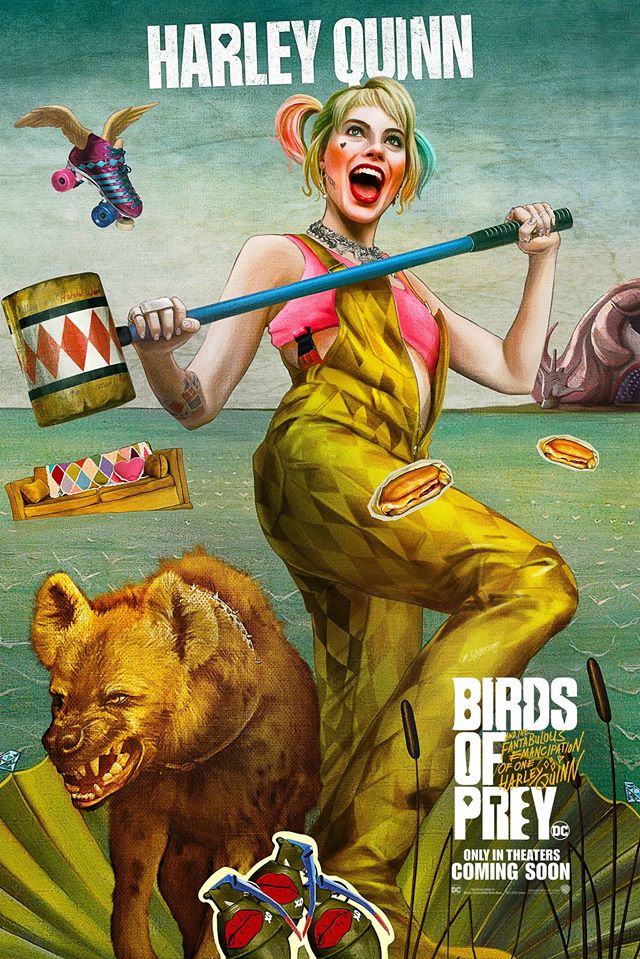 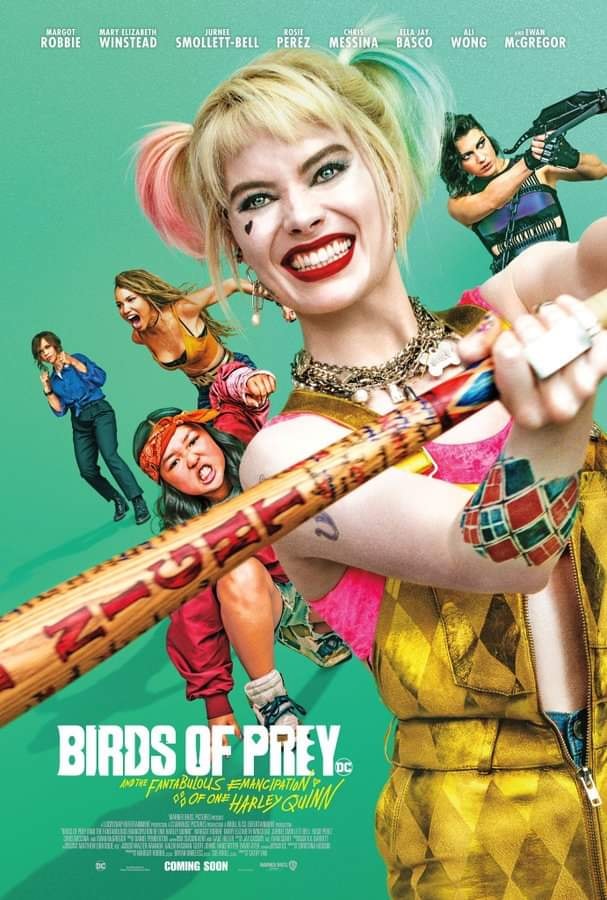 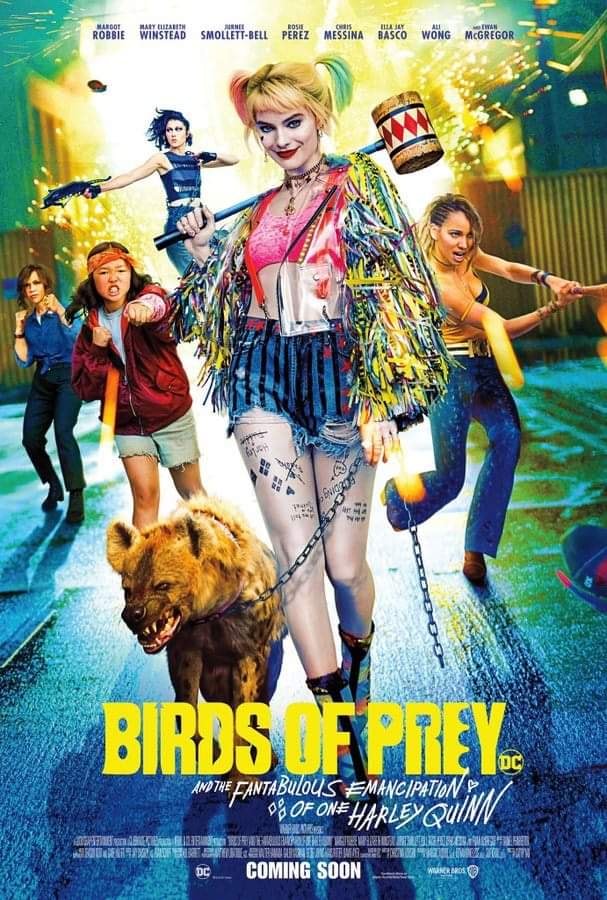 The two new alternate posters are more traditional than the pop art style that was introduced earlier this week. They showcase the cast is some sort of action pose with Harley, of course, front and center leading the charge. They’re fine posters, continuing to portray the frenetic energy of the marketing material so far.

It’s the character posters for Birds of Prey that require more analysis. These posters continue the style as the first established earlier this week, with the same backgrounds. They’re semi-surrealist posters taking inspiration from the Renaissance, making the posters look more like paintings. Like some Salvador Dali works, the backgrounds are filled with seemingly random objects. However, upon further inspection, you will see various things that start in one poster and continue in another. With their powers combined, they’d make one giant poster. So I went the extra mile and combined them for you, because I care. (I just learned that something like this is known as a heptatych!)

There’s a lot going on in the background that I don’t think I could possibly try to analyze without losing my mind. Either way, this movie looks extremely wacky. Aside from the art style, I have to say that the tone is not particularly different from Suicide Squad before it. It seems wacky and off-the-wall strange, just like SS was supposed to be.

I’m not a fan of Victor Zsasz’s look. With how cartoonish this movie is, they could definitely get away with the Zsasz from the comic books. Or maybe, the slash marks on his body could be a little too extreme for the MPAA rating. I do love, however, Ewan McGregor’s take on Roman Sionis. Instead of a generic vengeful crime boss, we’re getting a murderous David Bowie. It’s so… fantabulous. (I will not apologize for that.)

What do you think? Are you looking forward to Birds of Prey? Do these posters do a good job of getting you excited for the flick? Stay tuned to DKN for more updates.

Birds of Prey (and the Fantabulous Emancipation of One Harley Quinn) hits theatres on Februrary 7, 2020.