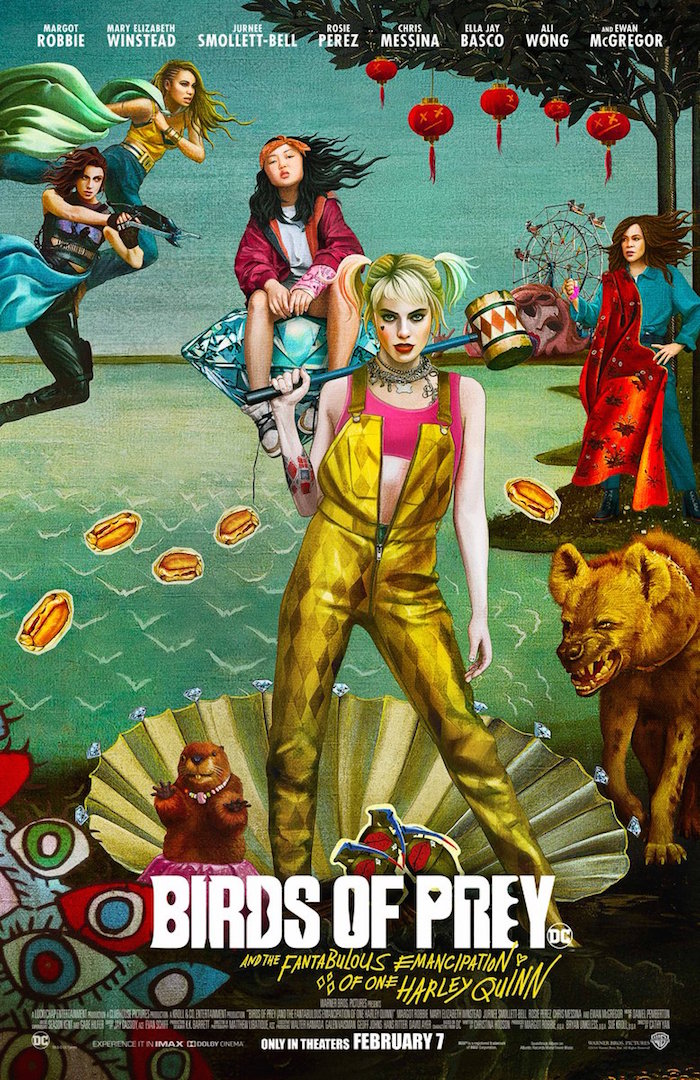 Harley Quinn stands front and center of the new Birds of Prey poster, which also announces her “Emancipation”. It’s definitely a frenetic look for the ensemble cast and is more like a “Where’s Waldo” puzzle, as your eyes cannot drink in enough of clues as to what is new to the fans following the release of this movie.

The poster is like a pop-art twist on a Renaissance painting, with Harley surrounded by a floating Huntress who hangs off the leg of Black Canary, flying in the sky. Cassandra Cain sits atop a giant jewel while Renee Montoya wears a red sheet in the background.

Aside from the members of the Birds of Prey sits a curious figure: a beaver next to Harley’s foot that emerges from a hole and sports a necklace. That is indeed Bernie the Beaver, a DC Comics character owned by Harley making his debut in Birds of Prey.  And of course, a Hyena baring its teeth.

Birds of Prey flies into theaters on February 7, 2020.

What do you think of the new Birds Of Prey poster? Sound off in the comments.