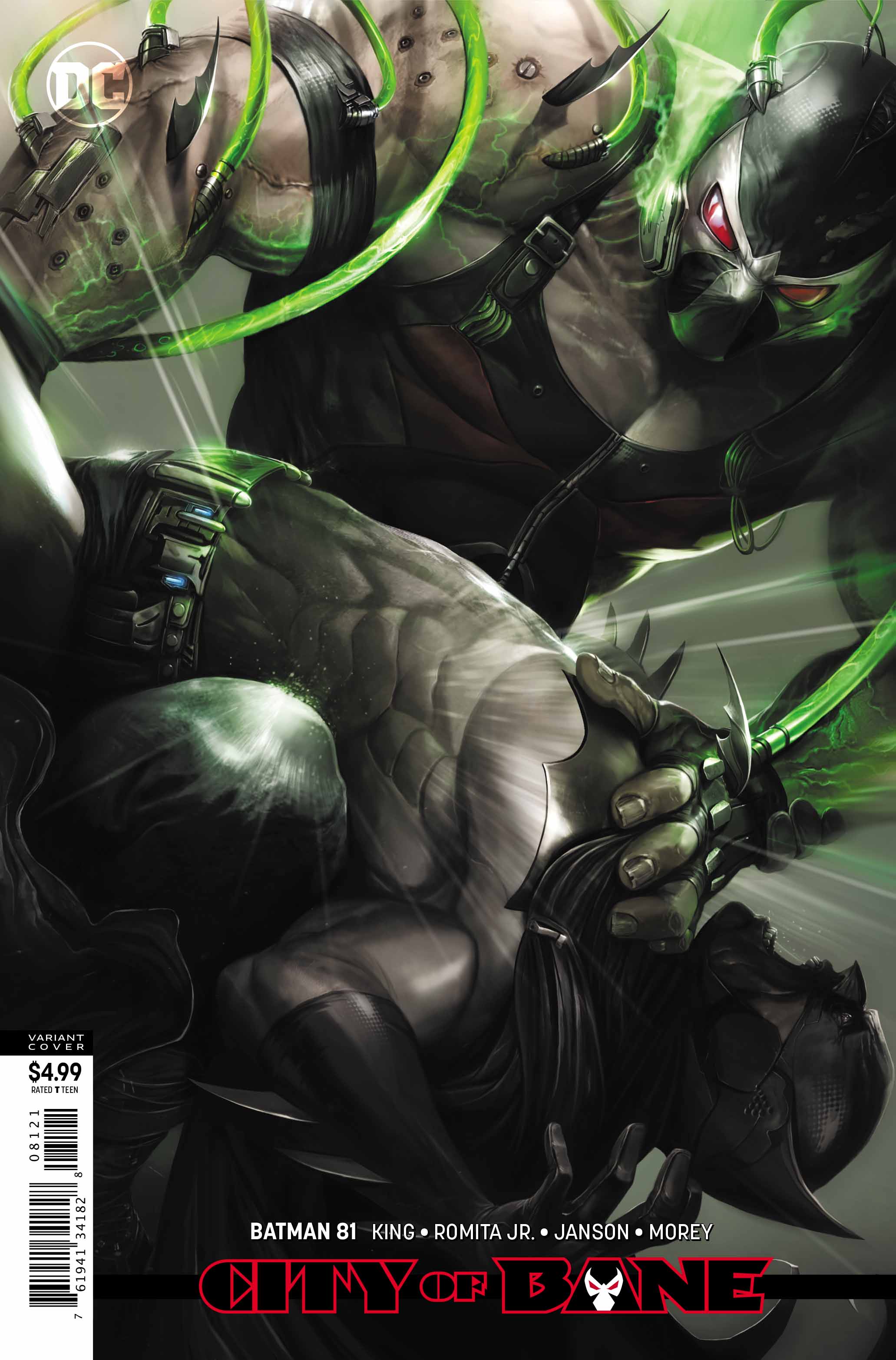 If readers enjoyed the issue #80, then Batman #81 delivers more of the same. Batman and Catwoman are fighting their way through villains to get to Bane. While there’s a level of redundancy that has the issue teetering on being borderline repetitive, the good news is that writer Tom King inserts just enough plot progression and backstory to keep things fresh. The bad news is that the manner in which he does it is surprisingly un-engaging, in my opinion.

Flashpoint Batman vs. the Bat-Family

For example, the plot featuring Flashpoint Batman is a potentially interesting one. The more we see Thomas Wayne, the more he appears to be truly pulling the strings,and we get to see more of his actual character motivation. 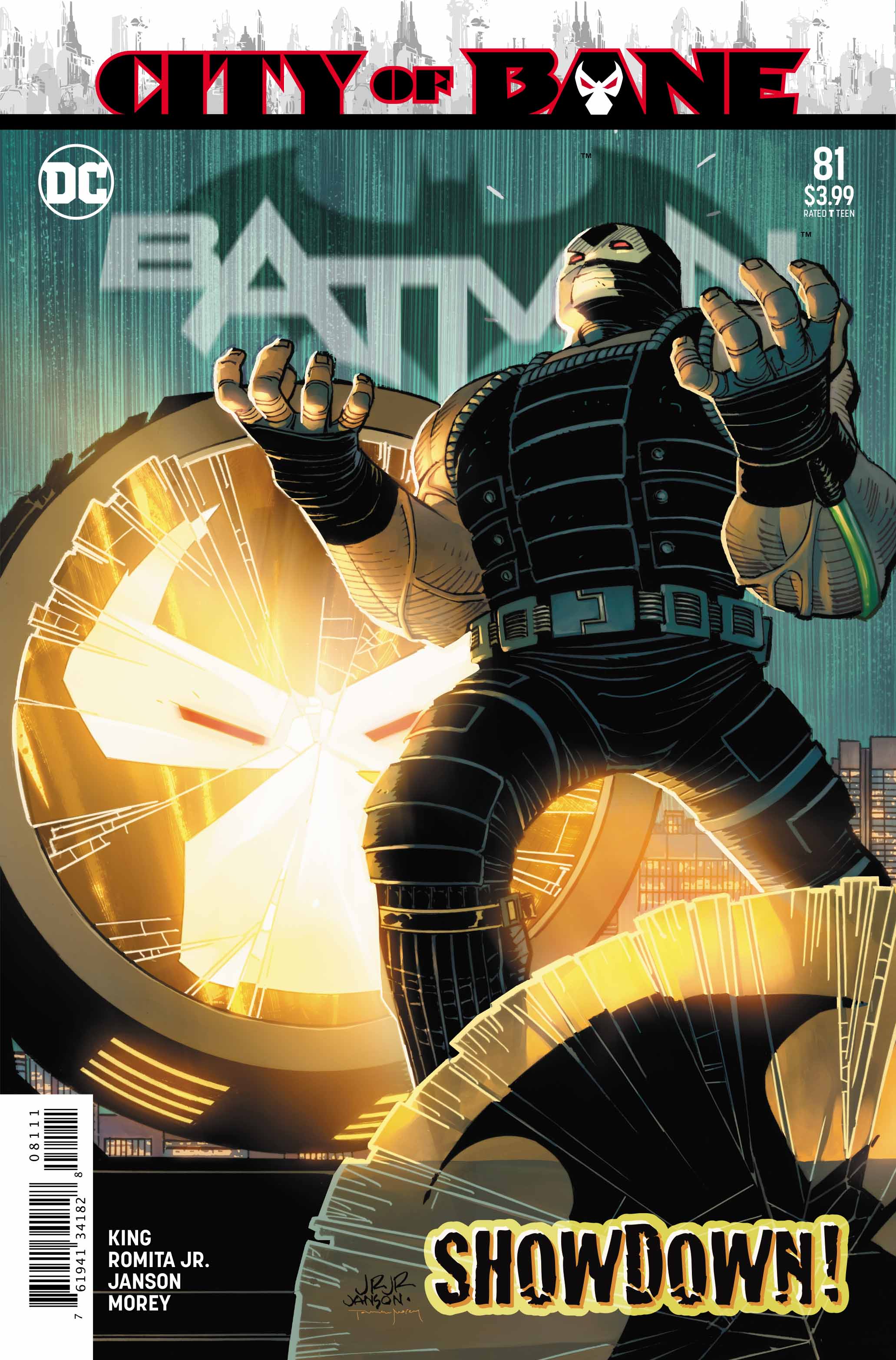 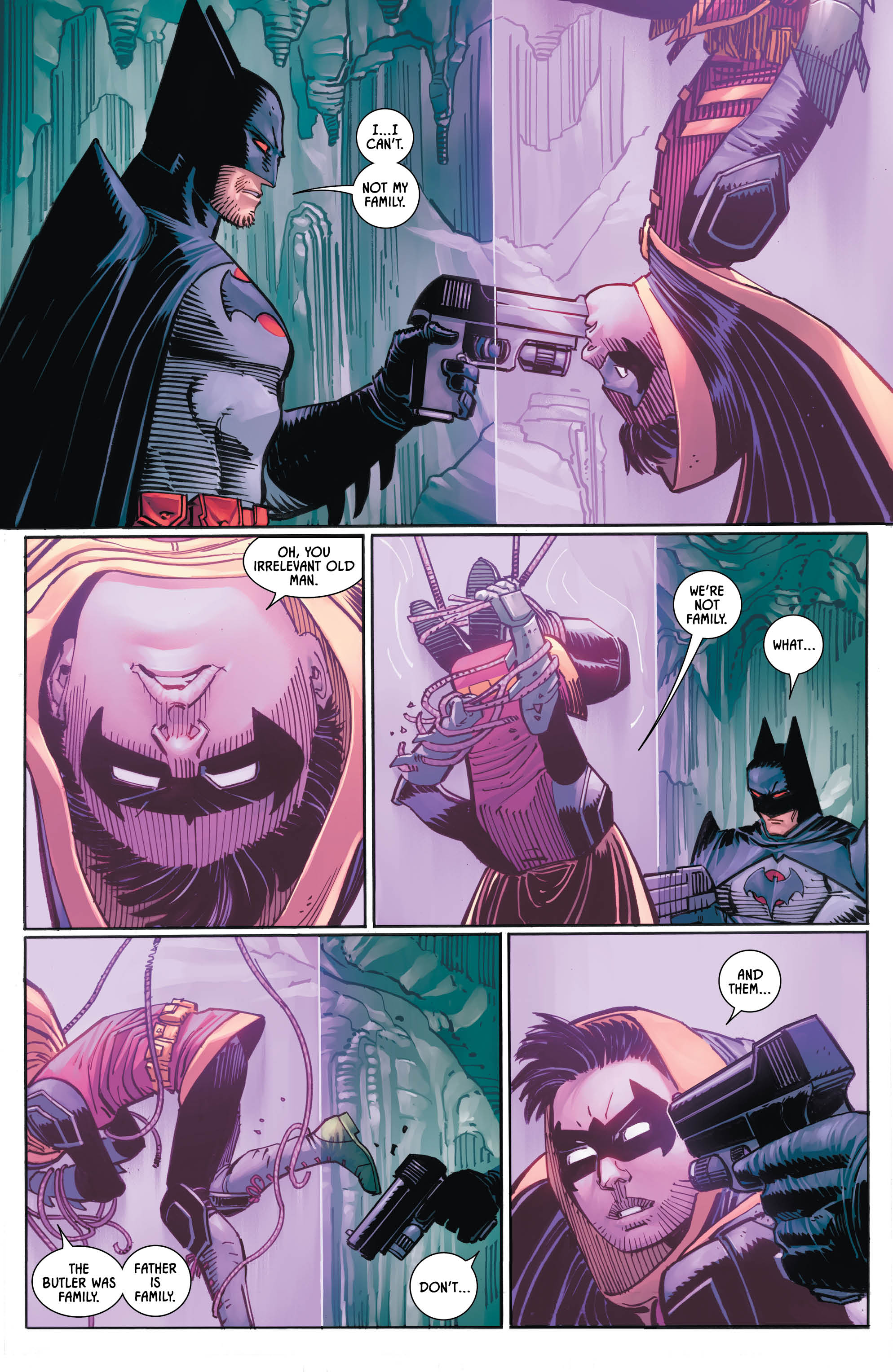 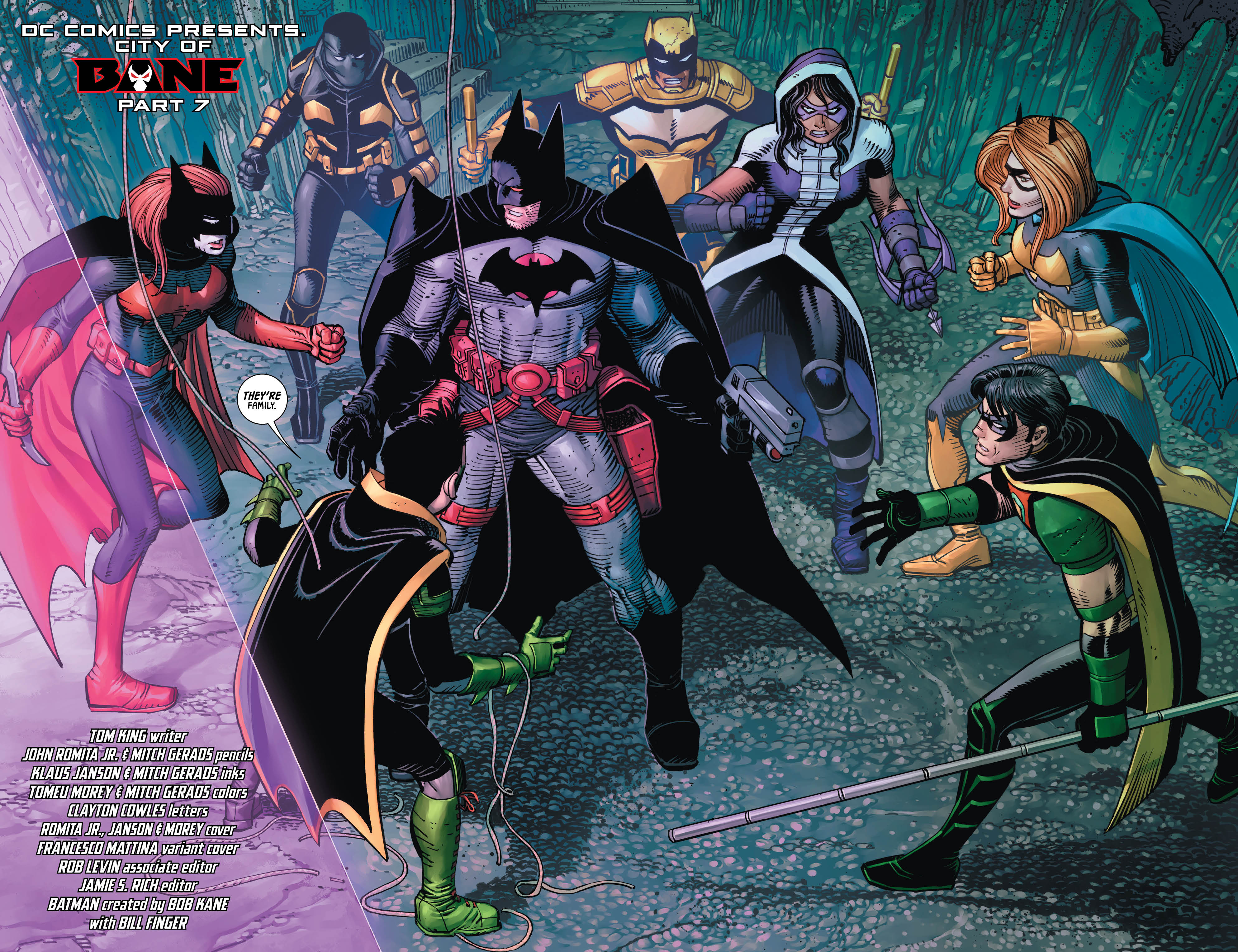 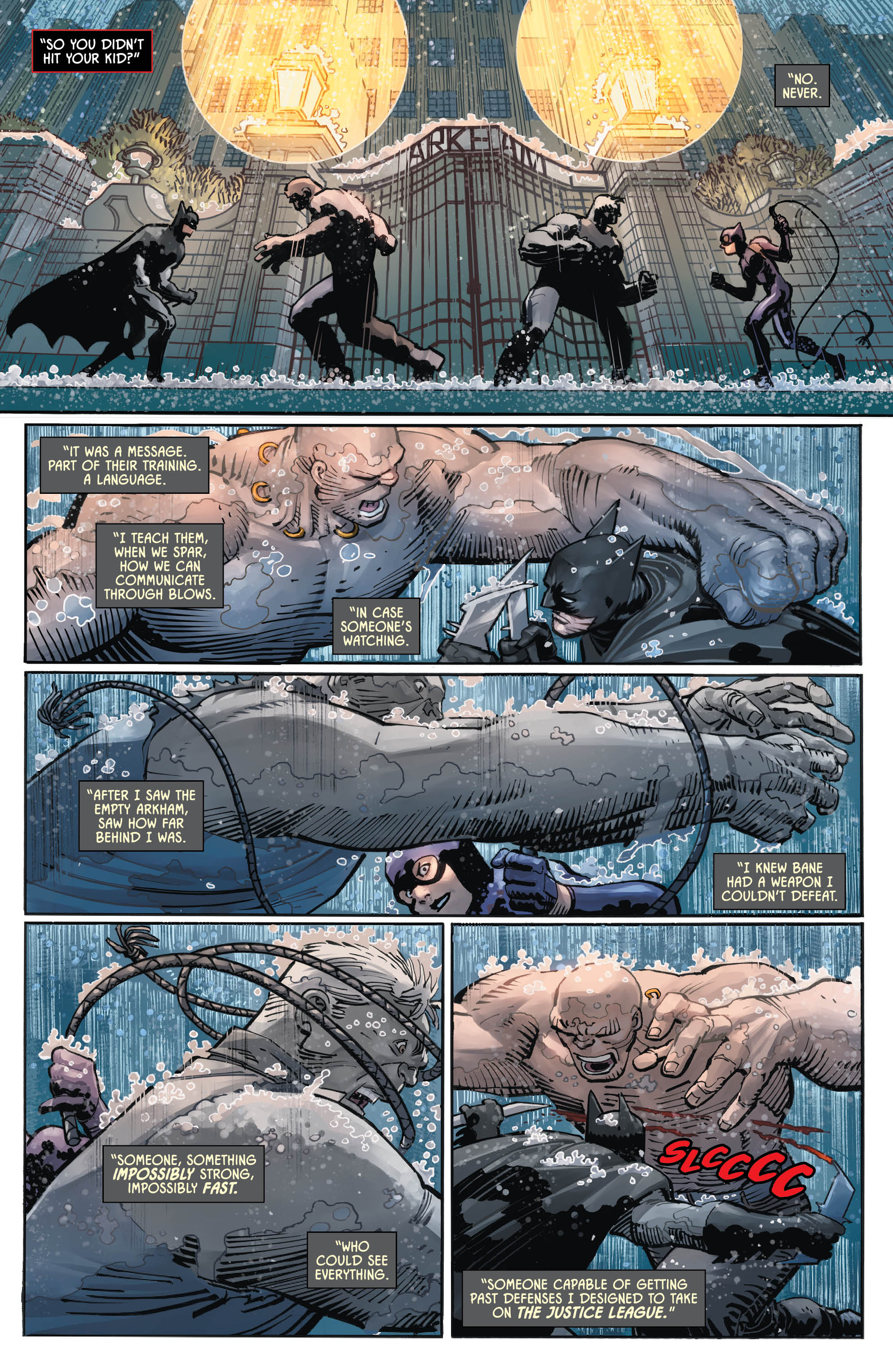 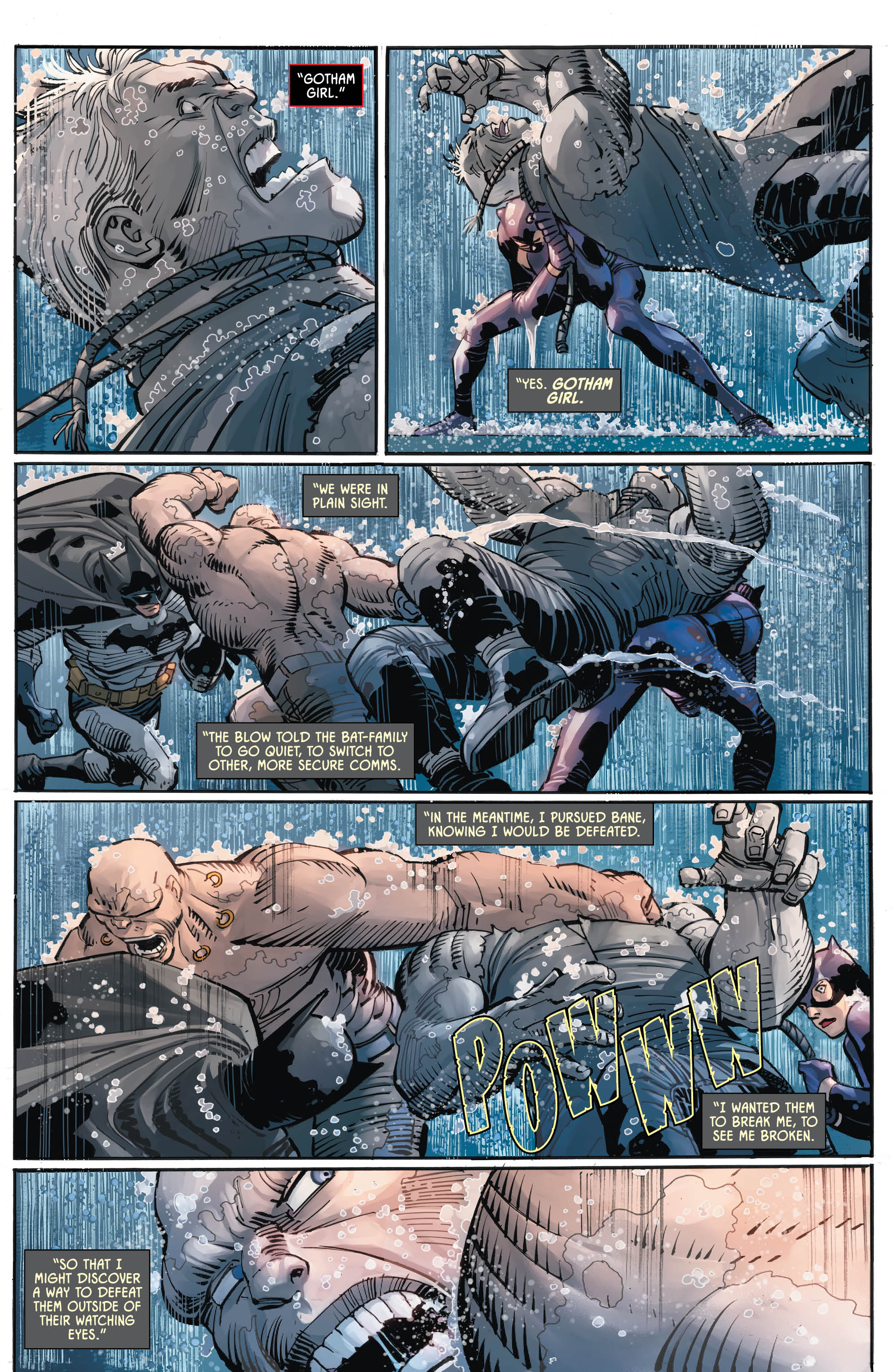 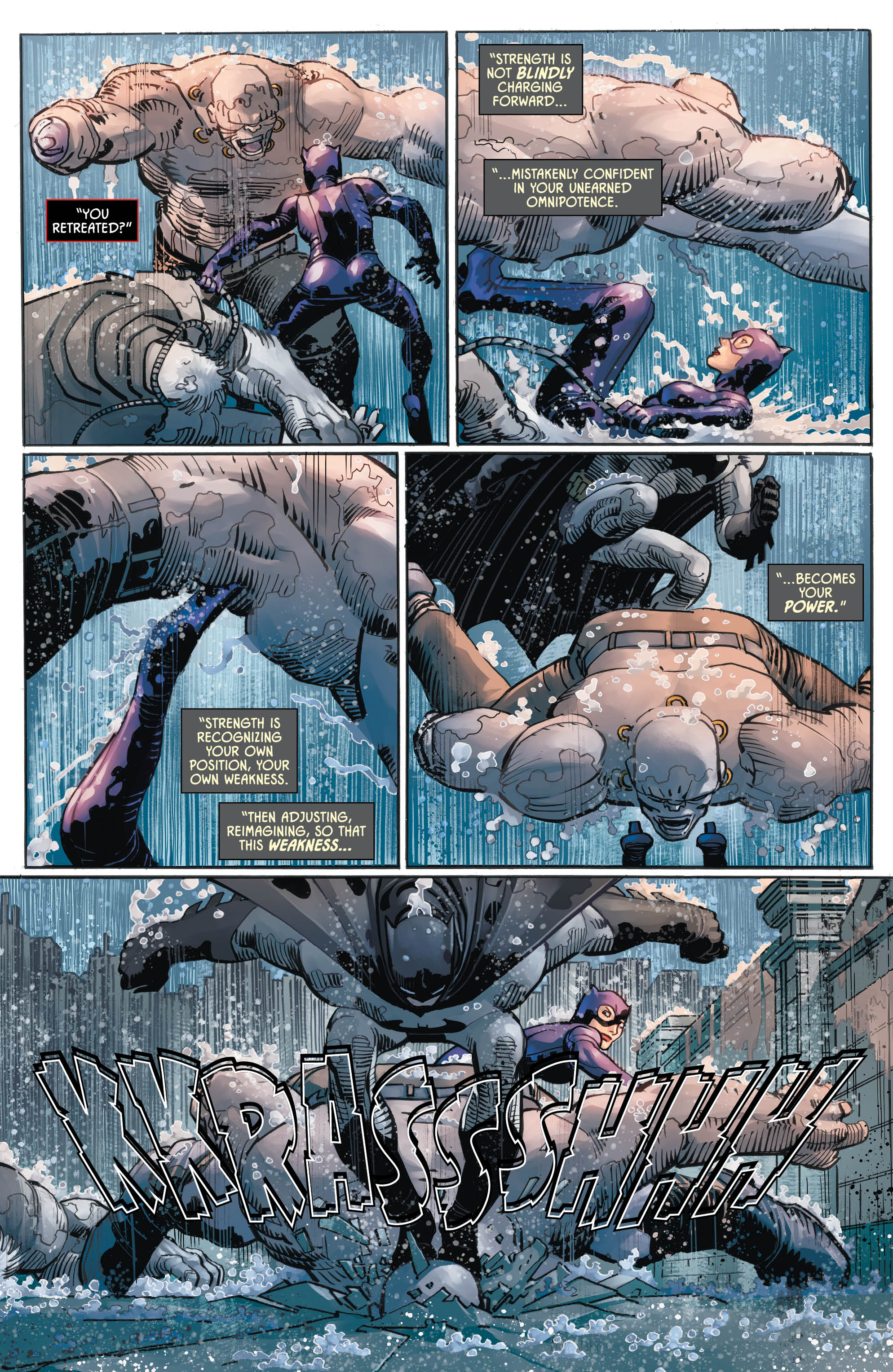 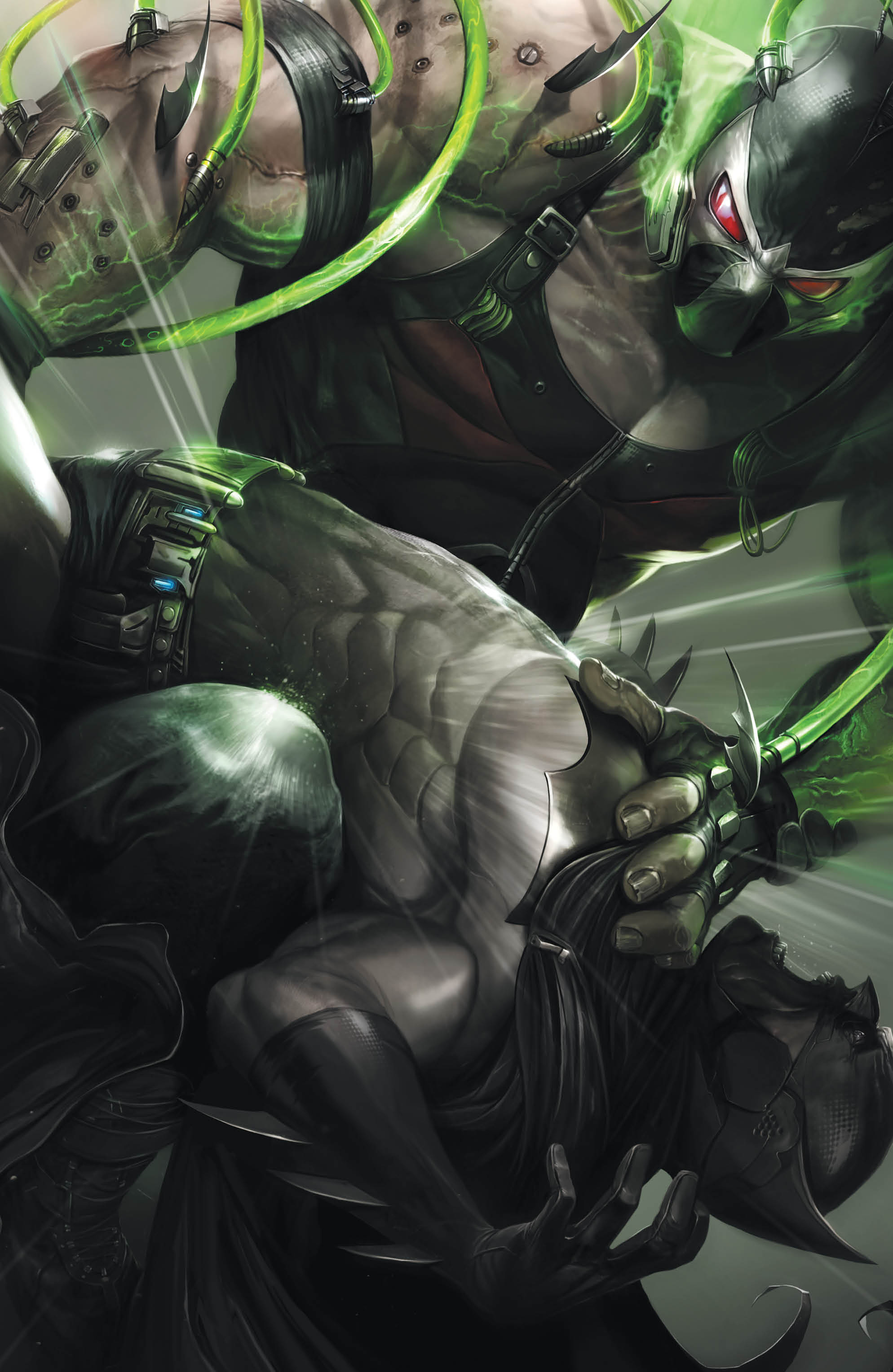 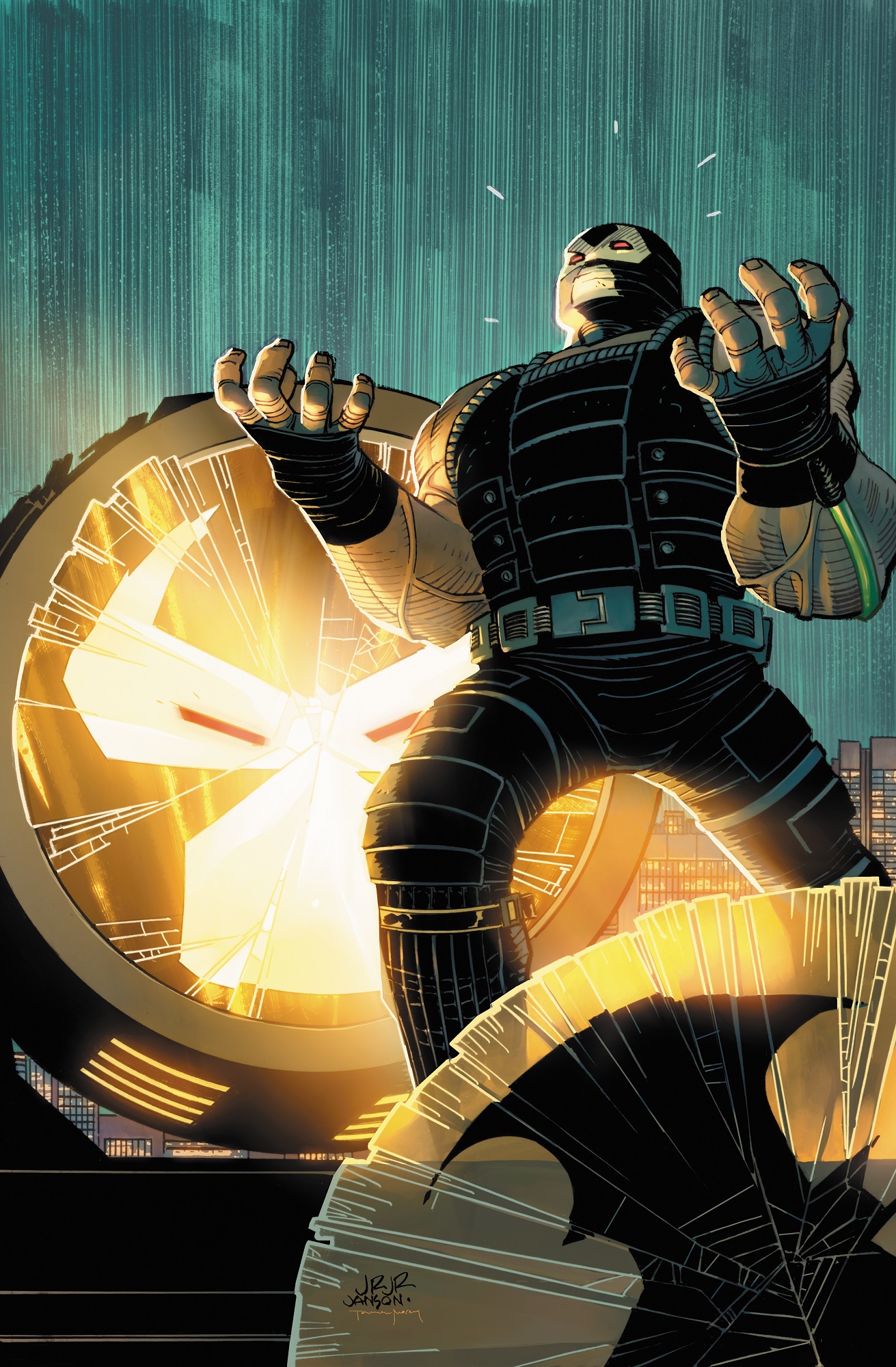 However, some fans may take issue with the fight between Flashpoint Batman versus the Bat-family. I found it surprisingly boring. Artist John Romita Jr. chose a restrictive horizontal-panel and nine-panel layout to stage the fight. The small panels almost exclusively allow for only tight shots. The characters are kicking and punching each other, but we only see a part of their heads and arms. There is no sense of space and little sense of motion. We don’t see a lot of variation in the characters’ fighting tactics either. Almost all of it is taking turns punching and, to make things worse, the resolution is silly and unbelievable too. Overall, it makes for a very lifeless battle scene.

Fortunately, the Catwoman and Batman versus rogues gallery action is far better, there’s more variety in the combat at least. The other saving grace is how King uses the fight scenes to simultaneously give more context and backstory to the previous chapters. It’s great to see King has been subverting our expectations and re-contextualizing previous issues.

Unfortunately, King has to tell us in what I found to be the most boring way possible- with captions, where Batman explains the whole plan during some unseen scene. However, it also robs readers of the dramatic experience of Catwoman’s reactions. Readers almost never see the events dramatized. It’s like reading a prose, as it literally tells without showing.

For me Batman #81 pulls its narrative threads together in an oddly boring way. King teases just enough to keep things intriguing, but the mechanics of the storytelling feel very pedestrian.