Every Batman has something slightly different about him. Maybe it’s a new gadget, or a slightly darker shade of grey on his costume. Most notably however, is that every Dark Knight has a Batmobile to cruise around in. There are few however, quite as iconic as the classic 60s Batmobile. I know it holds a special place in a lot of bat-fans hearts.

Now it can hold a special place in your house as well! The wonderful people over at Sideshow have created some of our favourite figurines and statuettes. They’ve now added a 1:32 scale replica of the 60s Batmobile to that list.

It’s a limited edition item priced at $400, with a payment plan of $120 per month. You can pre-order yours here. 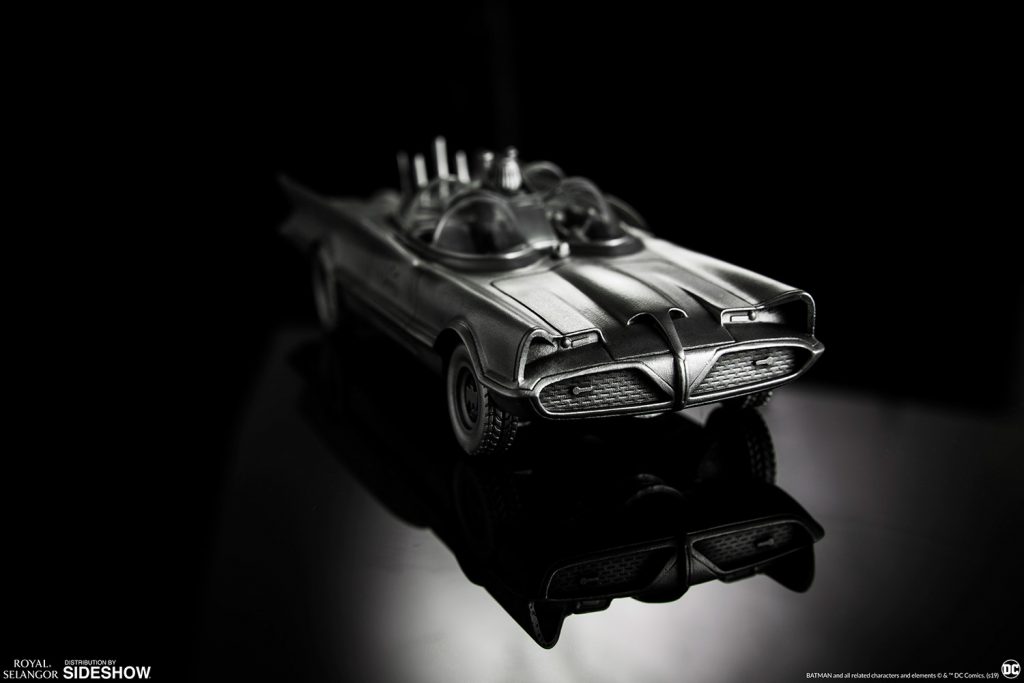 Here’s what Sideshow had to say about the piece:

With a SOCK! POW! and BIFF!, the Dynamic Duo combats villains in the wonderfully camp Batman TV series of the late 1960s. Possibly the most beloved of the show’s props, certainly the most recognizable, the classic more-is-more Batmobile checks every box when it comes to vintage technology, with its distinctive rear rocket booster, and a ludicrously extensive arsenal of gadgets. Our 1/32 scale version, presented in a stylish satin finish to accentuate every detail, replicates the souped-up vehicle meticulously.

The limited-edition replica includes a bonded porcelain display plinth in matte black, with design details fans will recognize. The beloved Batmobile embodies nostalgic elementals such as the classic Batphone, a spiral graphic provides a hypnotic backdrop, whilst the opening title’s Batman symbol spins to mimic the distinctive scene transitions on screen.

A limited-edition of 3,000 individually numbered pieces worldwide, make this part of your Batman Collection. Kapow!

Imagine having your very own classic 60s Batmobile… exciting stuff!