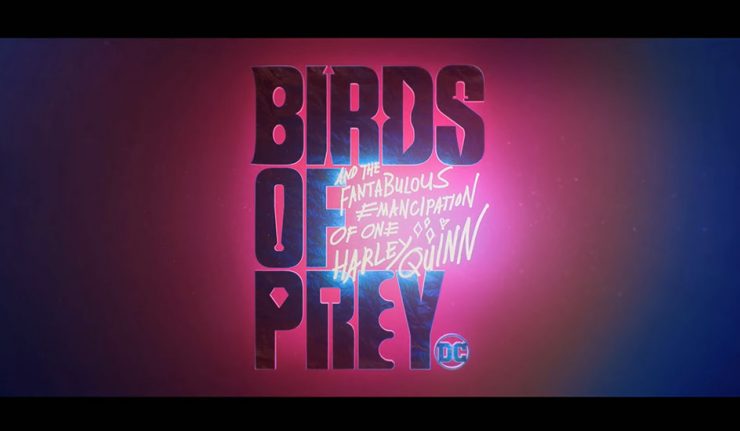 For those that have been paying attention to the internet recently, you would have seen another trailer drop. This time for Birds of Prey, we’ve already covered the trailer release very briefly along with the poster releases.

But now it’s time to take a deeper look at the trailer.

Firstly, the main thing to notice is the much heavier Harley Quinn accent. The accent sure is thicker than it was in Suicide Squad. Whether that’s because of the emotional trauma of her break up with ‘Mistah J’ or not remains to be seen.

Then we have the rest of the Birds of Prey: Black Canary, Huntress, Cassandra Cain and Renee Montoya.

Jurnee Smollett-Bell’s Black Canary looks to be the pick of the bunch so far. I love her hair style, and the slight hint of her powers in the trailer too. For those that didn’t catch it, as she’s singing and the camera pans out the martini starts to vibrate.

It looks like this also might be an origin story for Ewan McGregor’s Black Mask. Throughout the trailer we never see him with the mask on. We do see however, what looks like a breakdown for the character, one that may lead to him donning the mask.

What I love the most about the clip, however, is that it seems more like we’re getting a more comics accurate Harley. She’s dropped the baseball bat, for the iconic Harley hammer. There are also two times in the trailer that we see Harley with at least one of her infamous pet hyenas. I’m definitely curious to see how far they take the accuracy.

For me, the most interesting scene is just before the title card as Harley is walking away from a massive explosion. Just in the background we can see that the building behind her is the Ace Chemicals factory. What implications this will have on her character, only time can tell.

Everything that has been coming out to promote this movie has been getting me more and more excited!