In a surprise tweet yesterday, James Gunn announced the full cast of The Suicide Squad. The tweet simply said “Don’t get too attached” along with, presumably, the first poster of the film with all the major actors appearing in it. 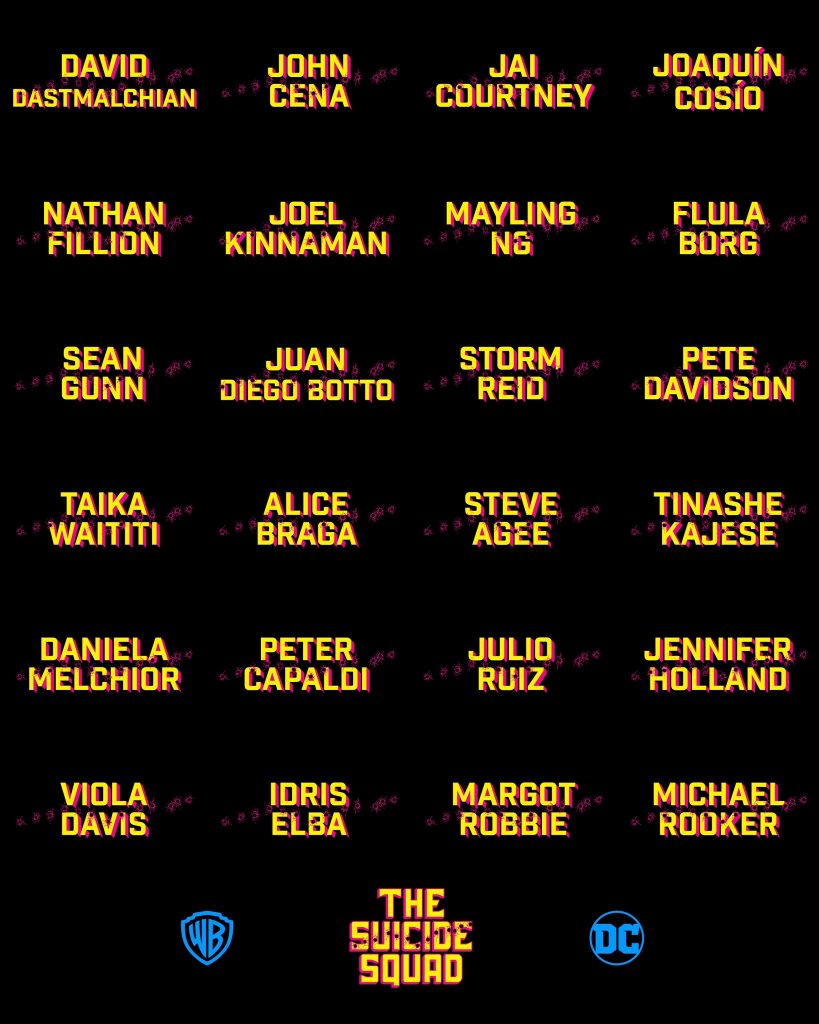 As you can see from the official list, there are a lot of returning faces. Margot Robbie (Harley Quinn), Jai Courtney (Captain Boomerang), Viola Davis (Amanda Waller) and Joel Kinnaman (Rick Flagg).

Of equal note is the confirmation of actors who will not be returning. Will Smith (Deadshot), Cara Delevingne (Enchantress), Jay Hernandez (Diablo), Karen Fukuhara (Katana), Adewale Akinnuoye Agbaje (Killer Croc) and Jared Leto (the Joker).

We also get the official confirmation of various newcomers. Idris Elba was rumored to be taking over the role of Deadshot from Will Smith, but now it’s unknown which character he’ll be playing. Also, Michael Rooker, though he denies it, has been rumored to be playing King Shark. A character Gunn was teasing last month.

Of course, with so many actors being confirmed, not every one of them is going to have a major role. The majority will likely be cameos, much like Slipknot and Batman in Suicide Squad. James Gunn teasing fans not to get attached, along with this being a suicide squad, also alludes to a lot of these characters not making to the end of the film.

Filming of The Suicide Squad begins in Atlanta on September 23rd. We will likely learn which other characters will appear in the film then.

The Suicide Squad is scheduled to hit theaters on August 6, 2021.